The Resurgence of Typewriters? Part 3 - Transparent Bodies for Prisoners 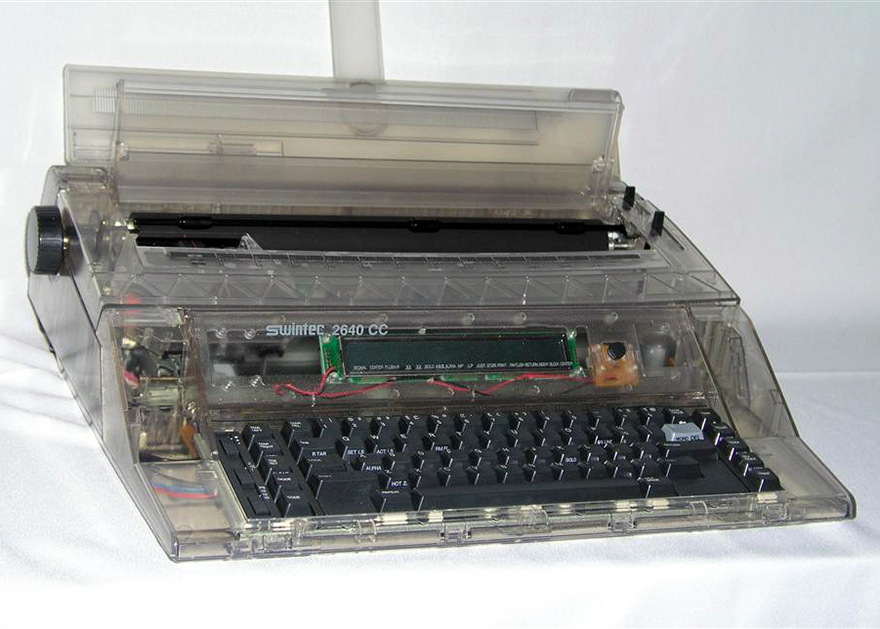 So it's the 1980s and you're running a company that makes typewriters. Sure, some of your customers are switching over to these new things called computers, but overall business is pretty good, and sales are growing each year.

Then the '90s hits, more people start using these stupid computers, and business starts to decline. What do you do? Where's the growth market, or at least the steady market? For New-Jersey-based typewriter manufacturer Swintec, their answer was locked up in U.S. prisons.

At some point in the late '90s, Swintec realized that a subset of the incarcerated need or want typewriters, to type up their own legal briefs, write correspondance or pass the time doing something productive. Swintec was also presumably aware of the Sony SRF-39FP portable radio, a.k.a. "The iPod of Prison"—the "FP" in the product name stands for Federal Prison, which is why the housing is transparent. Guards can easily inspect it to see if there's contraband hidden inside. 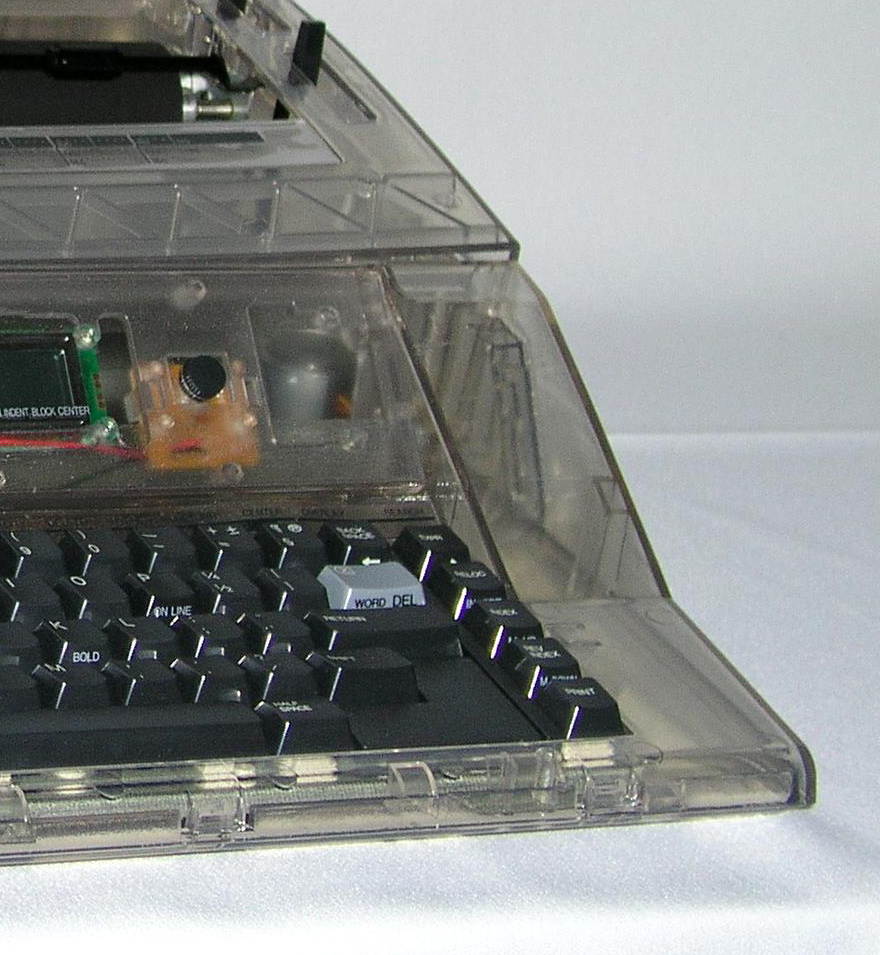 Swintec began making transparent typewriters in the early 2000s, and today business is steady. "We have contracts with correctional facilities in 43 states," Swintec General Manager Ed Michael told Prison Legal News in 2012, "to supply clear typewriters for inmates so they can't hide contraband inside them." In 2013 the Wall Street Journal reported that "In Texas, state prison inmates have purchased more than 1,500 Swintec typewriters since 2011 from penitentiary commissaries for up to $225 a pop." "In 'the box,' all I did was write," author and ex-con Daniel Genis told NBC News earlier this year.

Of course there's always the possibility that a typewriter, with all its metal parts, could be disassembled and used to make weapons. The state of Nevada banned typewriters in their correctional facilities in 2007, following a pair of assaults using typewriter parts. "Historically, typewriters have been an issue because their parts can be turned into weapons," Greg Smith, a former guard and current state corrections spokesman, told Fox News.

Gary Piccinini, a senior officer with the department, said in a memo that several parts in particular are deadly. The rubber roller on one type of typewriter has a hollow piece of cylindrical metal inside that's 14 inches long and "is very heavy and could be used as a club." The cylindrical piece in the Brother typewriter "can also be made into a stabbing weapon." The Canon typewriter has two other metal parts that can be sharpened into a slicing type weapon, he said.

...In December 2006, Anthony Beltran was killed, allegedly by cellmate Douglas Scott Potter. The weapon was "the roller pin from inside the platen of the inmate's typewriter," Greg Cox, deputy director of operations for DOC, said in an affidavit. "It is easily accessible and easily concealed."

However, while Canon and Brother typewriters are mentioned in the report, Swintec is not; it is not clear if Swintec doesn't do business in Nevada, or if they've designed some type of anti-disassembly measures into their products. In any case, Nevada's typewriter ban was met with injunctions and filed actions from prisoners. "It is simply irrational to blame the December 2006 attack on a typewriter, when televisions, extension cords and even prison boots have been used and are available in situations similar to the December 2006 incident," two inmates wrote in a motion seeking to have the ban lifted.

Genis, the jailhouse author interviewed by NBC, apparently feels that selling the machines (presumably in contrast to providing them for free to inmates) is what made them safe during his time inside. "Nobody ever takes apart a typewriter to make a weapon because the thing is just too expensive," he said in his interview. "And the kind of people who have typewriters are not the kind of people who need weapons."

The Resurgence of Typewriters? Part 3 - Transparent Bodies for Prisoners