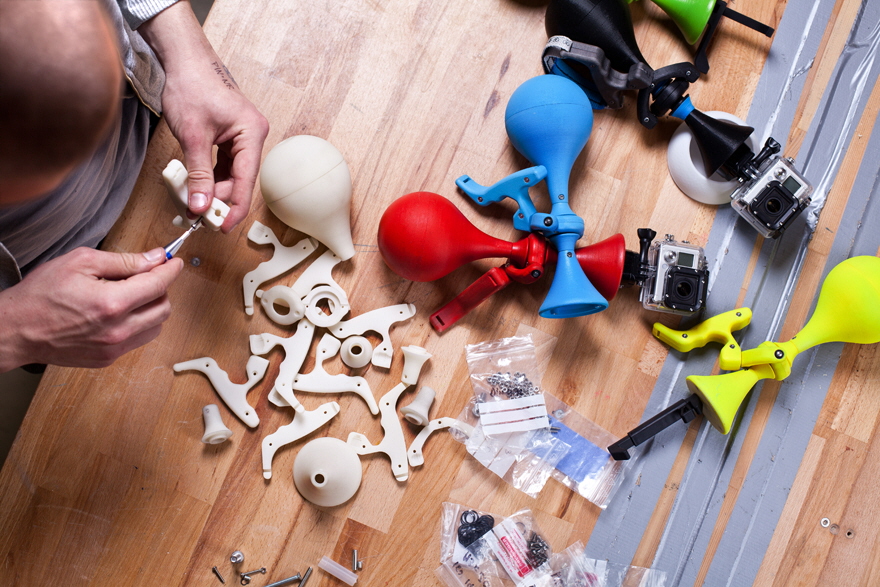 Berlin has rapidly made a name for itself as one of the foremost cities for tech startups to ahem, start up. In addition, to the budding companies that call the German capital home, we also have heavy hitters such as Soundcloud, Eyeem, plus satellite offices of Twitter and Etsy for good measure. With such an array of software and online products I've been asking around—dewy-eyed as a newly minted Berliner—where are all of the hardware tech companies?

One answer is that they do in fact exist, the tech hardware scene is growing tremendously particularly as wave after wave of creative and technologically inclined young people flock to the city. I first came across LUUV, a promising group of Germans building a camera stabilizer for your trek through the Bavarian Alps or skateboarding in Alexanderplatz during the international betapitch global event in Berlin.

The design philosophy of LUUV reads almost as a Design 101 case study on the importance of fast prototyping and direct user research. Fresh from a long series of pitch competitions and as new alumnus of the tech accelerator HARDWARE.co, co-founder Tim Kirchner shared his thoughts on 3D printing and skateboarding culture in Germany. In the interview below, Kirchner elaborates on LUUV's success and the hardships of bringing a product to market, setting your sights on international distribution, and building a community from the ground up.

Core77: How did you guys started with LUUV?

Tim Kirchner: The idea of LUUV goes back to one of our co-founder Felix, who was filming with cameras like the GoPro. From the beginning, he was having this problem from the beginning that when filming with it either in the hand or attached to your head, you always end up with shaky, crappy footage you don't want to show your friends. In December 2012, Felix was on a snowboarding trip to Austria, and built a little DIY stabilizer, basically a stick with a weight on it to film for fun around the cabin and in the evening. He was traveling with a friend of his who works a big media studio in Germany, when the friend was looking at the footage, he started saying, "Wow, it's really impressive and stable." That's really where the idea of LUUV was born. 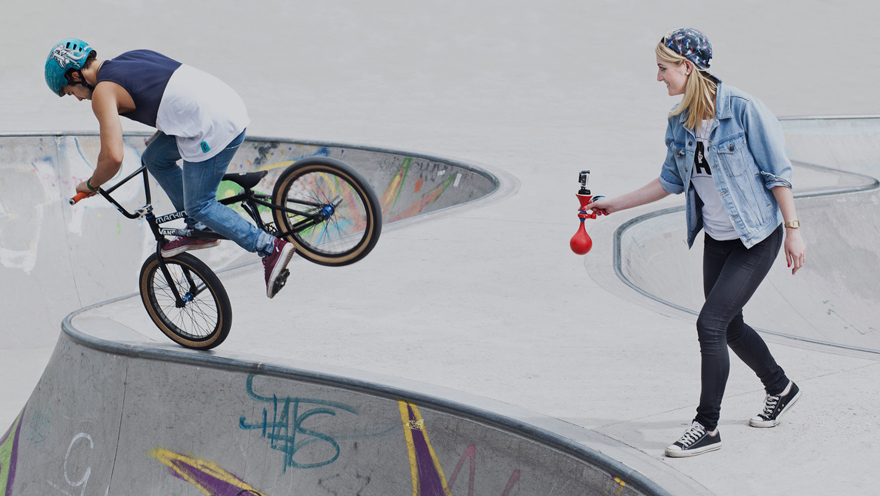 What distinguishes LUUV from other stabilizers on the market?

LUUV is a whole new approach; there isn't anything like this on the market. You can operate it with one hand and it's a plug-and-play system that allows you to balance any smartphone or action camera really quickly. We call it the drop design, because of its shape, which gives it a few advantages, primarily that it's extremely stable in windy conditions. Also, it works within both an up and a down mode, meaning you can flip the entire stabilizer over to film just a few millimeters off the ground.

The LUUV wasn't really developed with a traditional design approach; it was a mixture of approaches. Using 3D printing was an important decision in the beginning as well as talking directly to our target group. We have a highly involved target group that gave us a lot of feedback on the product and we essentially developed LUUV together with them, which was really cool.

What iteration of the design is this?

I think during the crowdfunding campaign, we were at number ten or twelve but I'm not sure because every part is evolving at all times during the design process. The more current prototype is around the 15th version. We are constantly testing out changes on the FDM printer at home and if we are happy with a new version of a part, we put that right into the iteration we take to our industrial 3D printing partner for larger batches of LUUVs.

So what do you think is the most difficult thing in bringing it to market at this point? Is it marketing, funding, or figuring out how to expand?

The most difficult thing is to stay focused. The startup scene in Berlin is huge and offers a lot of influences, and a lot of distractions. When it comes to the product, the most difficult thing is when to stop and ship. As a team, we have always been a group of perfectionists. At the moment, this prototype is really, really close—but we still want it to be more perfect. Probably the most important thing for us is to find a stopping point.

Where are you now in terms of bringing LUUV to market?

So we have three big steps: getting an investor, getting a distributor, and finalizing the prototype for production. Right now it's still a prototype, almost a finished product, but it works fine and it looks great. We need to specify and modify it a little bit more for mass production. One of the biggest steps for use from the beginning, while building our company, was the decision to work with 3D printing manufacturers. The small runs of LUUVs were basically handcrafted, but now we are at the point where we need to go big. 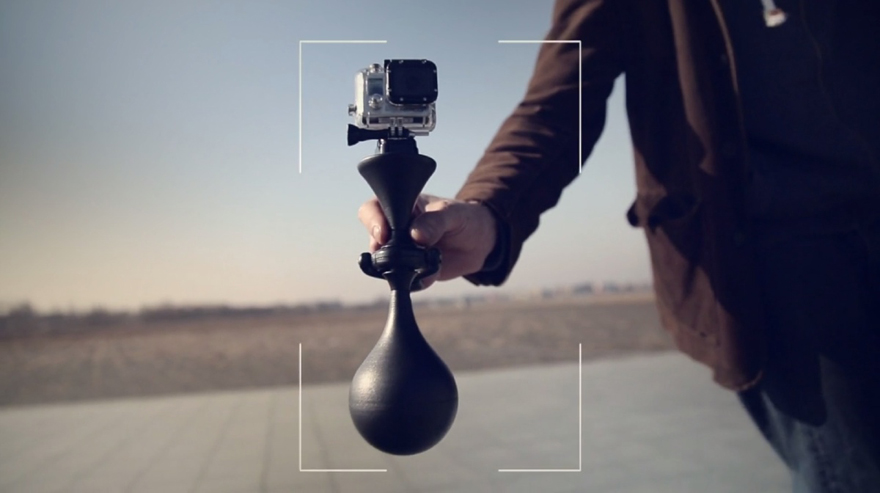 Visit LUUV to learn more about their products and the future of the company, thanks to Tim for talking with us.