Design Week Portland: Stefan Sagmeister's Hints On How To Be Happy 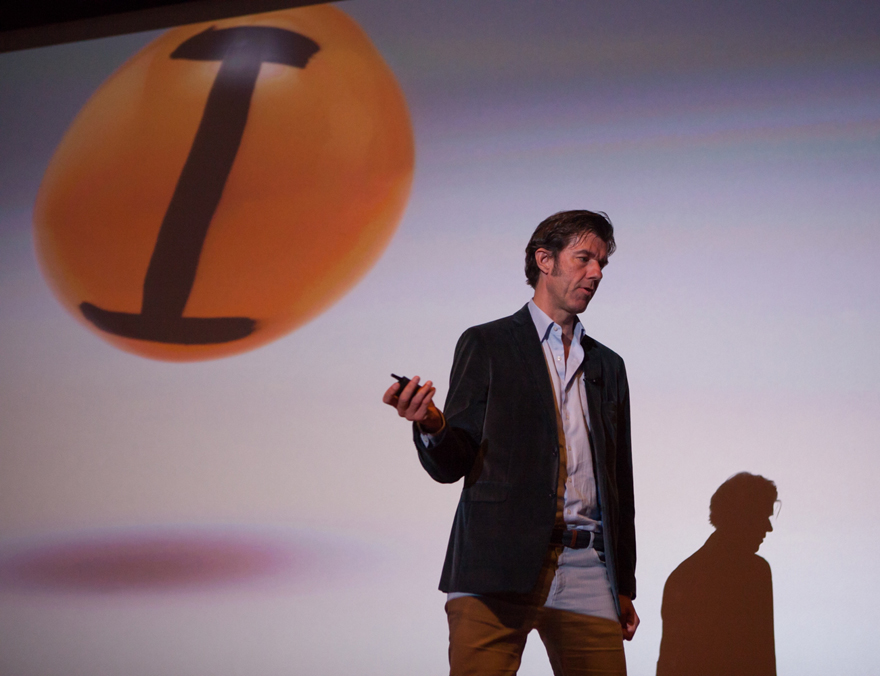 How do you feel after listening to a Stefan Sagmeister lecture? Whether you mean to or not, you probably feel... happy. Sagmeister is a plainspoken powerhouse of graphic design and a walking wealth of lifestyle koans. His Design Week Portland talk, presented by Portland's AIGA, touched on the internal and external frameworks that impact our positive emotions. To illustrate his ideas about designing happiness he veered between beautiful shots of his interactive installations and often smutty infographics unpacking what "happiness" really is and how to get it.

Using the casual, personally-oriented storytelling familiar in most of his public talks on the subject, this keynote also got technical. Through personal anecdotes and work highlights, we got a guided tour through the research and findings he came to while struggling to make his movie on happiness a reality. Up first: definitions and limitations of happiness. Surprisingly, it turns out that self-reporting is pretty accurate. Do you think of yourself as happy? If asked, how would you describe your life satisfaction? From the sound of it, most of our public answers would check out when tested against our MRI readings. So that's cool.

The three factors that he believes influence happiness most are our activities, life conditions, and genetics. Specifically, the more non-repetitive activities, the more supportive your social environment, the better. Genetics, as a factor you can't impact, he doesn't "care for." Moreover, the material conditions of our lives only matter up to a point—money matters up to "middle class" and then stops having an appreciable impact as you get richer than $85K/year. People, perhaps unsurprisingly, find success relative: Most people would prefer to make less money overall but more than their neighbors when opposed to making more money overall but less than their neighbors. Telling. It's also why you get a little depressed seeing everyone else doing so damn well on Facebook.

Sagmeister's own notorious work cycle, which is loosely structured around taking a long sabbatical every six years, incorporates diversity of activity and socializing into his life, which in turn helps bring diversity and social thinking into his work. Even those of us without our own internationally renowned agencies can apply those ideas. The value of seeing new things, talking to new people, and pushing your own boundaries are obvious—as he put it: "Seek discomfort."

Happiness is also bolstered by reinforcing positive information and thoughts. However, we can all relate to being fascinated by bad news, and dwelling solely on bad reviews. So why do we accentuate the negative? To start, we have a cognitive negativity bias. Our basic emotions are often reduced to anger, surprise, disgust, sadness and joy, meaning only one out of our six emotions is explicitly positive—which suggest that our brains literally process negative data more quickly. Deep in the gray matter, part of the amygdala's job is to take potentially threatening or life-challenging information in, and make decisions out of it. Fear transmits faster than pleasurable sense information because that's how we stay alive. So don't resent your negative-attracted mind, but don't fall prey to a negative confirmation spiral either. 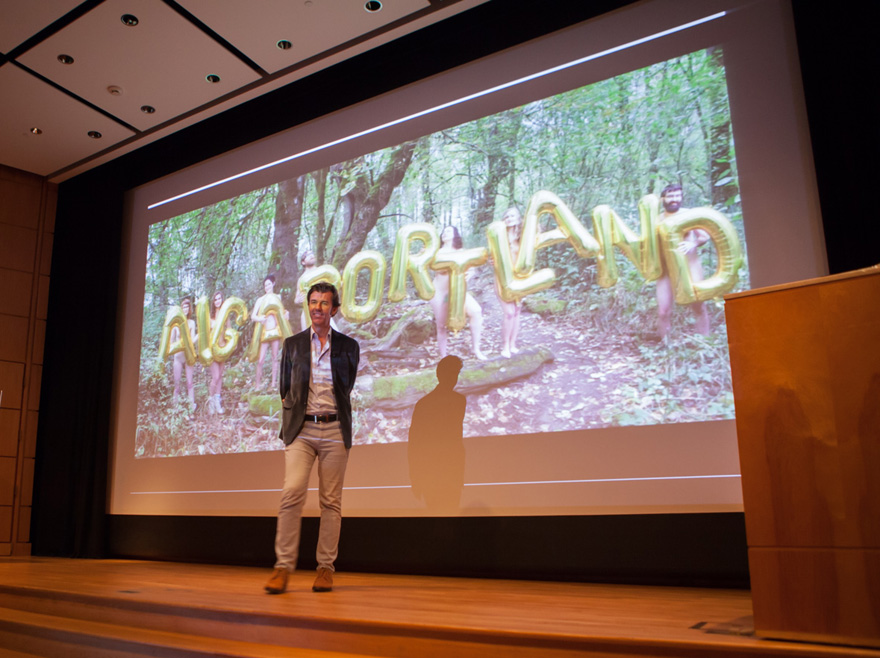 The happiest people are social, outgoing, religious, and married. As a single atheist, he chose to test three of the most widely used happiness harnessing methods on himself. For three months each, he dedicated himself to meditation, cognitive therapy, and (legal) drugs. The upshot? He admits he may have ruined each experiment by falling in love during each new segment, but in some capacity they all worked.

Meditation, practiced during a retreat in Bali, made a statistically significant 5-10% impact on his perception of well-being. However, he found that exercise had a much more vivid impact. Cognitive therapy, on the other hand (practiced in talk sessions with a garden-variety NYC shrink), was very successful. He found the ability to work through and change personal attributes he'd accepted as fixed to be inspiring, and would readily use that method again in future cases where personal change could increase his happiness. Drugs, in this case legal antidepressants, also had a strong positive correlation with his happiness. His only strong reason for not maintaining medication as a happiness method is a general concern about the lack of long term study on the impact of certain psycho-pharmaceuticals. "It's like some kind of strange mass experiment. Maybe if I take them for ten years, my brain will... explode?" Well that's totally reasonable.

If you aren't interested in those methods and can't manage to fall in love every three months, he does have some simpler suggestions that work well for him.

-At the end of each day, write down three things that worked. This takes minimal reflection and minimal effort, yet it can help accentuate your positive thinking.

-Practice (genuine) thankfulness, sympathetic empathy and humility. Go out of your way to act on them, and you'll feel better in general.

-Make lists of things to do, in work and in life, and then actually do them. Yeah, easier said than done, but the impact of not acting on your goals eventually takes a serious toll on your sense of well-being. Quit trying to multitask and put the phone away—we are less happy when the things we do are different from the things we are thinking about.

-Put ten really good songs on your iPod, get on a bike/scooter/motorcycle, and ride around without a helmet (which I can't totally endorse) without any purpose or plans. You'll probably get some kind of elated thrill, which is a great starting point.

When asked how he chooses clients that let him do work that makes him happy, he answered with these questions: Are they nice? Does the product have a reason to exist? Would we use it? Are our contacts decision makers? Is the budget and time allotted sufficient?

Hearing an idiosyncratic graphic designer talk about feelings might not be an automatic festival highlight, but Sagmeister has a way with people. Between animated slides of passionate vs. companionate couples and the mandatory sing-a-long, we were polled on our own happiness levels. I won't gloat over Portland's high happiness stats, but everyone was smiling on the way out.

Design Week Portland: Stefan Sagmeister's Hints On How To Be Happy