In the Details: Creating the World's Smallest Sauna 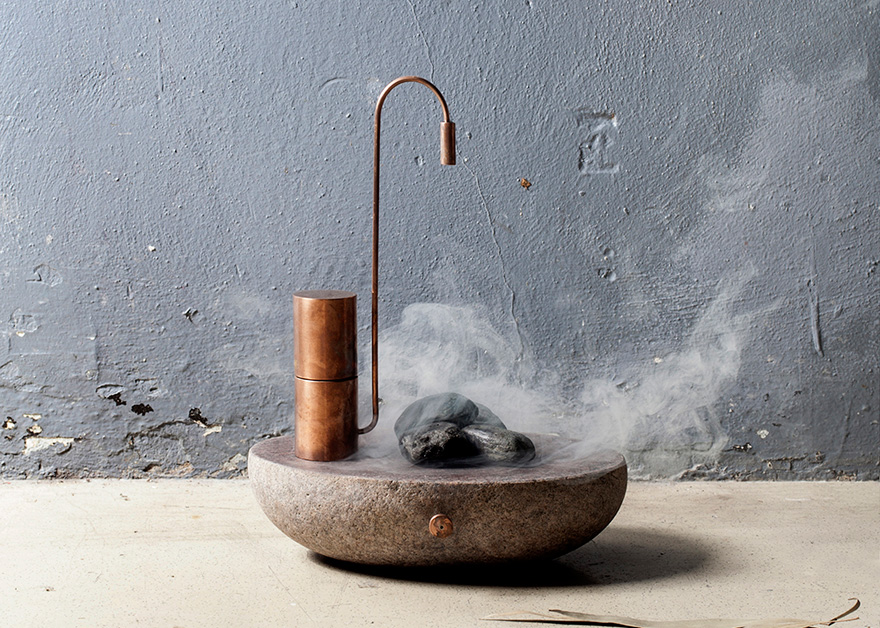 In today's fast-paced world, it's getting harder and harder to find the time to decompress and let off some steam. And for those who prefer to do this in some steam, well, even the most sauna-addicted can only manage so many Spa Castle visits a month. Design Academy Eindhoven student Marcis Ziemins feels your pain, and has created a miniature version of the classic sauna—one with all the sensory relaxation of a trip to the spa without the roomful of hot, sticky steam. In fact, this pint-sized sauna might even be your next desk accessory.

Billed as the Smallest Sauna on Earth, Ziemins's design was created as a way to share the decaying traditions of his home country of Latvia, where the sauna is a cherished method of cleansing and unwinding. After organizing a class trip to Latvia to learn more about the country's rituals, Ziemins sought ways to bring the sauna tradition back to Eindhoven with him. "When I went [back] to Eindhoven to present my ideas to the teachers, they said that it is not really enough for me to just live there and renovate [a sauna]," Ziemins says. "They asked me to search for translations and something that I could actually bring to Eindhoven to show." 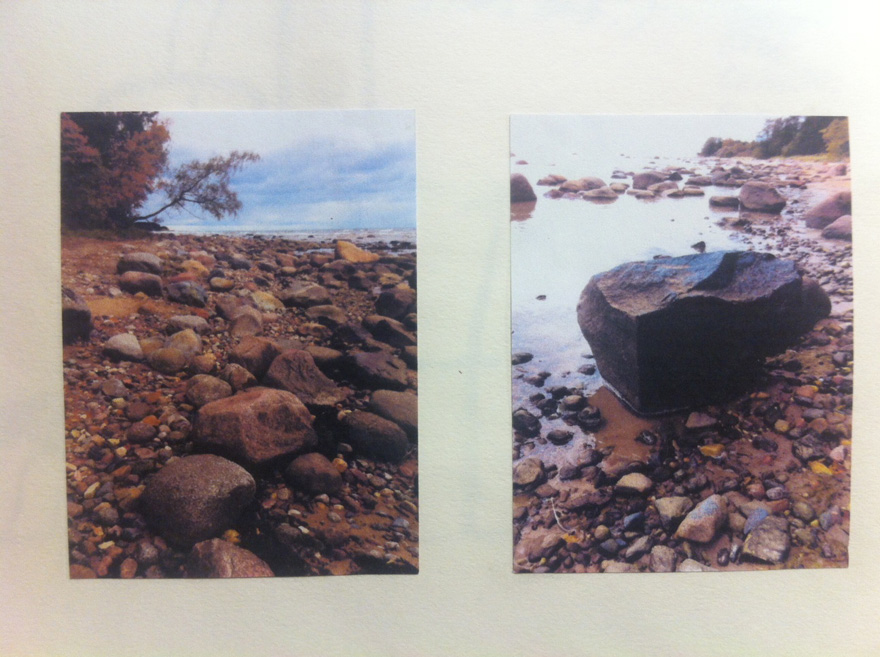 Ziemins scoured Latvian beaches for the perfect-sized stones for his sauna. 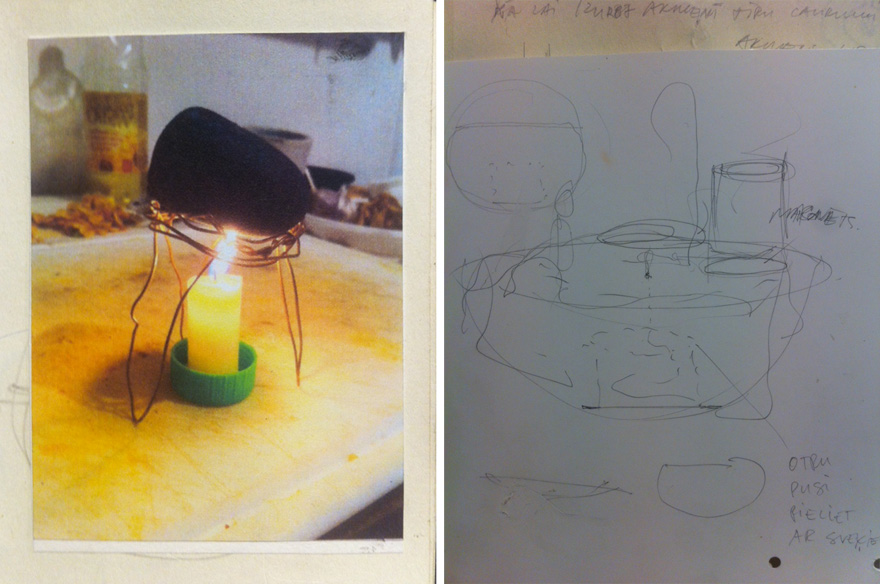 An early prototype and a sketch

Ziemins began designing a smaller version of the large saunas he saw in Latvia, something simple in scale and stature so that users could easily understand the concept and principles of how one works. What he arrived at was a device that could imbue a small space with the atmosphere of a sauna. "It will not get as humid or as hot as the real sauna, just the ambience and aroma," Ziemins says. The Latvian native also looked to incorporate the classic four elements—fire, earth, water and air—into the design. Not thinking much about mass-production, Ziemins saw the object as something to be made by hand, feeding into ideas of rituals and tradition. 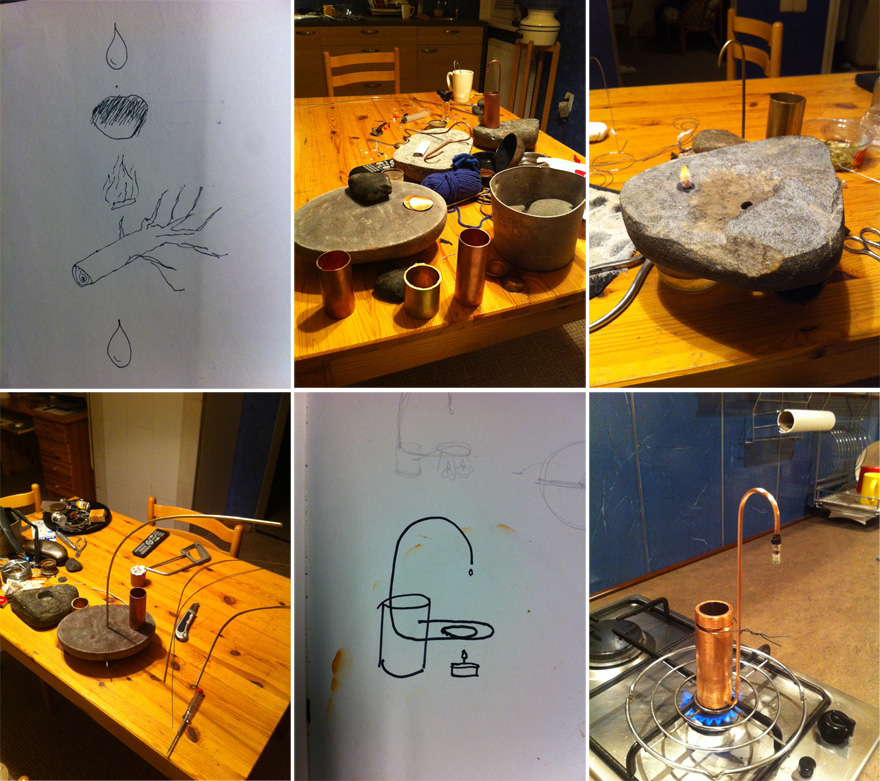 Made from granite, basalt and copper, the Smallest Sauna consists of three main parts: a two-piece copper cylinder, along with a granite base and smaller basalt stones. The granite and basalt are locally sourced from Latvia—Ziemins scoured rocky beaches for the perfect-sized stone for the base—and chosen for their ability to absorb and retain heat without cracking.

Once the base stone is chosen, it's cut in half and all the necessary holes are drilled—one for a small tray of oil, which will be wicked up by a cotton cord (much like an old-fashioned oil lamp), and one from the side for adjusting the tray. The copper consists of two parts: the bottom, which is filled with aromatic liquids; and the top, for sealing the cylinder. Fitting together precisely, the cylinder acts like a pump and is able to push the enclosed liquid up a skinny tube, from which it drips onto the heated stones below.

"At first I was experimenting a lot with a way to get the water out [of the cylinder] without the pressure, with just the flame," Ziemins says. "But it was too hard to control—the boiling water came out in splashes and noise. That loses the calm quality of the object, so I decided for pressure." Ziemins opted to add a small engraving for a rubber ring on the bottom copper cylinder, which creates enough pressure between the two halves for the liquid to be pulled up a skinnier tube and drip out an adjustable faucet-like piece onto the granite base. A soldered knob at the end of the tube allows the user to adjust the speed of the dripping.

After all the pieces are in place, it's time for some fine-tuning and a little polish. Three basalt stones are placed on the granite base, with a fourth on top to allow air to circulate. After filling the bottom tray with oil, a flame is lit at the end of the cotton cord running through the granite, and the copper cylinder is filled with herbal tea or another water-based aroma. The tray is closed and the liquid from the copper cylinder drips over the basalt stones and base—now heated by the flame—and is turned to steam on contact. After four hours, both the water and fuel will run out and the sauna must be refilled.

The Smallest Sauna on Earth was presented last month at Dutch Design Week, as part of the Design Academy Eindhoven's Graduation Products exhibition. For now, it is a one-off edition, and Ziemins has no plans for creating additional versions—but he hopes that the attention the small piece garners will inspire the renovation of dilapidated saunas in Latvia, as well as help gain traction for an idea of his to create a space for people to come, switch off their phones, listen to live music or experience a performance. "[It would be] a new way of experiencing the traditional sauna, yet preserving the core of it and not losing that and making it ridiculous," Ziemins says. "Because we are still made from water, fire, earth and air. People just tend to forget that more and more nowadays."

In the Details: Creating the World's Smallest Sauna