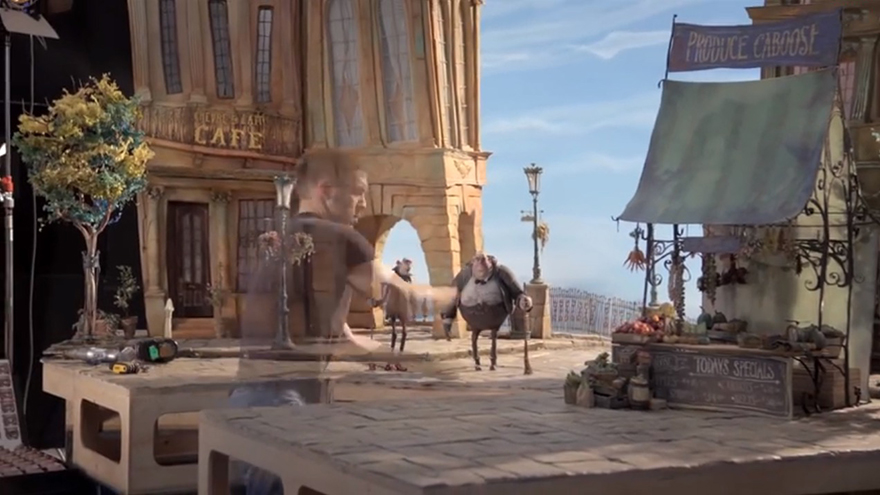 Despite the Russian-sounding name, Laika is an American stop-motion animation company based in Oregon. You probably know their name from 2009's Coraline, which they produced, and earlier this year they released The Boxtrolls. The A.V. Club's A.A. Dowd reviewed the latter film by writing "In an age when most cartoon companies have traded pens for pixels, the magicians at Laika continue to create fantastically elaborate universes out of pure elbow grease."

Dowd is referring to this surprising scene saved for the end credits, which Laika's just released on YouTube. It gives you a good sense of how labor-intensive this type of animation is:

Did you notice how many times the animator's clothes changed?

For those of you that didn't experience this scene in the theater, Colossal's Christopher Jobson did with his son, and explains the crowd's reaction: "This single scene caused a more vocal response from the audience than any other moment in the entire movie. People were literally gasping, myself included."