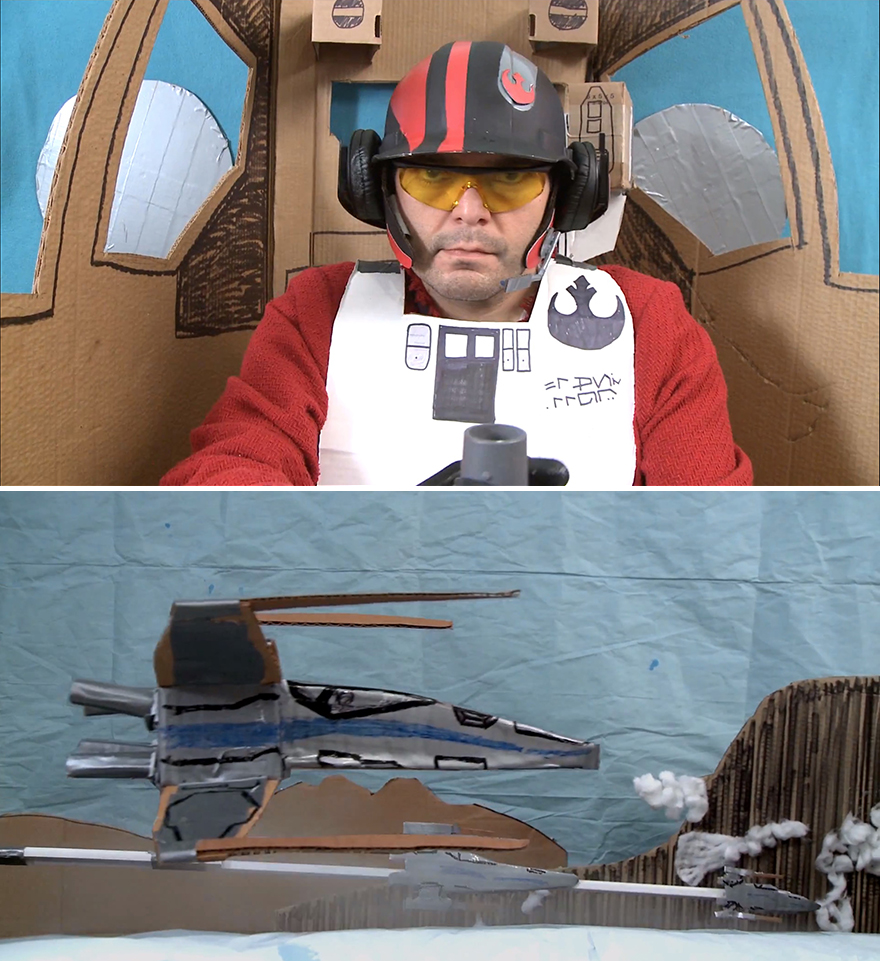 Dumb Drum is the name of a group of amateur filmmakers in California. For years they've been making shot-for-shot "sweded"* versions of popular movie trailers--remember fellow filmmaker Dustin McLean doing this with Iron Man 3 last year?--and it's incredibly fun to watch how they simulate millions of dollars worth of special effects with household items.

Their Star Wars: The Force Awakens trailer went up just last week. How did they handle the three-pronged lightsaber? Well, let's see:

You've gotta love that they do all of the music vocally.

So how faithful was the DD version to the real thing? Judge for yourself with this side-by-side comparison:

*Fun fact: The term "sweded" is taken from the Michel Gondry film Be Kind Rewind, where Jack Black's character accidentally erases all of the VHS cassettes in a video rental store. He and Mos Def's character then re-shoot the movies themselves, super low-budget style. As demand for the flicks grows along with wait times, the pair tell customers the movies are "Sweded," i.e. all coming all the way from Sweden, as a way to explain the delays.