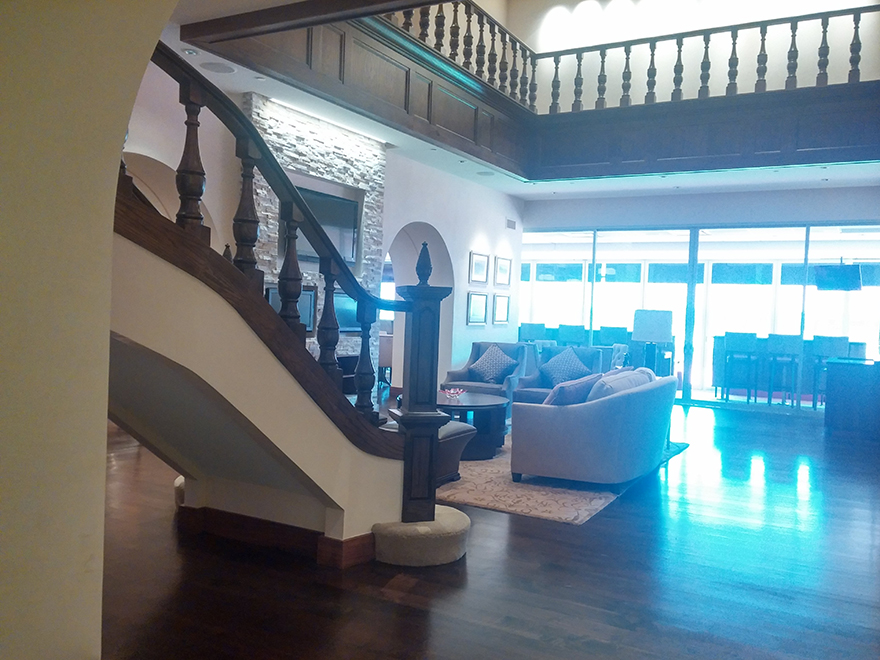 This being America, we're not content to only produce the run-of-the-mill stadium luxury suites that we looked at here. While more than one NFL CEO undoubtedly has a swank, over-the-top personal luxury suite in their arena, given the current anti-rich climate they probably keep them under wraps; but somehow photos have leaked of Clark Hunt's skybox at Arrowhead Stadium. 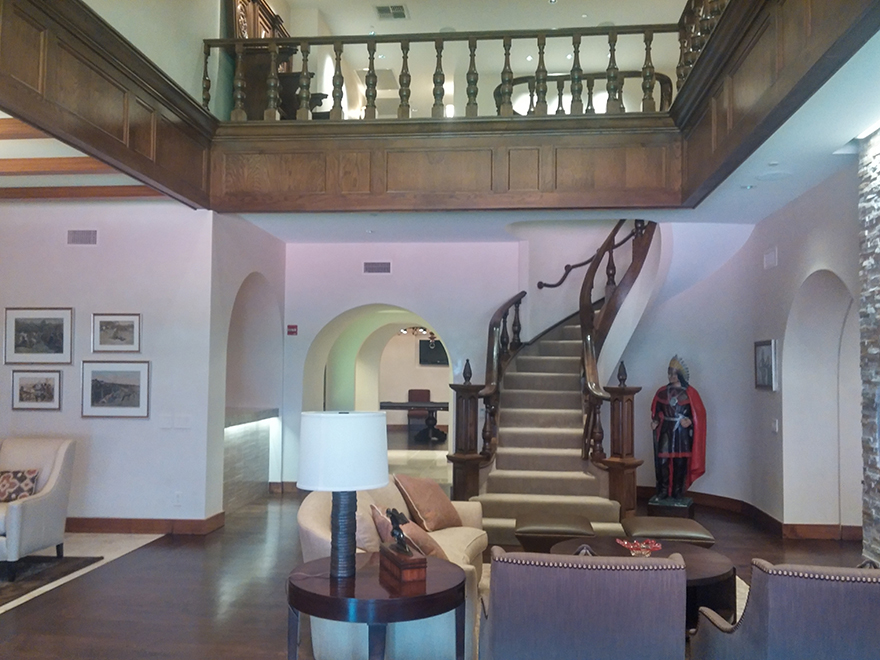 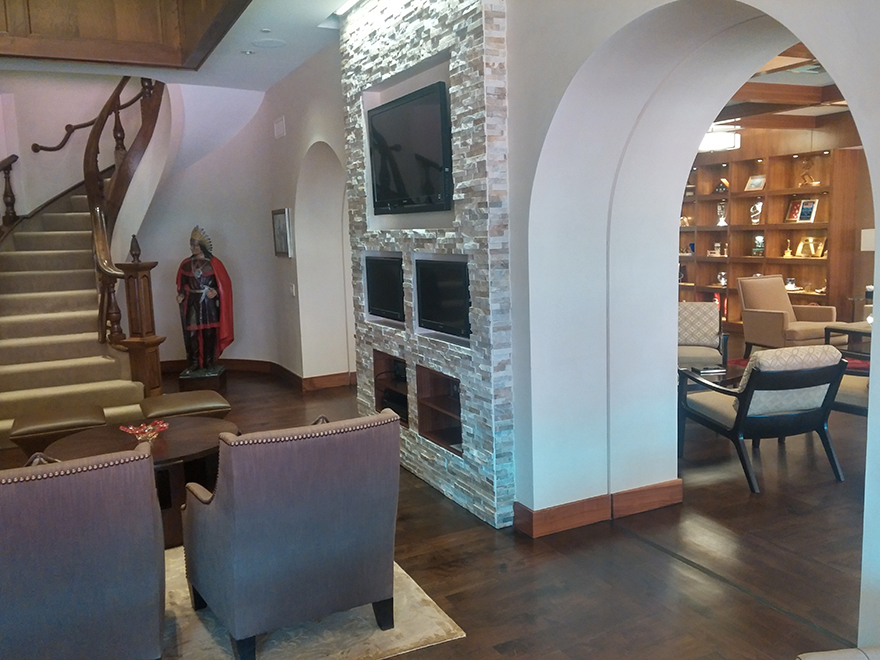 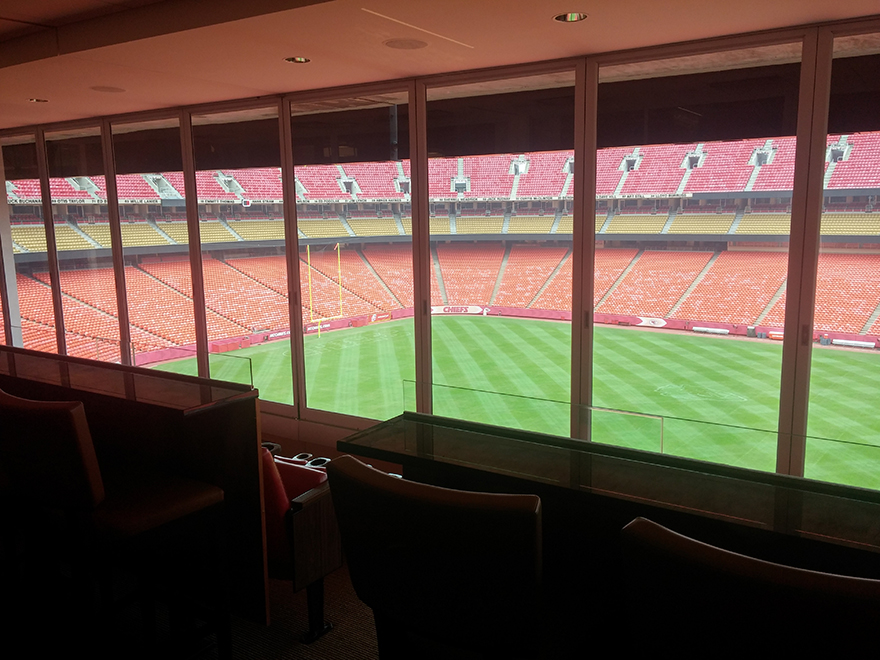 Maybe "skybox" isn't the right word. Hunt owns the Kansas City Chiefs, and he can view their games from within the three-story, six-bedroom luxury suite you see here: 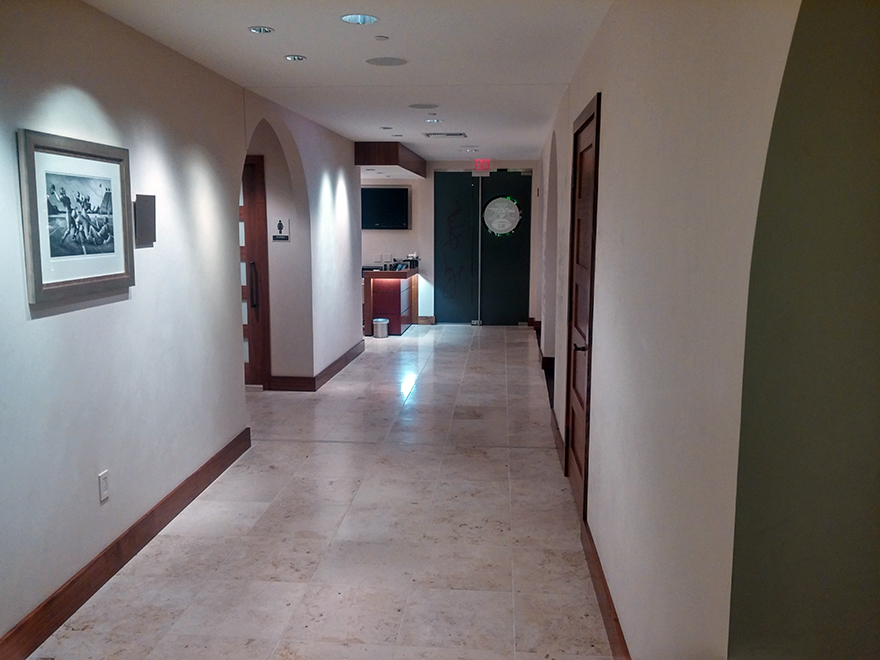 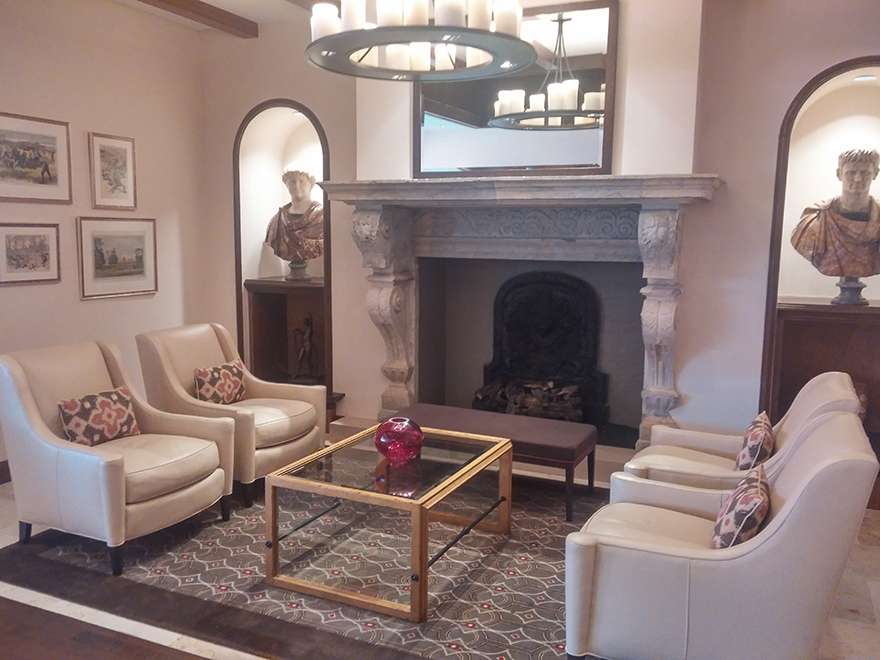 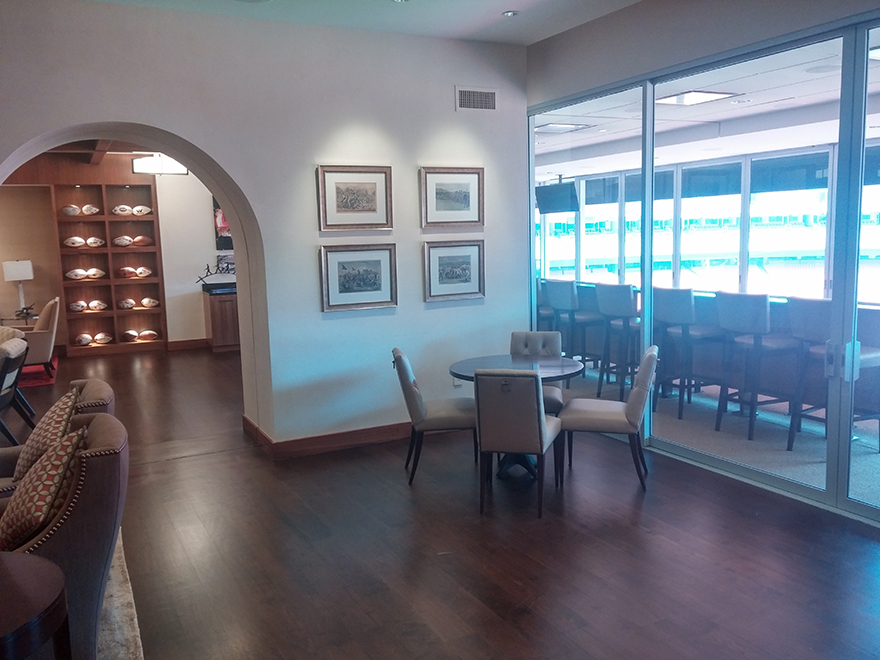 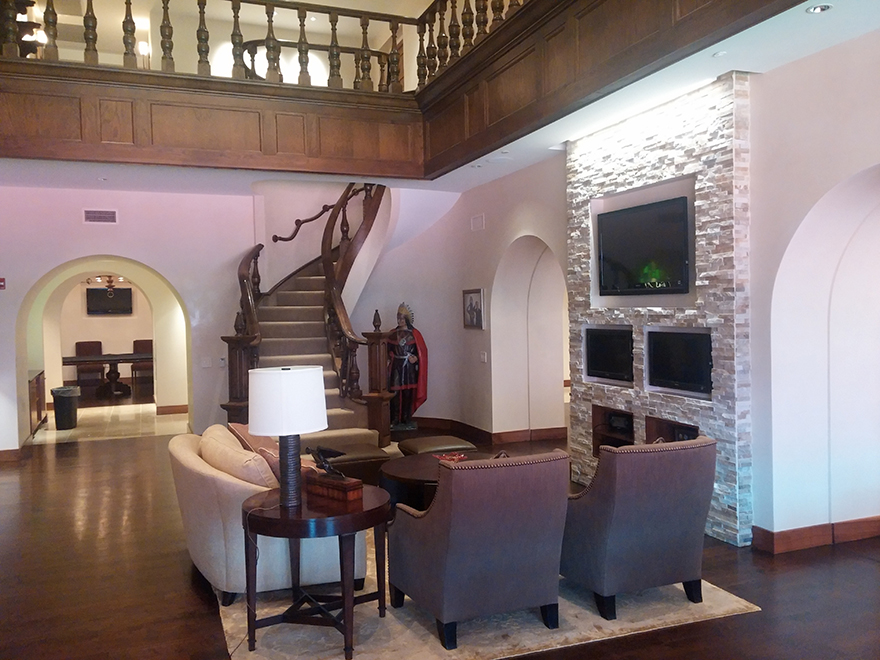 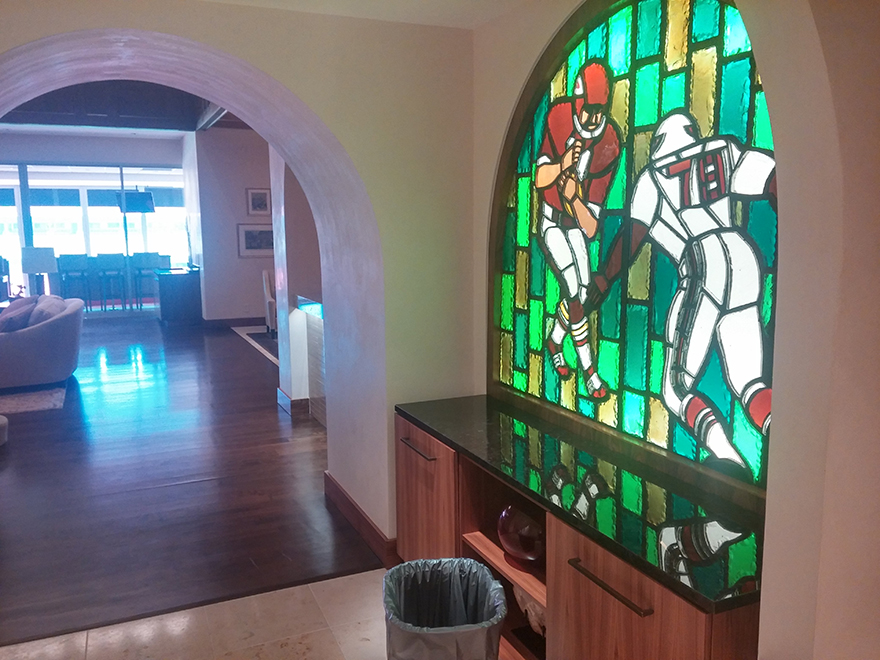 Hunt isn't the first sports team owner to splash out on his in-stadium suite. That honor goes to hizzoner Judge Ray Hofheinz, a former mayor of Dallas who had the Houston Astrodome built in 1965. The luxury suite Hofheinz commissioned reportedly sprawled over some seven stories. 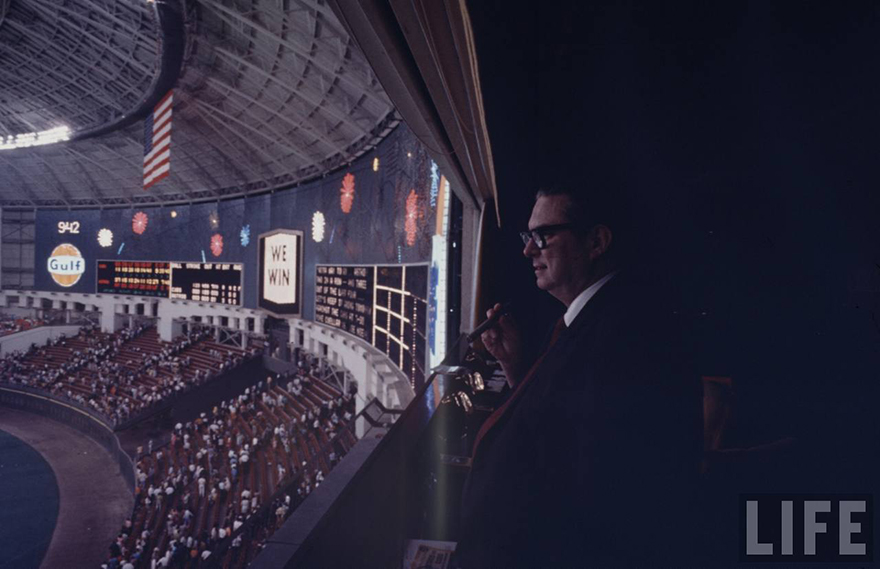 It contained his office. 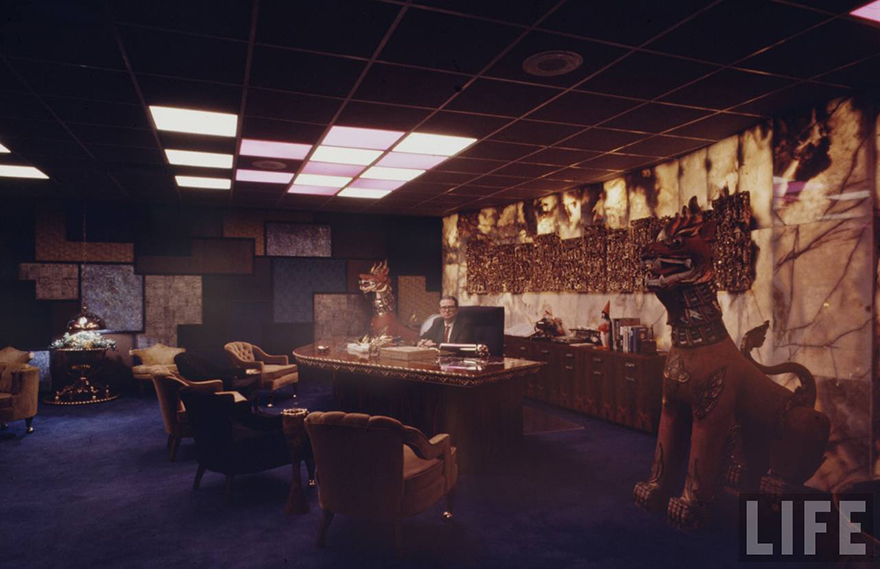 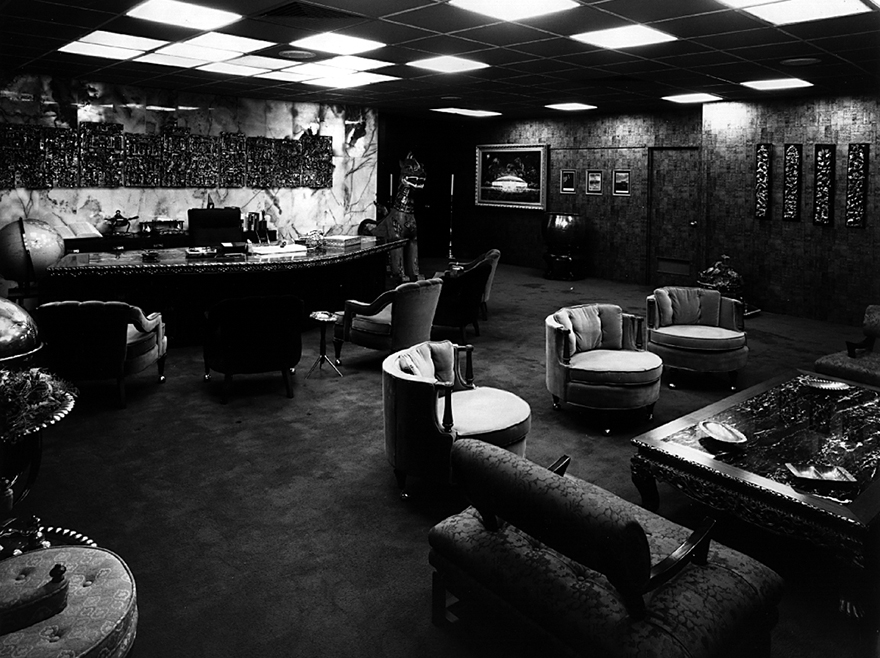 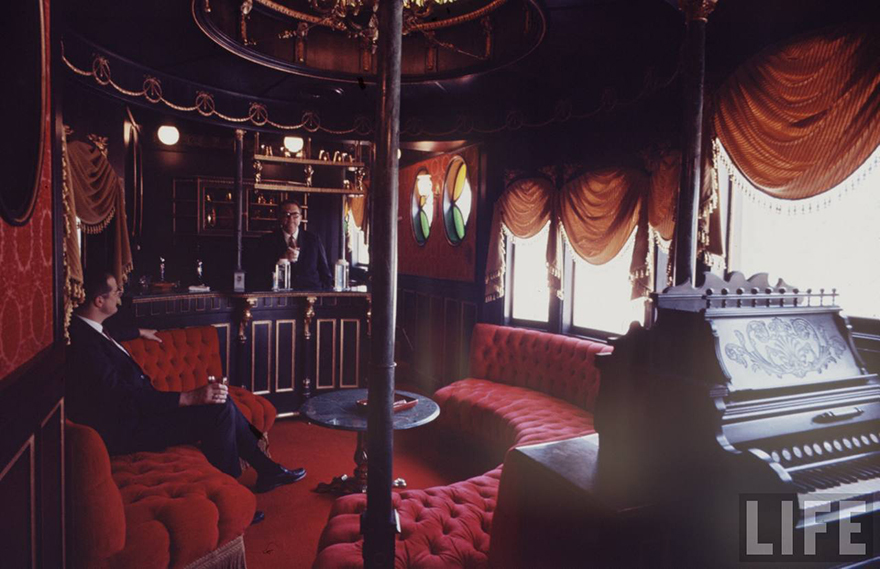 It was filled with antiques.

And a barber shop. 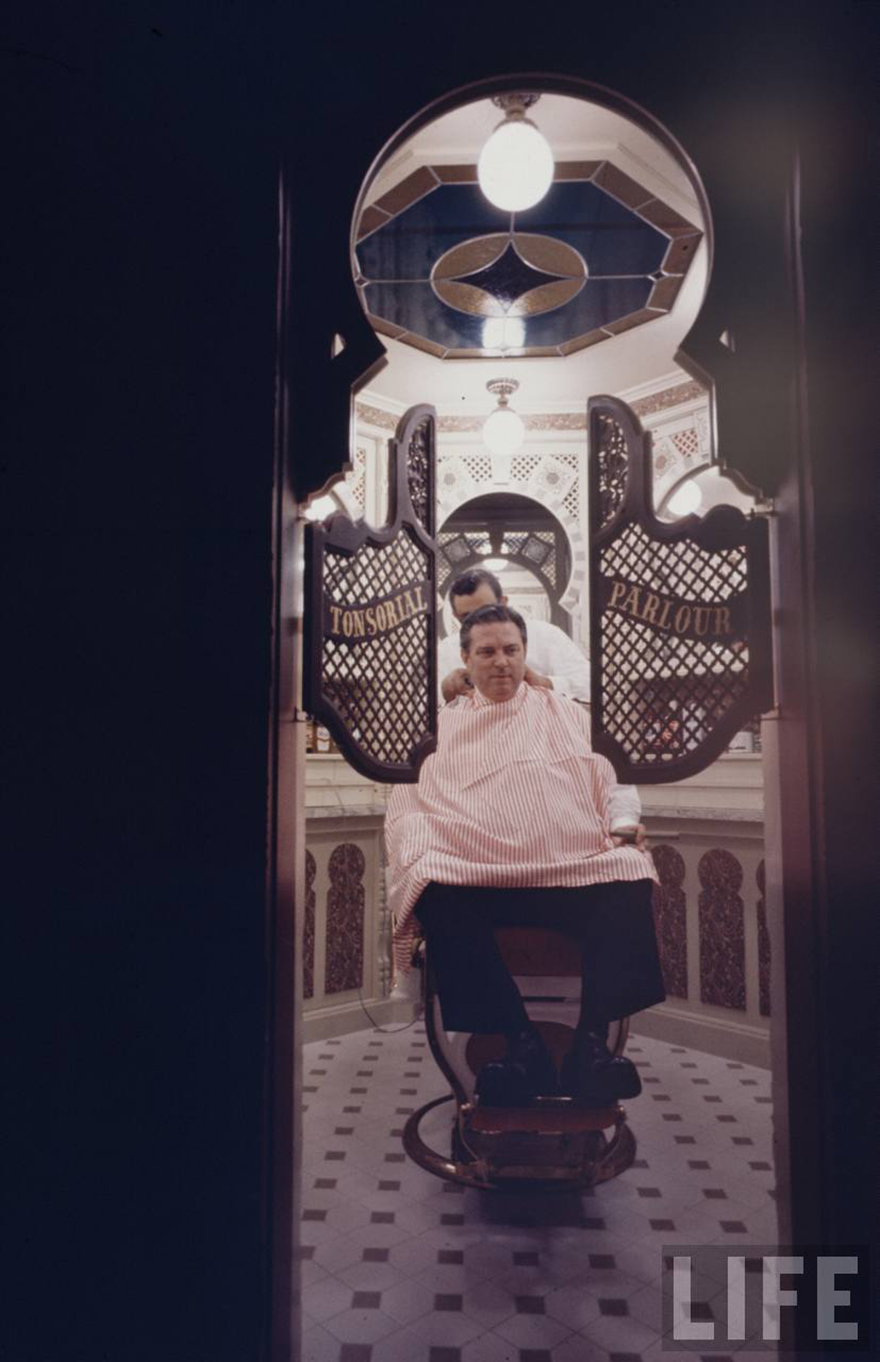 And a beauty parlor for the missus.

And a playroom for the kids. 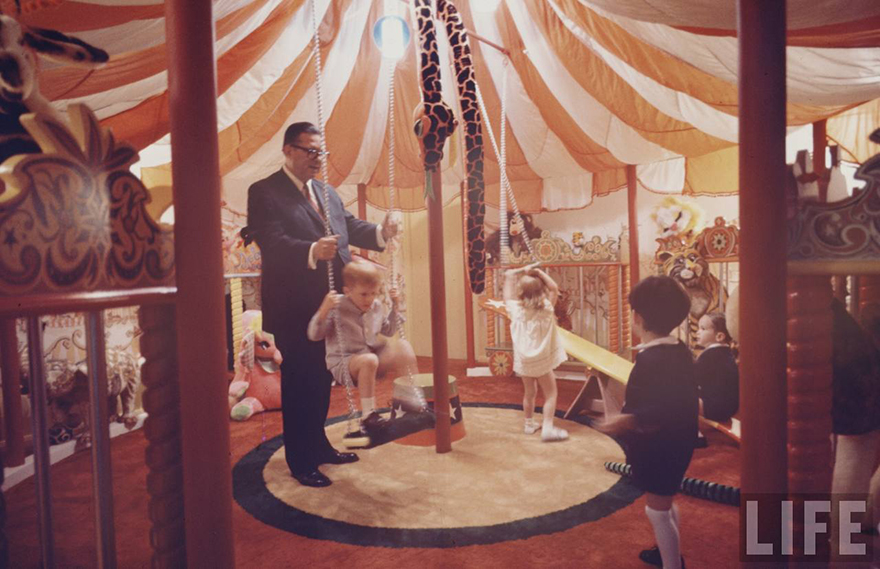 There was also a bowling alley and putting green. 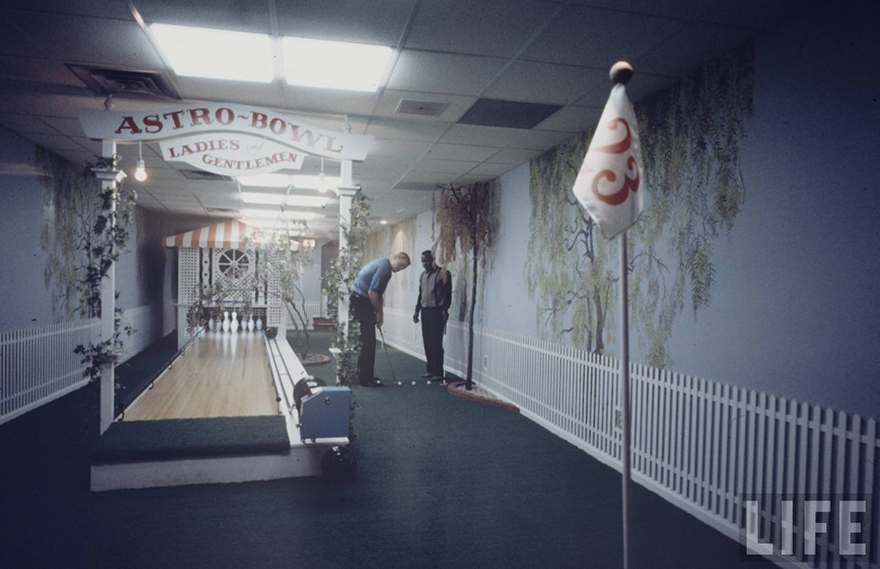 And a shooting gallery, to blow off steam. 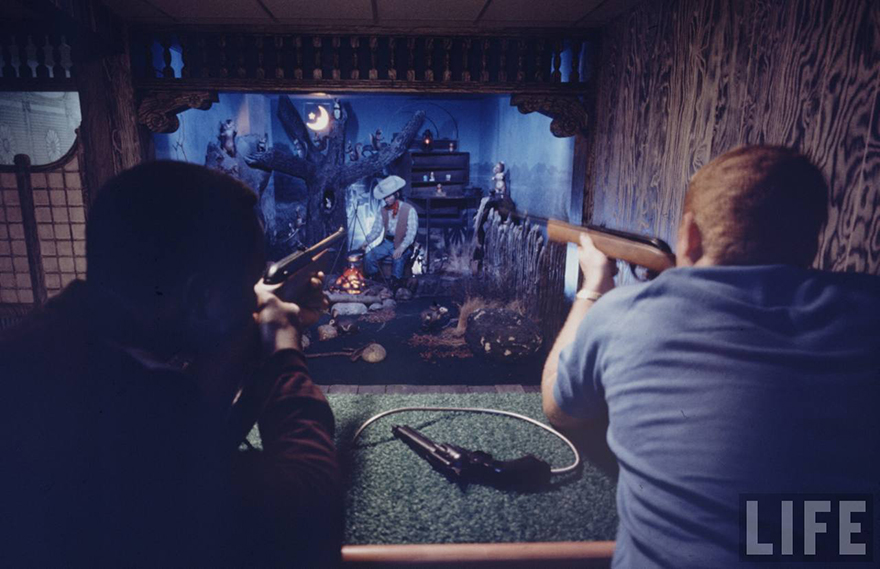 If you didn't feel like shooting a gun, you could shoot pool, and peek in on the game going on in the background. 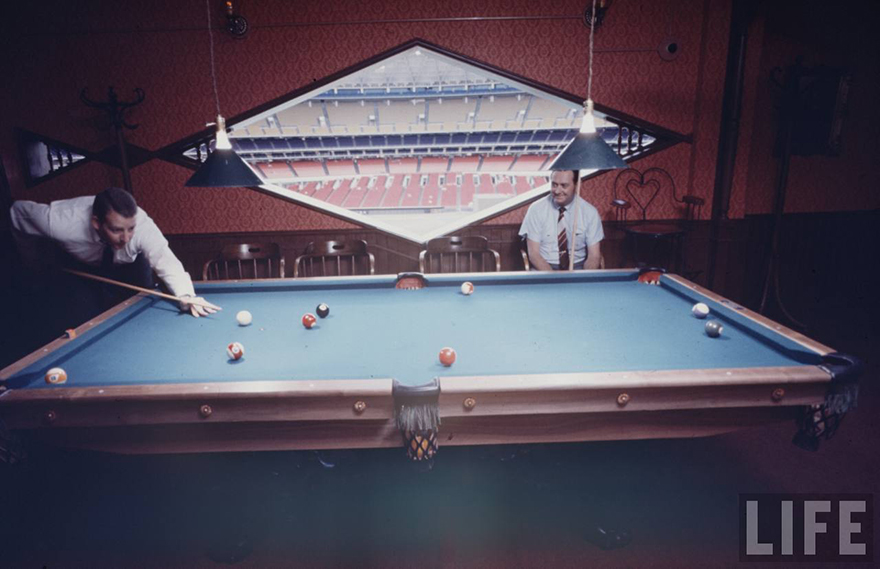 Holheinz was a campaign manager for Lyndon B. Johnson in the early days of Johnson's career. By the time the Astrodome went up in '65, LBJ was President, so Holheinz had a Presidential Suite built in, in case he stopped by to say hello. 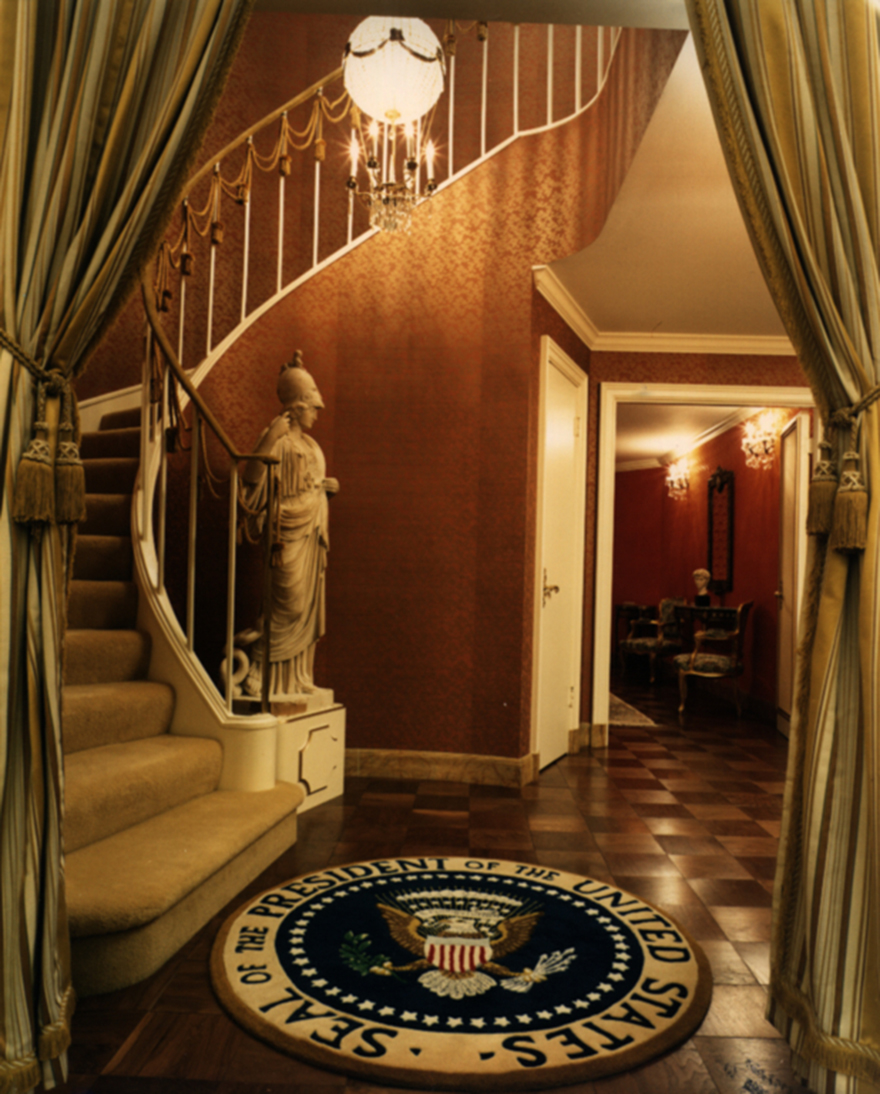 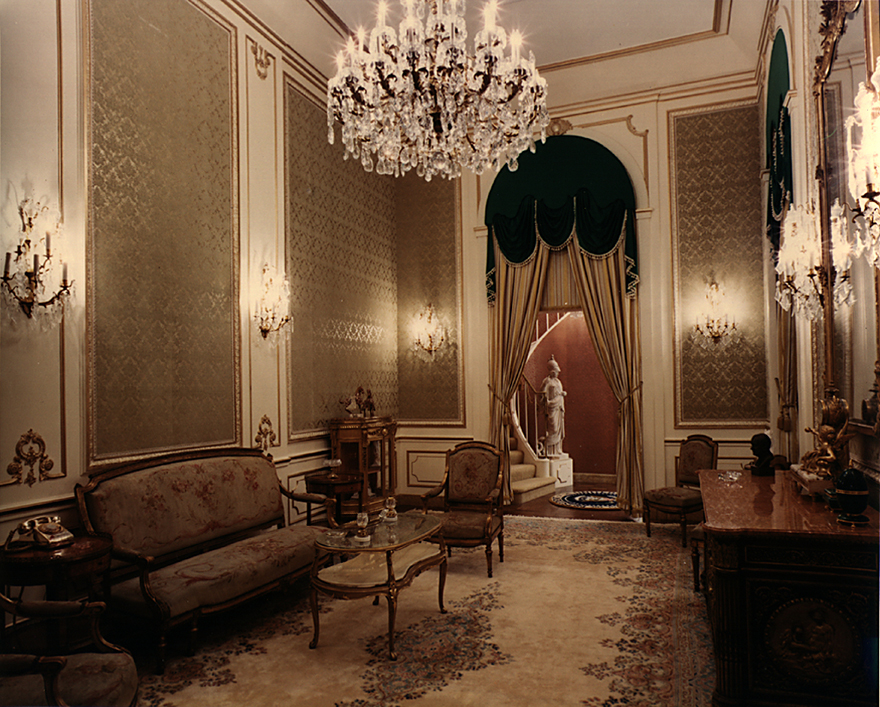