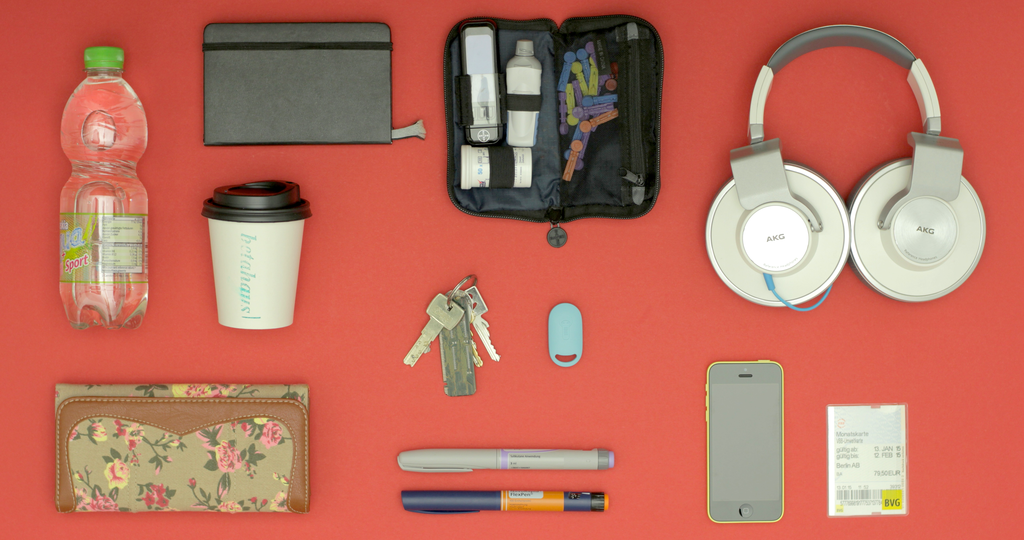 According to the American Diabetes Association in 2012, more than 29 million Americans were living with diabetes. Of that group, 1.25 million were living with type 1 diabetes, a number that is made up primarily of children and young adults. For those of you unfamiliar with the disease, type 1 means that the body doesn't produce insulin—essentially meaning that it cannot convert sugar, starch and food into energy.

Managing diabetes, like many other diseases, demands constant attention from the afflicted. Regular blood sugar testing, insulin injection and tracking of health and diet are incredibly important to maintaining health. Long before Quantified Self was a thing , people diagnosed with diabetes are charged with the necessity of 'qualifying themselves.'  The good thing is that recently we are seeing more and more connected objects that are helping with this exact goal—making the arduous process of managing insulin and sugar levels a little bit less arduous. 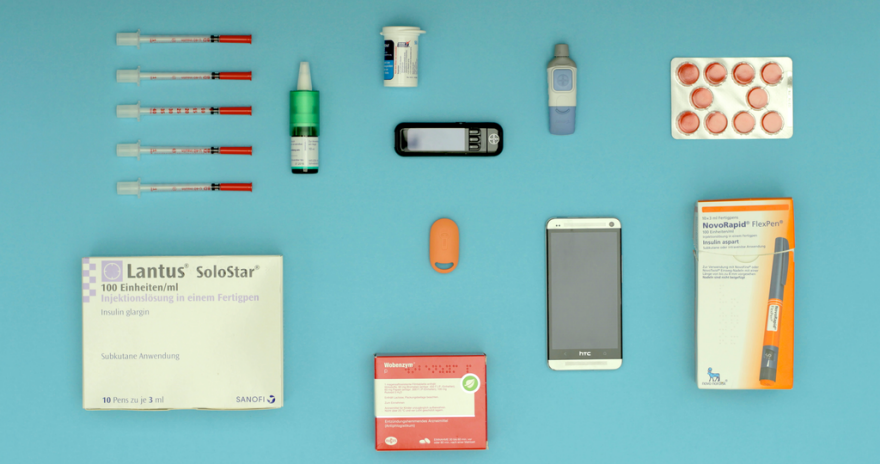 Enter Insulin Angel, a temperature tracker and connected app for insulin, currently crowdfunding through Indiegogo. The company boasts a founding team that knows diabetes intimately—all either have the condition or are parents of children with type 1 diabetes. The team, lead by Amin Zayani have taken the carefully considered route to solve these issues faster not by joining a healthcare company but by creating a consumer electronics startup that deals directly with the problem.

While most companies dealing with some aspect of medical equipment require large company backing to fund years of development and certification, Insulin Angel made the smart (and likely necessary) move to stay in the consumer electronics realm. Their product is of great use in a healthcare capacity allowing them to develop solutions faster as a tech startup and iterate on their product with their community of diabetics. We caught up with Amin to discuss the vision for the company, the importance of partnerships and why they chose to crowdfund their first product.

Teshia Treuhaft: Of the host of issues to tackle with modern healthcare products and specifically diabetes, how did the concept for Insulin Angel emerge?

Amin Zayani: It started with my own frustrations. I wasn't always certain about the effectiveness of my insulin. There would be days when I would inject loads of it and my blood sugar would remain high. I would throw away an Insulin pen, get a new one, and it would usually fix the problem, but I needed something that would warn me when my insulin starts to get to a critical temperature and would become ineffective. 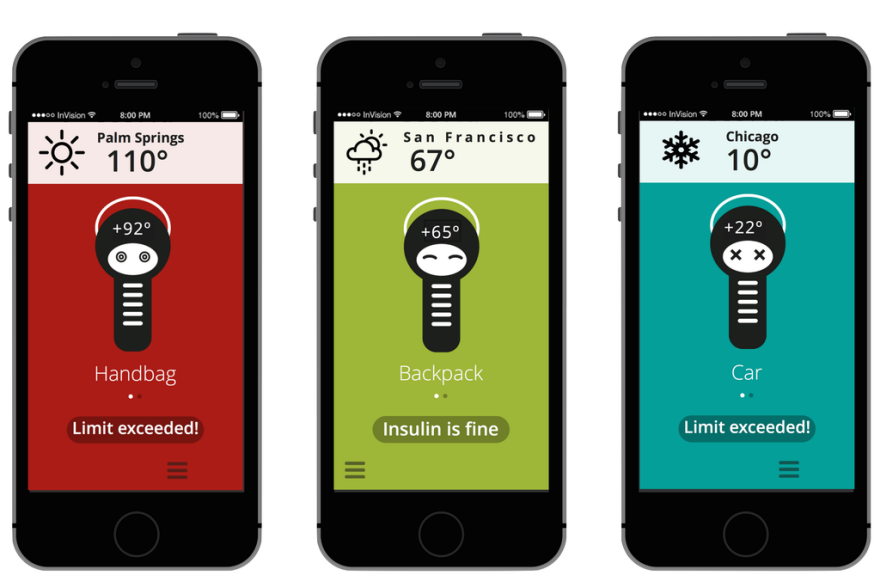 I started to prototype two years ago with just a very small Arduino, a temperature sensor, buzzer and an RGB LED. I  was working on it on and off for awhile but it was never really small or light or power efficient enough. Around the same time I joined the company Relayr and saw that they manufactured a very small temperature sensor board as part of their product Wunderbar. It was small, light and reliable and had Bluetooth connectivity and I just thought—this is exactly what I need. So I thought I'll take this, I'll make a little app for the notifications. That was the moment when the project took a huge leap from being a tiny temperature sensor with a buzzer to a full-fledged temperature logging and alert system. 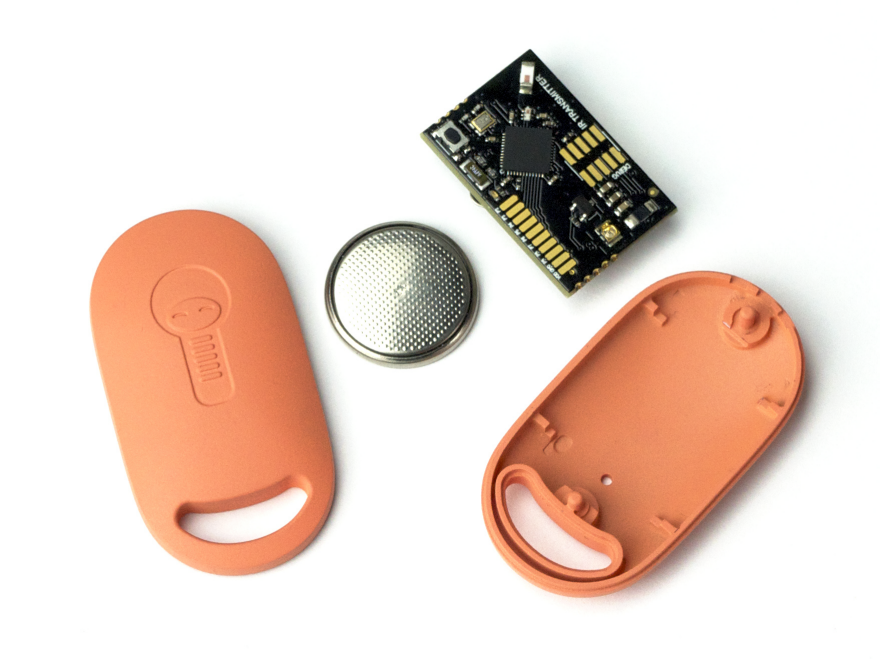 When did you meet the other co-founders and begin to develop the project?

I started working on this more seriously 8 months ago and began asking other diabetics how they feel about this—whether it's actually a problem they have and about the development. We quickly realized that temperature control is a challenge I have and other diabetics have, but what more diabetics are facing is things that are more ordinary or trivial—like losing or forgetting the insulin.

When you're rushing out the door to catch an airplane or just when you forget it at lunchtime—it's a horrible feeling, so we decided to create Insulin Angel to remove the uncertainty. During these first rounds of user feedback I met my two co-founders, Marc Nagel and Steve Miller, both fathers of type 1 diabetic children. For us its very, very important. It's not just a gap in the market we found that we realized 'oh we can capitalize on this.' We experience it everyday.

How has the partnership with Access Afya helped the development and distribution of the product?

Access Afya is a social business—they run clinics in Kenya to provide healthcare to people who are not rich by giving them better access to doctors, pharmacies and advanced technology. They really make modern healthcare affordable to people. They are very smart about it and not profit-oriented. Our friends put us in touch with Access Afya because there is a chronic problem that at a number of their clinics the electricity can just be cut and they only have very low tech solutions to keep the medications cool. It's very uncertain, they use analog thermometers and it doesn't work well—which is where we come in. 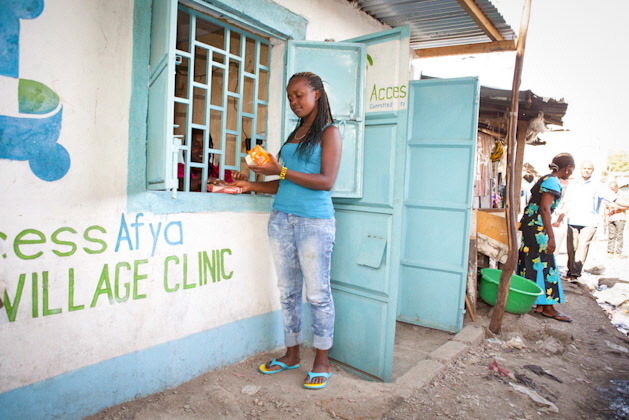 Many people need devices like this but maybe can't buy them—so you can say through our campaign 'I'll buy an Insulin Angel through Indiegogo, but instead of sending it to me, send it to Access Afya'.

What are the next steps for Insulin Angel?

Our dream is to achieve mass adoption but this will require us to partner with big players in the healthcare scene. More importantly, I want to develop the product with our community and get their input. The idea and product is very simple but as anyone who has tried to make anything knows—a complex product is often easier to develop then a simple one.

We could spare ourselves the hassle of staging a crowdfunding campaign and find other funding but it's really not about the money. It's about finding a community who is in touch with us and helps us make decisions. We are really looking forward to people's input—from the color of the device to the functionality of the app.

Thanks to Amin for talking with us about their product. More can be seen about Insulin Angel and their campaign on their website.