In this Italian attraction, human-powered rides mean you must burn calories for thrills 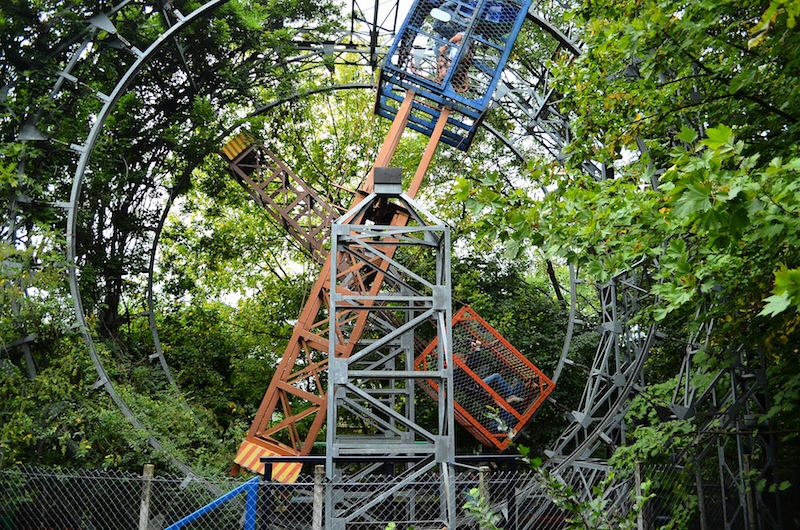 A well-known American lament is that if you visit Disneyworld, you'll see just how out-of-shape we are as a country. Our obesity problem is on full display in the hordes of plump Yankees queueing up for rides, where we'll sit on our asses while motors strain to move us. Years ago there was even a problem with one of the water rides, where the average weight of folks riding it had grown so great that the boats were bottoming out.

That will never happen at Osteria ai Pioppi, a restaurant in the northern Italian countryside. For the past 40 years, proprietor Bruno has been maintaining the gargantuan and elaborate playground outside, which is stocked with his self-welded creations: Amusement-park-style rides, tracks, swings and slides powered by either gravity or human power.

Riding a roller coaster in a loop requires zero energy on the part of the passenger. In contrast, take a look at UK web presenter Tom Scott working his way over the top on the "Bicycle of Death:"

While Scott injured himself on the grounds, not the rides, his bandaged face reminds us of why we'll never see something like this in America. Because if there's one thing we love more than being out of shape, it's suing each other.