Frog Design Milan celebrates the last ten years and discusses the next ten.

frog opened the doors to their studio last night to celebrate ten years in Milan and ten years of Milan Design Week. The "Future Fact or Fiction" panel discussion—and later party—featured Björn Block (Lighting Range Manager at IKEA), Simone Tognetti (Co-founder of Empatica) and Gianluca Brugnoli (Executive Creative Director, frog) speculating about a number of topics facing design and furniture in the next ten years and what Milan Design Week 2025 might look like. 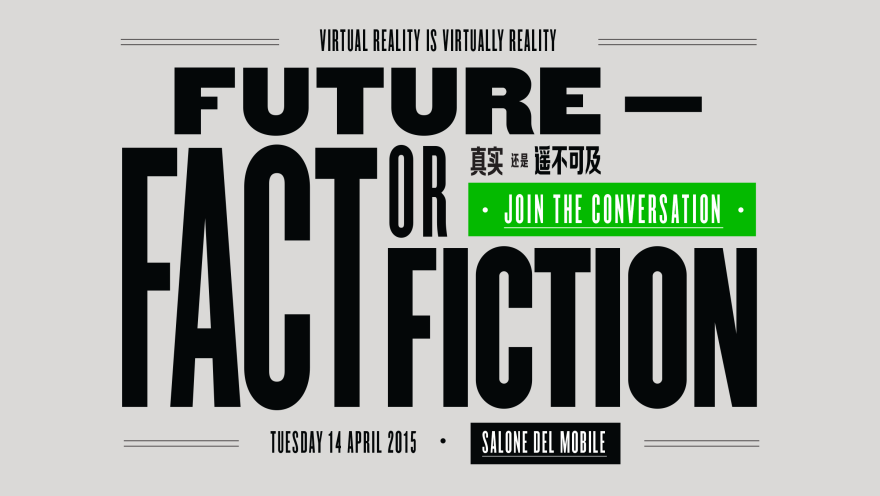 The panel was moderated by frog's own head of marketing Todd Taylor in three sections covering the topics 'Furnishing the Future,' 'Invisible // Visible' and 'Mediating Technology and Humanity.' Each topic was directed at one member of the multidisciplinary panel and included input and perspective from the audience. 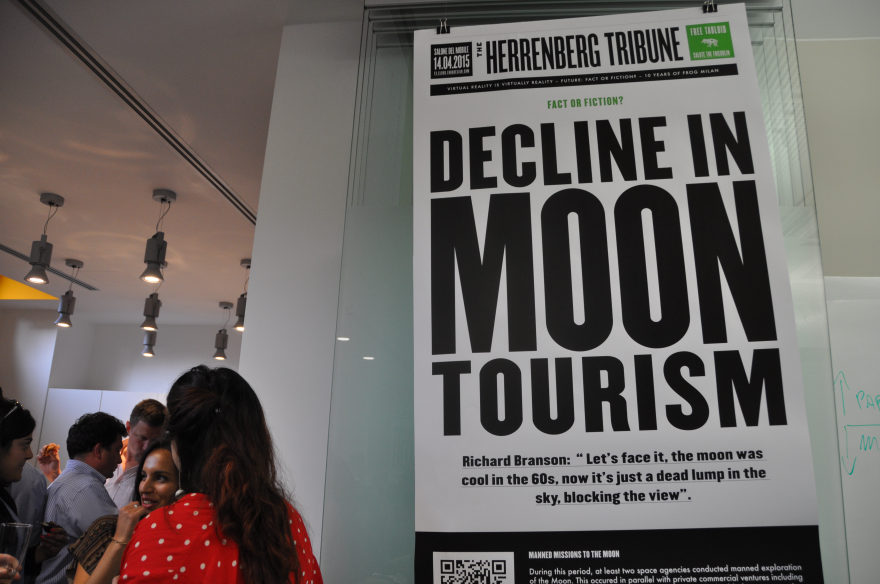 Possible future headlines lined the walls at frog for guests to vote - Fact or Fiction.

First up was "Furnishing the Future" a discussion that centered on Björn Block of IKEA. With the launch of their new line of wireless charging furniture, many of the questions touched on how far IKEA plans to go with embedded tech in their products. Block confirmed that sometime in the next decade an expansion of the charging line (and other similarly tech-y products) would be in the works, however with a timeline that long, it appears almost obvious. Taylor pushed further to ask if Block believed that by 2025 the majority of IKEA's line would include technology to which he responded:

" I think its whether you think it's smart for the user or for the producer. It needs to be a win-win situation. If we expose the technology in the furniture, I don't see a purpose for that. People don't buy furniture because they want technology, they want a piece of furniture that can be smart with you—give you a hint that you need to tighten the screws, maybe that you've gotten too heavy for the bed." 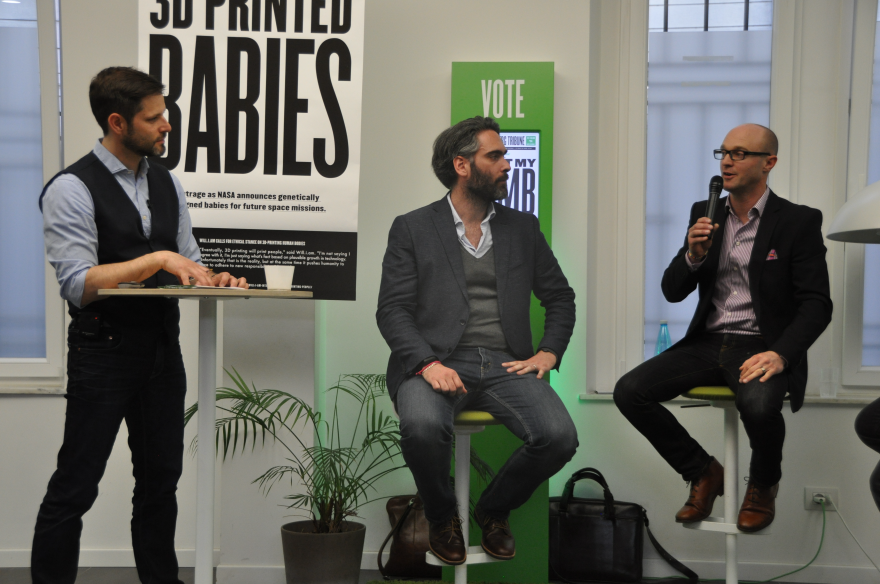 Björn Block responds to questions about the embedded technology products from IKEA.

The panel switched into the "Invisible // Visible" section turning the conversation over to Simone Tognetti, co-founder of Milan-based Empatica. Empatica produces the Embrace Smart Watch for monitoring personal data and alerting you or loved ones, giving personalized feedback if there is a potential problem. As CTO of Empatica, Tognetti knows a lot about bringing data that is generally invisible into the view and urged the audience to not only tackle problems of controlling light and sound through their connected device (as shown in the frog project Room-E), but also the 'boring' or mundane tasks such as cleaning your home.

frog Room-e -Turning a physical room into a digital experience that responds to voice and gesture.

To conclude the panel, frog's own Gianluca Brugnoli hit on the key theme of "Mediating Technology and Humanity" through discussion of the future of interface design, cross-platform experience and the inclusion of Artificial Intelligence in the design process.

"Artificial Intelligence is already here. Most of the tools that we use as designers are based on very simple AI software and algorithms. In the future, we will have more tools, smarter tools that are based on artificial intelligence. We will have bots who will provide different alternatives on a design that has been sketched. It will change the way we do design because it will change the way we use objects. There will be a lot of changes because we won't interact with basic interfaces, we will interact with invisible, intelligent systems that control the way we use objects." 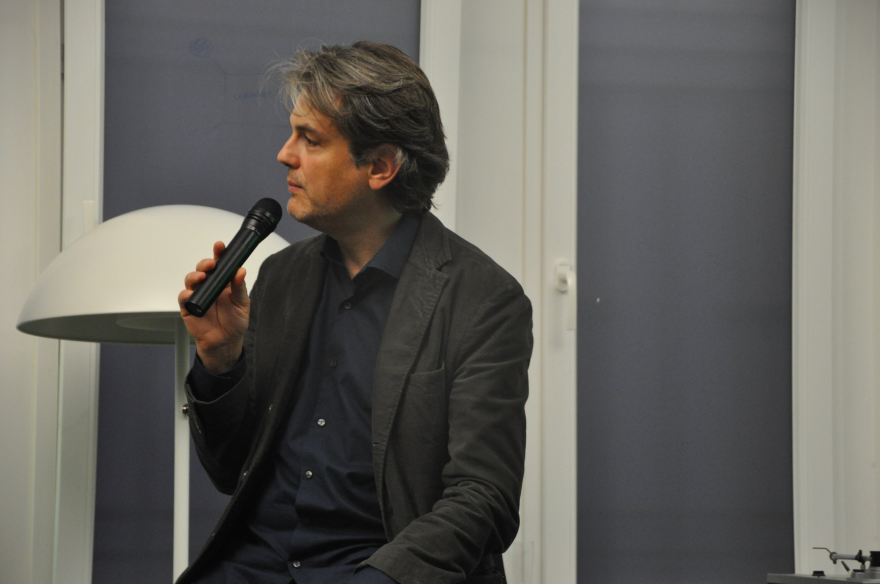 To conclude the panel, the question was posed to the audience of whether or not a bot would be the chosen design tool of 2025. To which the audience was split, suggesting that humans will always be at the center of design, and the counterpoint that designers will take on the role of providing empathy to the design but will be aided by bots. The session finished with a toast to the future of frog and particularly the emerging creatives that will shape design in the coming decade. 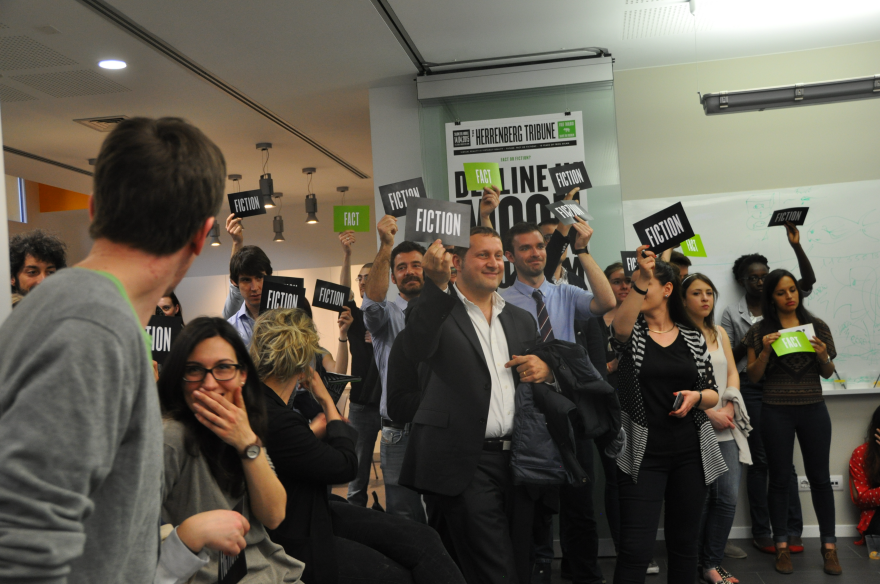 Frog guests display their mixed feelings on the future of AI in design.

Thanks again to frog for their thought-provoking panel. We can't wait to see what Core77 looks like in 2025. More work from frog can be seen on their website.