Designjunction, the London-based design tradeshow exhibited for the third year during Milan design week. Presenting a broad range of furniture, interior products and personal accessories spread over two floors in the San Babila Design Quarter. Tom Dixon's presentation anchored this year's show, taking over the Theatre/Cinema space of the Casa dell'Opera in a dramatic presentation of new products that were available immediately for sale (alongside smaller accessories and homewares).

Here's our picks for the best products from designjunction Milan 2015: 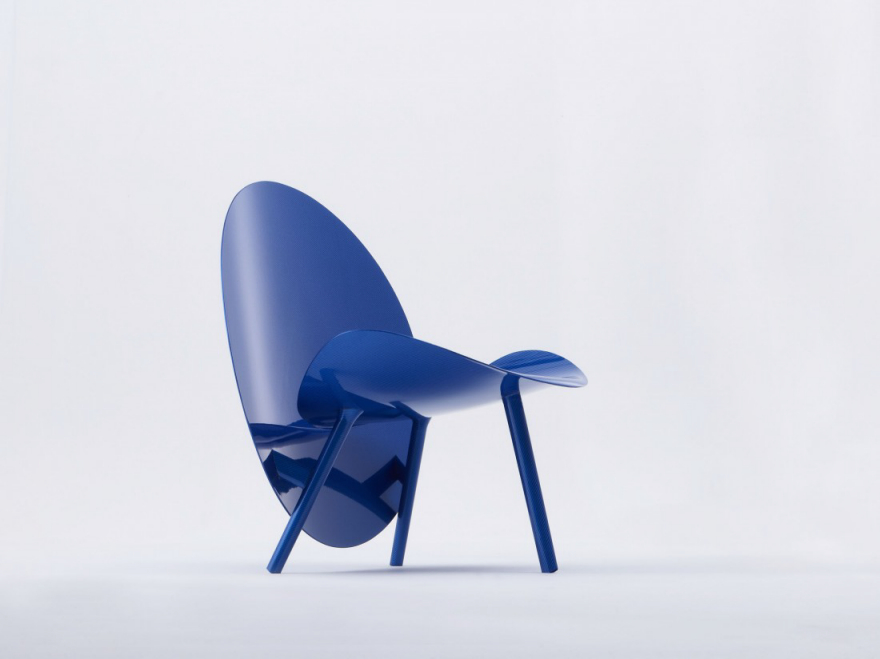 The developers of the world's first colored carbon fiber come from the world of F1 racing worked with designer Michael Sodeau to create the Halo. Although not the first carbon fiber chair we've covered—read our interview with Coalesse's design director about their chair—the Halo chair won a Red Dot design award this year and is the first product from Hypetex. 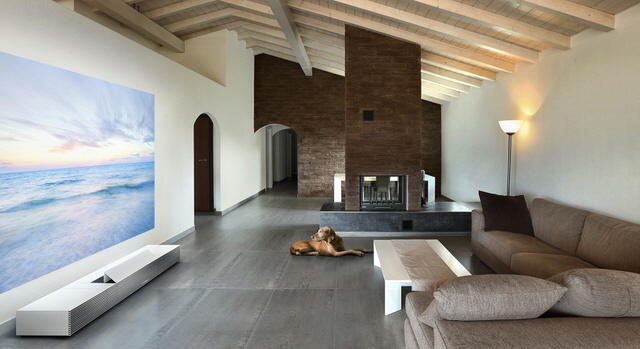 The Life Space UX projector (at left) sits almost flush with the wall.

What might be overlooked as a Tom Dixon vignette is actually a Sony installation for their newest home projector, targeted at consumers who enjoy the home theater experience but could do without all of the gadgets. Designed by Yusuke Tsujita, the Life Space UX is an ultra short throw projector hidden into what looks like a standard entertainment console. The built-in projector can cast a 4K Ultra HD image up to 147-inches when situated only inches from the projecting wall. 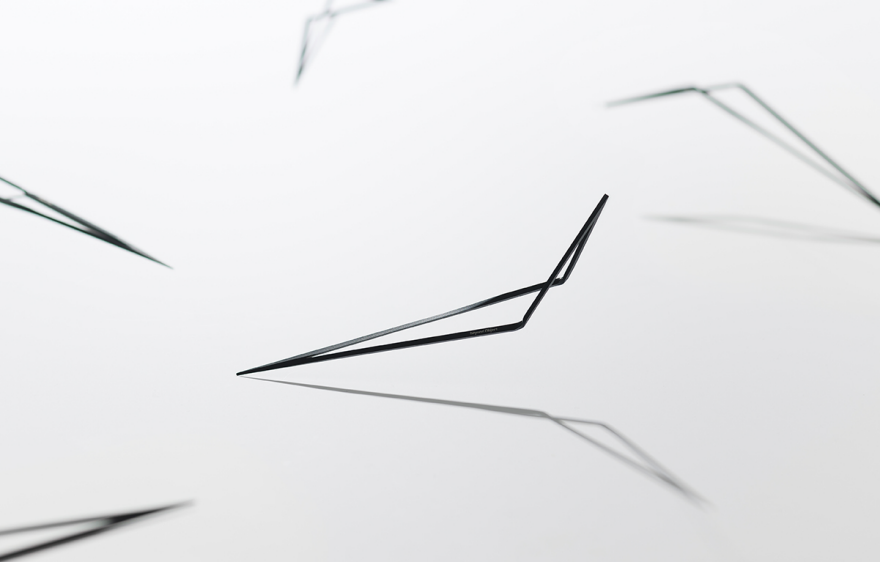 Desk Accessories at Beyond Object

The London-based design team of Beyond Object showed their minimal desk accessories including a letter opener (above), tape dispenser, pencil sharpener and desktop organizer in dramatic fashion, befitting of a chromed-out collection. Our favorite had to be the handmade steel Lino, a letter knife that maintains its functionality in a striking silhouette. 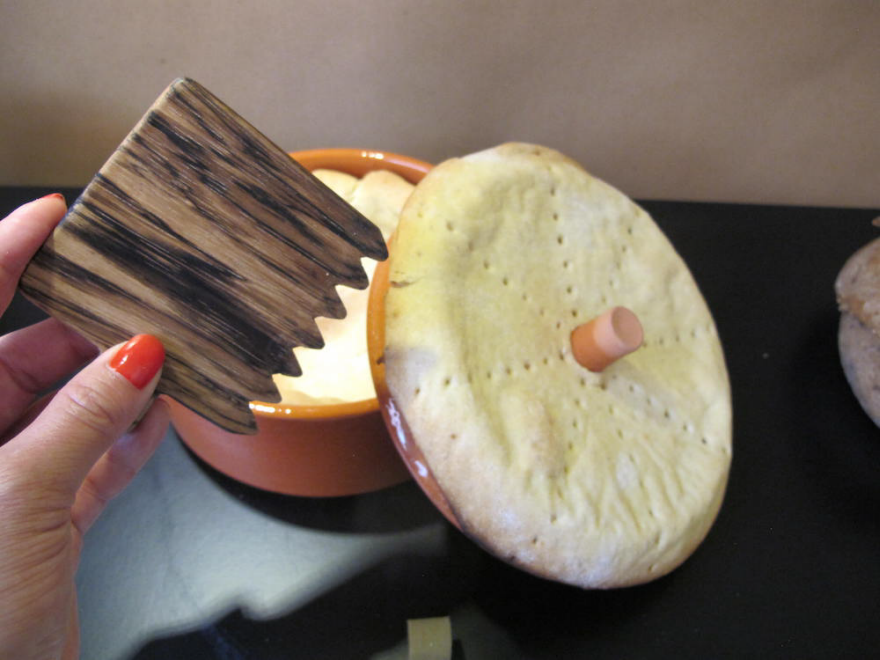 With food as the theme of this year's World Fair hosted in Milan, it's no surprise that there has been a considerable number of food design projects. The Pan Is Artos show collected four bread-related projects—decorative olive wood bread stamps, a stackable dish for preparing, cooking and serving a traditional Italian crisp bread, and a highly designed loaf of low-gluten sourdough loaf, and a terracotta pot for making a bread bowl. The latter, Ki-Ra, is the work of Kostantia Manthou. The terracotta pot and lid, accompanying recipe and utensil are all multifunctional tools for preparing edible containers. The pot and lid become the molds for the containers, the recipe doubles as a label for a cloth that can transport food, and the utensil both makes perforations in the edible container lid and acts as a fork. 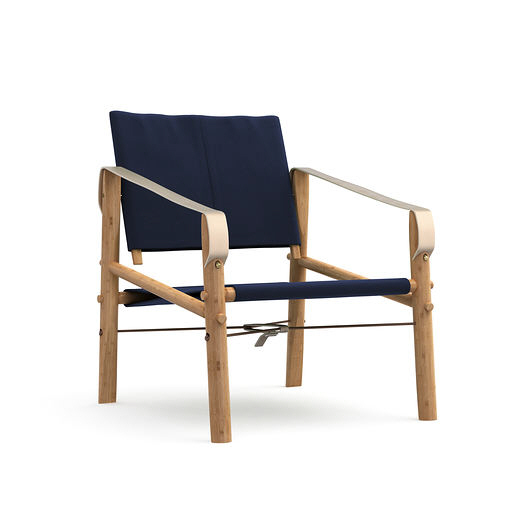 Nomad Chair at We Do Wood

The Roorkhee Chair, originally made for British military officers stationed in India, has had an endless string of admirers—from Breuer to Le Corbusier. Danish wood furniture company We Do Wood is releasing their homage to the classic in bamboo—a lightweight, strong and sustainable material—with leather and canvas fabric for the seat and back. Launching on Kickstarter in the next month, designer Sebastian Jorgensen's version has wonderfully considered details in its construction, using traditional wood-working joinery technique. 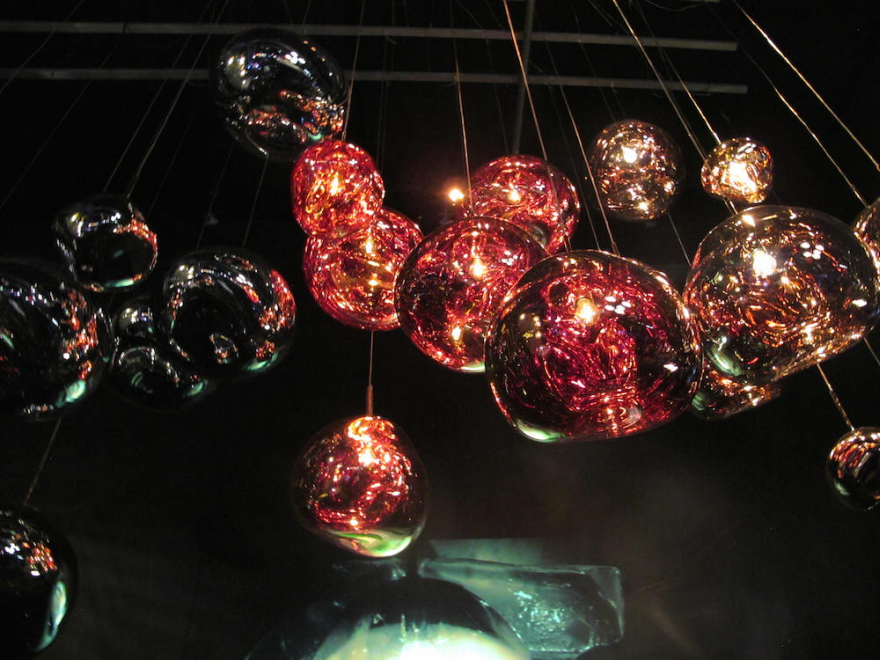 The glowing balls of lava bubbling at the entryway for Tom Dixon's Cinema space could, understandably, be mistaken for hand-blown glass. Instead, the globes are constructed with a lightweight polycarbonate shell and a thin layer of chrome, copper or gold metal applied on the interior using a vacuum metalization process. Designed by Front, the pendant lights are translucent when on and have a mirror finish when off.

Designjunction is open now through April 19th at Casa dell'Opera, via Pietro Mascagni, 6.