A Year in the Life of Nendo

Walking into the Nendo show during Milan Design Week is almost an other-worldly experience. The massive doors of Milan's Museo della Permanente open up onto a great white entryway leading to their single year solo retrospective. 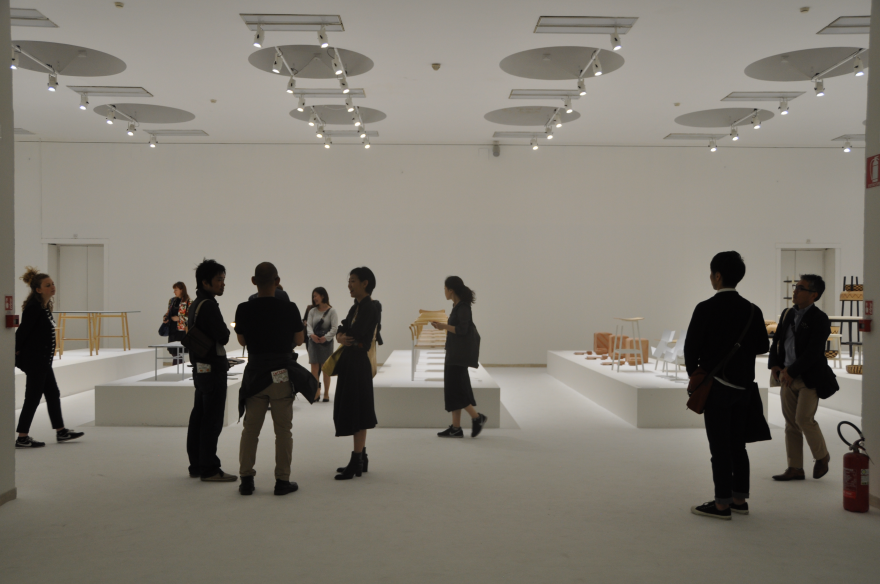 2015 has already been an undoubtedly good year for Nendo. The Japanese design firm revealed their innovative suitcase design the kame for Fabbrica Pelletterie Milano—only one of a number of company collaborations. The sheer scope of their work from 2014-2015 is incredible even for this prolific firm—a fact they have capitalized on. Over 100+ products were displayed against a perfect warm white backdrop creating a subtle '!' moments for which the company has become known. 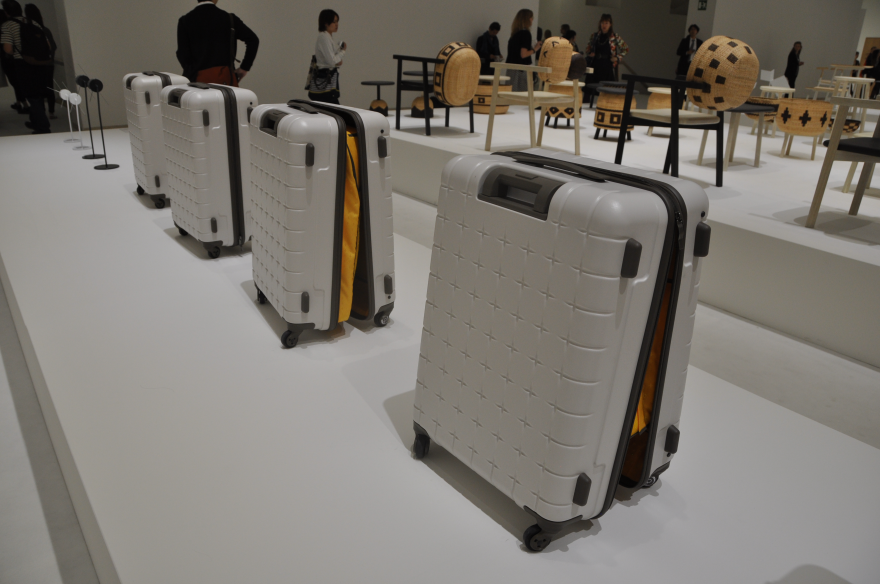 Since kame, the nendo team has also collaborated with Proteca to produce luggage line 360

While the show included a number of highlights, many of the standouts on the first floor of the two-story exhibition were collaborations with Glas Italia. A major theme that runs through the glass furniture was what can only be described as mastery of the 'considered surface.' The majority of the pieces, while only employing a very limited material pallet of sheet glass, achieved a range of effects purely through their surface treatment. 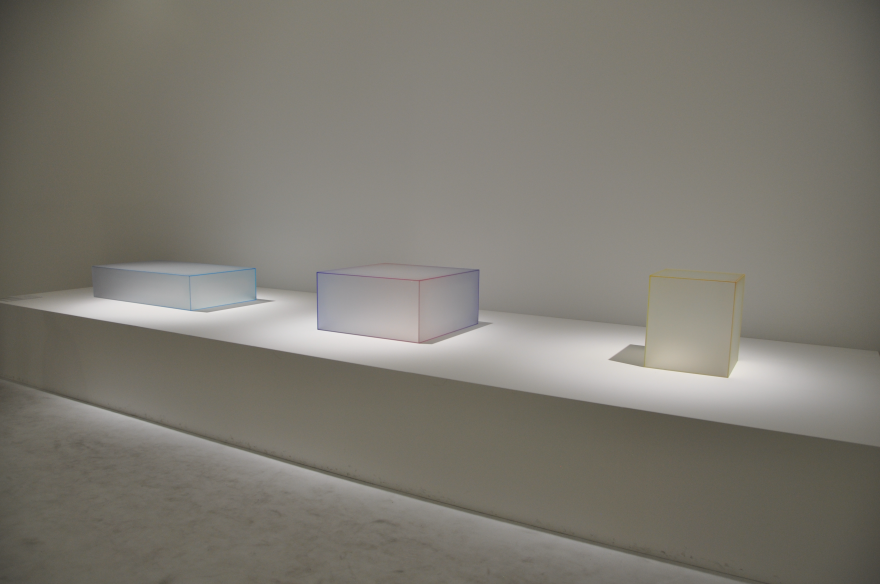 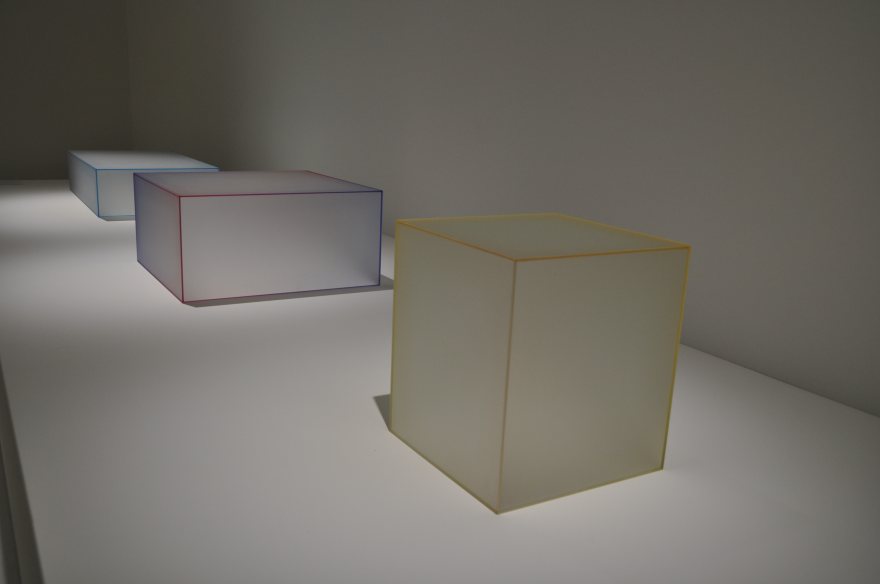 The second floor of the exhibition was dedicated to a broad range of products and collaborations including two humorous nods to food design through a partnership with Häagen-Dazs, a design for an ice cream cake titled village and the project chocolatetexture, which won Chief Designer Oki Sato the title of Designer of the year at Maison et Objet 2015. 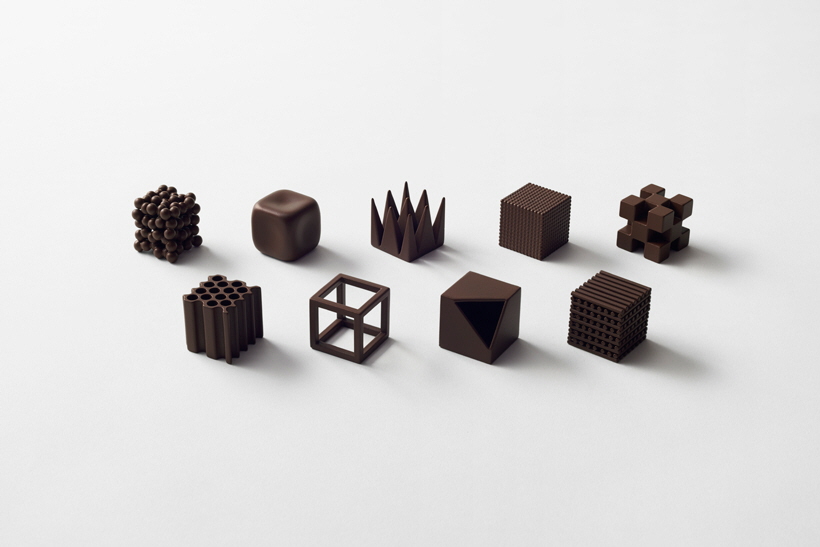 chocolatetexture showcasing a variety of shapes and textures chocolate could take from a 26x26x26mm cube.

The fact that most of the projects were created in multiples, gave the the show a nice rhythm. Objects were arranged along plinths that added structure to the large room and allowed visitors to appreciate the evolution of each object as they walked the length of each stand. 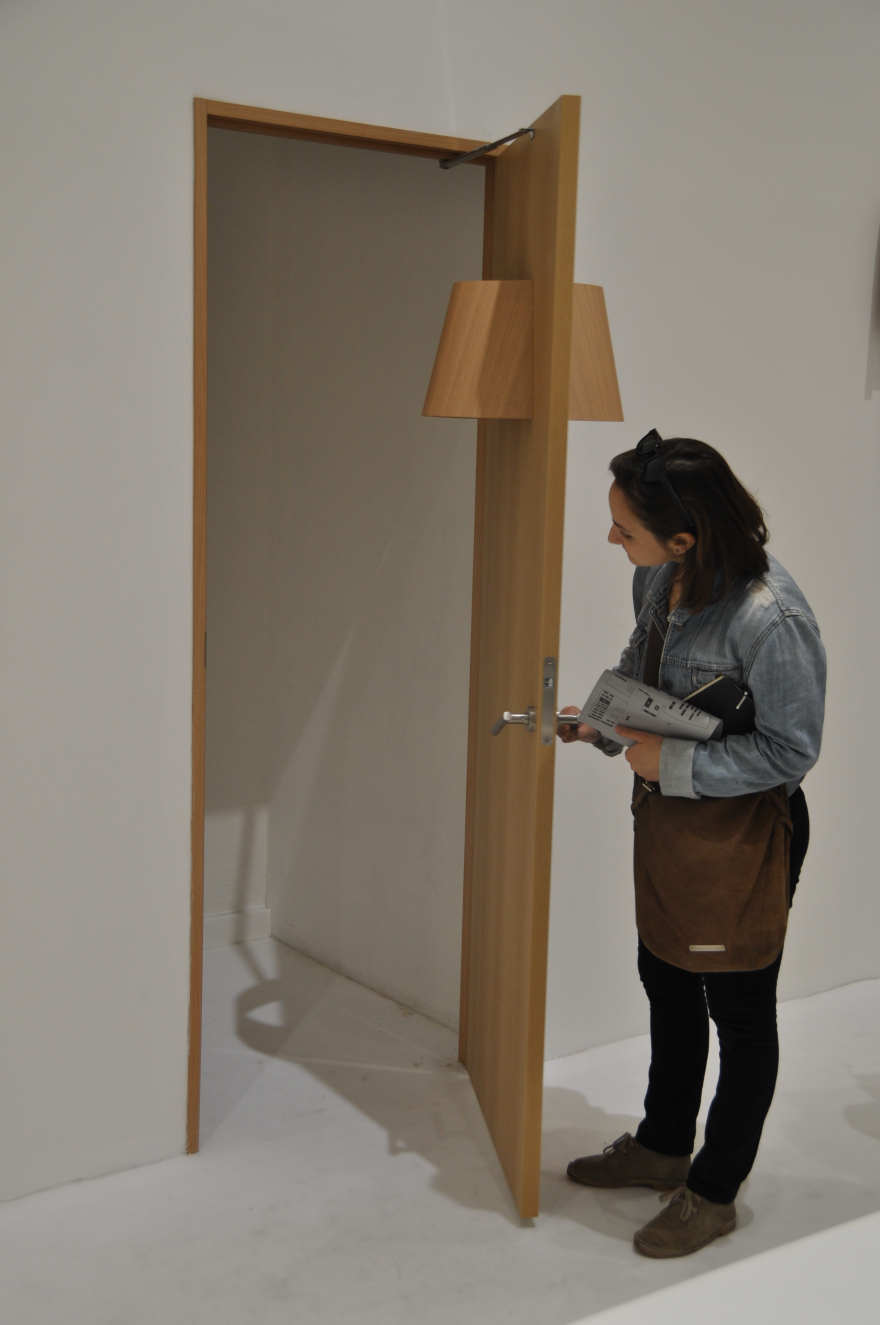 Lining the back wall was a series of seven doors built in collaboration with the Japanese door manufacturer Abe Kogyo commemorating their 70th anniversary.

"All have a basic default design, and each one has been treated with a different idea born from the various techniques and experience held by the company. These doors do not end up being just one-off products. They have opened up new possibilities for various byproducts displaying a wide range of product development for the future"

The sheer amount and variety of work from product to food, concept and interior architecture is a testament to the agility of the firm. In the 10+ years since establishing their first Tokyo office the company has built an enviable portfolio to say the least.

We look forward to many more years of Nendo. Much more of their work from Milan Design Week and other exhibitions can be seen on their website.

A Year in the Life of Nendo