As artist Katsu works out the kinks on his creation, tagging will rise to new heights

Last year street artist Katsu caused a stir with his Drone Paintings. Last week he caused a stir by turning the technology against advertising with a public act of vandalism.

The technology in question is the ability to spraypaint via drone, which produced (in my opinion) some pretty cool paintings exhibited by NYC-based gallery The Hole at the Silicon Valley Art Fair: 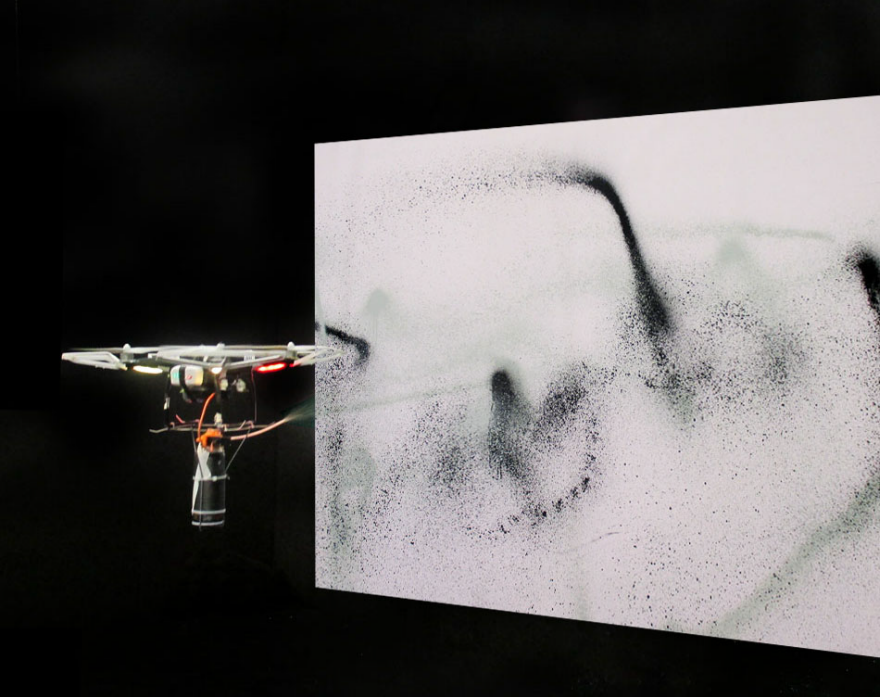 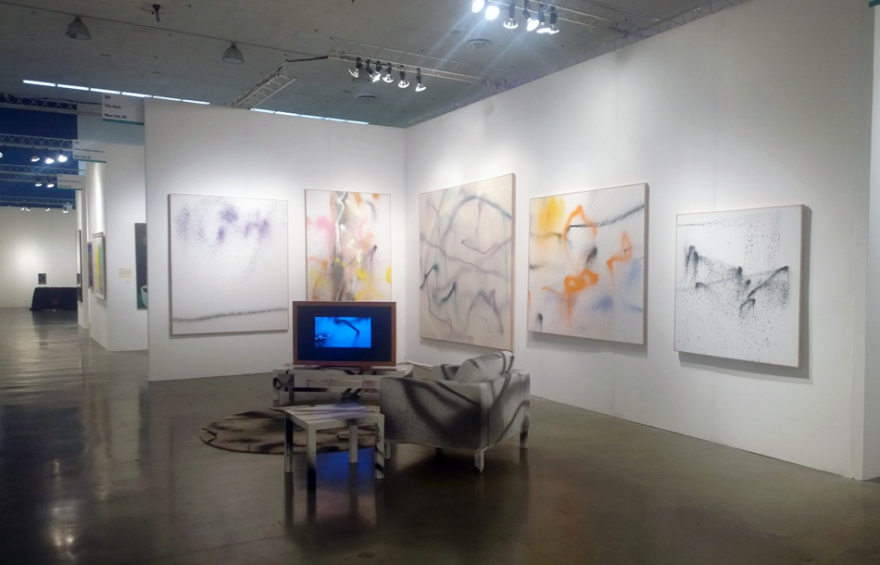 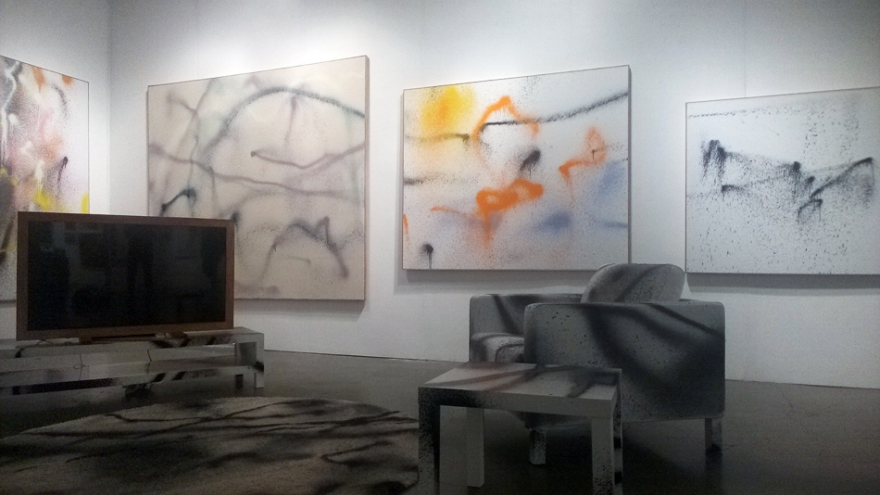 Producing those was a lot more complicated than simply attaching a can of Krylon to a Phantom. The artist spent months "[experimenting] with the weight of the paint, the straw for the sprayer, the sensor for the can activation, the flight of the drone and different paint and surfaces," then had to contend with the paint stream getting buffeted by the rotors' wash, and trying to keep the drone righted when the very act of spraying blows it off-course.

But he pressed on, and last week Katsu left his mark (literally) across the gi-normous billboard space just up the block from Core77's NYC HQ, at Lafayette and Houston Street. The target was a multistory Calvin Klein ad featuring Kendall Jenner, and anyone who was around at the right time on Wednesday night might've spotted this:

In addition to drones allowing Katsu to reach places he physically cannot without them, he's fascinated by creating art that is in effect a collaboration between man and machine. "It's really exciting to see and understand and think about what it means that many of the aesthetic decisions in these paintings are not my decisions," he told Motherboard in an interview on the Silicon Valley show. 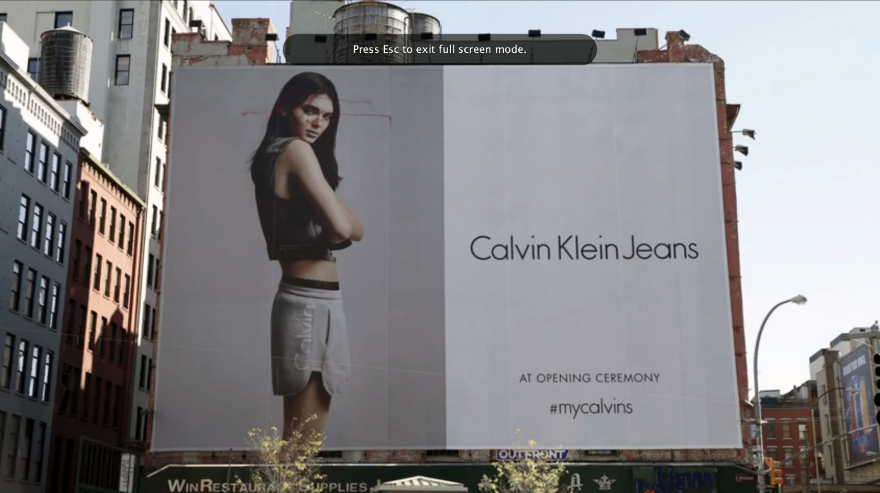 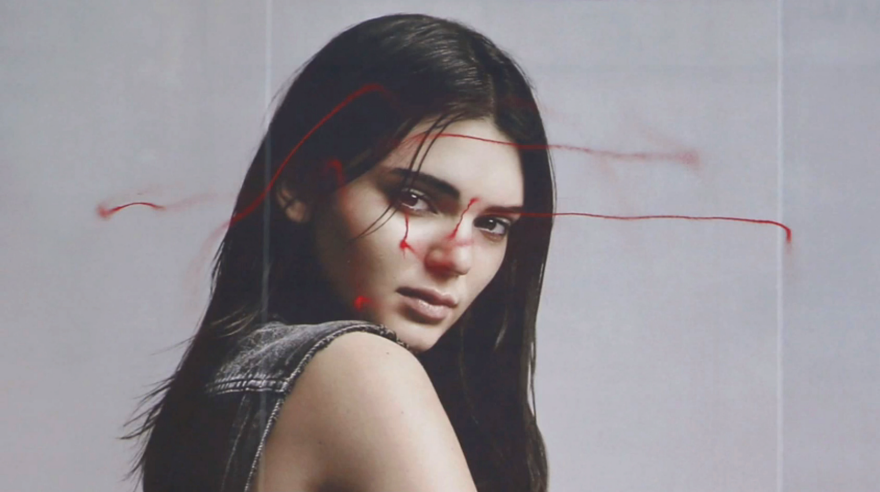 Obviously the decision to apply this to--or against--advertising is his decision, and one that he's pleased with. ""It turned out surprisingly well," he told Wired more recently, of the anti-Klein stunt. "It's exciting to see [the paint drone's] first potential use as a device for vandalism." If the copycats come, as they surely will, or even if Katsu simply grows more prolific, no billboard will be safe. Which begs the question: What's next?