And why do we have to shop vintage just to get something that works?

After graduating design school and finding work as a CAD jockey, I donated all of my studio materials to a young design student who needed them. Berol Prismacolors, Koh-i-Noor Rapidographs, circle and ellipse templates, French curves, you name it. I never missed any of that stuff, except one object I really regret giving away: My Panasonic pencil sharpener from the '80s. Lately I've been using more old-school pencils in my shop and could really use the thing.

The Panasonic was made in Japan and looked like this: 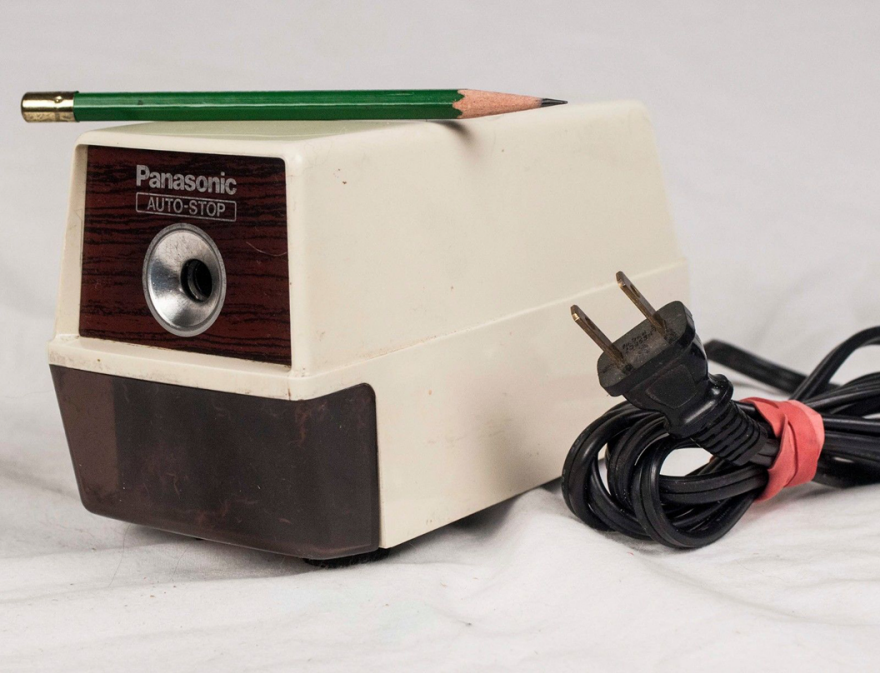 It had more metal than plastic inside it and was heavy. That, combined with its four rubber suction-cup feet, prevented the machine from moving backwards while you pushed a pencil into it. The motor ran strong and the shavings dish was a good size. 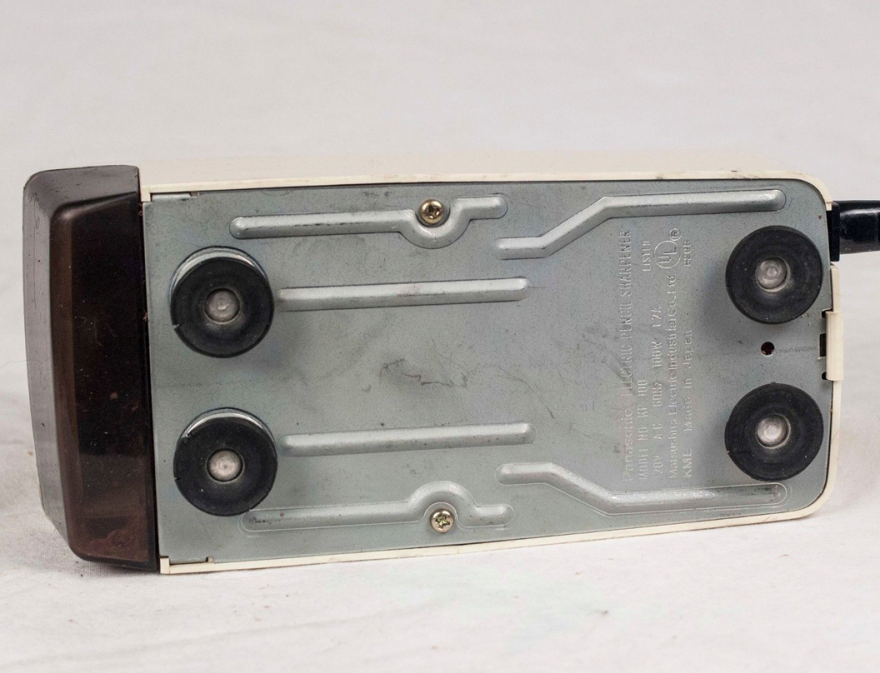 Electric pencil sharpeners come in one of roughly three form factors. The first has narrow frontage and a deep body, shaped like a Manhattan store. 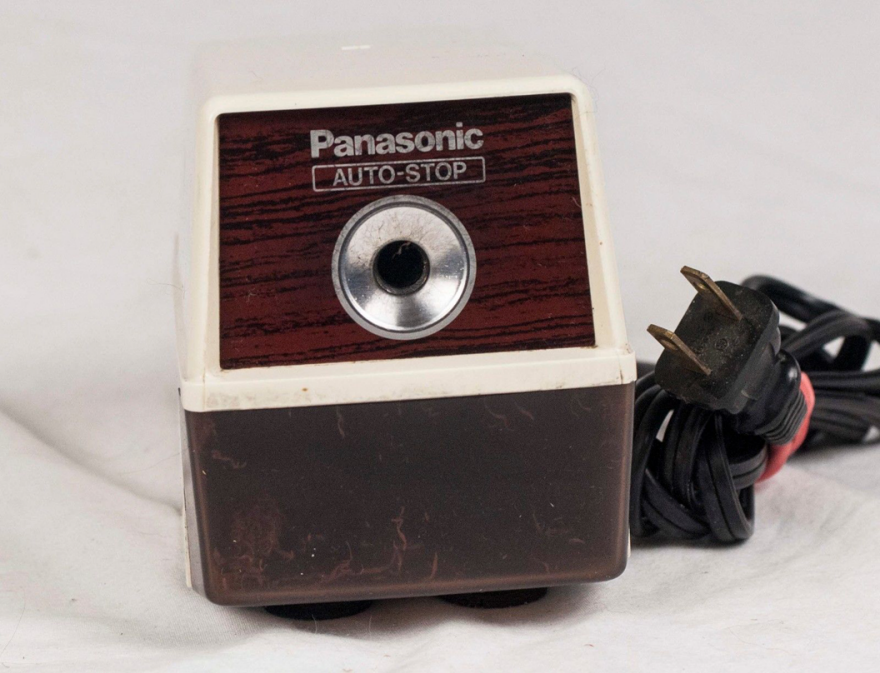 The second is shallow in depth but wide. 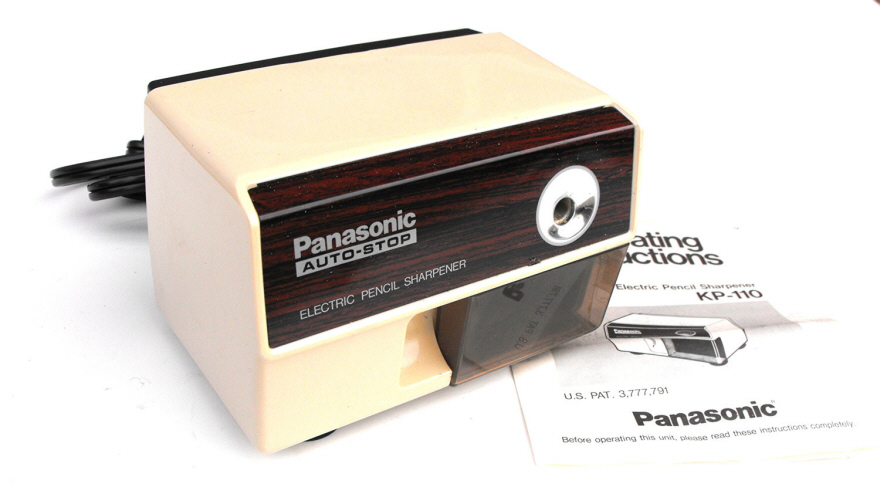 The third type takes the pencil from the top. 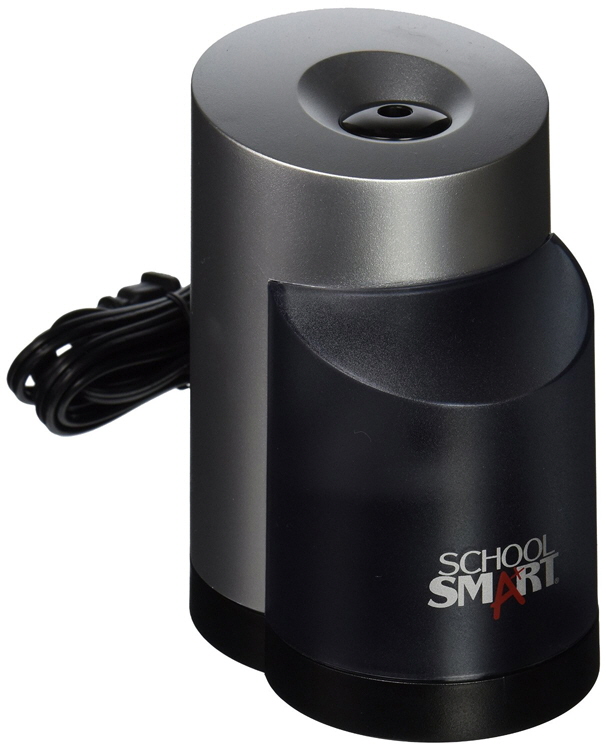 I prefer the first type of form factor so that I can place the thing on a shelf in my shop and not have it take up a lot of side-to-side room.

I went online to see if Panasonic still makes it, and of course they do not. On Amazon I found a model with a similar form factor, this Chinese-made X-Acto model: 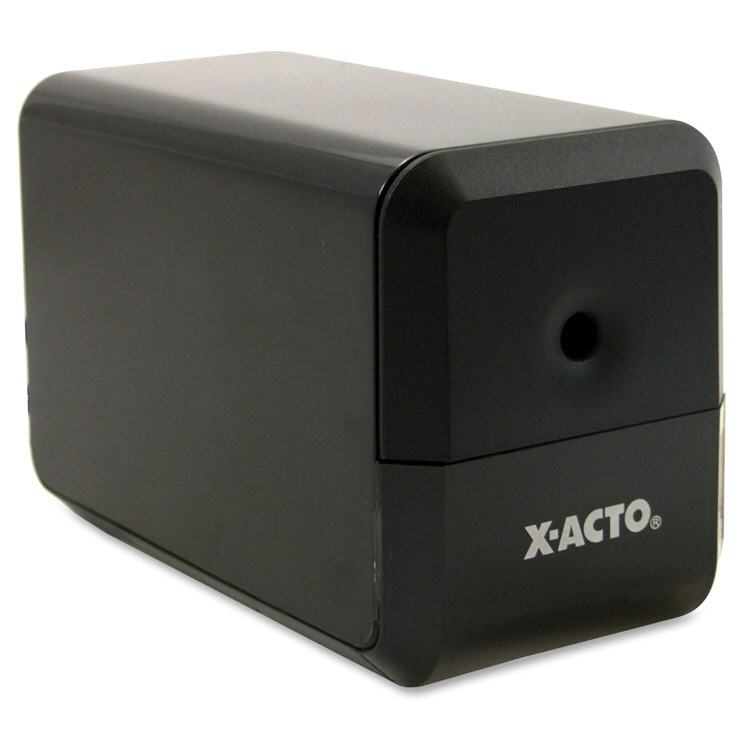 The reviews are horrific: "Stopped working within a month," "Often sticks, overheats," "Stalled the motor on the first pencil," et cetera. Here's the most damning one:

This "sharpener" won't sharpen. When you try to use it, the pencil tip comes out slightly lopsided, with the lead covered with wood on one side all the way to the tip -- wood beyond the farthest reach of the lead. Result: the wood-tipped pencil won't write, won't even deposit a mark on the paper….

The cause of the problem seems to be [that] the X-Acto 1818, with its single cutter, doesn't seem to hold the pencil at the correct angle….

I suspect that this model requires precision assembly, so that the cutter is installed at the perfect angle. Since other reviews suggest that this model sometimes works, my conclusion is that buying this model is a gamble…. You may get a properly assembled one that works, and you may get one that doesn't.

Yes, we now live in a time where even something as basic as an electric pencil sharpener cannot be relied upon. And companies will keep producing garbage like this as long as we keep buying it. There's no pride of design in the X-Acto model and there certainly isn't any pride of craftsmanship.

In the video below, a repairperson opens up a vintage Panasonic model similar to the one I owned, alongside a newer X-Acto model similar to the one above. You can see the inferior built quality of the X-Acto and most damningly, how poorly and weakly it performs. The lighter weight also means that the X-Acto slides backwards across the table as you push the pencil into it.

The X-Acto is priced around $17, because we Americans are suckers for stuff that costs less than $20. I've heard that below that price point, most people won't go to the trouble of attempting to return something that fails.

I just spent $30 on eBay to order a vintage Panasonic like the one I owned. I'd rather support some guy in Oregon than a factory that produces junk.