Robo-News: The DARPA Challenge Winner, Robots Collapsing From Emotional Strain, and a Robot Learning to Wield a Samurai Sword

So far, the robots falling down aren't the ones being given swords

The DARPA Robotics Challenge Finals have been won by a robot named Dr. Chubo. Oh wait a sec, I read that wrong—it's actually called DRC-Hubo. Created by Team KAIST (the Korea Advanced Institute of Science and Technology, something like that country's MIT), the Hubo-bot snagged $2 million in prize money by completing the task list in the shortest amount of time. 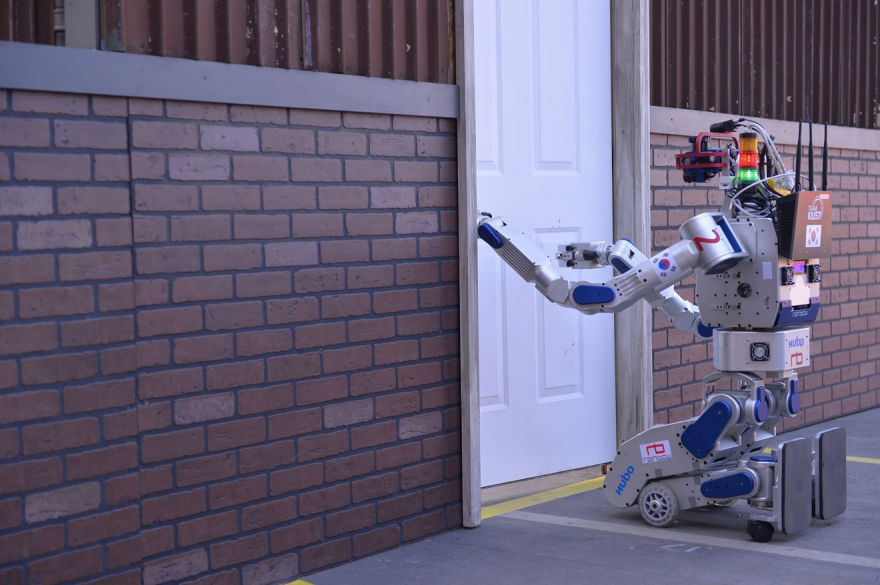 Bizarrely, the only video available of this high-tech robot navigating a sophisticated course created by DARPA is in a resolution of 240p. But in it you'll get to see some of the robot's unusual design elements: It's got wheels on its shins and drives around by kneeling, and it walks up staircases backwards, presumably to freak you out.

As you can see, the video's been sped up, and that's because every robot in the competition is extremely slow. To get a sense of how slow, here's a clip of the moment the robot won the competition in regular speed:

Note the crowds cheering on this harbinger of humankind's replacements.

Of the 23 competing teams, not all of them did well; a lot of robots physically collapsed, unable to process their newly-learned emotions in a healthy way. Someone strung them all together here:

While that is meant to be funny, the Yaskawa Bushido Project from Japan's Yaskawa Electric Corporation is seeing to it that we won't be laughing at robots for long. They have armed their Motoman-MH24 industrial robot with a freaking Samurai sword. And since robots are notoriously impatient when it comes to learning deadly skills, the developers decided to motion-track a sword master and feed the data into the robot, so that the robot could learn in mere seconds what it took the swordsman a lifetime to master:

How long, you reckon, until they give this thing throwing stars?

Robo-News: The DARPA Challenge Winner, Robots Collapsing From Emotional Strain, and a Robot Learning to Wield a Samurai Sword