And inventor of the modern mail-order catalog 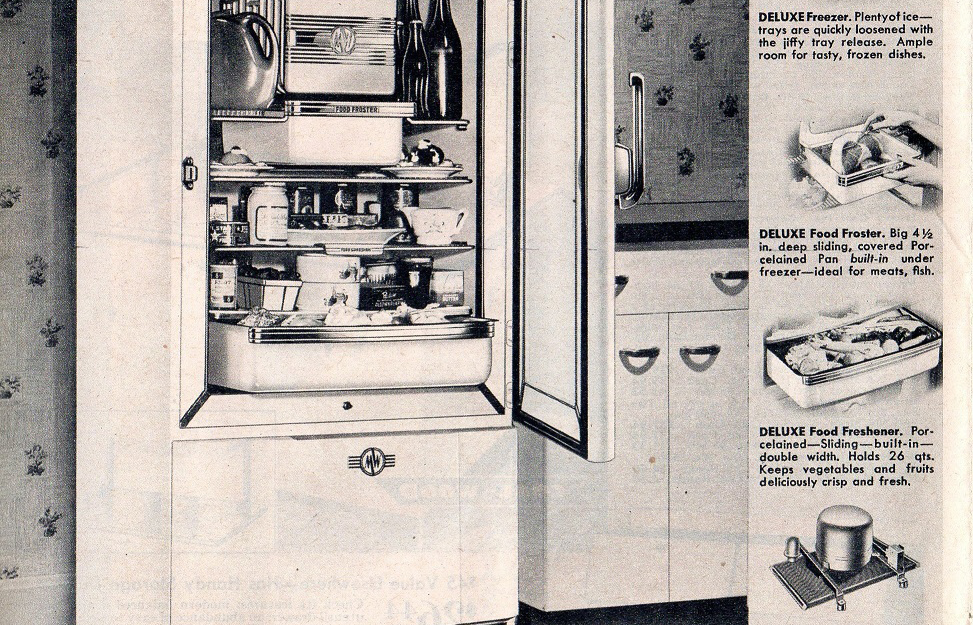 This is the latest installment of our Designing Women series. Previously, we profiled the Danish furniture designer Nanna Ditzel.

If your adolescence occurred in the pre-Internet era, you can probably recall with some excitement the thick catalogs from Sears or Montgomery Ward arriving in the mail. Before flipping to the toys or back-to-school fashions, you most likely spent some time ogling the models in the underwear section, and for this you have designer Anne Swainson to thank.

Swainson was born in Sweden but she immigrated to the United States, studying Fine and Applied Arts at Columbia University and teaching textile design and applied art in the early 1920s at the University of California, Berkeley. She then became a design director at Chase Revere Copper, which specialized in affordable and stylish metal housewares. In 1931 Swainson was recruited by Montgomery Ward in Chicago to found its Bureau of Design, and from 1931 to 1955 she oversaw the first corporate industrial design department in modern American history. She was also the retailer's first female executive, fundamentally changing the design of the modern mail-order catalog by replacing traditional woodcut imagery with photographs of models interacting with products—and, yes, wearing lingerie. 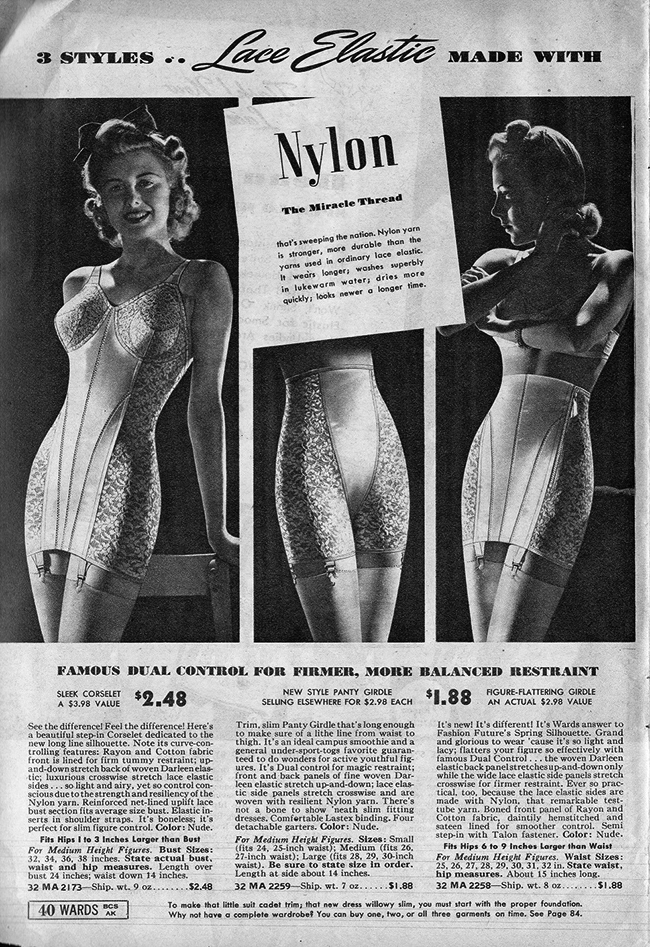 Her in-house design department, which by 1935 included 18 product and 14 packaging designers, evaluated the thousands of products sold by the Montgomery Ward label and then set about redesigning those that Swainson found lacking. These products ran the gamut from welding equipment to radios, toys to kitchen appliances. Products that were purchased from outside suppliers now had to meet her approval and were repackaged and inscribed with the Bureau's new MW logo in order to unify the retailer's offerings. Although few of the products were actually designed by Swainson personally, under her tutelage a new era of industrial designers flourished, including Dave Chapman and Ellen Manderfield. 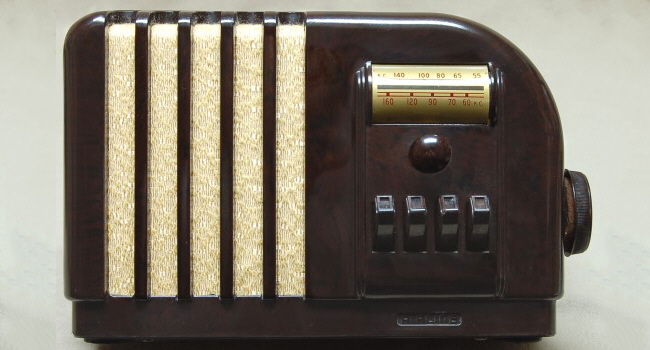 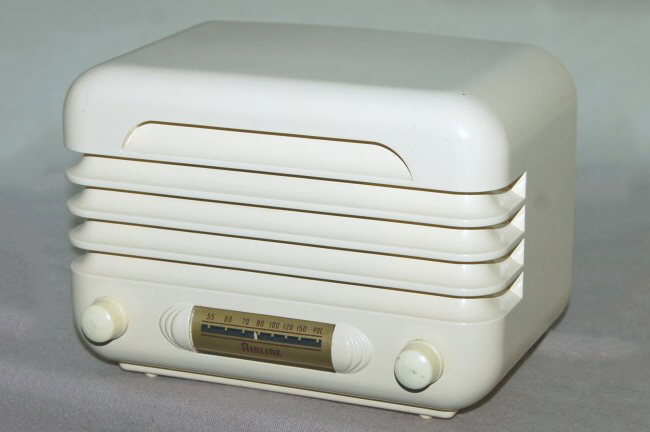 A Montgomery Ward Airline radio, circa 1939, produced in Bakelite and measuring only six inches wide 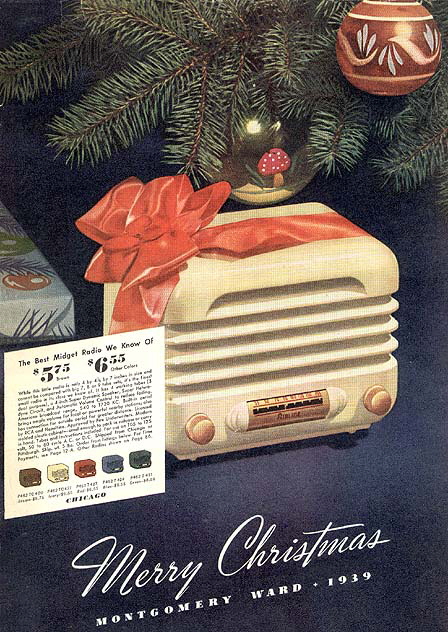 A 1956 profile of Swainson in Industrial Design magazine relates a typical workday under her direction in the Bureau: "First you came to work at 7:30, and if you wanted to read the magazines, you came an hour earlier. You got an assignment and on it was marked a time it was to be 'picked-up'…One day's assignment might be a tractor, the next a 10-ton jack. Every beginner learned to draw any kind of ideas fast, accurately, and flawlessly, unless he wished to risk the criticism of a meticulous taskmaster." Thanks to Swainson's industrious department and her pursuit of well designed products for the modern American consumer, Montgomery Ward rebounded from the Great Depression, and by 1939 saw nearly a half billion dollars in sales from its catalog and 618 stores. 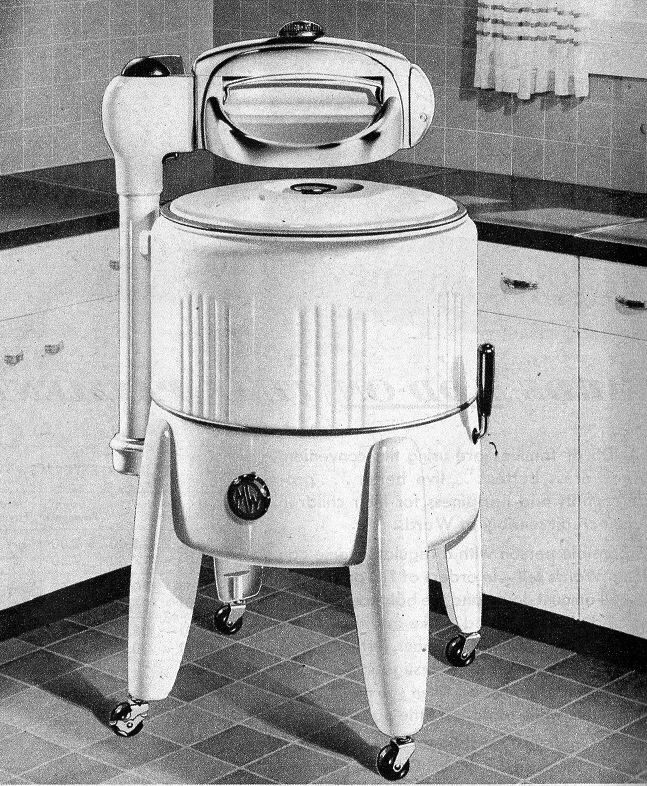 However, the retailer's prominence came to an end during World War II, when Montgomery Ward's leader, Sewell Avery, became mired in labor disputes and failed to foresee the postwar boom and the rise of the suburban middle class. Swainson's Bureau of Design was hit hard by the decline—although Montgomery Ward offered more than 66,000 products, many of which had passed through Swainson's Bureau at one point or another, her staff was drastically cut. By 1955 only Swainson and an assistant remained; they were assigned to a desk in the corridor of Montgomery Ward's warehouse building, where later that year she was found dead of a heart attack at age 55.

Our main source for information regarding Anne Swainson's life and work was the The Chicago Athenaeum: Museum of Architecture and Design's publication "Anne Swainson: Master Designer: Montgomery Ward's Bureau of Design, 1931-1955" by Christian Narkiewicz-Laine, copyright ©1994. 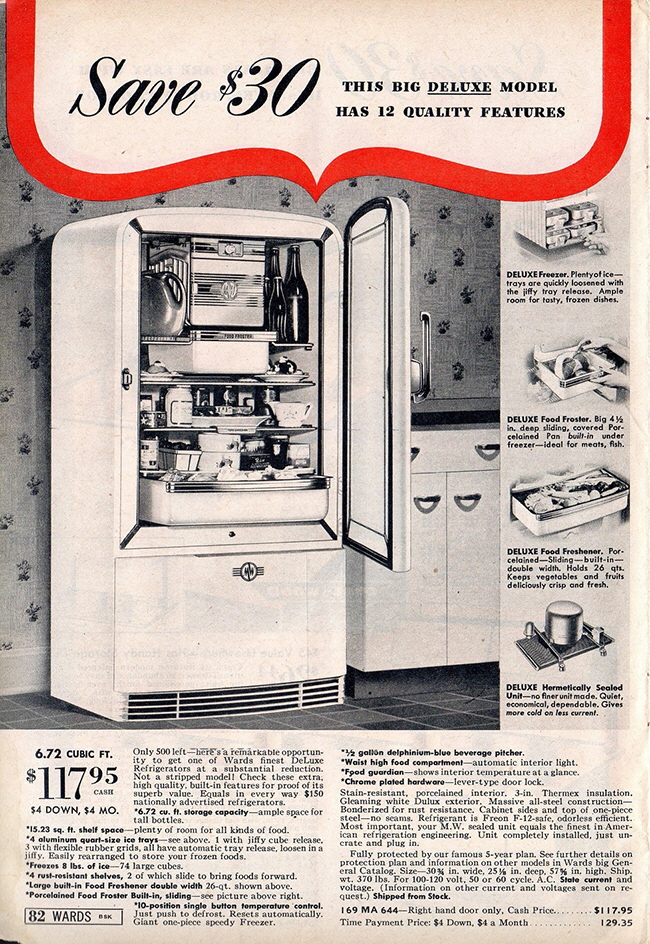 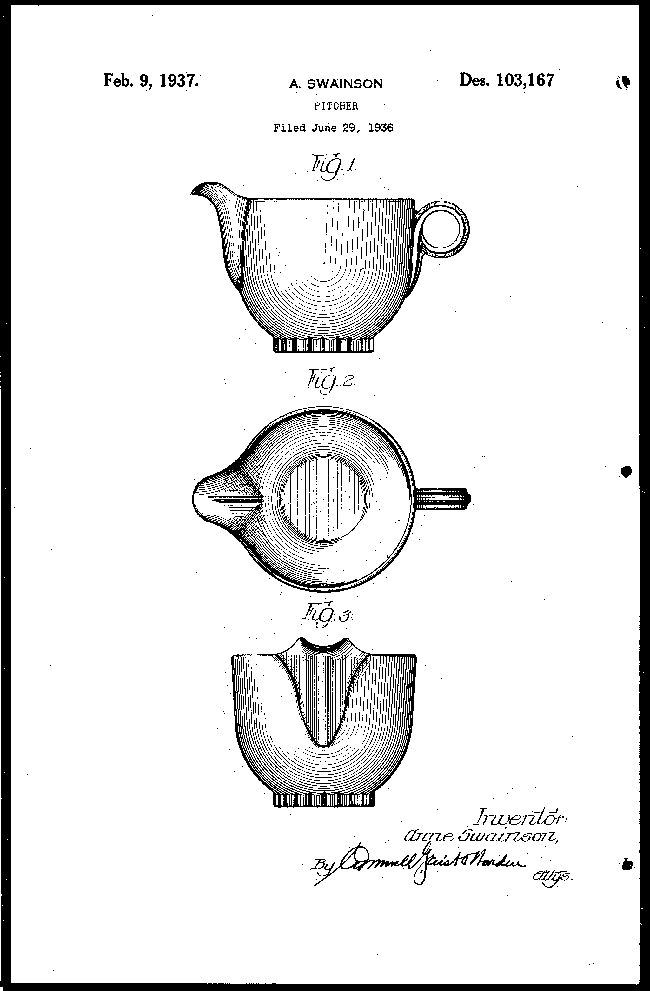 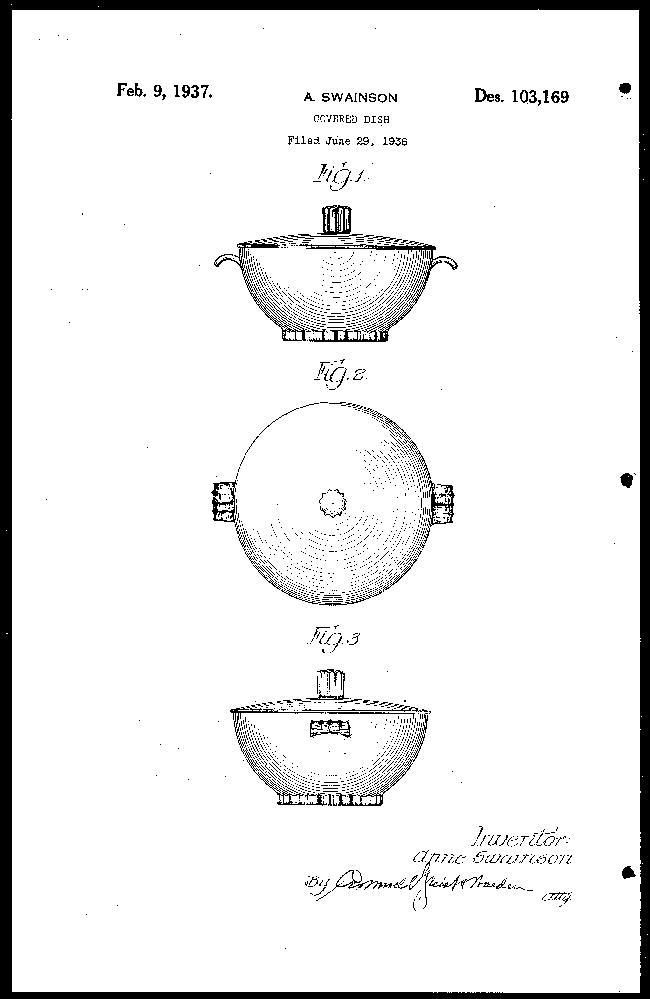 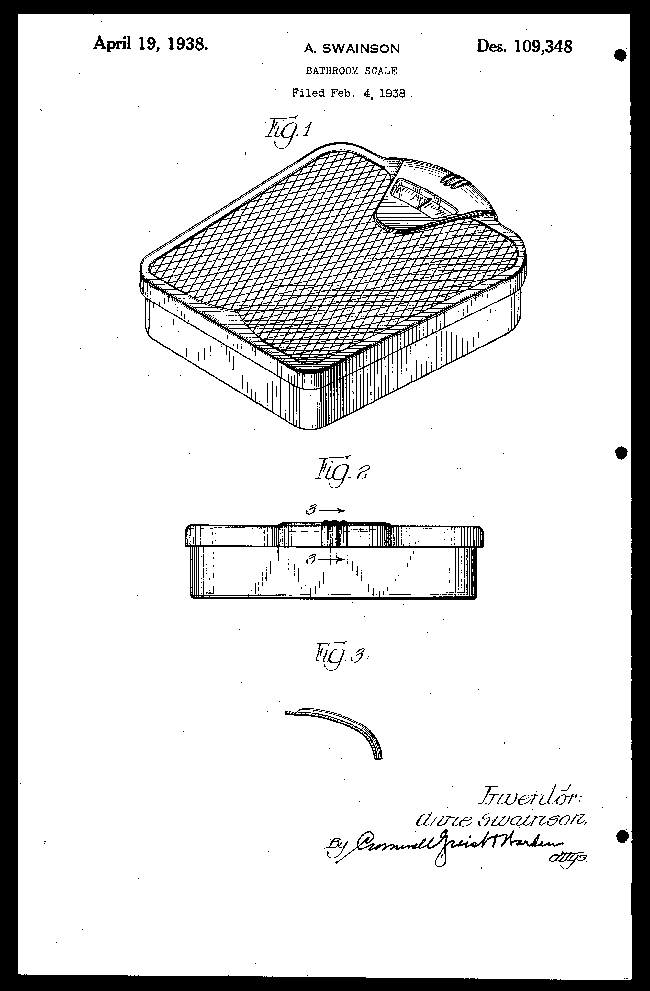