Remember the "Crooked Forest" mystery we showed you earlier? Here's a photo: 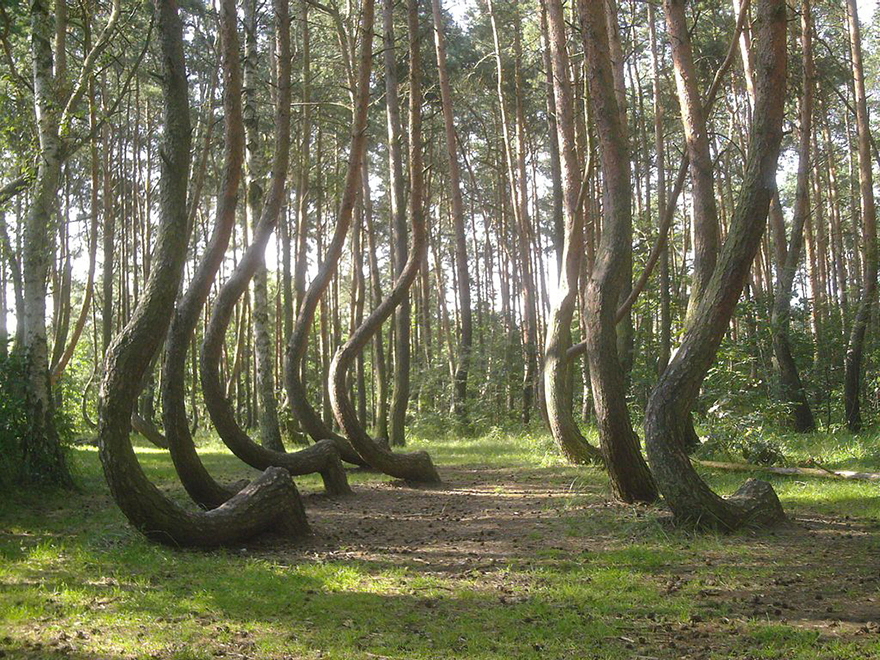 To refresh your memory, this pine grove in Poland contained a high number of these remarkably-shaped trees, which prompted theories on their causation ranging from snowfall to meteorites to fungal infections. But ultimately, consensus stated that the trees had been deliberately, mechanically distorted in their infancy by humans, with the intent of purposely growing curved timbers to later incorporate into some sort of manmade object.

One theory is that these unharvested trees were meant to be canes, with production interrupted by World War II. There were also precedents for earlier shipbuilders to manipulate trees for integration into seacraft in addition to seeking out nature-bent trees. Indeed, here's a diagram (via MinnesotaStan) from Milton Roth's Ship Modeling from Stem to Stern that illustrates how various tree parts were once harvested for boatbuilding: 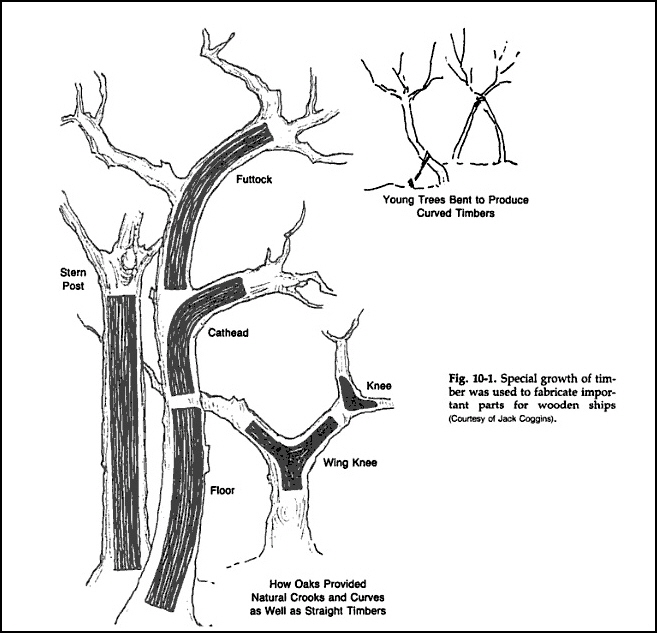 However, it turns out that another crop of unusually bent trees exist across America, and apparently have nothing to do with shipbuilding: 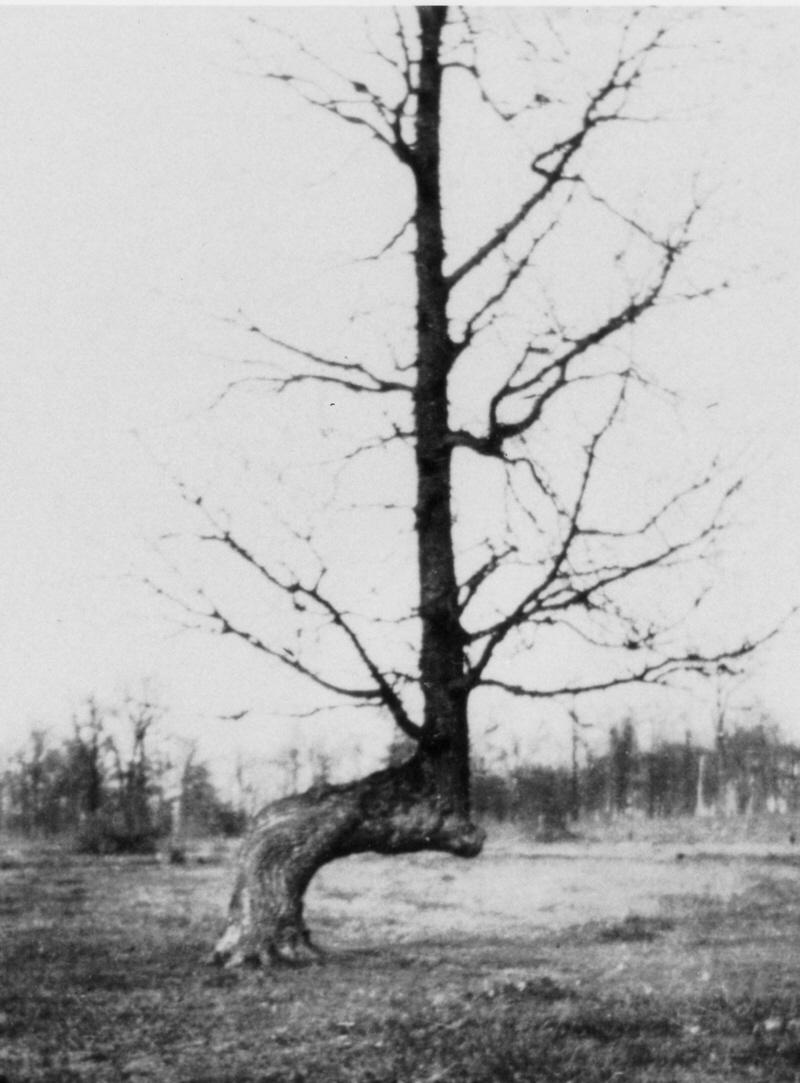 As spotted in Atlas Obscura, it appears these trees were also manipulated by man—but in this case by Native Americans, and not for harvesting, but for navigation. AO looked at the research of Dennis Downes of the Great Lake Trail Marker Tree Society: 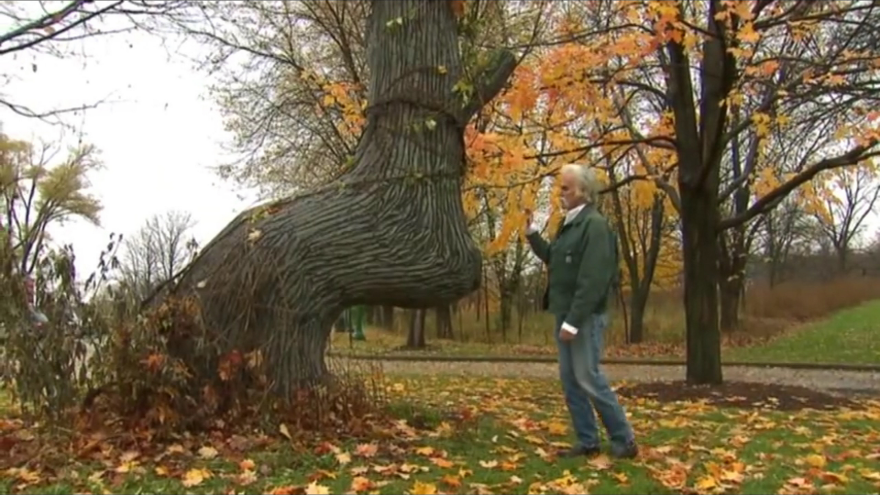 Many people who come across trees like these in the forest share the same instinctive response: this can't be natural. And as a kid, Downes was taught that they were not. The trees looked like that, he was told, because native tribes had purposefully shaped them to mark trails through the woods and across the water. "Having the knowledge of these trail trees could mean the difference between life and death, between eating and starving, between crossing the river correctly or incorrectly," he says.

If that sounds like something told to children, perhaps it was, but Downes subsequently spent nearly 30 years researching them and consulting with Native American members, historians and experts to find it was true. Downes subsequently released a photo-filled 264-page book on the subject called Native American Trail Marker Trees: Marking Paths Through the Wilderness.

You have to respect and admire tree markers as a system, and note its inherent sustainability. While both shipbuilders and Native Americans were able to derive great functional value from the tree, the marker system allowed the tree to continue living.