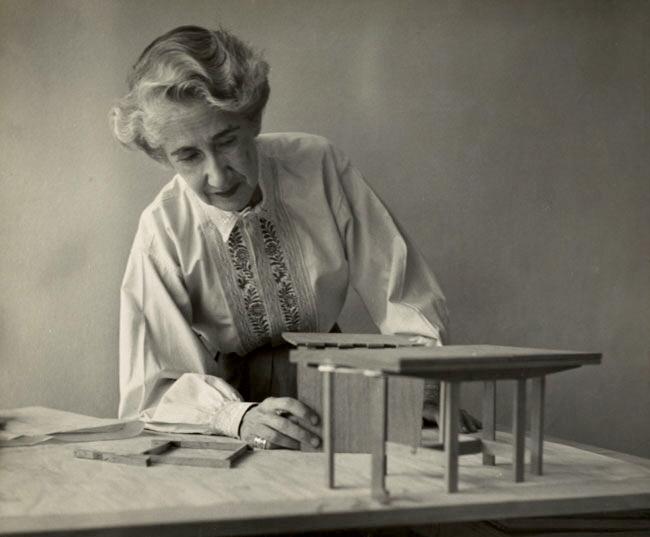 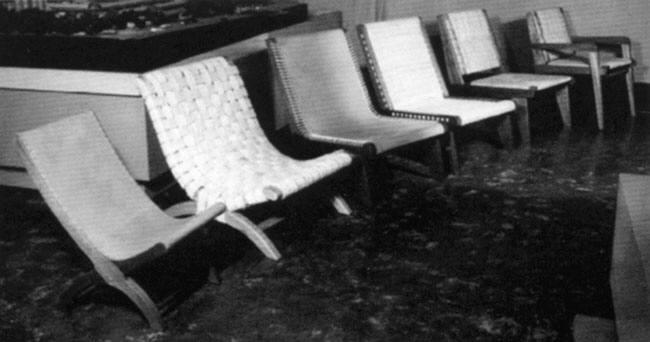 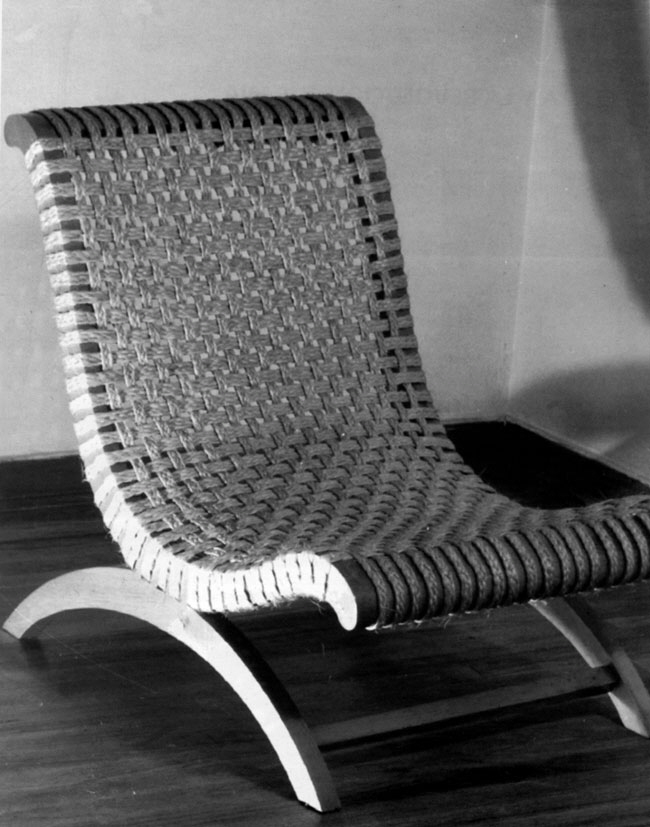 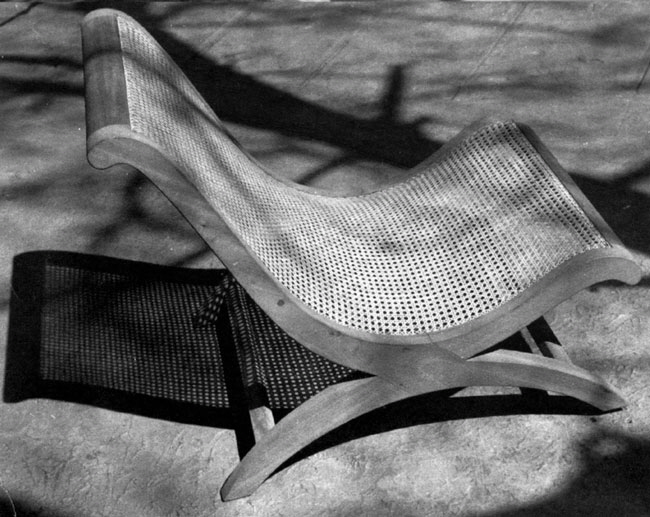 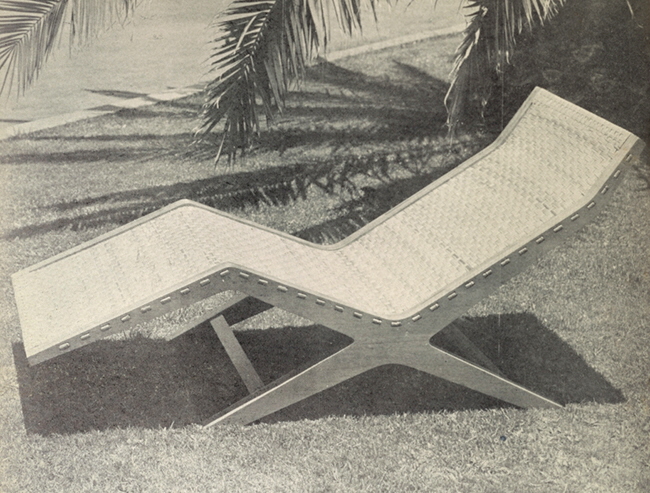 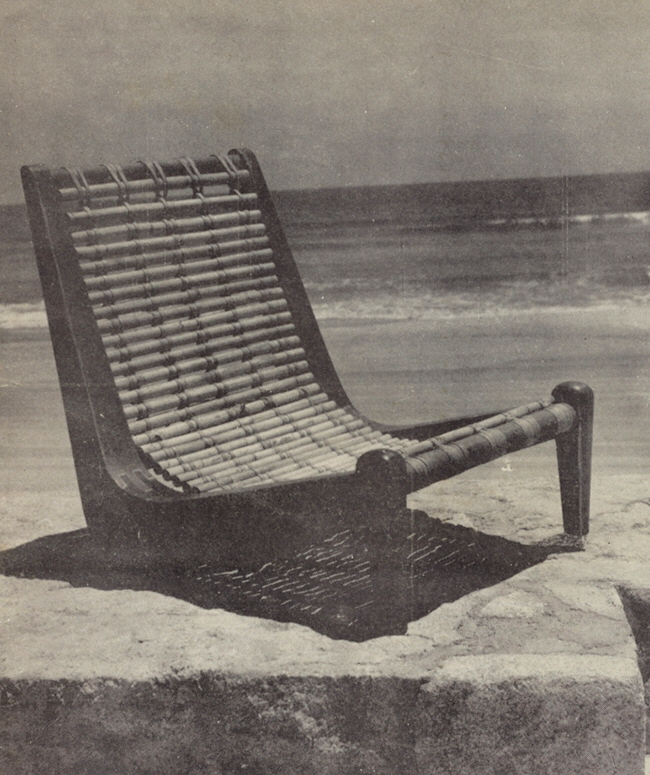 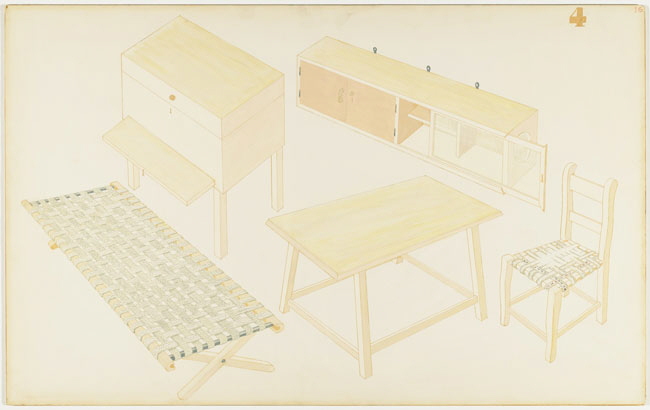 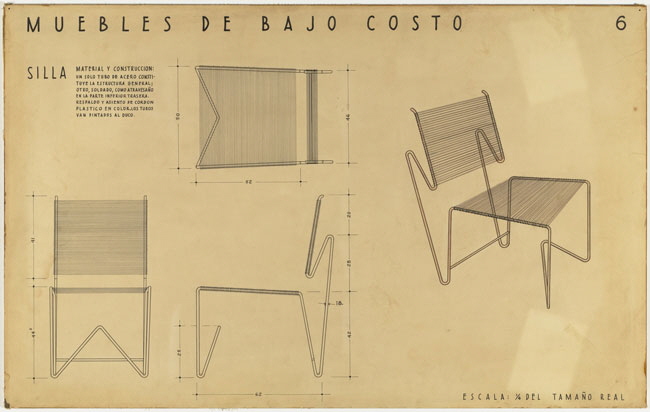 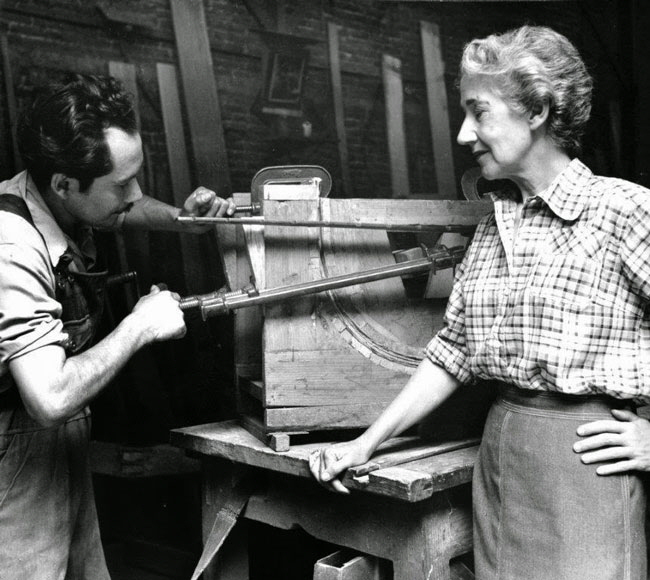 Porset in the workshop circa 1950s with furniture maker Alfonso Rojas, who is adjusting a plywood mould to create a chair back. Photo by Elizabeth Timberman. Above and below images from Archives of American Art, Smithsonian Institution, Esther McCoy Papers 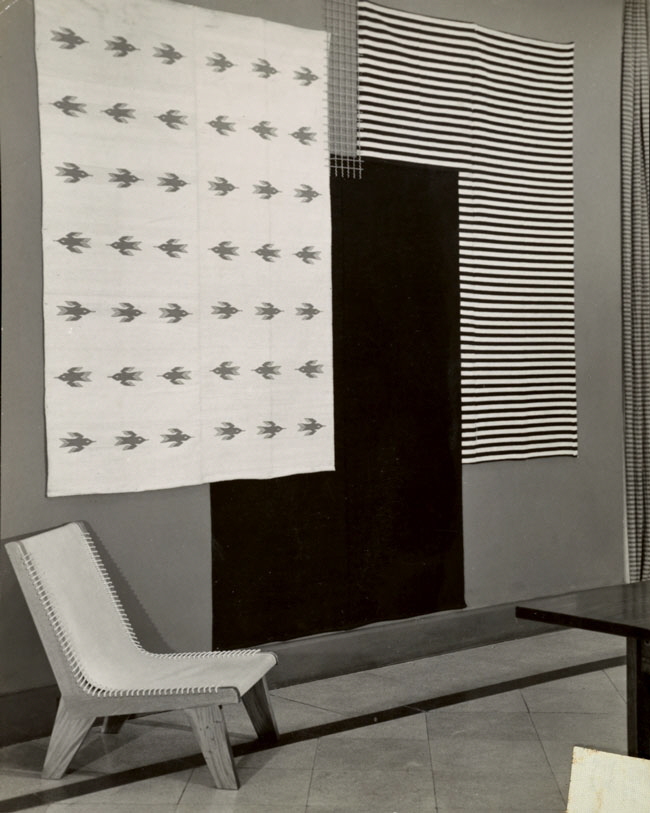 In 1952, Porset organized an exhibition of design objects from Mexico called El Arte en la Vida Diaria at the Palace of Fine Arts in Mexico City, displaying the country’s strong tradition of craftsmanship in dialogue with modern industrial design. Above is Porset’s chair alongside various handicraft textiles. 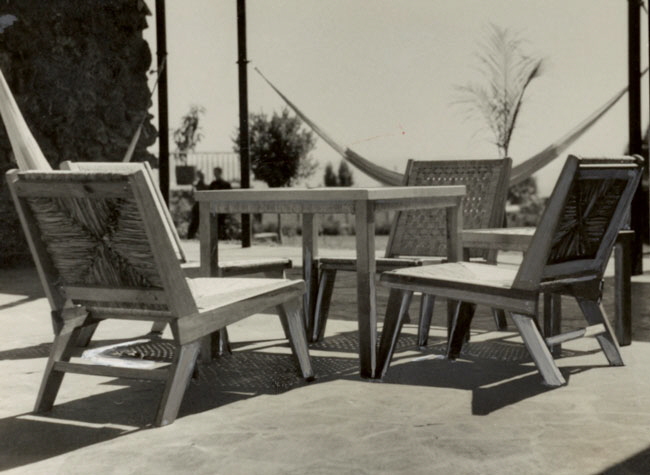 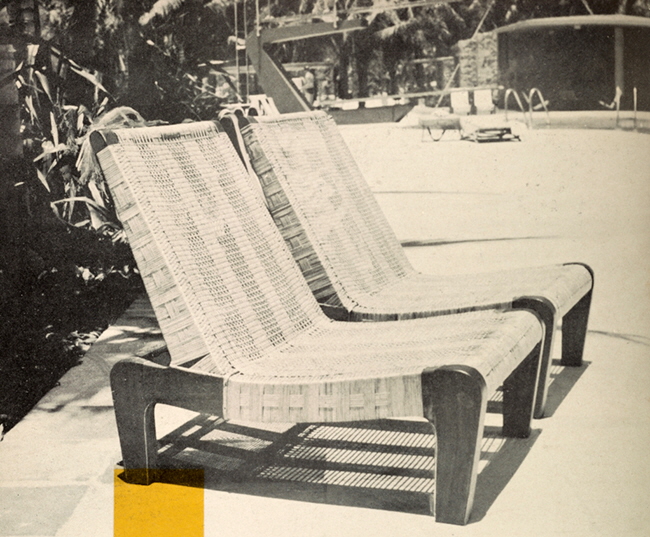 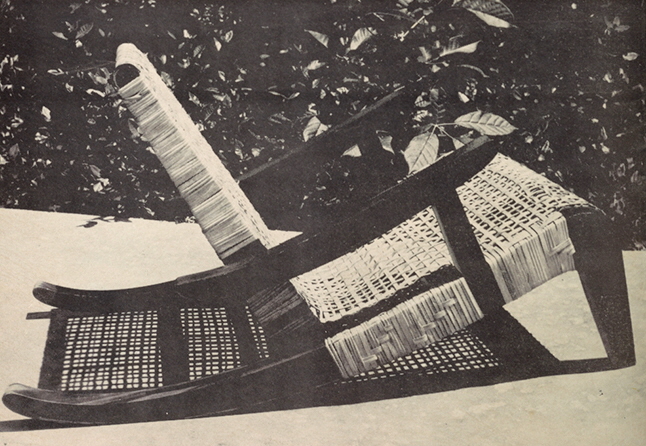 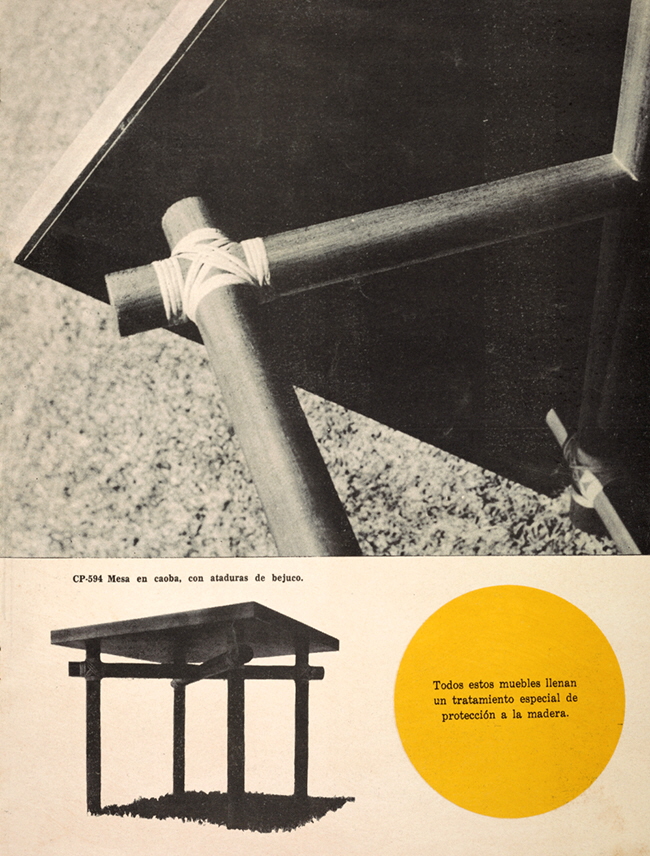