A Studio Job Retrospective in New York, the Playful Universe of Alexander Girard at Vitra Design Museum and How Women Shaped the Early Days of Auto Design

Our Weekly Roundup of Design Events for March 21 - 27 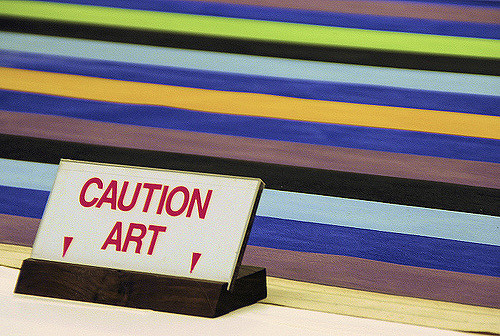 The risk of potential failure can be a fragile concept for students in creative fields, but it can also be one of the most valuable learning experiences. How do we make room for exploration without fear within design school programs? What strategies are creative educators implementing to reframe the notion of failure and encourage risk-taking among their students? These questions will be explored during What if...Why Not...? a one-day symposium on the nature of creative risk taking in art, design and performance education. 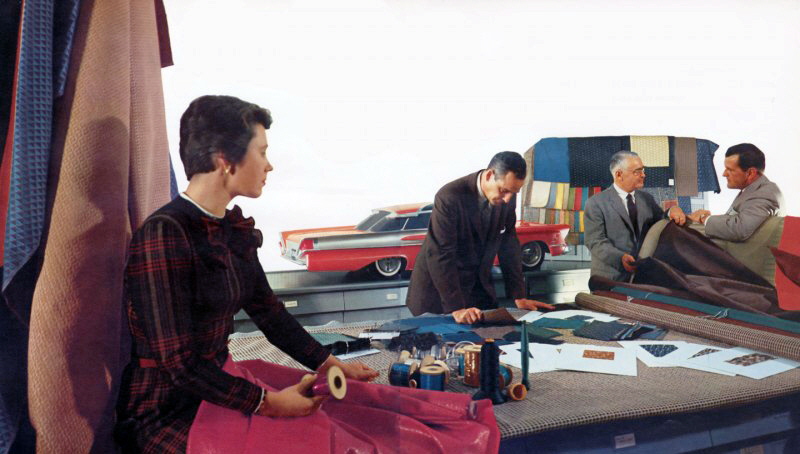 The annual Phil Patton Memorial Lecture series debuts this week, in honor of the late design critic. Patton was fascinated by cars so in this inaugural edition, Women and Cars, professor Russell Flinchum will trace the overlooked role female designer's played in transforming the horseless carriage into the first modern automobiles of the 1920's. 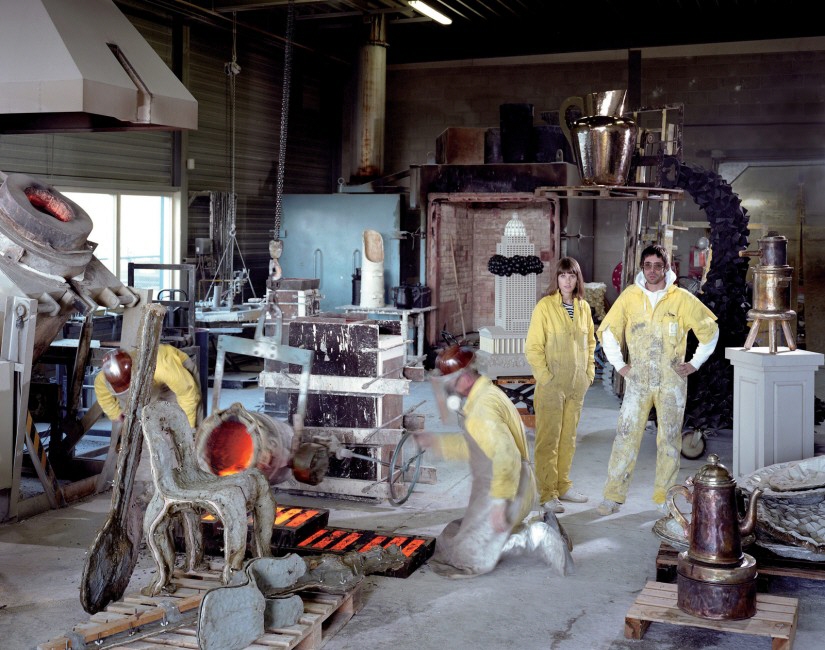 Opening this week at the Museum of Arts and Design is the first American retrospective featuring the work of Studio Job, the collaborative duo composed of Job Smeets and Nynke Tynagel. Occupying a hybrid space between art and design, their work (created mostly in their Belgian studio, pictured above) revives traditional applied-arts techniques such as bronze casting, stained glass, and marquetry through their characteristically humorous and provocative designs, which will be on display in an immersive installation that includes art objects, furniture, sculpture, lighting, interiors, and wall and floor coverings. 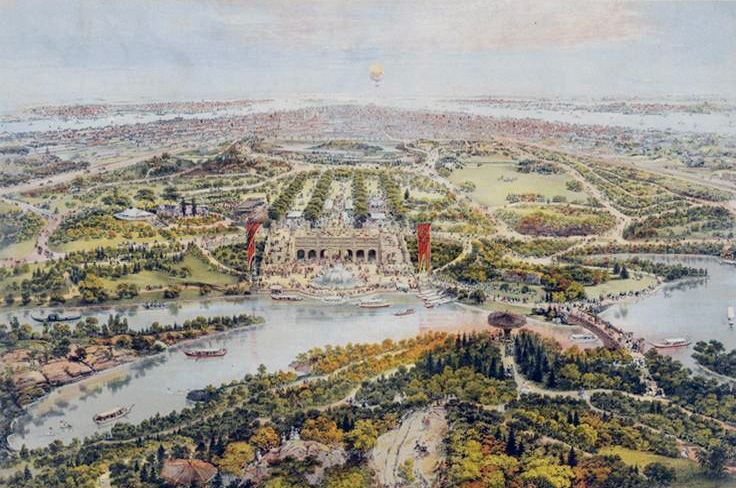 Built in 1857, Central Park has since become an integral part of New York City's DNA, a true oasis in the middle of one of the busiest cities in the world. In this presentation at the Metropolitan Museum of Art, architectural historian Barry Lewis will chart the park's design and realization, revealing how it became Gotham's very own Garden of Eden. 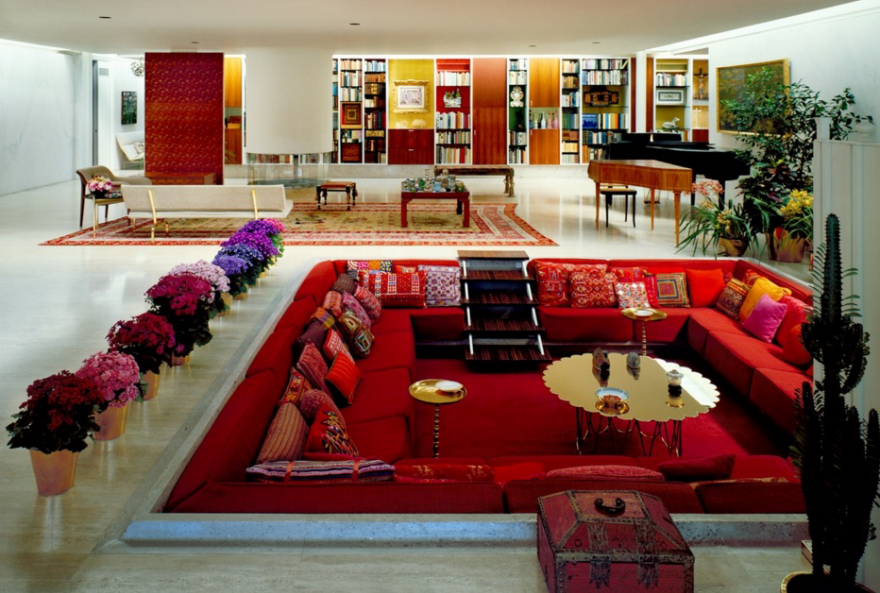 Earlier this month, the first comprehensive retrospective of interior designer and textile artist Alexander Girard, A Designer's Universe, opened at the Vitra Design Museum. Through 700 pieces including rare archival content, the museum has staged a joyful show depicting the full extent of his oeuvre and highlighting some of his most important influences, such as pop art and folk art, in which he found echoes of a playful spirit that he ended up seeking in his own work: "The objects were not designed for deep contemplation but rather as simple expressions of delight, amusement or reverence. They were created by the spirit of the craftsman. Invented and fashioned by an individual for the enjoyment of others." 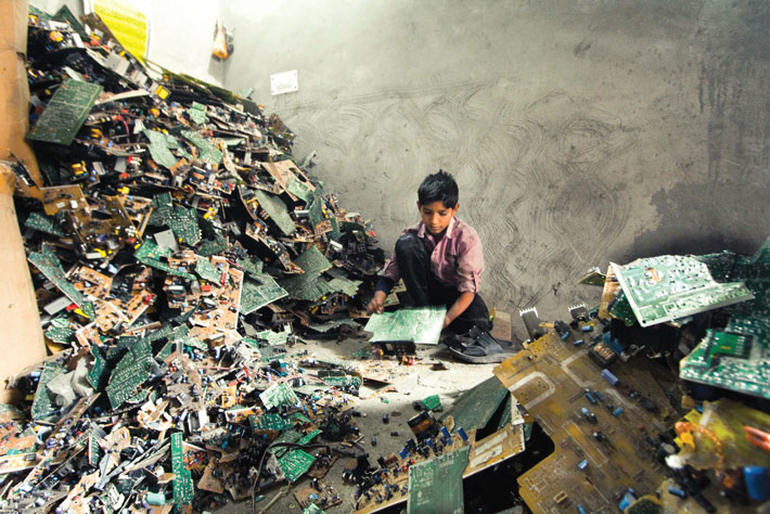 Don't miss the final days of e-waste Tsunami, an exhibition featuring the work of students in the Parsons' School of Constructed Environments, Industrial Design MFA program and STUDIOFYNN. Through photographic documentation and data visualization, the show traces the life of electronic products from the desktops of affluent households to the poorest corners of the world, while trying to find new ways to see the global ecosystems behind the creation, use and disposal of e-waste.

Packaging design can no longer afford to be mainly about aesthetics—how can we create multi-functional packages that work on multiple levels?

A Studio Job Retrospective in New York, the Playful Universe of Alexander Girard at Vitra Design Museum and How Women Shaped the Early Days of Auto Design