The New Science of Cute 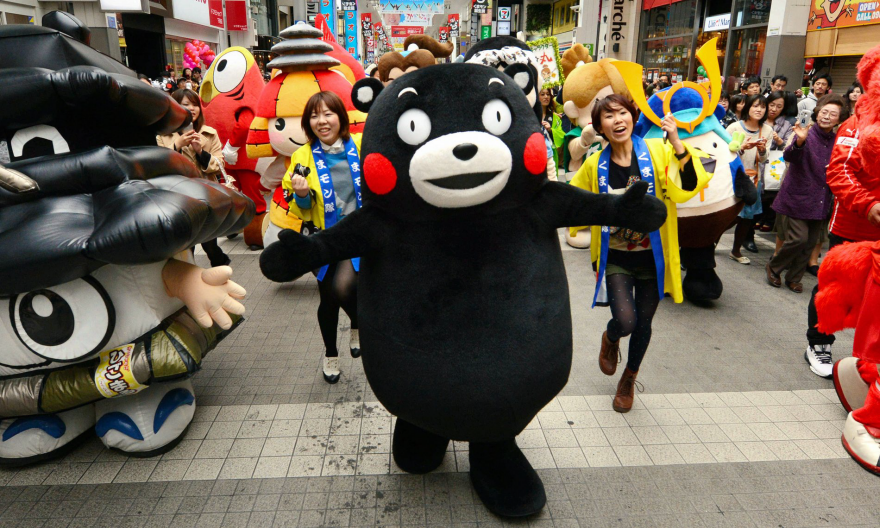 Kumamon is not a cartoon character or a brand icon, but he sure is giving Hello Kitty a run for her money.

"One woman in the crowd held a Kumamon doll swaddled in a baby blanket. Another had dressed her doll in a grey outfit matching her own. It had taken her a month to make. A number of fans had pasted red paper circles on their cheeks to mimic his. Those in the first row had arrived at 3am to snag prime spots to greet the object of their affection."

I wholeheartedly believe in finding inspiration via other mediums—one such example is food. In a recent article for Wired, star chef David Chang breaks down his thought process behind brainstorming recipes and finding incredible flavor pairings. Throughout this essay, I see connections between cooking and design thinking. Points like this make it clear: "[One of my chefs] told me he wanted to make a version of a Bolognese, the Italian meat sauce. I told him that was fine, but he had to use only Korean ingredients. I often set these kinds of limitations, because I'm a big believer that creativity comes from working within constraints."

Replace Bolognese sauce with something like a discussion on user profiles and you've got yourself a design rule that sets you up to create something truly amazing.

It's Aot All Fun and Poké Balls

"I can't wait to see the potential with Pokémon Go where going to a pharmacy will heal your Pokémon, or going to a fast-food chain will get you berries to feed them"

For better or for worse, location based-marketing is the way of the future. Using the recent Pokémon Go craze as an example, this article describes what's next for the popular game and how large companies and small businesses alike are using the game's GPS feature to their advantage. 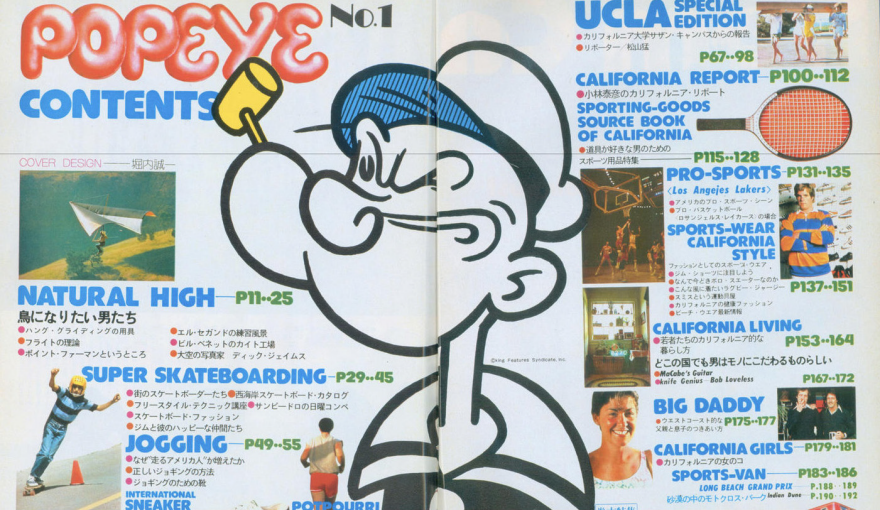 Thanks to a reprint of the first issue of Japanese magazine Popeye, it's now possible to view Los Angeles through the looking glass of 1976 Japan. This article perfectly captures how exposure to the groovy Southern California lifestyle was an eye opening experience for many Japanese readers: "The hang gliding, the skateboarding, the variety of sneakers. It was all totally new...It was magical; it was like heaven." 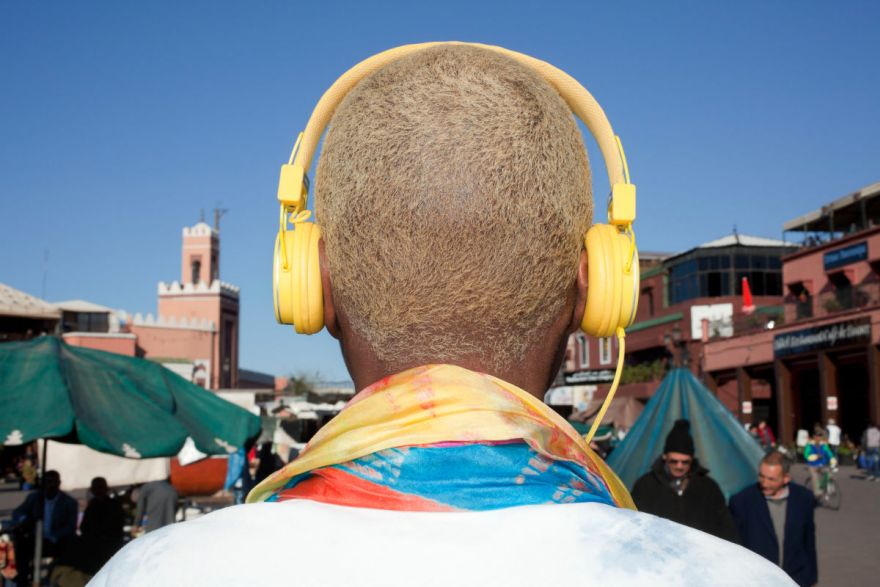 An interesting read about the omnipresence of headphones, the author contemplates their changing functional and social history. Once intended to allow users to listen to music on-the-go, headphones now block all other sounds and have microphone features. Yet despite their audio capabilities, headphones are now, more than ever, used for exercising autonomy and avoiding interaction. So are they, "...just another emblem of catastrophic social decline, a tool that edges us even deeper into narcissism, solipsism, vast unsociability?" Maybe, if so doesn't a portable speaker also signify the deeper, narcissistic social decline? In a world where personal space and property is increasingly difficult to define, is there a way to listen to music that is more social than personal headphones, yet less invasive than publicly using a bluetooth speaker?

Past and Future Trumps 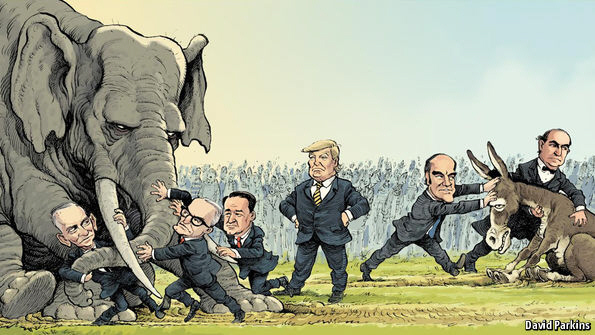 Today I'm reading a fascinating article in The Economist that draws from history to show that "Insurgent candidates who win the nomination tend to transform their party, even if they never become president." It's a meaty read and points out how Donald Trump, whether he wins or loses and even if he disappears tomorrow, has irrevocably transformed his party and America—with effects that will last for decades.