The art of go-kart racing dates back to the late 1930's, when various small, open-wheeled race cars were first developed and used in organized races around oval tracks. The sport caught on, peaking in the 1950's, but eventually faded out over the following decade.

It's an art that Douglas Varey, amongst others, is keeping alive. Varey, a design director by trade, spends his spare time building go-karts inspired by history, using re-purposed materials, frugal ingenuity, electric motors and anything else he can get his hands on. 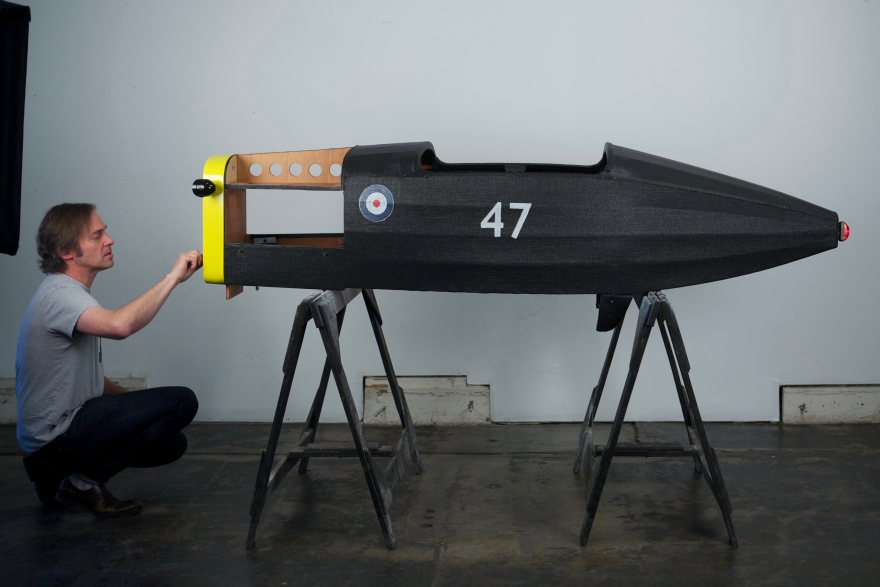 Varey wasn't always a go-kart specialist, however. His lighting company, Resolute, produces decorative lighting for architectural specification—a cyclical business tied to construction. "With the economic collapse [in 2008], I suddenly had less to do," Varey says. "I was sniffing around for a project that I might be able to get my daughter involved with. She was 11 at the time."

Varey set his sights on go-karts, a hobby the Seattle-based designer picked up after crawling the web for a hands-on, complex, yet feasible endeavor he could take on at home using his existing tools and skillset.

"The first car was a tremendous learning experience," Varey says. "Following cars have been far less challenging. Adding to the challenge on the first car was that it was mostly built at home, in my basement, with typical home shop tools. My work did not have the fabrication shop it has now, where I do a lot of the building these days."

With each of his cars, Varey begins by looking for new challenges or skills to master. "The cars I have made have always been very different from their predecessors," he says. "Sometimes I'm chasing performance at the limited level appropriate for the genre, sometimes elegance, sometimes strong character. Sometimes it's about trying new technologies—making the shift to electric." 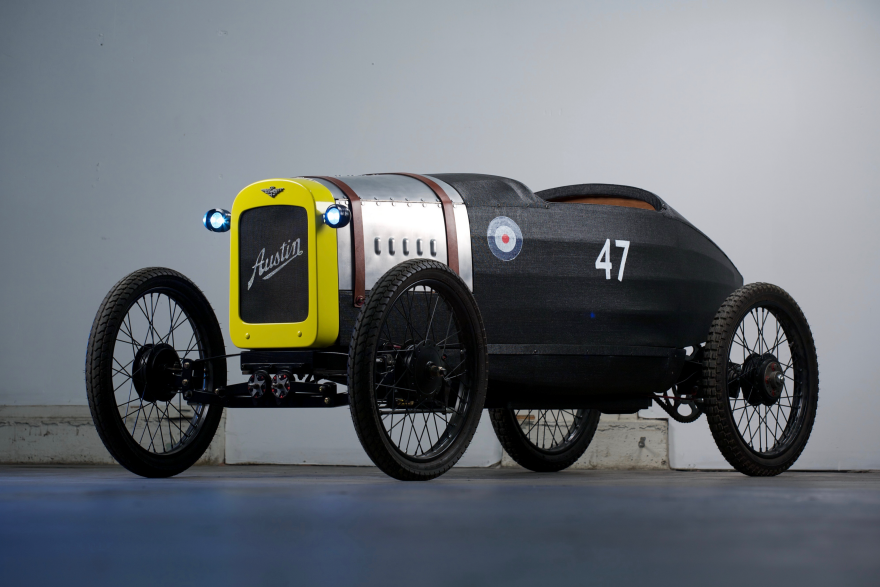 His latest car is no exception. Appropriately named "Austin Boulogne," the kart is modeled after its namesake, a fleet of cars that English motor company Austin sent from England to France to compete in the 1923 Boulogne Grand Prix.

"A friend and fellow builder challenged me to an Austin Seven build-off in the fall of 2014," Varey says, as to why he chose to recreate the car. "We have a racing event each June and the goal was to have a show-down at that event the following year." Varey's challengers built the German and French licensed counterparts to the Austin vehicle, a BMW and Rosengart, respectively.

As with each of these competitions, Varey typically begins by selecting the car or model for inspiration. "The idea is to then create a believable caricature that captures the original's spirit," he says. "I start by sketching." 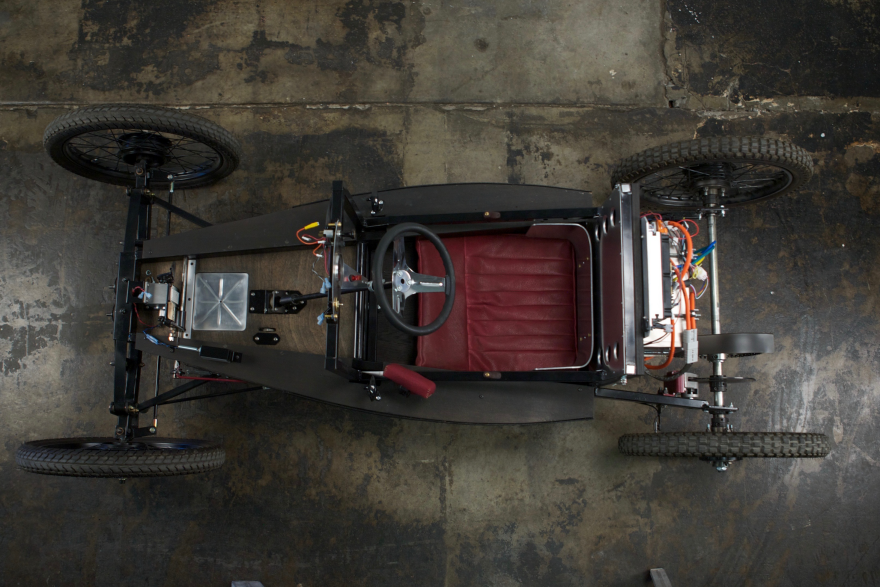 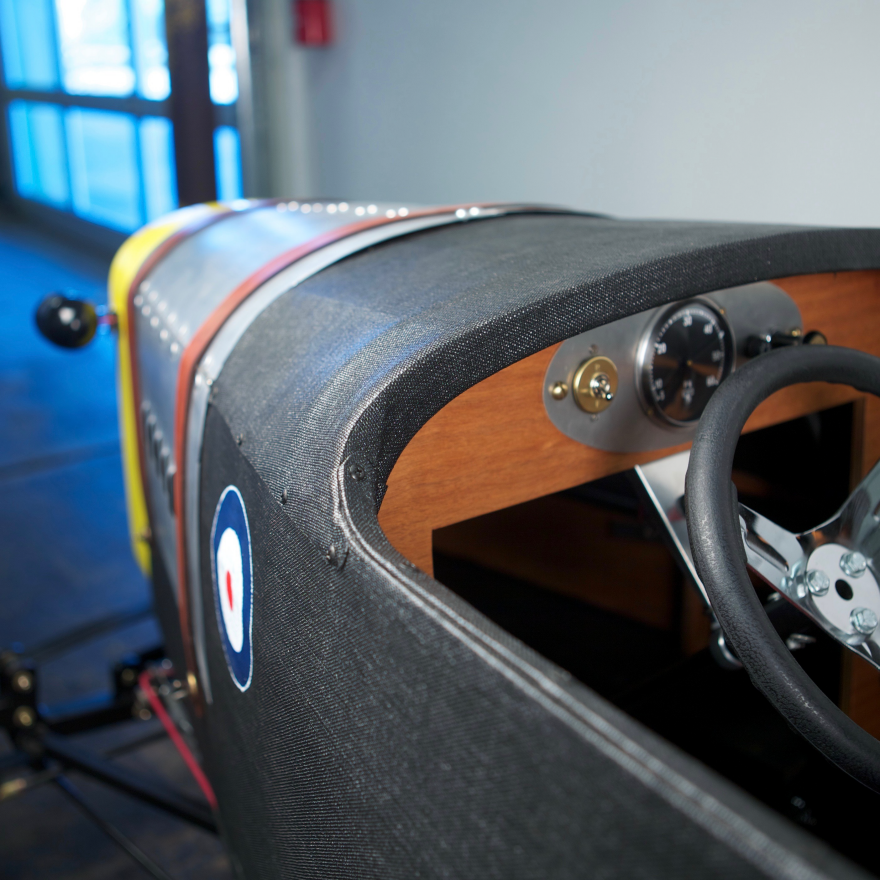 From there, Varey translates his sketches to Illustrator, where he draws out front suspension, drive and frame schemes. Parts for the frame (a 2" x 2" box at front, 1" x 2" rails, both 1/8" wall, 1 1/4" round cross tube steel) are cut and tack welded together. ("This is the heaviest thing I have ever made," Varey notes.) Generic axle hangers are morticed into the rails of the frame and the steering box is added. Next, parts for the bulkhead frame are cut, tacked and tested to fit. Varey builds the car out from there, thoroughly documenting his process—all the way down to slip-rolling the bonnet and hand-painting the exterior. (So, we'll let him do justice to that here.) 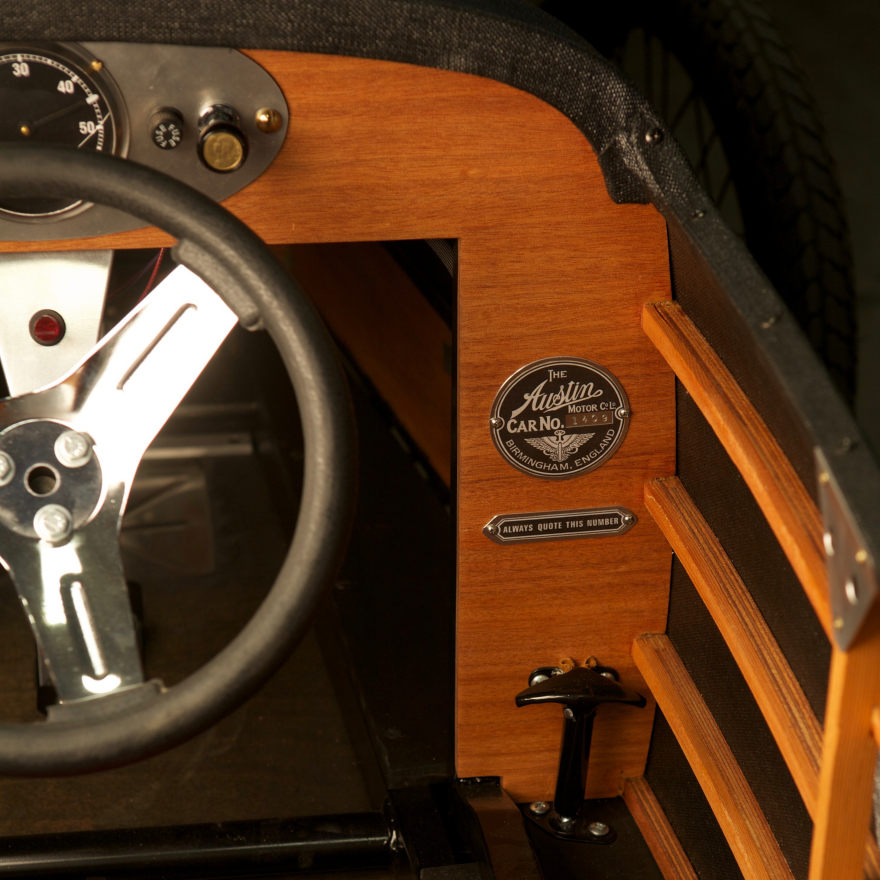 On top of that steel frame is a bodywork of light marine Okume plywood—inspired by early aircrafts—wrapped in Xorel, a sustainable, high-performance textile made by Carnegie. Created as an alternative to vinyl, the material is PVC-free and part of a company-wide commitment to sustainability. "Xorel is the proprietary product of innovative textile manufacturer Carnegie," Varey says. "We use Xorel extensively in my company's products. It is a wonderful material I know well. I thought it would be fun to try it on something completely different."

These materials keep the car running light while still maintaining a high level of durability. The cowl for the radiator is fiberglass, one of the bigger challenges for this project. "I had never made a fiberglass mold before," Varey says. "I always try to incorporate something new like that. An opportunity to learn! Sewing the leather cushion was also a new adventure." 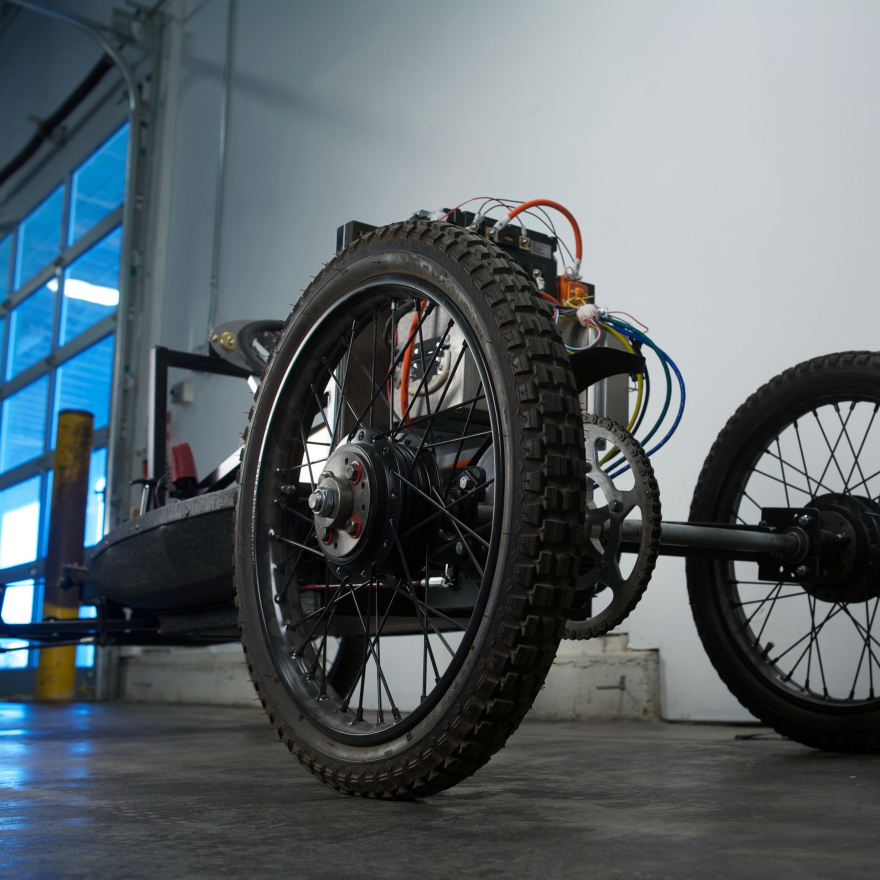 The wheels for the go-kart are clones of Honda Passport (scooter) wheels. Under the hood—ahem, or in the back of the vehicle—the car is powered by a 5KW BLDC motor with a sine-wave controller, similar to those used on electric bikes, as well as a 48V LiFePO4 battery pack with integrated battery management. There is also a Grin "cycle analyst" which monitors the system and provides energy consumption information, speed and so forth. 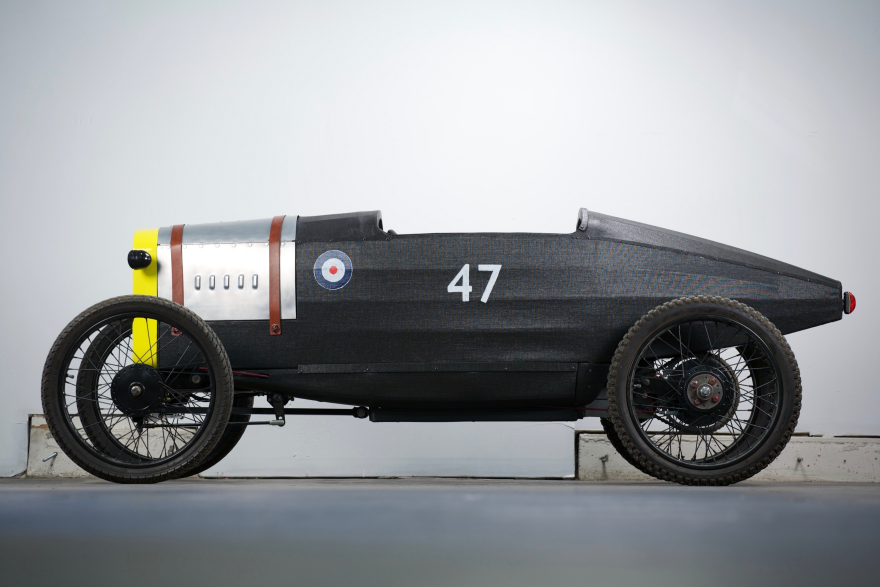 Next up on Varey's list is a Miller 91 Electric, which he plans to build with his team at work—a slight deviation from the traditional spirit of cyclekarts, which tend to be do-it-yourself projects by a solo builder. "This car utilizes both more serious tools and the various strengths of the build team," Varey says.