The 'Flying Bum' had a pretty crappy landing

The last few weeks have been exciting for anyone interested in alternative aircraft, as the long awaited Airlander reemerged in the public eye. Dubbed the "Flying Bum" after its enormous hotdog bun body, the Airlander is widely credited as the biggest vehicle of any kind in the world. And it has now officially had the biggest crash in history.

Poor thing. It's a bit like watching a sick whale.

The ship—now owned by Hybrid Air Vehicles and dubbed the Airlander 10—took what the company is calling "a hard landing" after its second test flight. No one was injured, and the craft's main frame remains usable, but did sustain damage to the front hull and cabin. 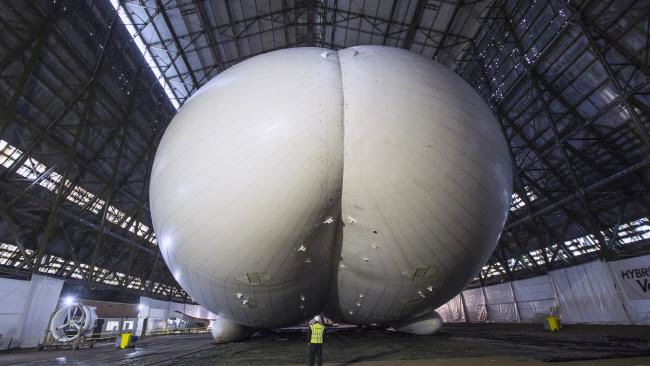 Fans around the world are hoping the crash (though entertaining in a slow motion horror way) won't dent the company's plans. As announced back in 2014, the 300 foot ship is hoped to jumpstart an era of unimaginably fuel efficient travel and transport. Its innovative and behemoth design pairs lighter than air gas with a lift-generating body, and can hover, self propel and land in virtually all conditions. It was originally meant for surveillance use by the US government, and now with enough early successes, could totally change long-distance transportation. 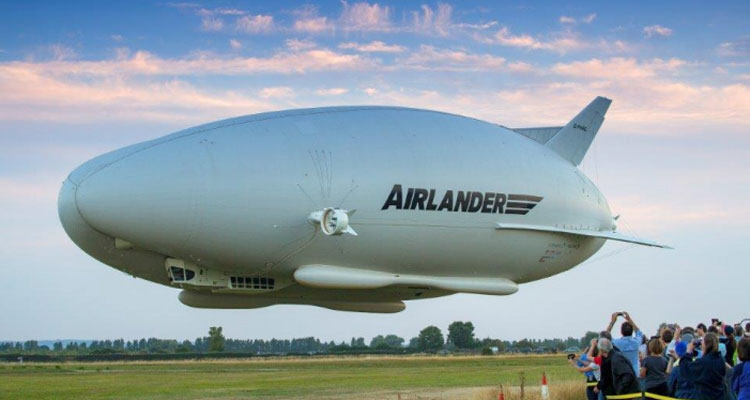 It's an ambitious project, and has needed several years of further development to get to this point, so any setback would feel serious. Until further announcements, nerds like yours truly (and maybe even superfan Bruce "I was totally in Iron Maiden and want to fly an Airlander around the planet" Dickinson) will have to wait with baited breath for the Bum's next moves.