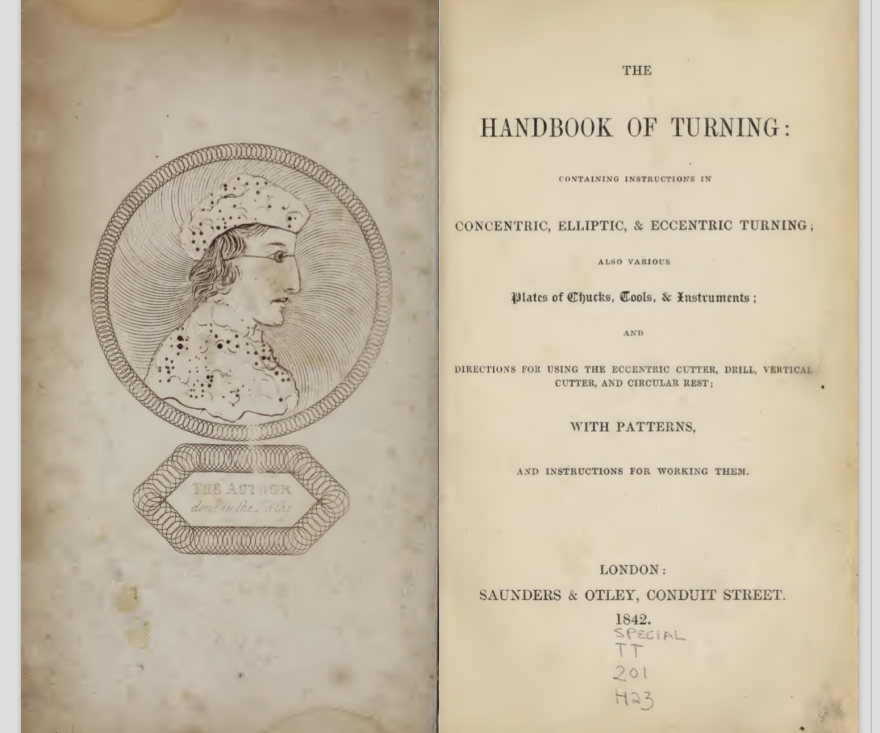 I was reading a Chris Schwarz blog entry on his favorite woodworking writer, Mag Ruffman. It reminded me that I have been planning to write an entry about the first woman woodworking writer that I know of. The Handbook of Turning was first published anonymously in 1842, but it is generally considered the work of one Miss Gascoigne of Parlington Park, near Leeds. A very rich woman from a powerful family, when she married, her husband took her last name.

Ornamental turning was apparently her hobby. The book contains all the basics of ornamental turning, was a popular resource, and was both reprinted and pirated for many years. (You can download it for free here, courtesy of the Getty Research Institute.) 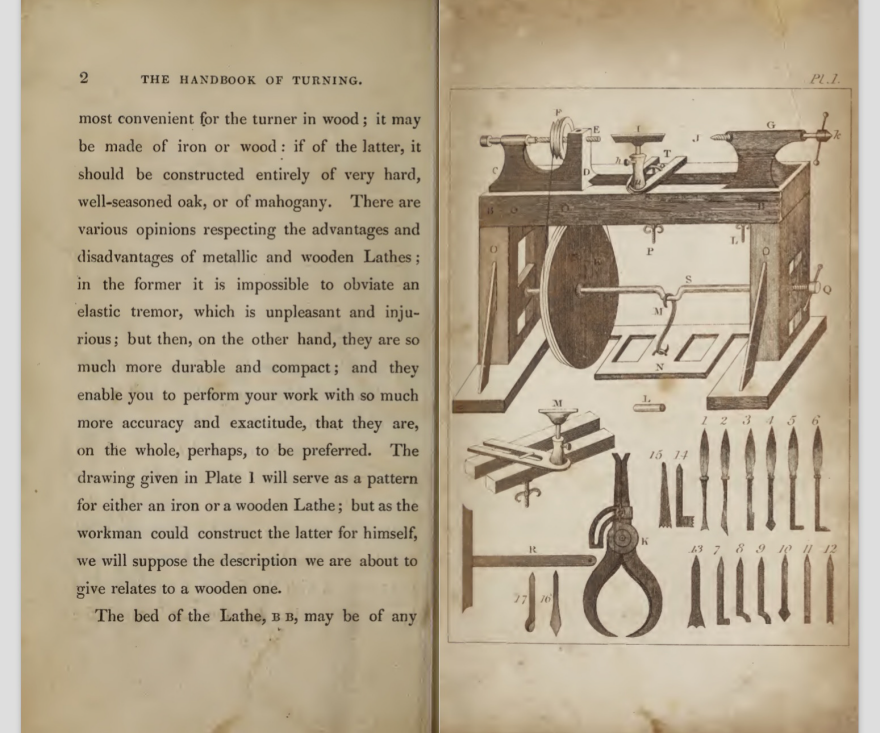 You might be wondering how a woman in 19th-Century England not only found herself in front of a lathe, but learned enough about turning to write a book on it. So here's the short answer: Because she was rich.

Here's the long answer: In the 1840s, furniture making was emerging as a hobby for the upper class. (The middle class didn't yet have enough free time to become do-it-yourselfers.) Ornamental turning was one of the few craft hobbies of royalty and the gentry of the 19th century and earlier. Companies like Holtzapffel & Co. made incredible foot-powered lathes for the purpose. It would have been uncommon, but not unheard of, for a woman of means to turn. The real impediment would have been the considerable cost of the lathe, which is why ornamental turning was the hobby of very rich people. 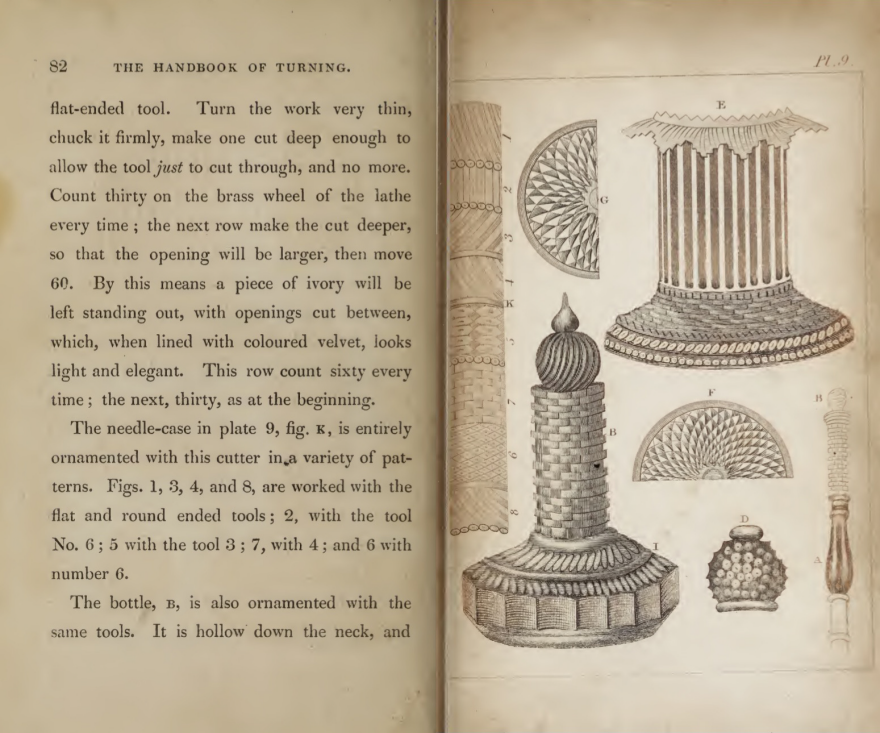 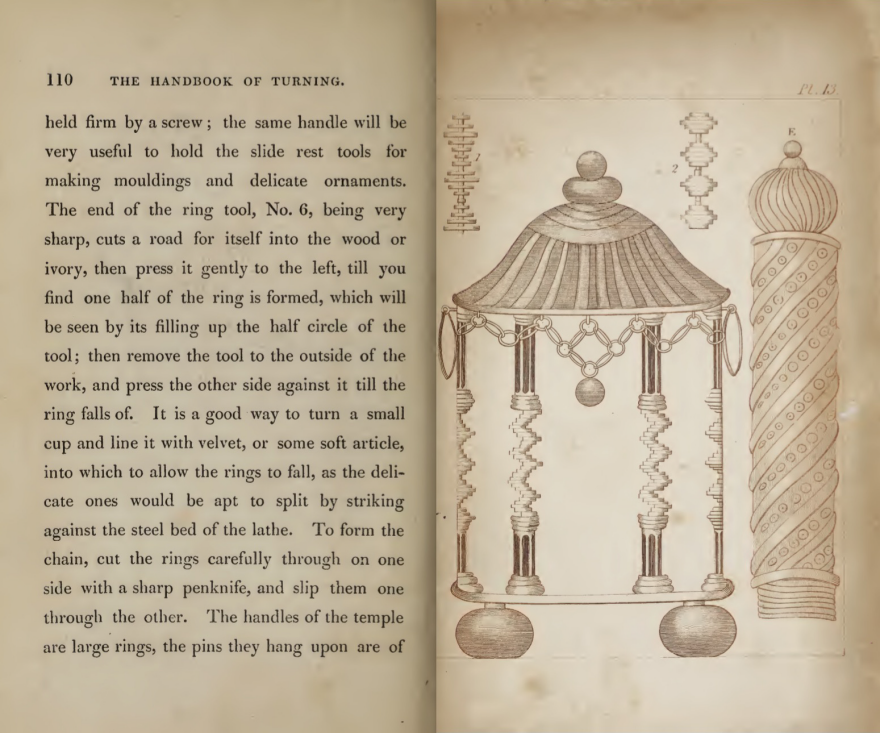 Which is not to say that the only women involved with furniture building or woodworking were upper class. It's true that down at the trades level, almost any woman who owned, say, a cabinet-making shop would have inherited the business from their husbands or fathers--and would mostly have been relegated to the administrative side of the business. However, at the time there was at least one woman sawyer in London (source: Henry Mayhew), and for all the modern talk about women staying home and raising children in Victorian times, women worked in all the craft industries, usually in jobs that required dexterity but not huge amounts of strength.

Women were typically paid less than men, which was a big incentive for factory owners to hire women, and a reason why the jobs were so segregated. The subject of women in the woodworking trades really requires a detailed study, which I haven't done. But certainly when you research 19th-century industry, it's actually a lot closer to today where most women are in the workplace, as opposed to say, 50 years ago when they weren't.

By the way,  according to the caption that accompanied the picture of the author (up at the top of this entry) was made on the lathe, which is kind of cool.

Below are some more images from within the book.