Here's how you can celebrate, along with a look at the device's different uses over time

Steadicam, the original camera stabilization device, is known for its prominent role in capturing iconic film moments, including the hallway in The Shining, the stair climb in Rocky, and the speeder bike chase in Return of the Jedi. The Steadicam was introduced in 1975 by inventor (and our favorite cinematographer), Garrett Brown, in order to solve a serious problem all filmmakers regularly face—filming consistent, steady scenes. This year, Steadicam is celebrating its 40th birthday, and there's no better way to celebrate than taking a look at its exciting history!

Before Steadicam, camera stabilization options were limited—think rolling cart or simply holding the camera in your hands, which both still allow some shakiness. Steadicam combines the two uneasy methods to create a mobile, stabilized system worn by the camera operator.

Below is a basic diagram of Steadicam parts. The parts shown have remained key in all Steadicam models throughout the years:

While the parts seem basic, they combine to create a complex stabilizing system that works to eliminate jolts that naturally happen while holding a camera.

Over the past 40 years, the Steadicam has gone through quite the evolution. It all began with Garrett Brown testing the first Steadicam model, filming his wife while she ran up the Philadelphia Museum of Art's stairs in the mid 70's. After watching this footage, Rocky director John G. Avildsen decided to incorporate this exact run into his film, thus inspiring inspiring one of the most iconic moments in film history—the Rocky stair climb:

As you can see in this footage, the first iteration of the Steadicam was on the clunkier side, partially due to the shape of cameras at the time. Also note that Brown is only wearing half of a harness, not a full harness like you'll notice in later years/models. There's also some sort of headpiece involved that humorously resembles a jock strap. (Readers, if you know what the headpiece is for, please chime in). 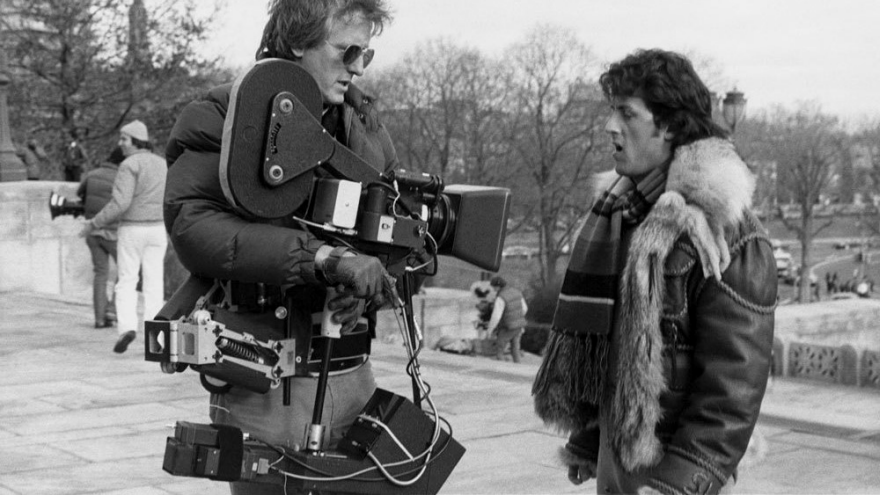 Brown on the set of Rocky. Look at those jackets!

A few months after filming his wife, Brown got the chance to film Rocky using his Steadicam. Note that the part where Rocky passes the huge ship is the first Steadicam scene shot from a moving vehicle. Also note that the headpiece is no more during this shoot. 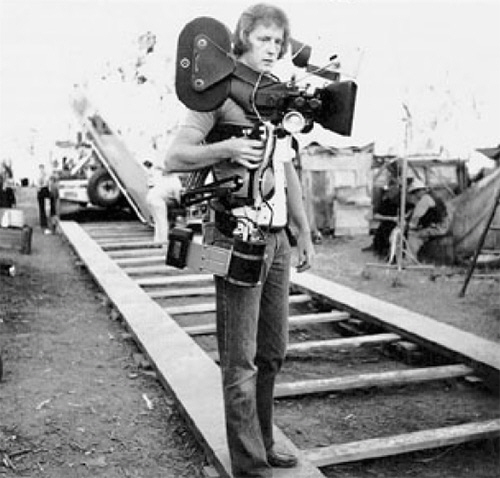 Brown on the set of Bound for Glory

While filming Bound For Glory, Brown was tasked with filming on a moving elevated platform. Once the platform reached the ground, he was required to keep filming. This footage further proved Steadicam's versatility and stabilizing capability. 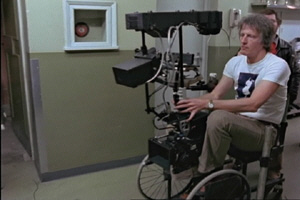 Brown on the set of The Shining

During the filming of The Shining in the late 70's, Steadicam evolved into this funky wheelchair in order to film the infamous low-to-the-ground hallway scene. The creation of a low mode bracket for The Shining is probably the most notable added feature to the Steadicam since it was created. This feature widened the range of angles Steadicam could capture, making it an invaluable tool. 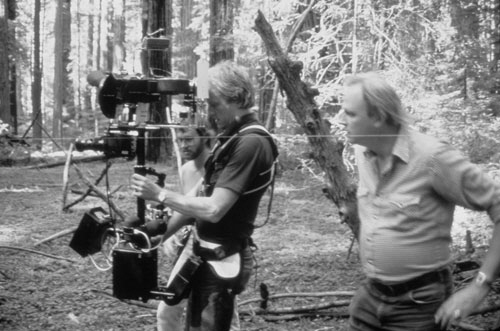 Brown on the set of Return of the Jedi. Look closely for the string.

During the filming of The Return of the Jedi in the early 80's, a rather low-tech method was used to further stabilize Steadicam's efforts. A string was used to help make sure Steadicam stayed completely level while filming, which was necessary to achieve the smooth speeder bike chase footage. This scene in particular proved that Steadicam could help create the illusion of speed. 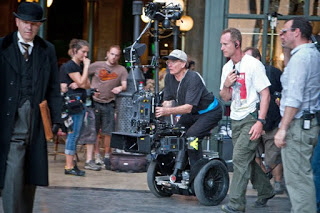 In 1989, the Stedicam transformed into an uber-cool segway to film the Copacabana scene in Goodfellas.  In this extensive interview, Goodfellas camera operator, Larry McConkey, discusses the importance of the Steadicam in filming this particular scene. 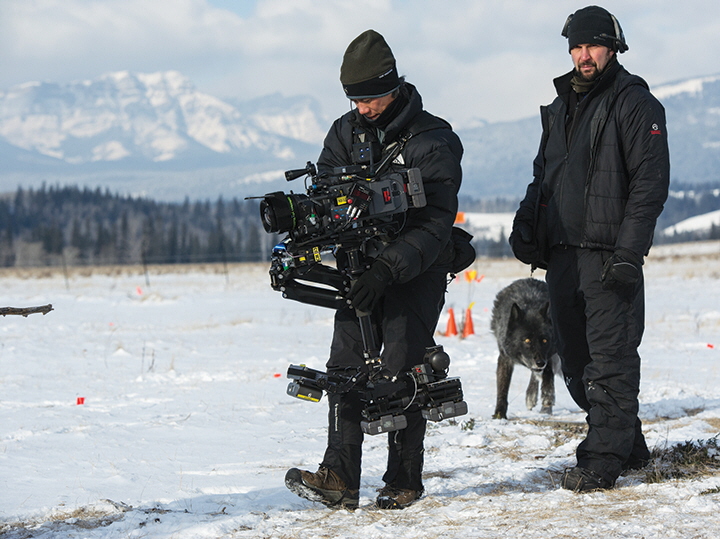 The Steadicam heads to the wilderness to help shoot The Revenant.

And finally, a current version of Steadicam was spotted in the wild during the filming of The Revenant in 2014. The Steadicam is so popular, even ravenous wolves want to learn more about its stabilizing capabilities.

Since Steadicam solves a core issue, its function and general design really hasn't changed much over time. Since the beginning, the mechanism has had "the ability to tilt, pan, and evenly distributed weight to whom it was harnessed on." The main difference between Steadicams throughout the years has been their various adaptations during different shoots. Garrett Brown not only created a mechanism that changed the way cameras are used, he also created one that can easily adapt to different environments, from descending from the sky to reaching a few inches above ground.

Happy Birthday Steadicam! To celebrate Steadicam's big 40, the Film Society of Lincoln Center is hosting "Going Stedi,"a film series celebrating the Steadicam and the groundbreaking films it has contributed to. The series begins December 16 and runs through January 3.