Praying for a blizzard in 2017

This week, adidas is released their 3D Runners to the market, meaning they're right in the thick of 3D printed footwear madness, along with Reebok, Nike and Under Armour. What sets adidas' take on the manufacturing trend apart from the rest is the contrast between their soft knit upper and their rigid, web-like sole. 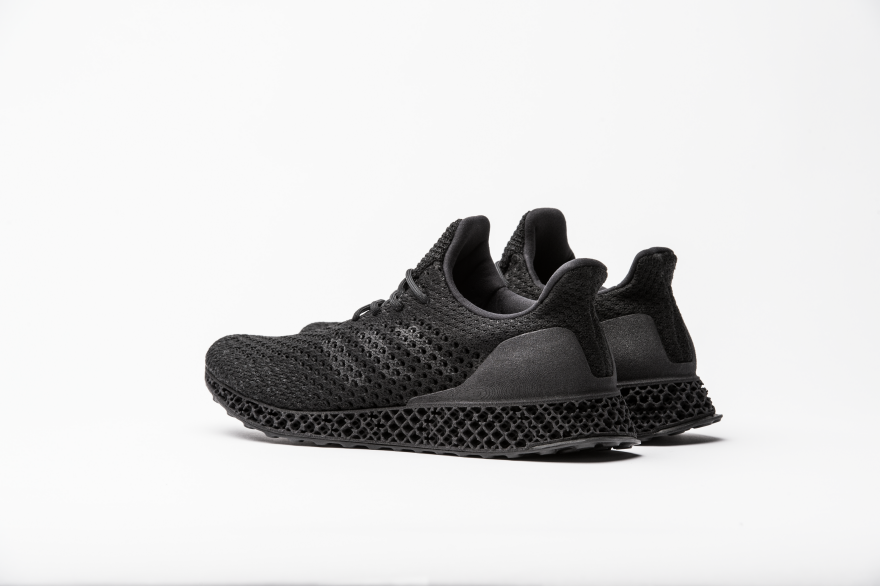 In traditional adidas runner style, the knit on this pair is very cozy and is complete with cushy ankle padding. When zoomed in, you can see how the 3D printed heel counter resembles a thumb print/wood grain combination and integrates with the shoe's midsole. This feature avoids the typical process of gluing or stitching—a plus for manufacturers. 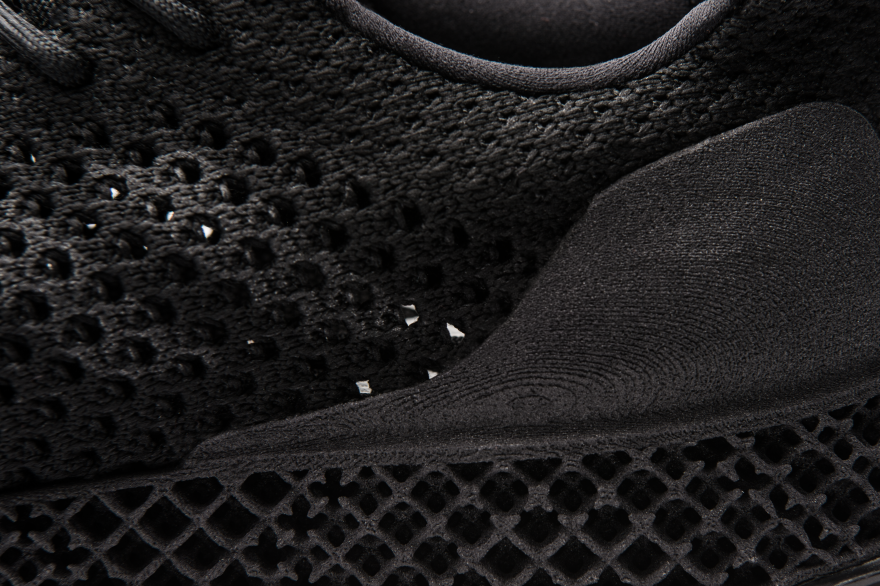 The sole's web structure is based on density zones—dense zones in high force areas and less dense zones in lower force areas. At first, it was hard to tell which zones were more or less dense, but when you flip the shoes upside-down, it becomes more clear: 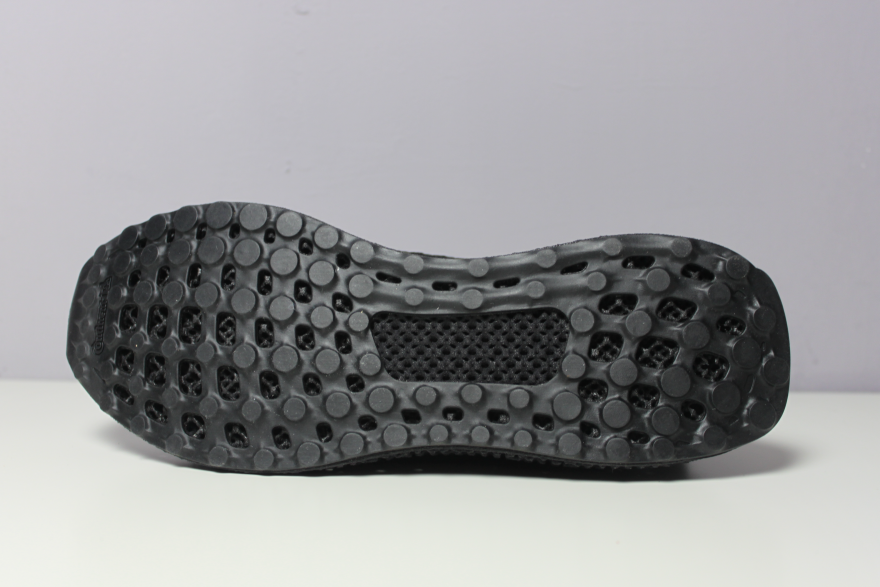 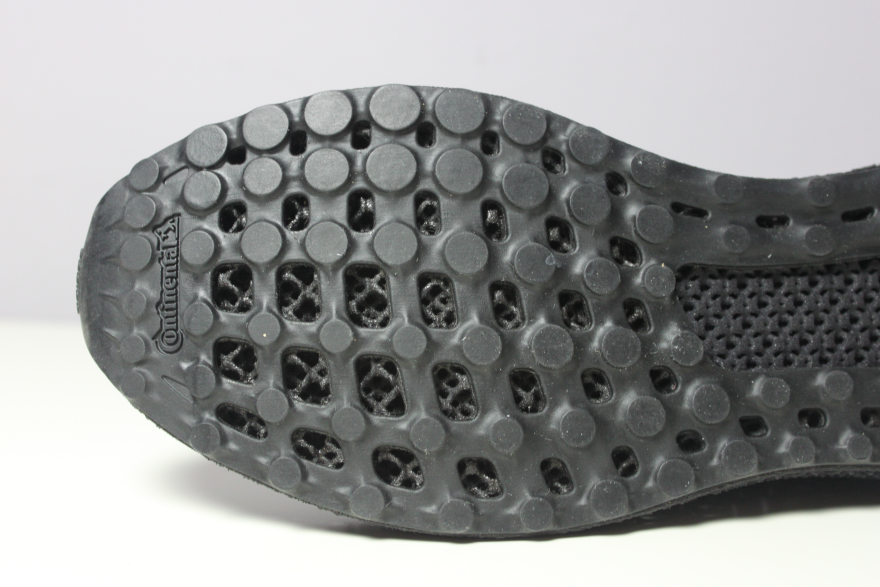 You can see that the densest part of the web is in the center of the shoe, followed by the heel area and then the toe area. The grip on the 3D Runners is also interesting—the shoe is very flat with some raised rubber circles in varying sizes.

The stiff 3D printed material raises some concerns with movement allotment, but the idea of using a 3D printer to customize a web-like sole's density in certain areas is exciting. I could see this working well for professional athletes—having custom 3D printed shoes for each player that vary in sole density based on the individual athlete's needs.

Mikal Peveto, Senior Director of adidas' Future team, seems to be on the same page:

This is just the beginning. Creating customized shoes based on an individual's footprint—including their running style, foot shape, performance needs and personal preferences—is a north star for the industry.

Crescent Moon is also experimenting with new materials this month—they've recently announced their foam snowshoe, which will be hitting the market next year to keep us agile in the snow. 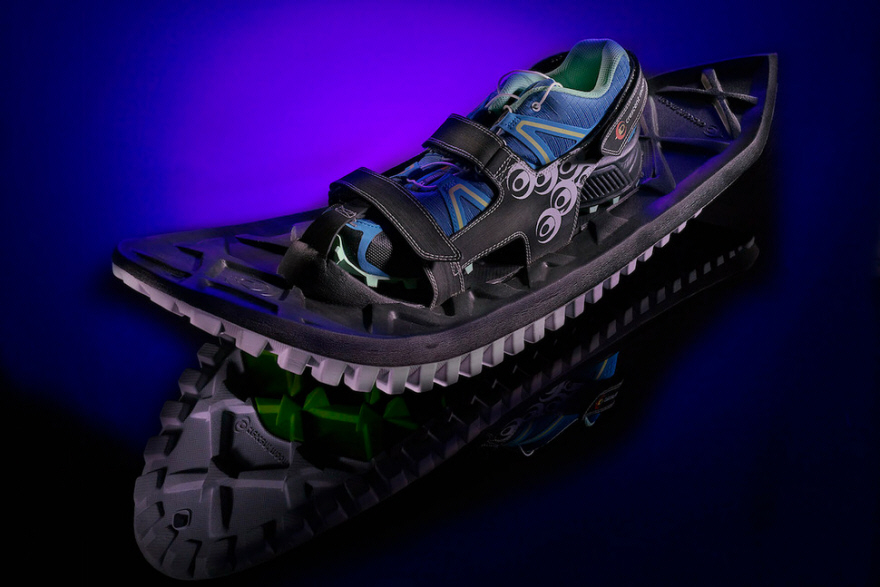 The funky snowshoes that highly resemble sneakers are a bigger deal than you'd think. Most varieties are made with an aluminum frame, but—big shocker alert—manufacturers are realizing that composite-bodied and plastic designs work best to keep pep in winter enthusiasts' steps. 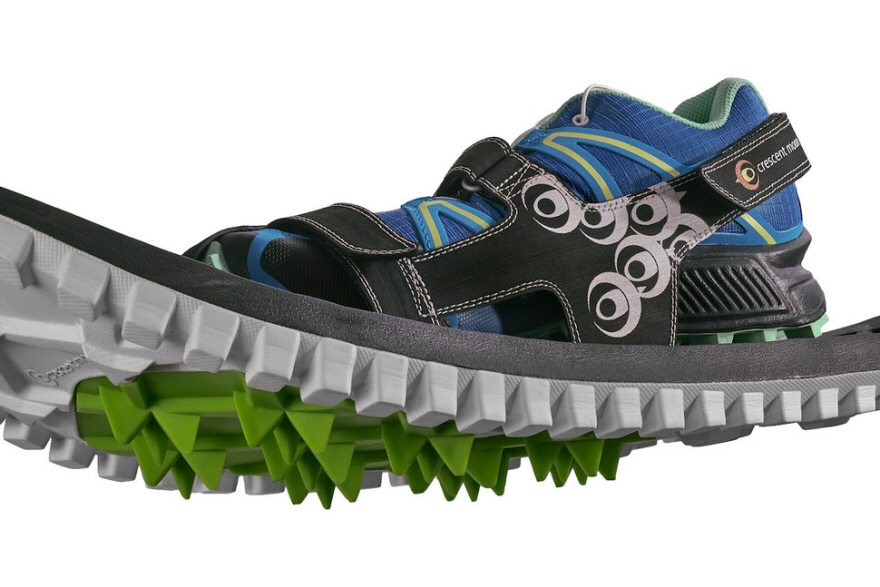 The first snowshoes can be traced back around 4,000 years, but it took us this long to come to the conclusion a new material—specifically running shoe go-to EVA foam—and a new structure inspired by a snow tire's traction would probably work way better. It's okay though, at least we got to this point eventually.

Crescent Moon's President and Co-Founder, Jake Thamm, accurately describes their creation as a lovechild between adidas running shoes and Blizzack snow tires. If you're wondering what they look like in action, here's a video of someone gracefully running down a snowy hill while wearing them:

The snowshoes will be available to purchase in Fall 2017 at a retail price of $149—significantly lower than Crescent Moon's aluminum models. Get ready.