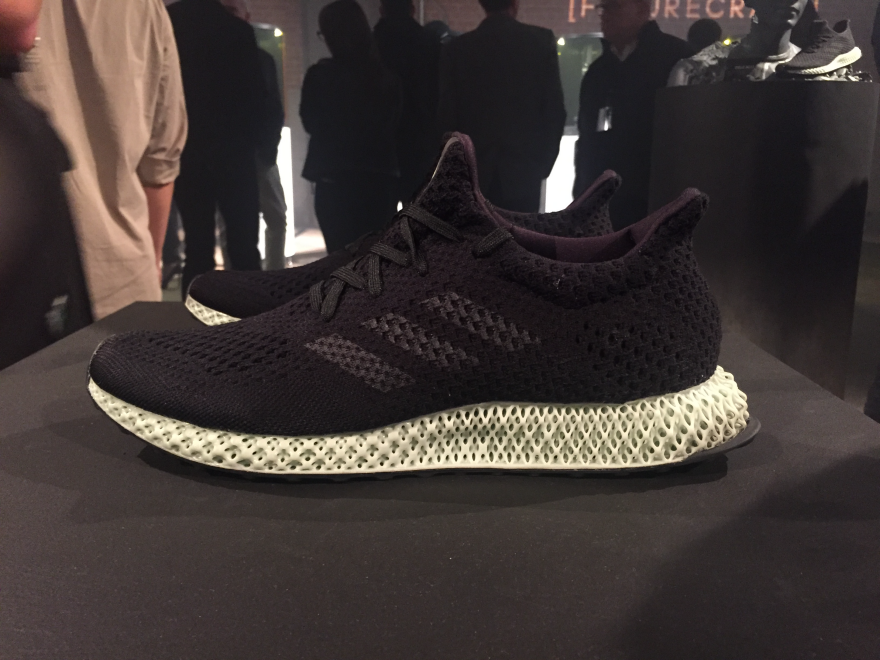 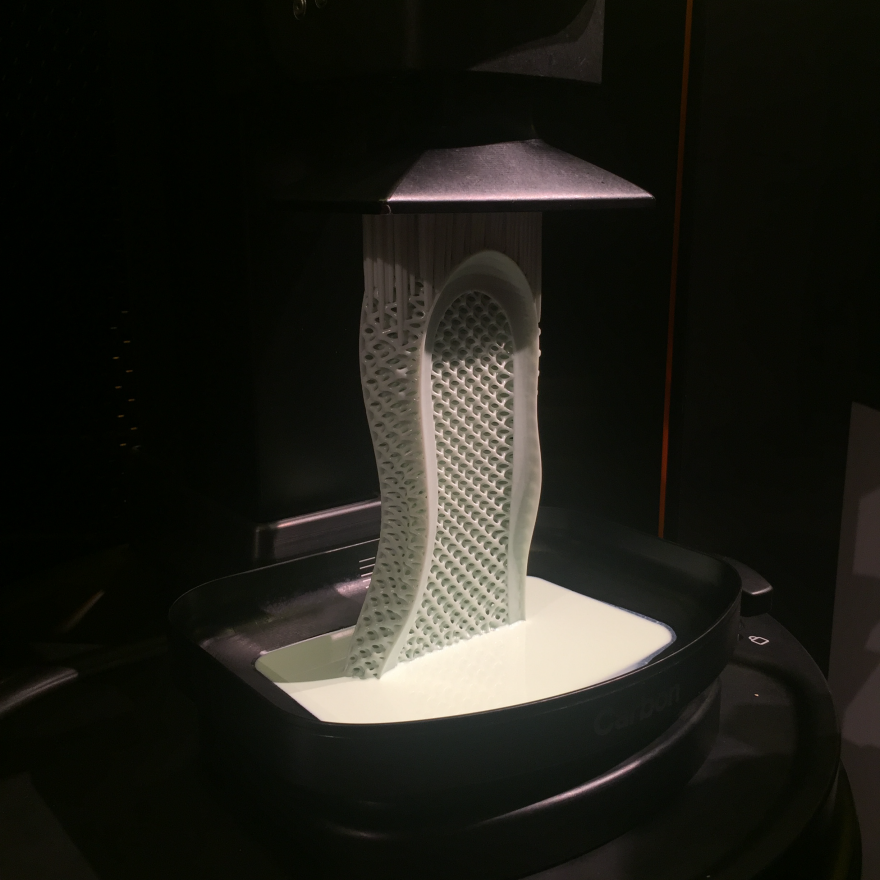 A model of what Digital Light Synthesis actually looks like in action (not a working machine, see actual close-up below)

Digital Light synthesis eliminates the need for traditional prototyping or moulding, making it easier to test many different versions of a shoe before going forward with a final design. To put things in perspective, adidas and Carbon have been talking about this project for about one year, but they didn't actually start designing the sneaker until around August. Over the past few months, the duo was able to run through around 150 different working prototypes for the Futurecraft 4D. From a design process standpoint, that's insane. In short, Digital Light Synthesis is a much faster process than regular 3D printing.

"For eons the manufacturing process has followed the same four steps that make up the product development cycle – design, prototype, tool, produce. Carbon has changed that; we’ve broken the cycle and are making it possible to go directly from design to production." —Dr. Joseph DeSimone, Carbon Co-Founder and CEO 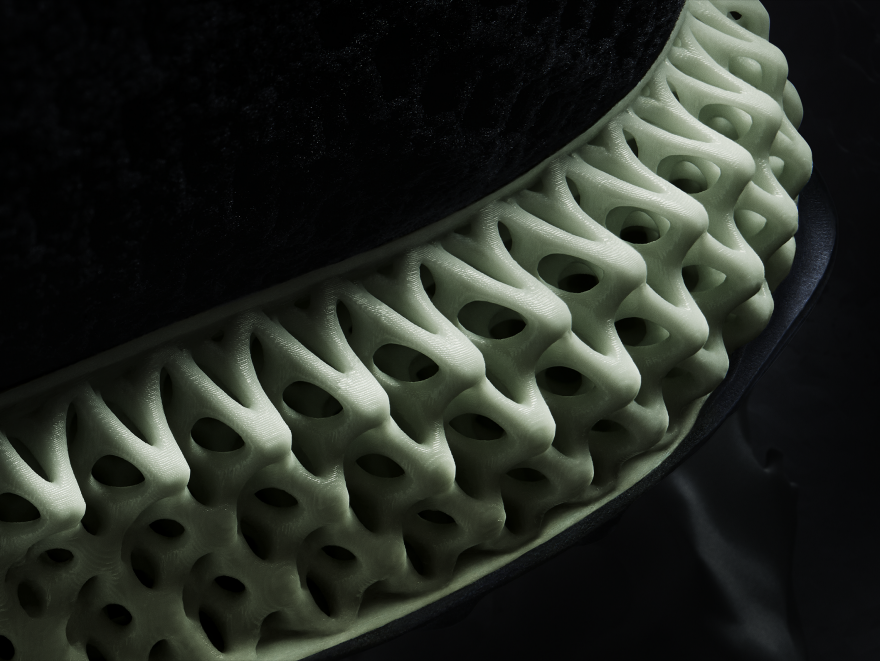 The Futurecraft 4Ds build upon what adidas learned from last year's 3D Runners, which never actually went to market. Judging by how comfortable the updated version is, I'd say a lot was learned. The major design improvement is, of course, material. My main complaint with the 3D Runners is stiffness—they're difficult to bend because the midsole is so rigid. The Futurecraft 4Ds are much lighter and can twist and bend with no problems. The resin midsole is squishy, yet still firm enough to hold your weight and keep you light on your feet. 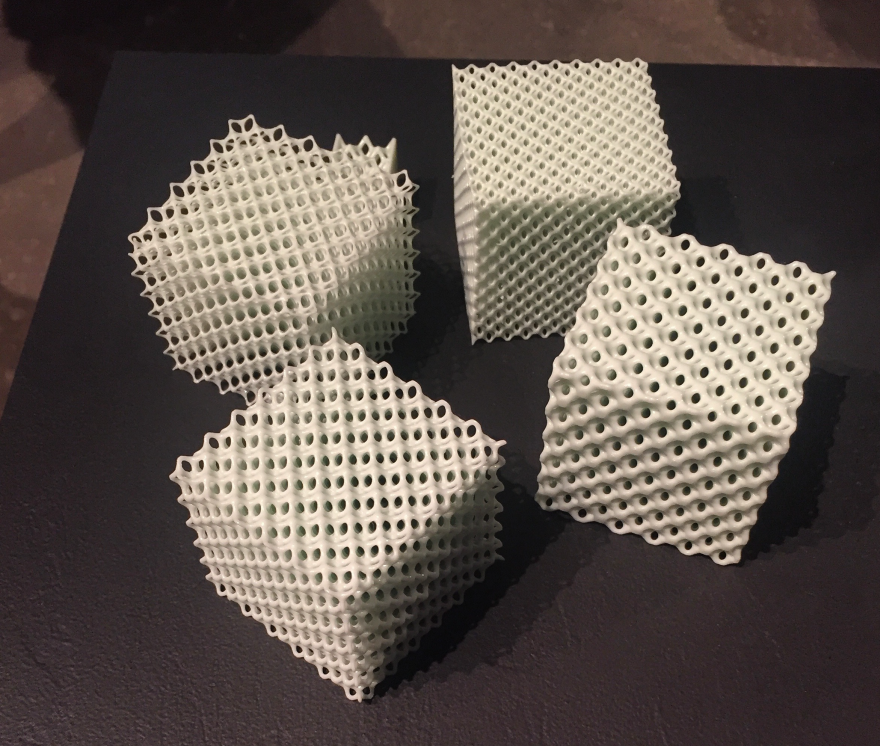 Examples of different densities/lattice structures that can be achieved with Digital Light Synthesis—the less dense, the more squishy.

adidas played with varying lattice density based on an athlete's individual needs with the 3D Runners' midsole, but the Futurecraft 4Ds expand upon this and make the option much more viable (faster production times of as little as one hour per pair and increased prototyping capabilities). The idea that every athlete has different footwear needs will soon be met with personalized midsoles based on individual pressure points. I tested these in the wild on the NYC subway this morning: Even without varying densities, the airy soles moved with my feet and bounced back immediately every time the train jolted—pretty impressive. 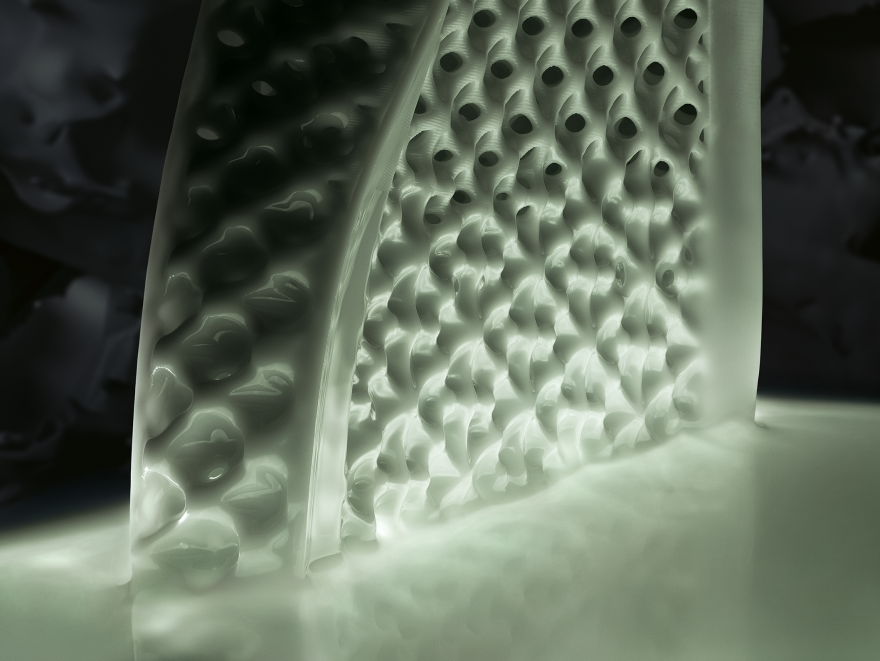 Here's a close-up from adidas of the process in action. 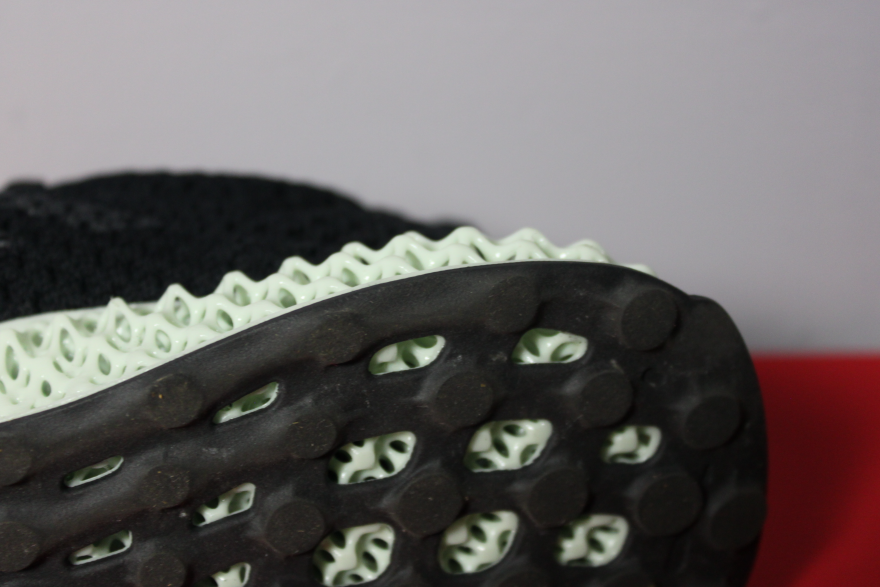 In a way, the Futurecraft 4Ds combine specific elements we've seen in other recent takes on digitally fabricated sneakers. Digital Light Synthesis is reminiscent of Reebok's Liquid Speeds, except the design emerges from a bath of liquid instead of being drawn by robots. The lattice resin sole is almost like a combination of the sole found on adidas' 3D Runners and Under Armour's 3D ARCHITECHs. The major difference with the Futurecraft 4Ds is the fact that adidas decided to completely ditch 3D printing for an updated additive manufacturing process.

It's exciting to watch so many new digitally fabricated shoes/processes come into play. Each time a new one is released, it feels like we're getting closer and closer to customizable products. Of course, with any big innovation comes its setbacks (a decrease in production jobs in the future is likely), but I am curious to see how far digital fabrication in footwear will go and how long it will take companies to offer personalized shoes at reasonable prices.

Only 300 pairs of the Futurecraft 4D were released last night, but adidas is hoping to release over 5,000 pairs this Fall/Winter.