Take a moment to imagine what a Nike headquarters in the heart of NYC would look like. Now picture that times 10, and that's what it actually looks like in real life. This week marks the first week Nike employees get to work in their new 147,000 sq ft NYC home. After the tour we took last week, we've been wondering: Is there space for us? 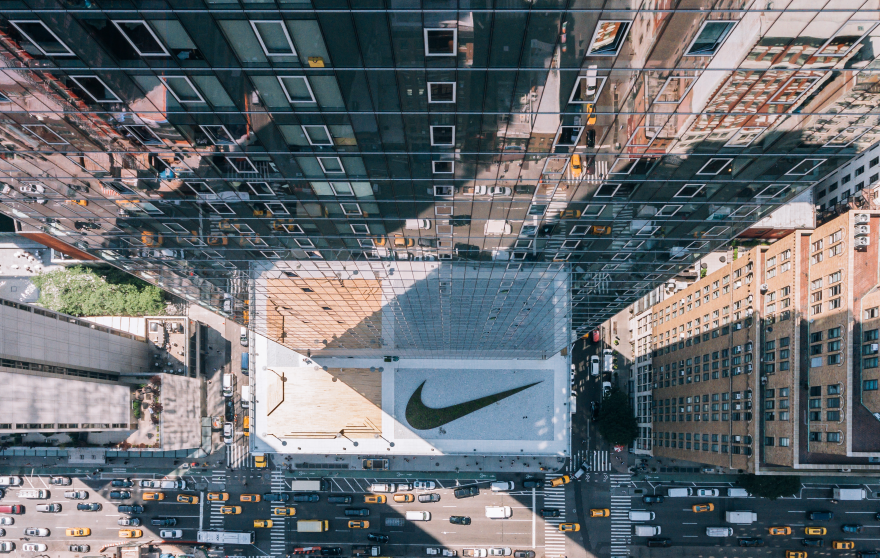 The office is so massive, it's difficult to pick a starting point, so here's an overhead view of the main outdoor terrace. You can casually gaze upon both One World Trade Center and the Empire State Building from this terrace, and you can even see the Nike logo garden from the top of the Empire State Building. Perhaps even Google Earth? To be determined.

Also worth pointing out are the terrace's hardwood floors, which are made of reclaimed cedar from old water towers removed from buildings around the city. 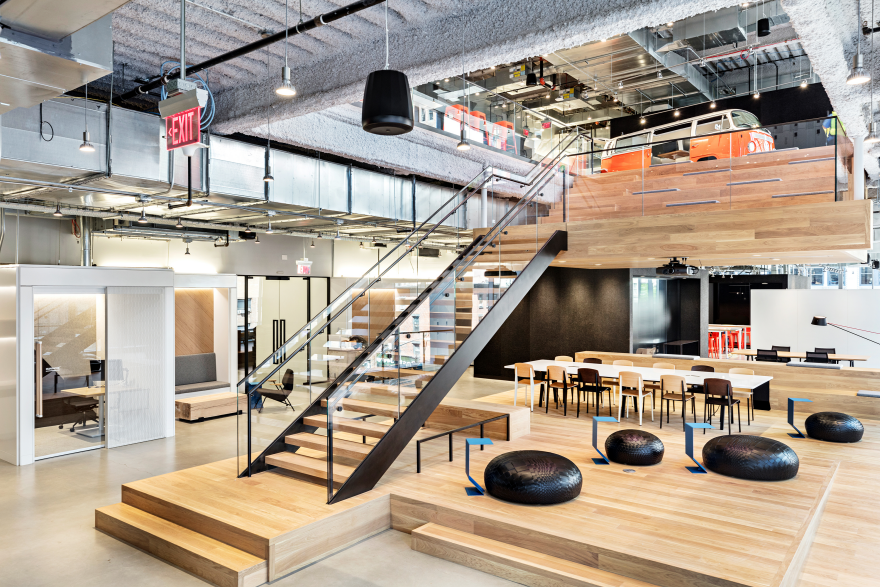 We appreciate that the office hints at classic NYC attractions without being corny. In addition to standing between two of the city's most famous buildings, spaces like the one above are subtle nods to popular NYC locations like the High Line. When sitting on the steps above the staircase, you look out through the glass similar to the iconic lookout point on the path. 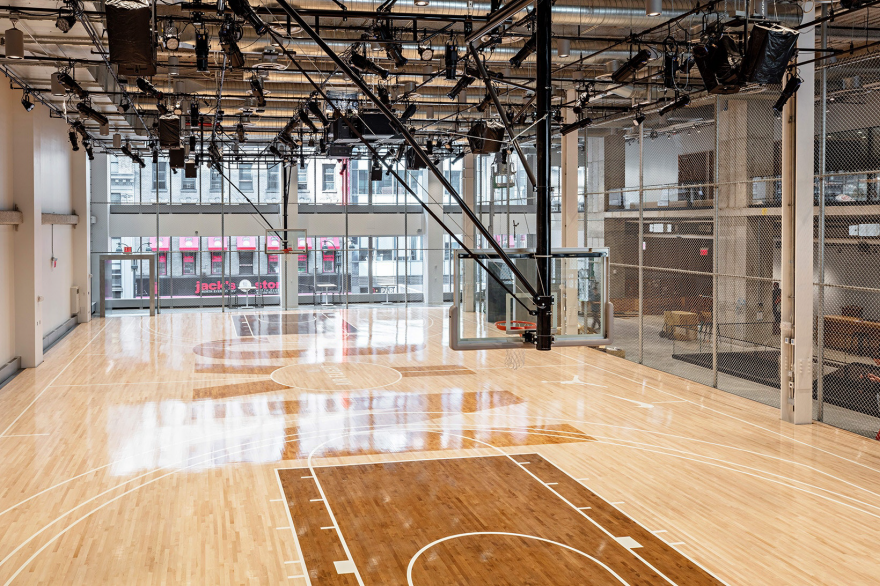 The star of the show is this gigantic 4,000 sq ft basketball court on the second floor. Designed as a collaboration between Jordan and Nike, the court features both logos and can host a lot of people. 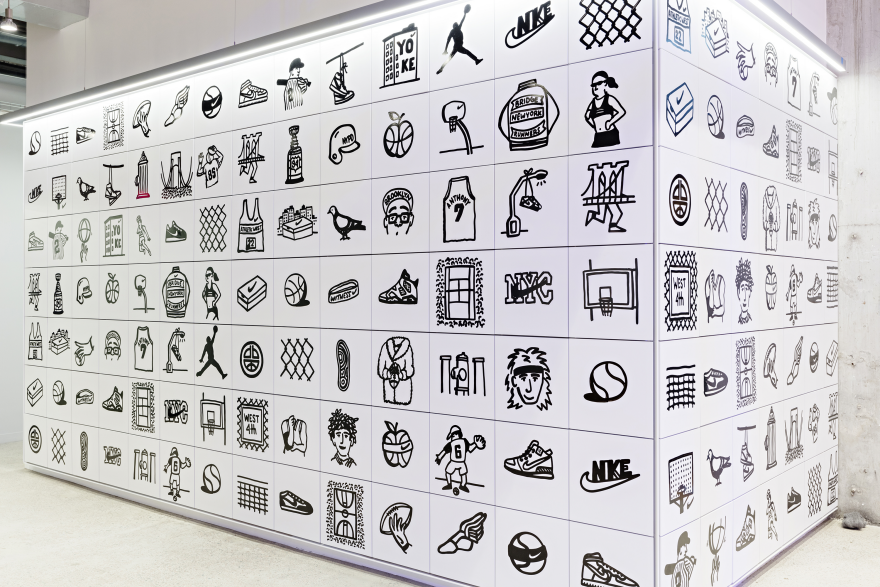 Other details include these sleek tiles, drawn on-site by NYC artist Micah Belamarich, which represent both Nike and NYC athletic culture. 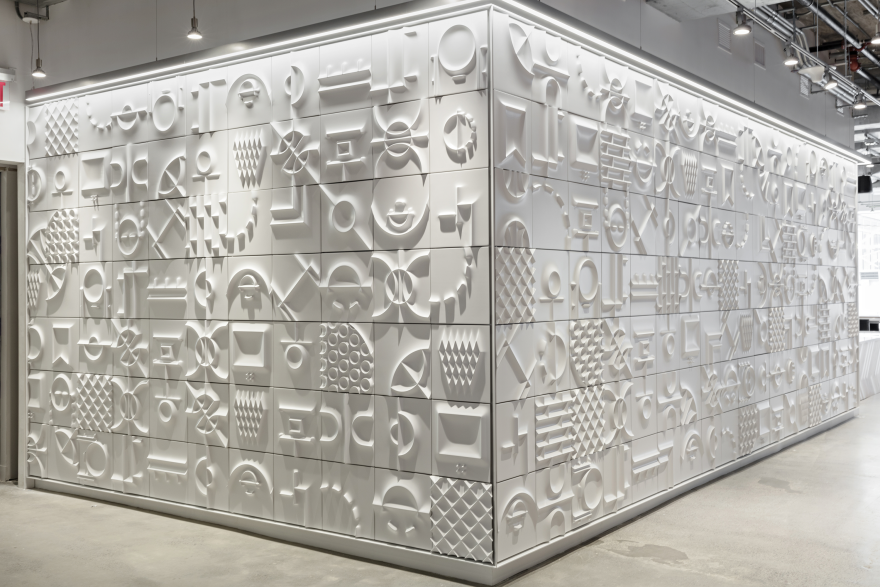 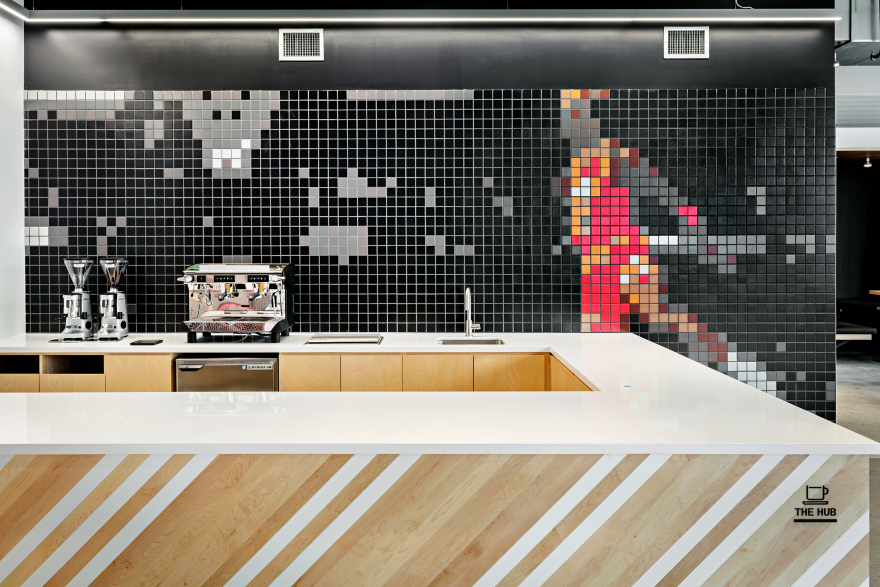 ...And these tiles, which have assembled into a cool Michael Jordan homage.

Not pictured but worth noting are a wall made from Poplar tree bark, intricate ceilings made from recycled textiles designed by Miniwiz, transforming desks in collaboration with Mash Studios, and a large custom food truck featuring artwork by Dark Igloo.

The main problem Nike will face is figuring out how to get employees to leave every night.