A hammer designed for demolition work and remodeling.

SB&D recently received a 2017 Red Dot Award for its DeWalt Demo Hammer. Unlike the standard hammers most carpenters use for demolition, this 22-ounce model was specifically designed for that purpose. 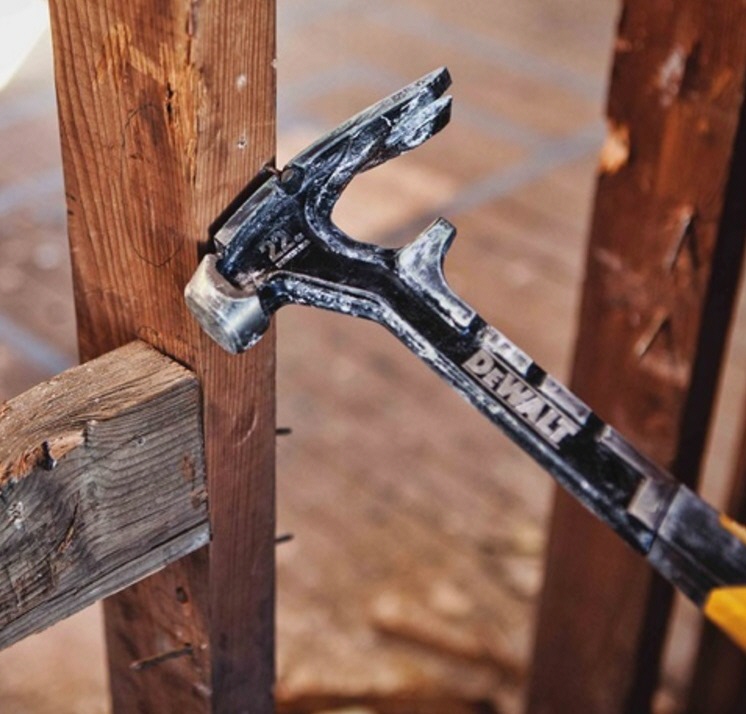 It has an oversize face and rip claw plus a puller in the side of the head for removing stubborn nails. The top of the head is curved and there's almost no neck—which when combined with the length of the claw should make for greater leverage when pulling nails with the claw. 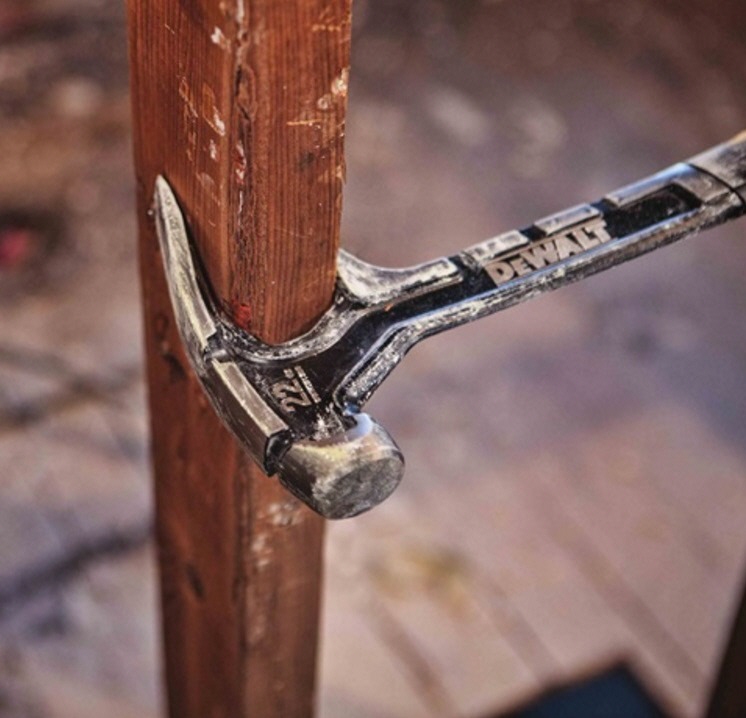 The back of the handle is configured as a "gripper" for twisting 2-by material by grasping it on edge. This feature is unusual but not unique; Estwing offers something similar on its Hammertooth Hammer. 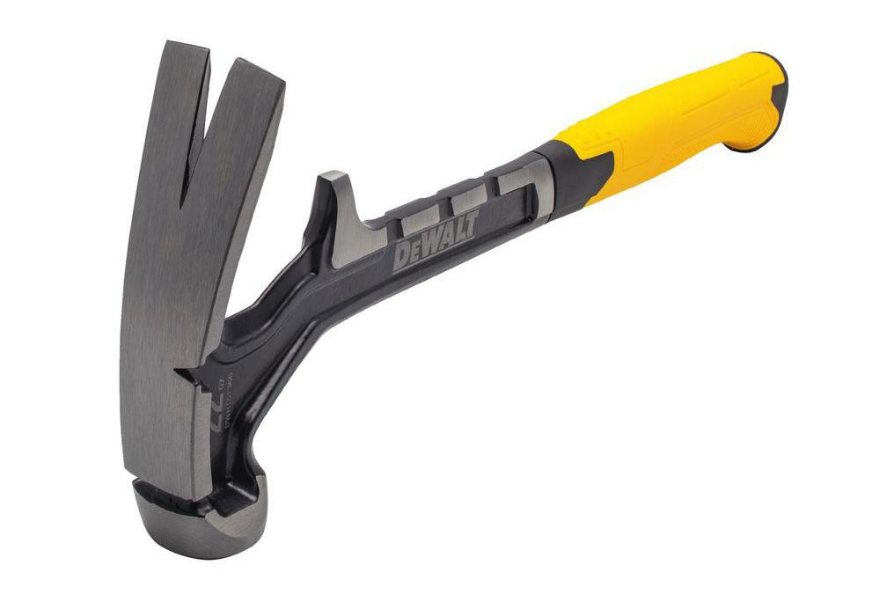 The most unusual feature of this hammer is the wedge-shaped edge of the handle inside of the gripper, which is designed to tear through drywall when the hammer is swung down through it claw-first. Any hammer will do this if you swing with enough force, but it's far easier to do so when the point of contact is "sharp"—as it is with the Demo Hammer.

Additional features include a three-layer grip intended to dampen vibration and a weight-forward design to reduce bounce. 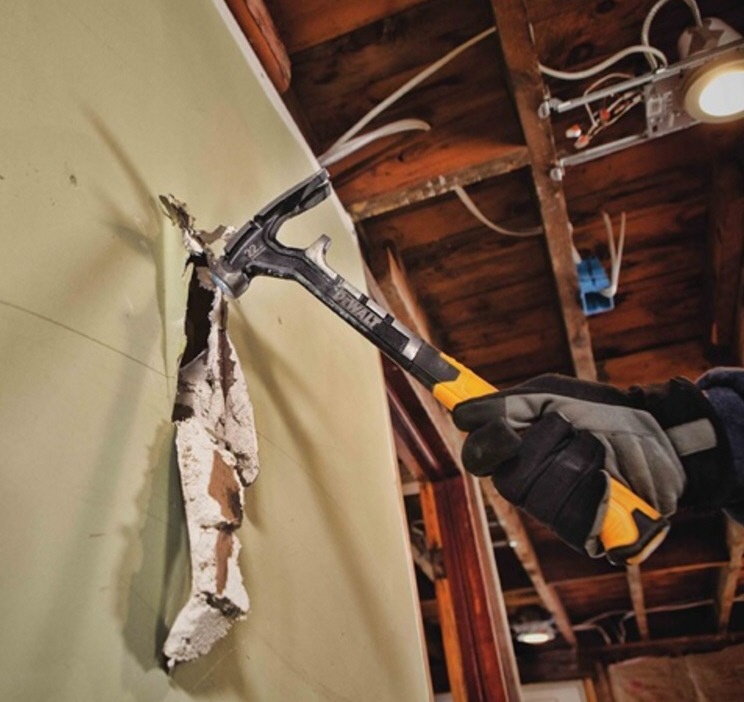 The Demo Hammer is in many respects a more hammer-like version of the Fubar pry bars made by DeWalt's parent company SB&D and sold under the Stanley FatMax Label. The Fubar has a striking face and gripper plus a pry bar coming out of the end of the handle. The Demo Hammer's conventional grip should make it easier to swing and use as a hammer.

The design of this hammer is proof that no matter how mature a product is, there's always room for improvement.