Inspired by a little-known process in industrial history

Here's a rather unusual drafting table, designed and built by Montana-based Douglas LaMont: 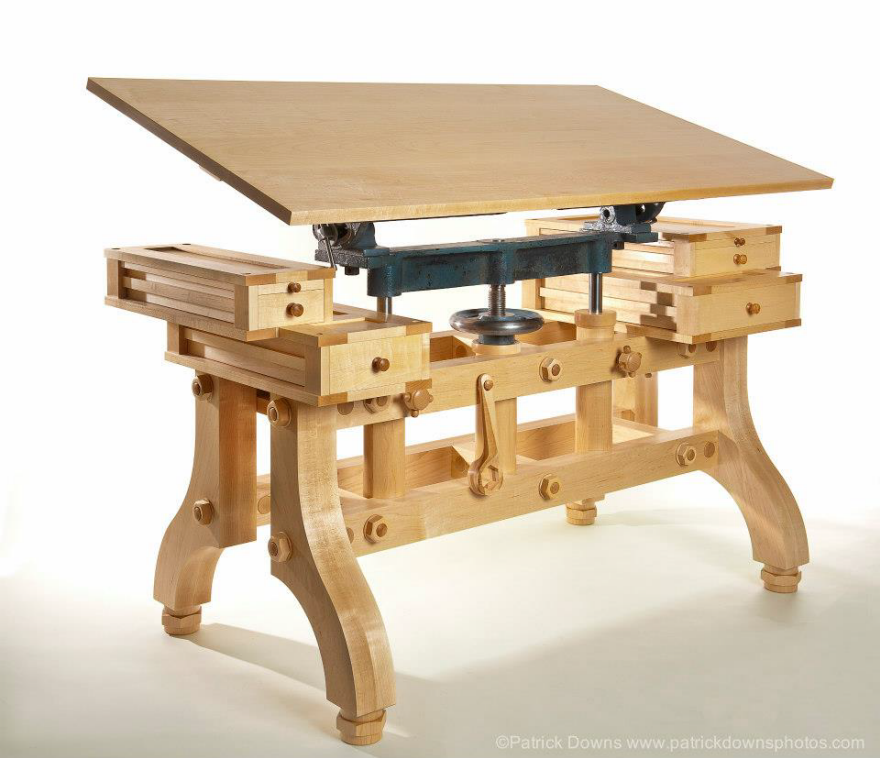 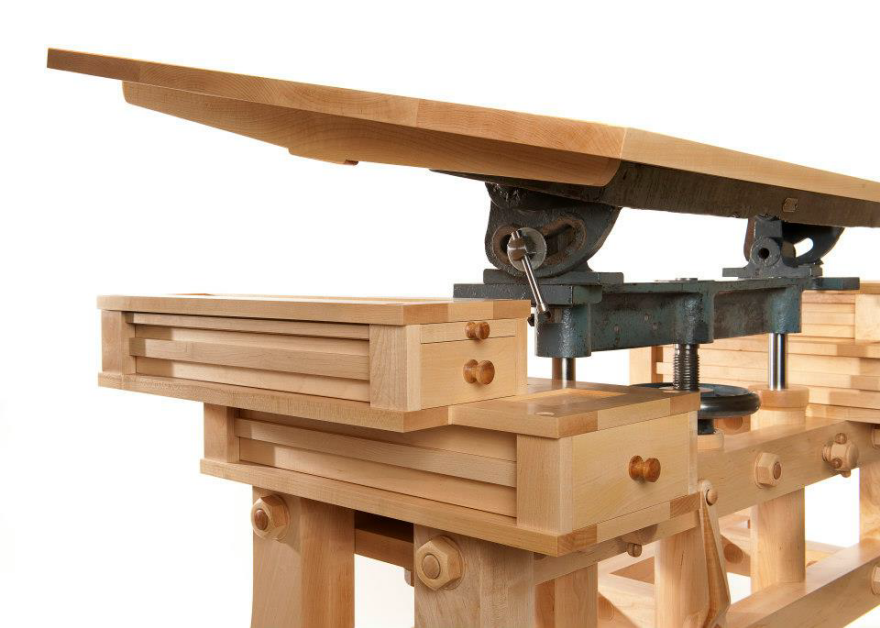 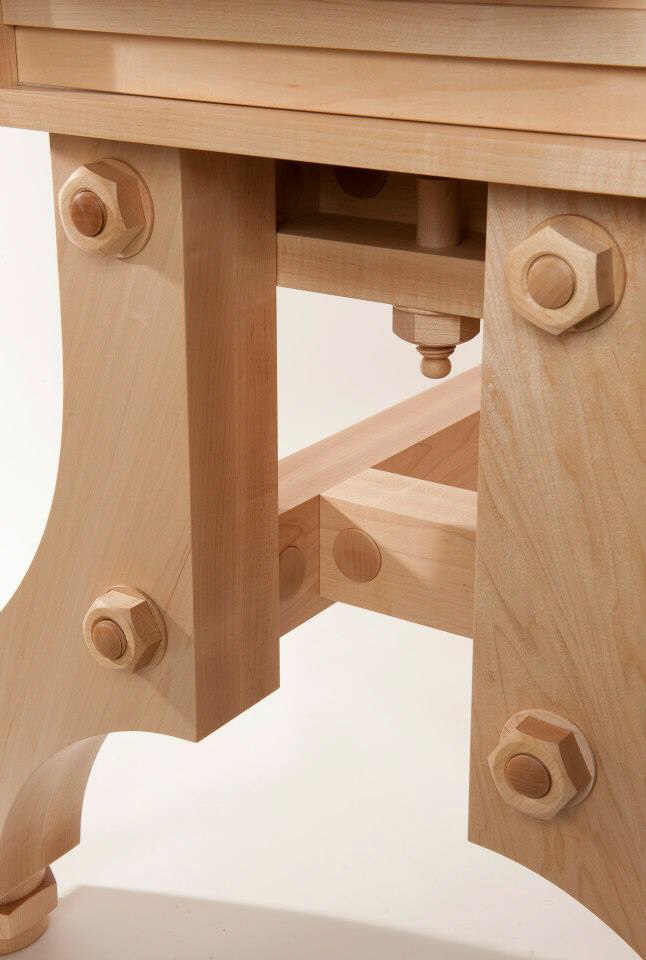 Called the Cantilever, LaMont's design is the first of what he's calling his Ex Machina series. As it turns out, his design choices were influenced by industrial history, and specifically a little-spoken-of relationship between wood and metal in the evolution of industry:

Machines have long served furniture makers by undertaking laborious operations that would require a heavy input of blood, sweat and tears using hand tools. But the relationship between machinery and woodworking isn't nearly that simple. Nor is the relationship a one way street.


Machinery is used to shape and dimension wood, producing parts that eventually become elements of a finished piece of furniture. But where do the parts for the machinery come from? Let me introduce you to the patternmaker's trade.


I recall seeing, many years ago in antique shops in New England, beautiful, large gears and cogs and wheels made of mahogany and wondering why someone would have made such things of wood. Were these the work of some odd duck with an obsession for mechanical parts, too much mahogany and time on his hands? Later, when beginning to order hardwoods for my own endeavors, I found that mahogany was available in "pattern grade", an exceptionally clear, straight-grained and defect-free grade. I soon learned the connection between pattern grade mahogany and wooden gears.


You see, the foundries and factories that produced machinery needed accurate examples of the parts they would cast to form the molds into which the molten steel and cast iron would be poured. This was the job of the patternmaker, a highly skilled woodworker whose trade involved making accurate patterns of the parts needed by the foundry. Sand molds would then be formed around these patterns and the cavities accepted the molten iron. Voila! Machine parts! 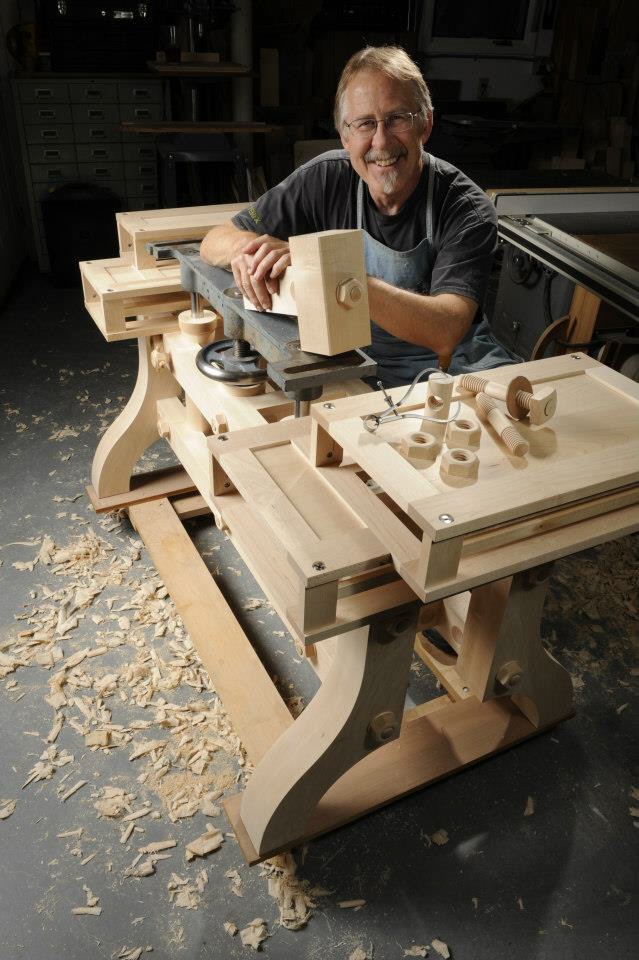 We are looking forward to seeing more in this series!