This is hilarious. Last week a Norwegian prankster named Johan Slattavik posted the following image to a Facebook group called Fedrelandet Viktigst ("Fatherland First," a Norwegian nationalist group). Slattavik captioned the image with "What do people think of this?" 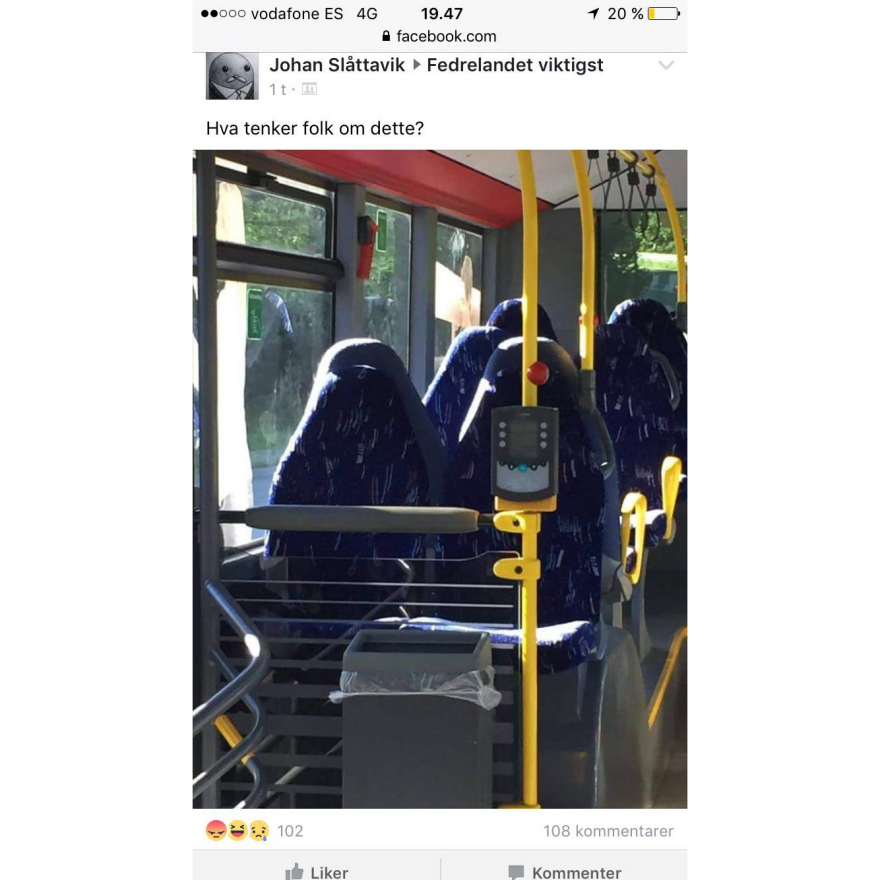 The folks in this anti-immigrant group apparently thought they were looking at a photo of six women in burqas riding a bus. And began to make predictably disparaging comments, some of which have been screencaptured. 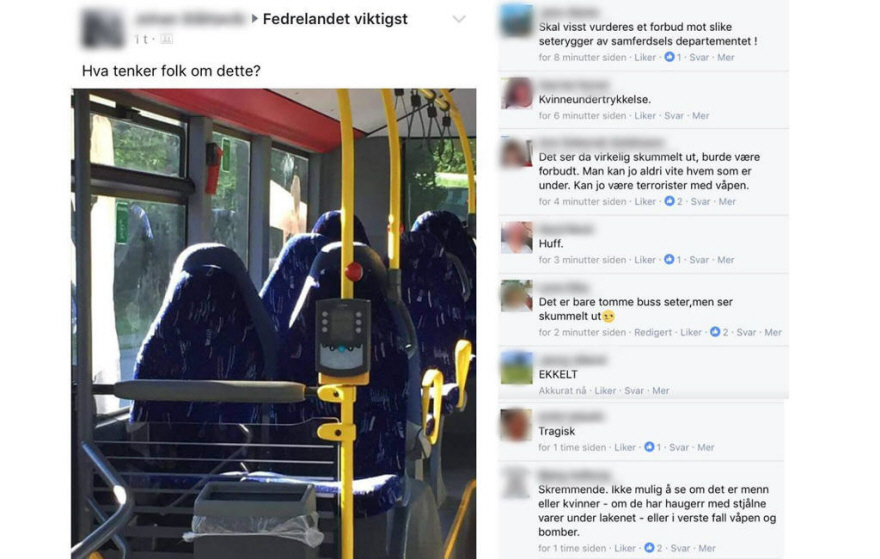 Only problem is, that's a photo of six empty bus seats.

Another Facebook user, Sindre Beyer, realized what was going on and reposted the photo to his own page. It then went viral, with commenters lambasting the nationalists.

The mockery has resulted in some angry reactions, Slattavik said, but he did not take them seriously. "I would say that has also been educational," he said. "I have thought about the differences between legitimate criticism of immigration to Europe and blind racism and xenophobia. I wanted to look into these differences: something I think I have achieved by setting up this practical joke and watching the reactions."