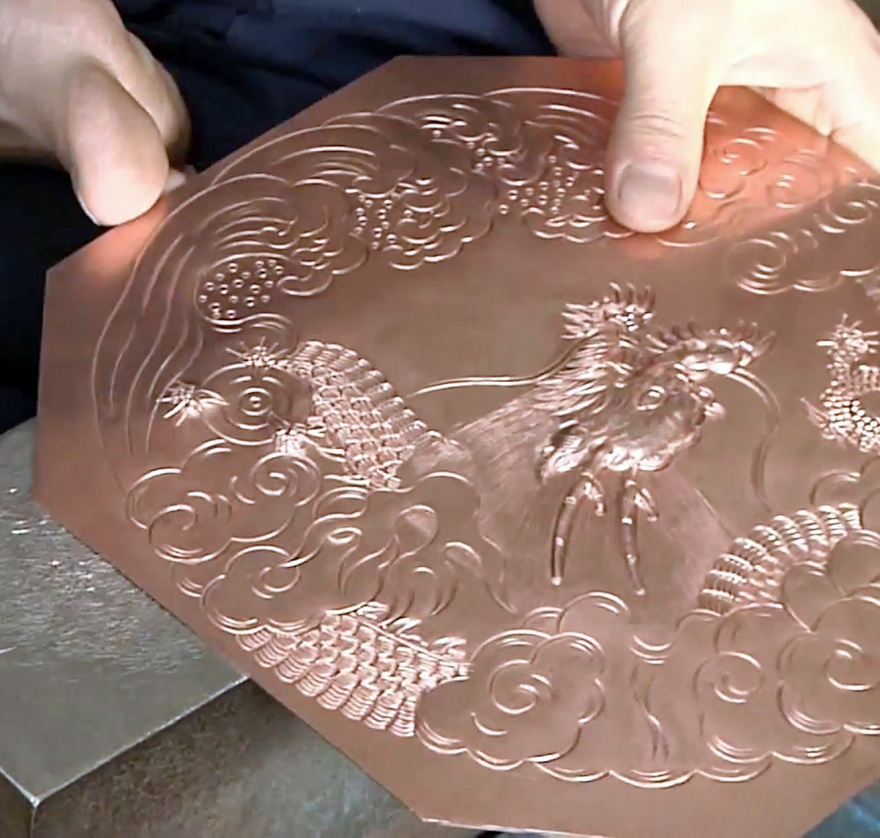 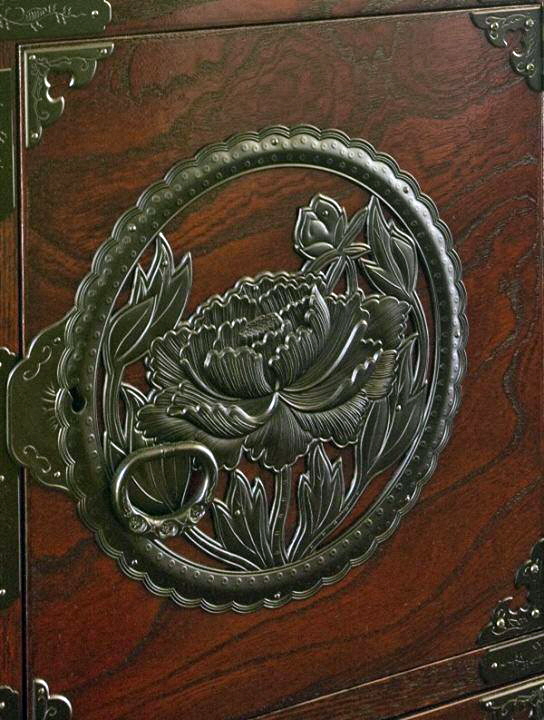 These pieces of metal were made to adorn tansu, traditional Japanese storage chests. Astonishingly, objects like these aren't made by stamping, pressing or embossing, but instead are actually hammered out by hand, completely absent any 3D pattern or form. Watch how this is done:

The technique, which dates back to Japan's Edo Period (late 17th/early 18th Centuries) is called choukin. (In English we'd call this "chasing," which is the practice of embossing via hammer and graver, as shown in the video.)

Here's an excerpt of an interview with two choukin craftsmen, a Mr. Oikawa and a Mr. Oda, who work for the Choukin Kougei Kikuhuro workshop, which specializes in the trade. (To explain some of the odd phrasing, it's been translated from Japanese.)

How long have you been making metal fittings?

Mr. Oikawa: I've been working here for thirteen years and was certified as a traditional craftworker this year.

Mr. Oda: I've worked for twelve years and will get the qualification soon.


(Note: To be certified as a traditional craftworker, a minimum twelve years of working experience is required.)

How did you start this chasing work?

Oikawa: I'm from this area and knew this job since I was a child, so I was interested in it.

Oda: I'm from Kanto region and wanted to be a craftworker. When I was a university student, I met chasing and decided to become a pupil after dropping out of school. 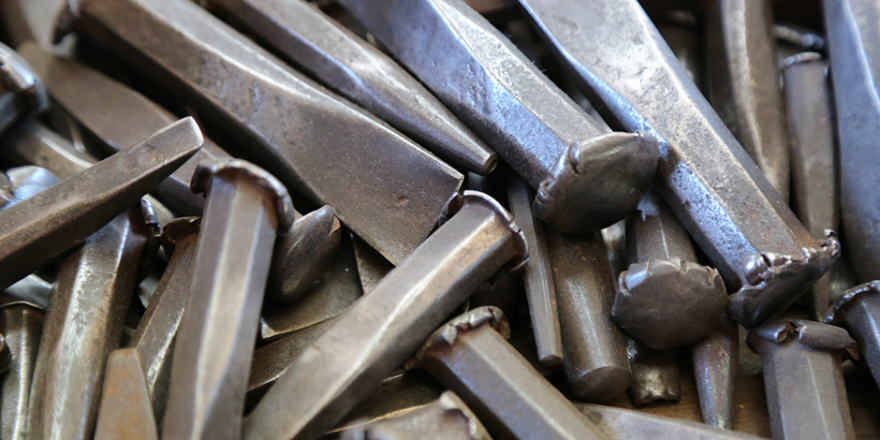 (The interviewer sees a toolbox full of gravers.) You have so many carving tools.

Oikawa: There is no craftworker who specializes in making tools, so we make our own tools one by one.

How do you design metal fittings?

Oda: We have traditional designs such as lions, dragons, and peonies, and we still use them. 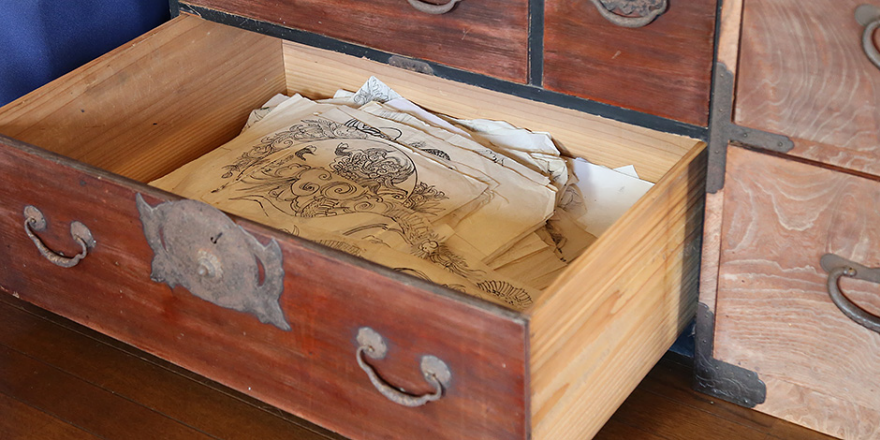 How do you make engraved metal fittings?

Oda: First, put a pattern bearing a design on a metal sheet, and engrave the surface of the sheet along with the pattern including fine lines with a graver. Then, emboss the design by hammering the parts inside lines from the reverse side of the sheet. If (When) it's not done well, sometimes we do that all over again. Finally, cut along the outline with a cutting-out graver or a power saw, and smooth the surface with a file. 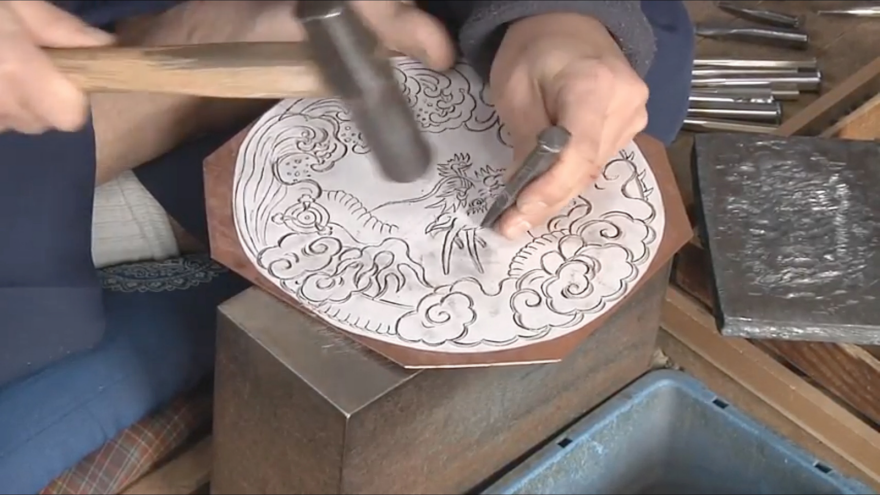 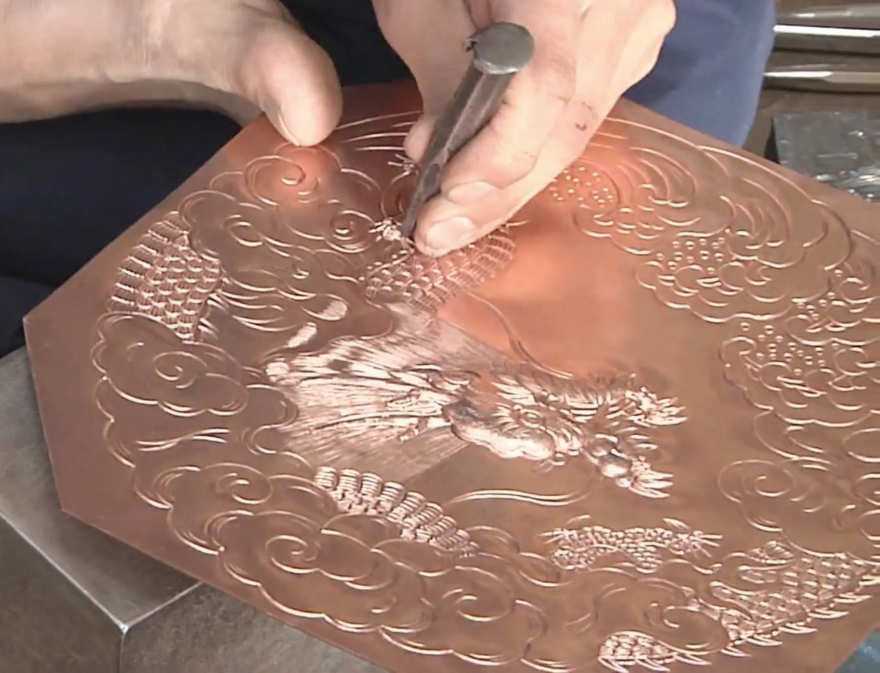 I guess that you have had many difficulties to make such elaborately engraved metal fittings.

Oda: At first, I was only allowed to engrave the inconspicuous edge of the metal fitting. After doing that many times, I started to engrave other parts step by step to master delicate carving. 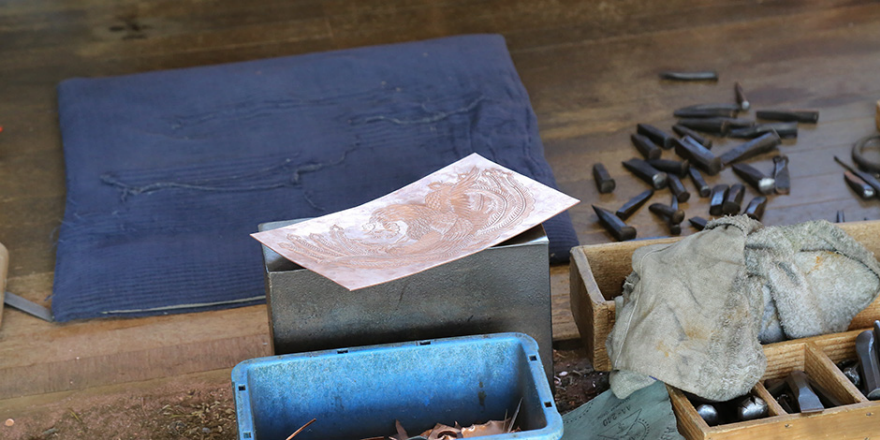 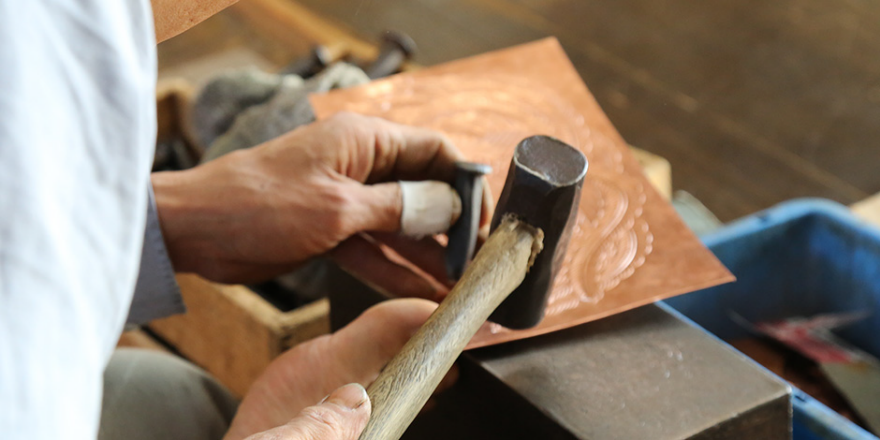 In another interview with a choukin expert, craftsman Hiroshi Kikuchi, who has been doing it for over 30 years, reveals that mastery is elusive and perfectionism is haunting:

"Regardless if it is thought that it was well carved," he says of his work, "regrets will come out as long as three days later."