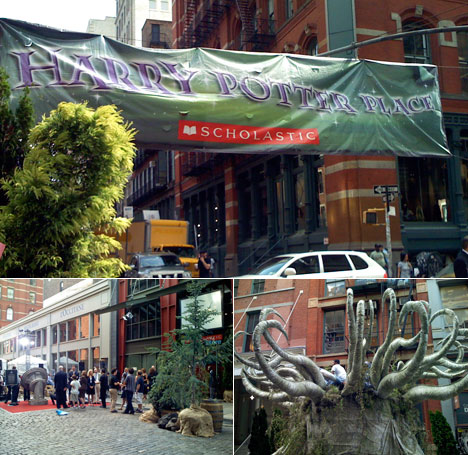 While it's not technically ID-related, Core staff couldn't help but notice the hubbub outside their New York office this morning as neighbor Scholastic gears up for tonight's big product launch. Harry Potter and the Deathly Hallows is scheduled to go on sale tonight at midnight, and Scholastic's SoHo location, their world headquarters, is hosting an extravagant release party starting at 5pm.

As of 9:30am teens could already be seen queueing on the sidewalk, noses buried in tome-like copies of the previous Potter installment, amidst Hollywood-set-like renditions of magical environs from J.K. Rowling's universe.

A mere block away is Apple's flagship SoHo store, which saw its own spectacular product launch three weeks ago. So what's going on over there now? The store was calm and mostly empty, abundant iPhones still line the tables, and at least one wizard was catching up on e-mail before he goes on shift. 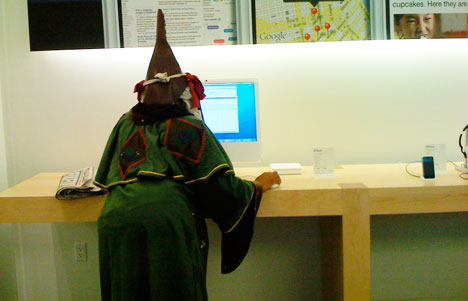