The best of central London, from collectible design to graduation shows

As with any design week, the tentpole tradeshows and group exhibitions of London Design Festival can be a mixed bag of brands, manufacturers, collectives, independent designers, and sponsored pavilions. While the disparate exhibitors cater to different albeit overlapping audiences, the jarring juxtapositions can be chaotic if not altogether unfortunate.

Thankfully, galleries offer a rather more curated experience, while student exhibitions remain as timely and relevant as ever, and LDF did not disappoint on either front. Forgoing the debate about drawing a distinction between “collectible design” and art, we made rounds of elite galleries in Mayfair, as well as a couple of graduation shows. 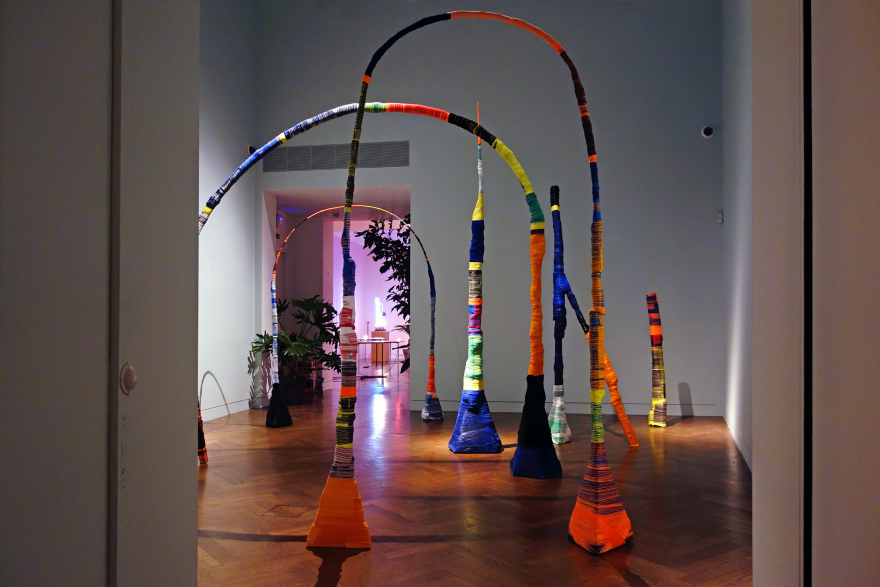 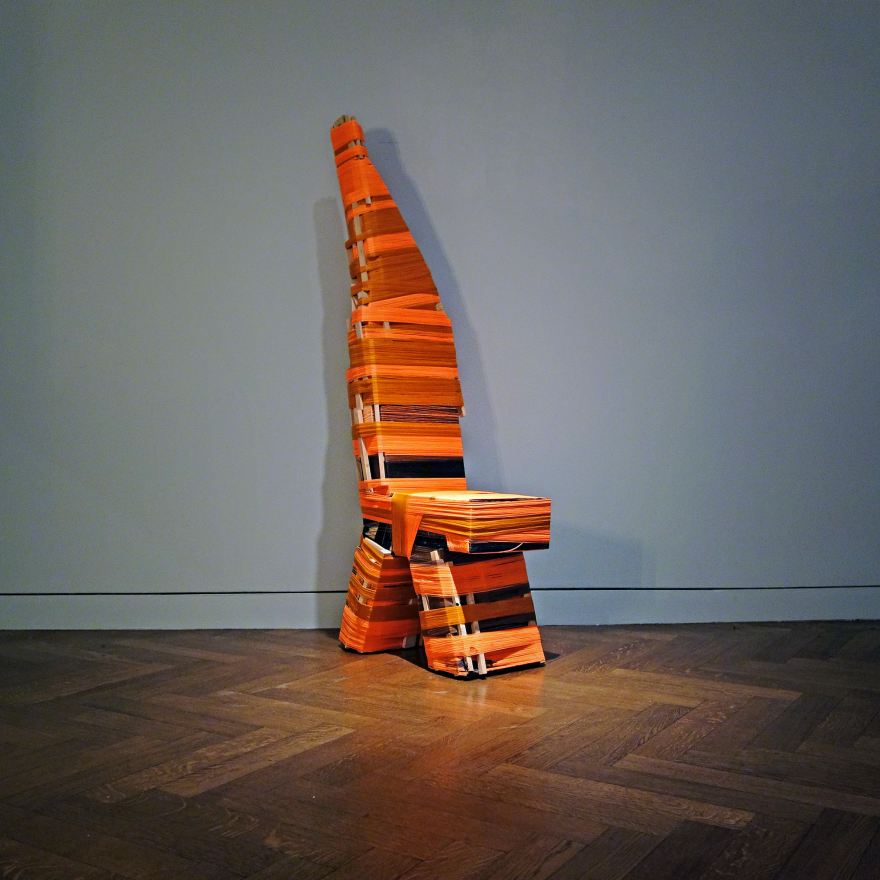 Alvarez, a Swedish-Chilean designer currently based in Stockholm, is known for creating machines that wrap scrap materials in brightly colored thread. 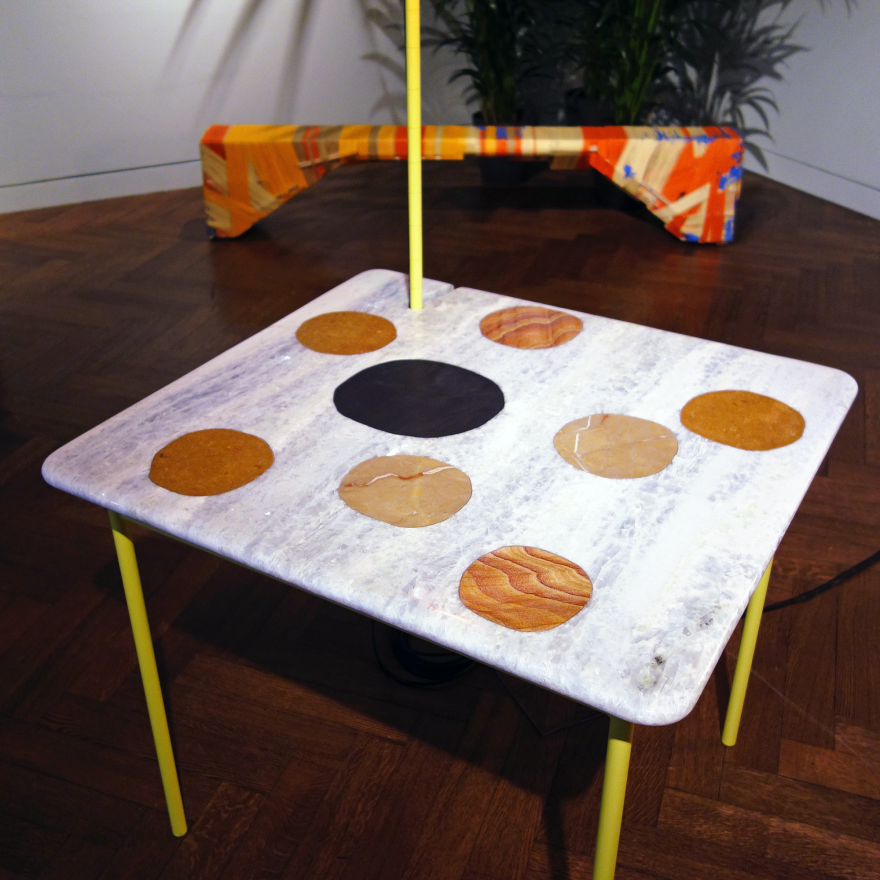 The top-tier auction house mixed the pieces in the three ground-floor galleries of its Mayfair location. 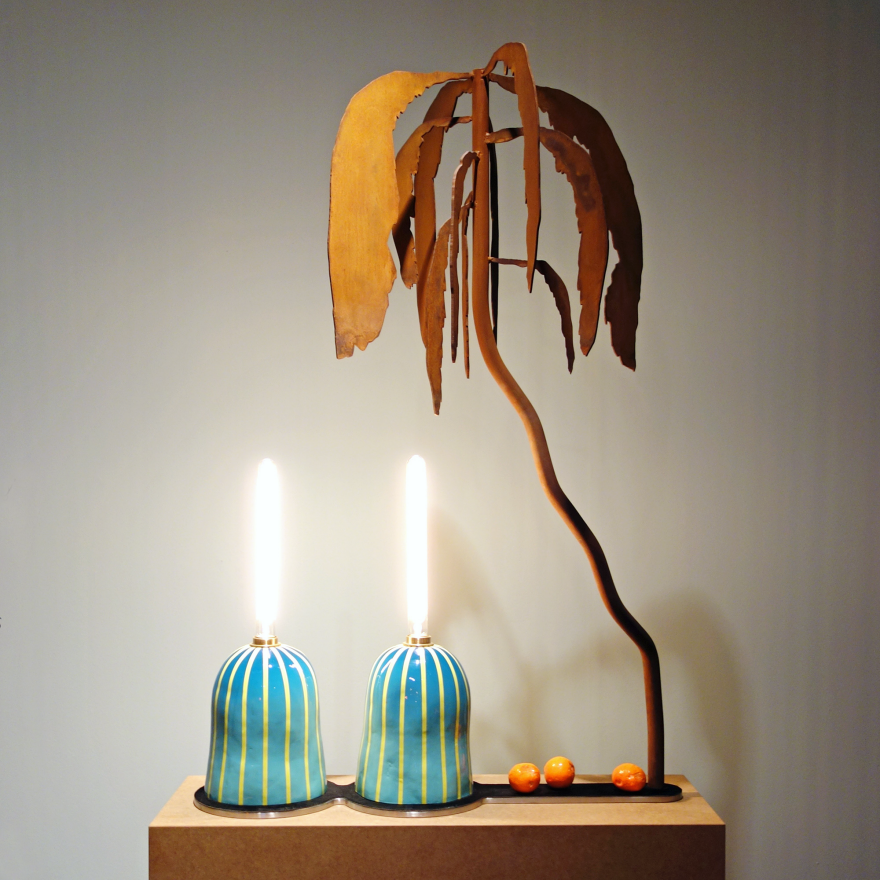 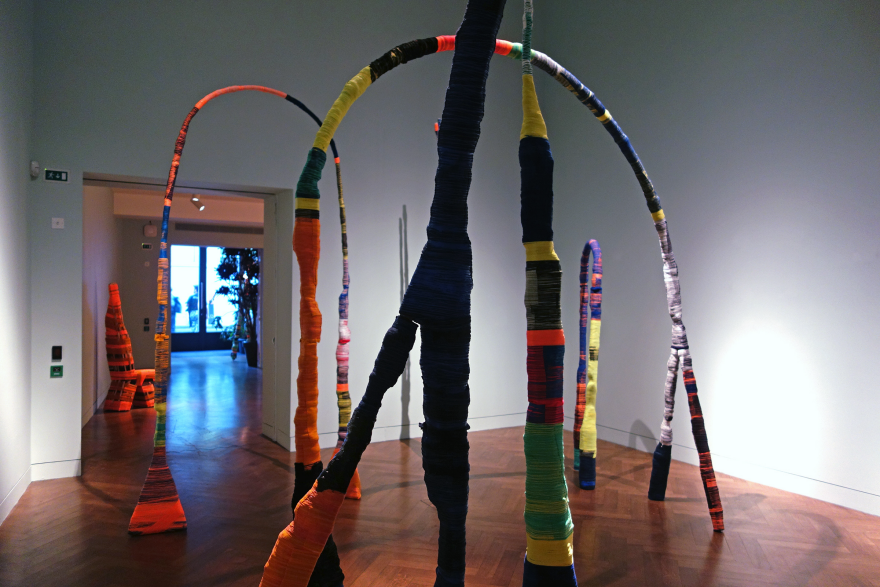 Of course, the Alvarez installation stole the show 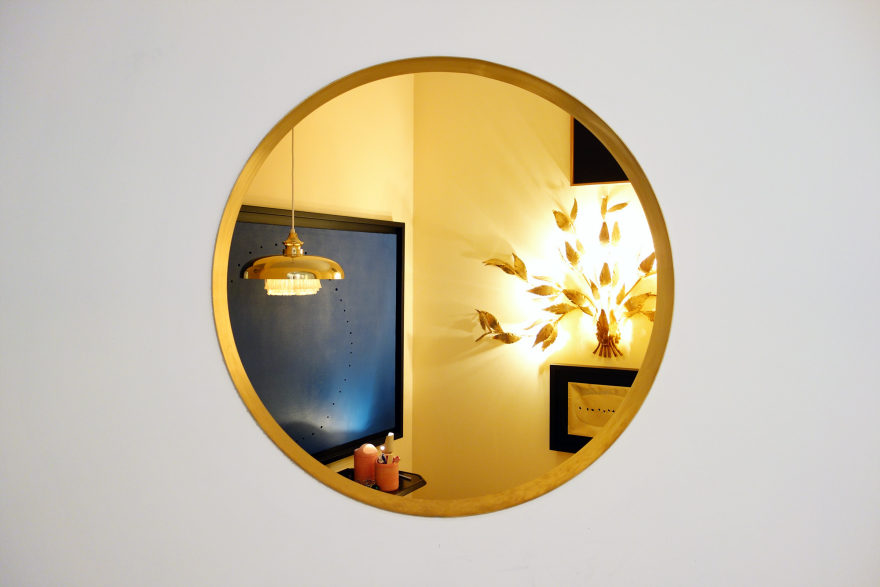 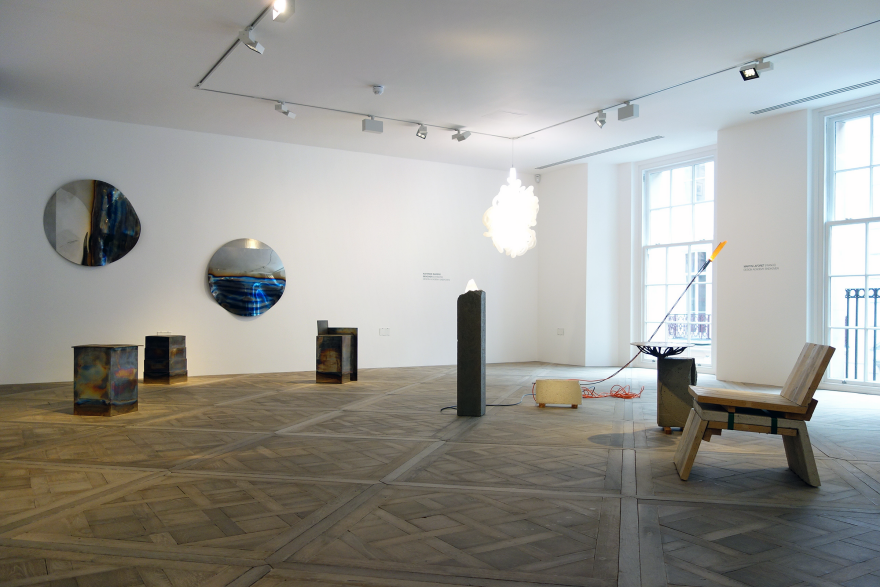 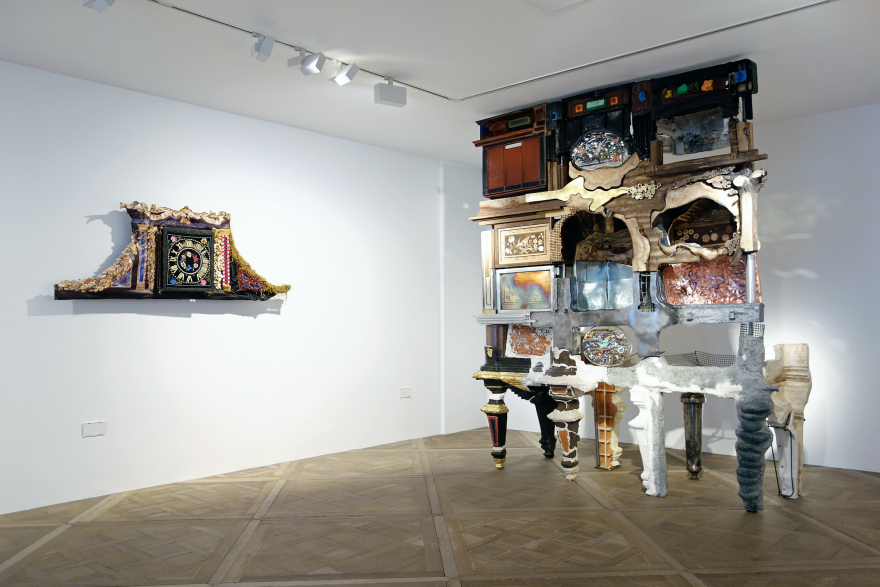 Another DAE grad, Kostas Lambridis presented his thesis project "Work in Progress," which stole the show for its sheer scale. (Full disclosure: I studied with Lambridis at the Design Academy.) 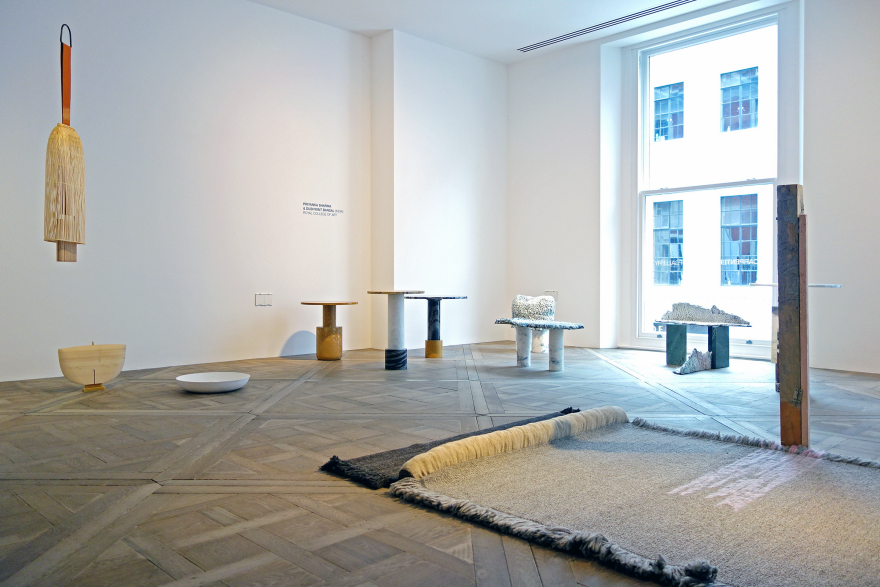 The Graduate(s) also included (from left to right) Julie do Mol, Priyanka Sharma & Dushyant, and Bram van Breda, among a few others. All in all, the works were somehow totemic or elemental, unified by a kind of "prehistoric chic." 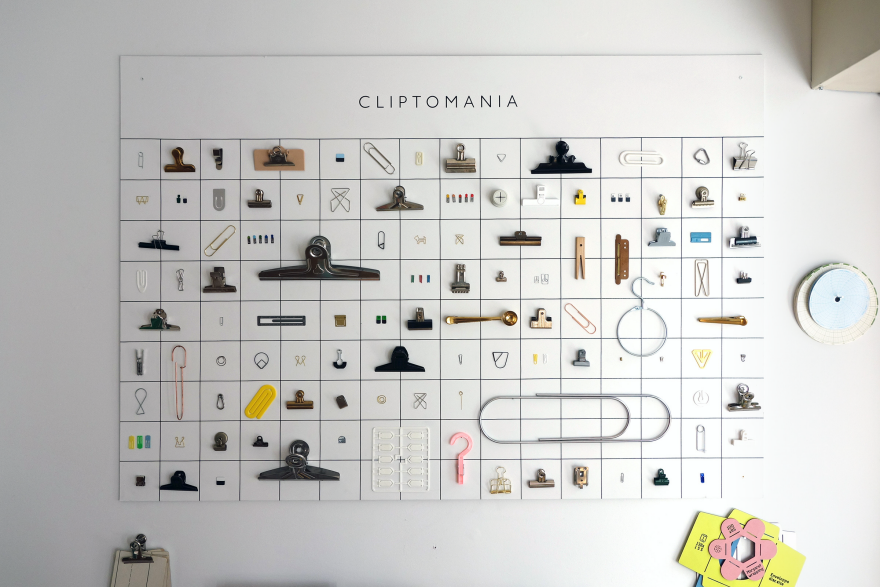 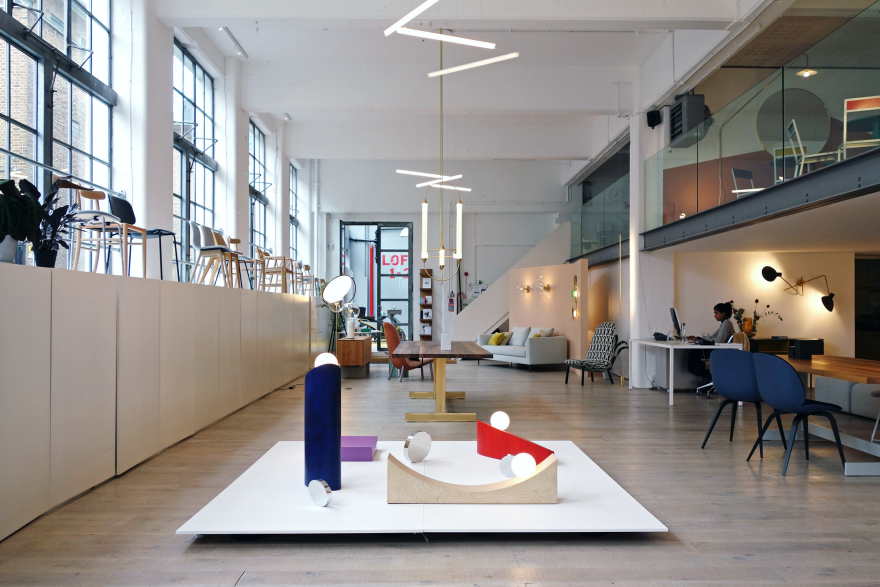 Viaduct Gallery's furniture and lighting showcase Punctuating Space included Child Studio's "In the Shadow of a Man," which debuted in Milan this year. 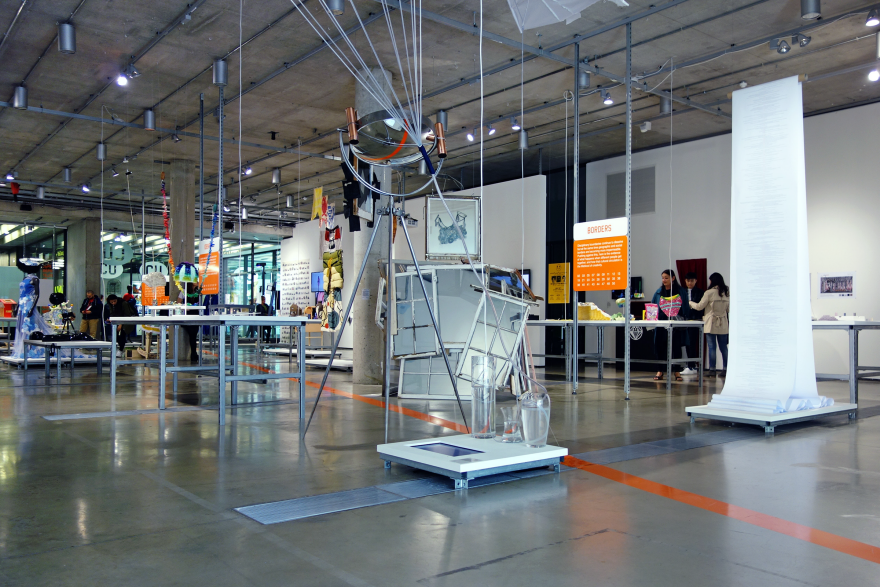 Central St. Martin's Creative Unions featured 50 projects that broadly responded to the geopolitical upheaval since the Brexit. From a Lars von Trier-inspired design "dogme" to speculations on climate change and cartography, the exhibition showcased the full spectrum of design. 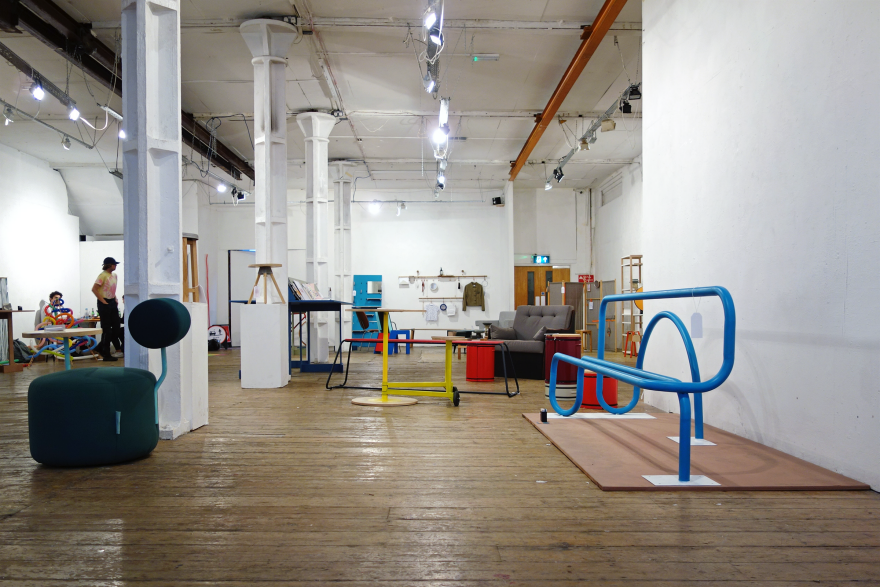 Nestled in a side street of Clerkenwell, Candid Arts Trust hosted Graduated, an exhibition of student projects from Kingston University. With some 90 pieces on view, the exhibition was understandably uneven but refreshingly playful on the balance.