Windhorse Aerospace's Pouncer UAV would be made up of 50 meals

Engineer Nigel Gifford, who has completed over 1,000 parachute jumps, had a job you've probably never heard of: As a Captain in the British Army Catering Corps, his job was to feed soldiers in hostile environments.

Given his specialty, after retirement he was approached by the British military and asked to help develop a drone that could deliver food. "They were looking at conventional UAVs (unmanned air vehicles)," Gifford told Business Insider, "and I said, 'Well, why would you bring it back? Why don't you leave it there, and why don't you make it all out of food?'"

"I keep getting trouble with my wife at home - when we go shopping in the delicatessen, I'm the one that's flexing the salamis to see what their tensile strength is because they'd make good spars [part of the wing structure]!"

Gifford designed what he calls the Pouncer, a fixed-wing drone that is not only loaded with food, but will be made of food. While he's still working out which edible material will make the best wing structure, he's decided that other structural elements can be made from wood, which can be burned as fuel by the party that receives it, and the skin will be made from an unspecified material that can be integrated into a shelter. 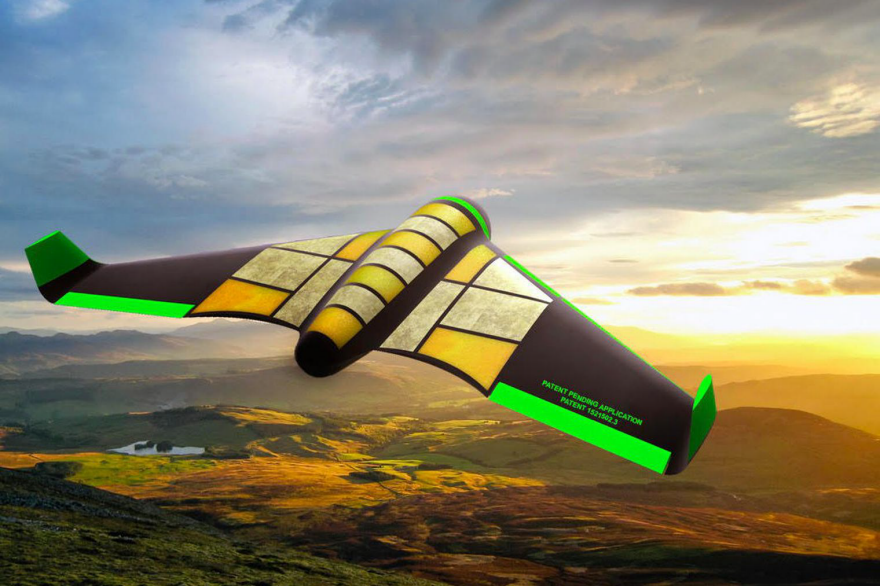 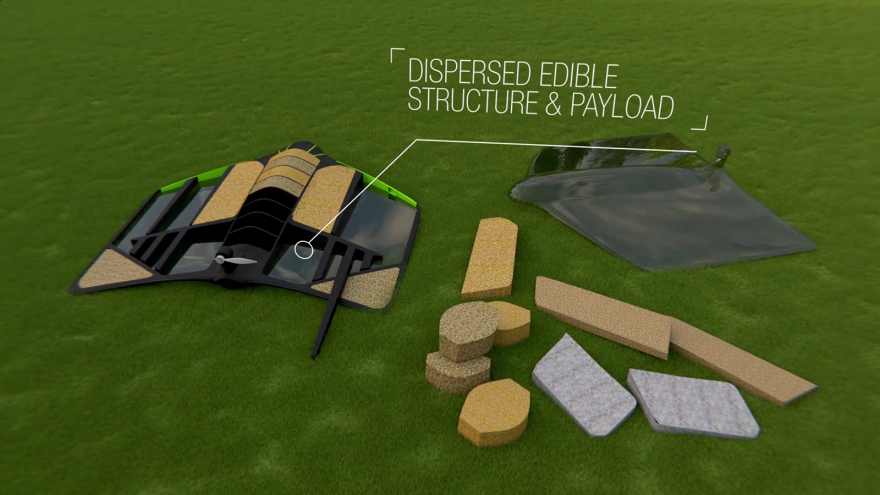 It sounds far-fetched, but Gifford's company, Windhorse Aerospace, claims that a single Pouncer will deliver a day's worth of rations for 50 people, cost £500 (USD $672) apiece, and deliver with an accuracy of 7 meters. The drone is meant to be dropped from a C-130 transport plane; it's not at all clear how the thing will steer itself to the target.

As with the military hoverbike we just looked it, it is a shame that the Pouncer is not yet a reality, as it would be perfect for a disaster relief scenario such as the one currently being faced in Puerto Rico.