Memphis College of Art Announces They're Calling it Quits

Thankfully, the Walmart heirs are funding another art/design school in the region 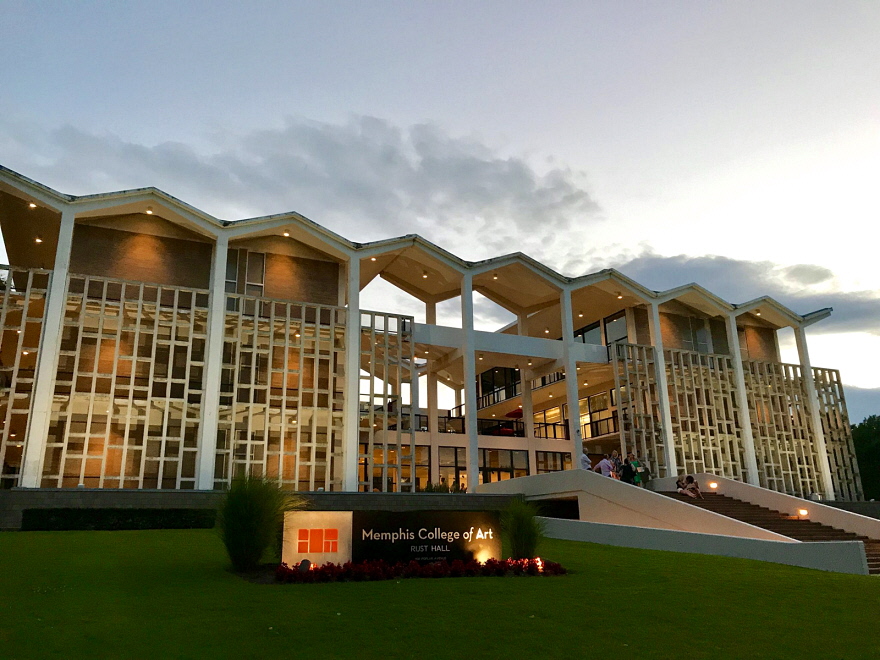 The Memphis College of Art, whose location sites them near the intersection of Tennessee, Arkansas and Mississippi, has been providing degrees in art and design since 1936. On the undergraduate level they offer BFAs in Animation, Art Education, Graphic Design, Illustration, Illustration/Comics, Painting/Drawing and Photography; BFAs in Fine Arts with concentrations in Drawing/Painting, Metals, Photography and Sculpture; and a BFA in Design Arts/Graphic Design. On the graduate side, they offer MFAs in Illustration, Metals, Painting/Drawing, Photography and Studio Art, as well as a Master of Arts in Teaching (MAT) and a Master of Arts in Art Education (MAArtEd).

Sadly, yesterday MCA announced they will be closing their doors. "The Board of Directors of the College, facing declining enrollment, overwhelming real estate debt, and no viable long-term plan for financial sustainability, has voted to stop recruiting new students, effective immediately, and begin making plans to close the College," reads a statement from the school.

The Board vote resulted from a long process that eventually determined that an independent, private fine arts and design college is no longer financially sustainable in Memphis.

Currently enrolled students will be allowed to complete their programs, albeit amidst the sight of the school's buildings being sold off piecemeal to fund the "teach-out," which should wrap in 2020.

The Memphis College of Art, which is accredited by the National Association of Schools of Art and Design, is a small (450-student), private college. Ironically, just two months ago it was announced that the University of Arkansas is establishing a new School of Art--following a generous gift of $120 million from the Walton Family Charitable Support Foundation, the philanthropic arm of the heirs of the Walmart empire. For all of the negative rap that corporate money receives, at least some of it is being used to support the arts, and will hopefully shore up arts education in the region.

I think it's important, for the sake of diversity of upbringing in creative industries, that art and design schools populate the entire country rather than collecting along the coasts. Some design schools in the middle of the country thrived in those locations with access to local industry (for instance RIT and Kodak, CCS and Detroit's automakers) while others don't have such lifelines and must survive on their financial wits and ability to provide a strong education.

For those of you attending non-coastal art and design schools, where are you, why did you choose to attend there, and what do you see as the strengths/weaknesses of your school? Please sound off in the comments; the information could be valuable to high school students reading this who are trying to find the right school for them and aren't interested in the coastal options.

Memphis College of Art Announces They're Calling it Quits