As a high school student, Dylan Gastel started a company that built backyard ice rinks in Rhode Island. Unlike building, say, a basketball court, an ice rink is a relatively easy affair that doesn't require pouring asphalt; with construction lumber and a waterproof membrane, you can build a structure, fill it with water and let Mother Nature do the rest.

Yet Gastel saw an opportunity to make the process even simpler. "We spent weekend after weekend fabricating each component of our rinks from plywood and two-by-fours," Gastel says. "It was during those long hours sawing, drilling and hammering that we envisioned the day we could provide our high quality backyard rinks more effortlessly across North America and beyond." Thus after entering Yale University to study mechanical engineering, he developed the EZ-ICE, a backyard rink that can reportedly be assembled in 60 minutes:

It's a pretty clever bit of engineering. Your typical DIY rink requires stakes to be nailed into the ground for stability's sake--meaning such rinks must be planned and installed before the ground freezes. Gastel's design, in constrast, uses straps/tension and the weight of the ice itself to keep the walls in place, and can be installed when the weather's already freezing. 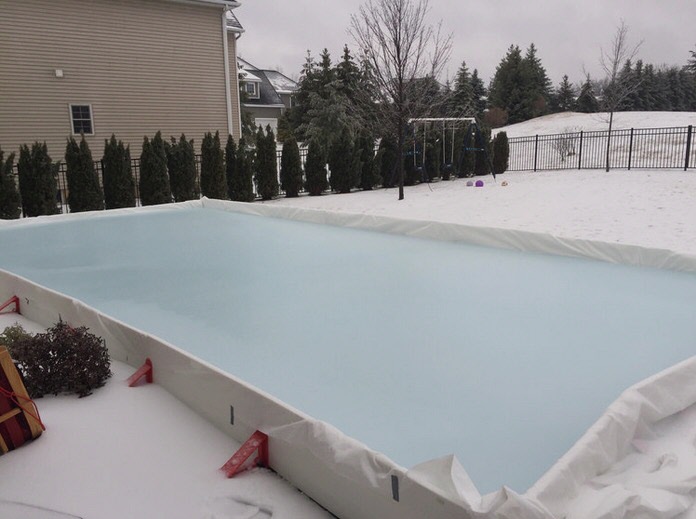 Secondly, for kids playing hockey, pucks slamming into the typical DIY plywood walls don't rebound the same as they do in a rink; but according to a customer testimonial, "The puck plays off the [EZ-ICE] boards much better than it does with wood. The action is closer to what you get on a real rink." 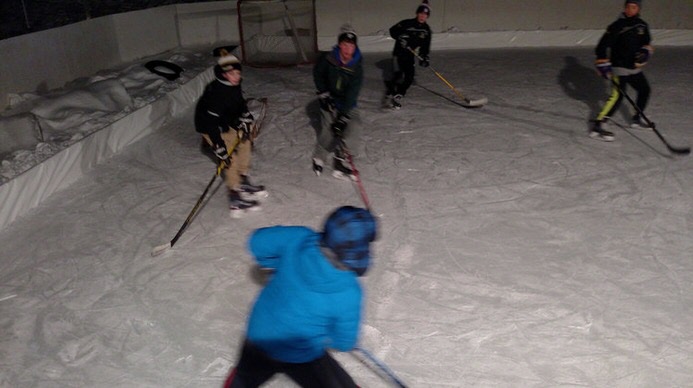 Man. This is Gastel's second company and the kid hasn't even graduated yet!