If you throw a sofa away in New York City, it will often linger on the curb for days.

For three mornings in a row, I passed this spot on Elizabeth Street where a homeless guy had scored a discarded sofa and sofa end. The weather is getting colder now, and he had pushed the couch up against the wall and tipped the sofa end up to make a sort of semi-shielded sleeping area for himself. 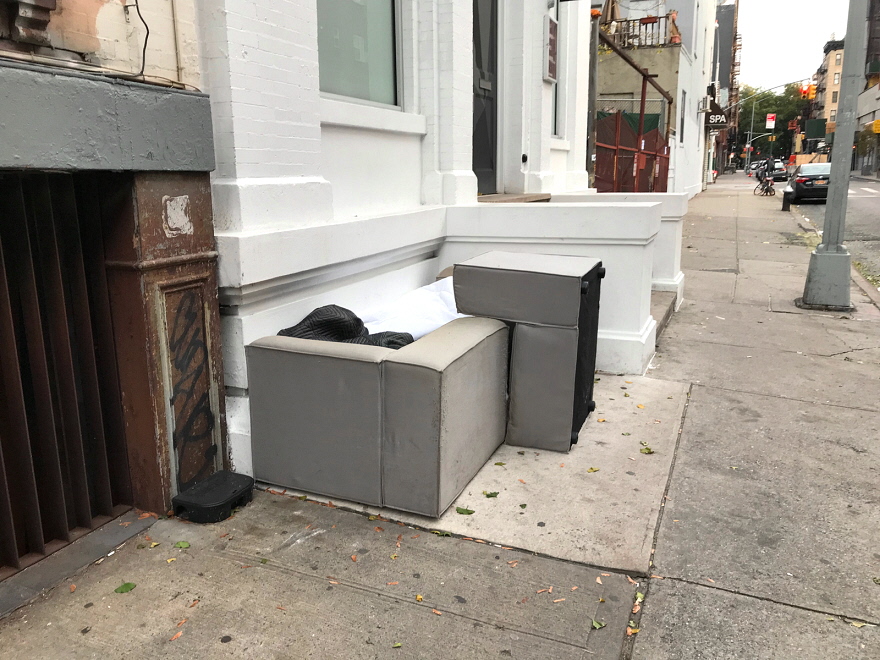 I can confirm that there is a man sleeping in there, but out of basic respect I did not want to invade his space to photograph him. 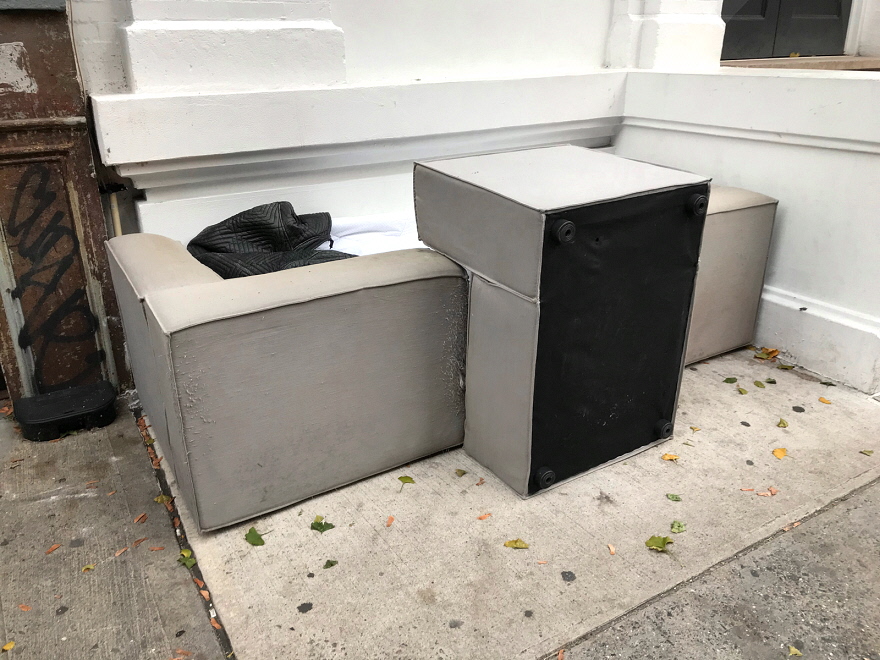 On the fourth morning the couch fort and the man were gone. I guess the garbage company finally hauled the sofa away.