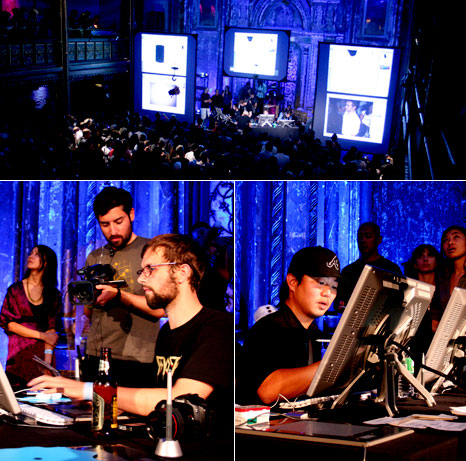 After surviving 2 grueling rounds, it came down to Jan Mathias (Mate) and Dosa Kim at last nights Cut & Paste digital design tournament held in the majestic Angel Orensanz Foundation building in New York's Lower East Side. Live on stage, 8 designers battled it out in 15 minute rounds to produce a visual response using only the computer and a digital camera as their tools. Mate was always the clear winner in my mind, although Jeffrey Songco's animated permanence in the first round shooting himself with 3 different costume changes and still finishing early was impressive.

It's always an education watching how another designer uses the same software you do and it proved once again, there's no right or wrong way to use a program, just better ways. It would be great to see a similar battle for industrial designers, maybe hand prototyping a model live. This years Cut & Paste tournament will take place in eleven cities, the live format is slick and to the organizers credit, very well produced. It's definitely worth making the effort to check this out if it comes to a city near you. 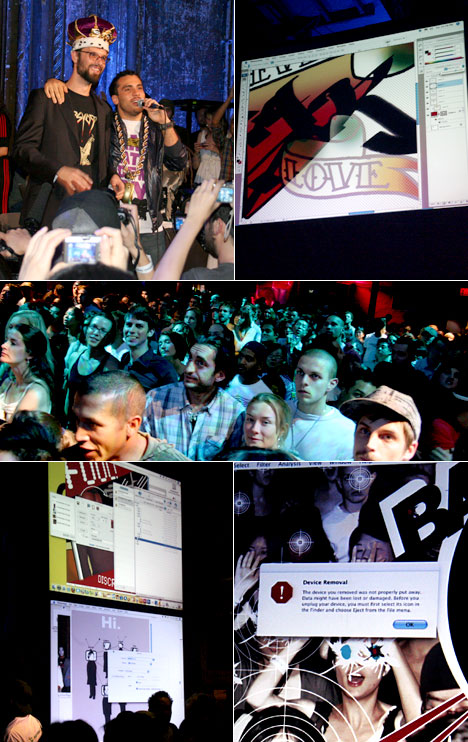