Forget about steel tariffs; Christina Lomasney is rewriting the future of metals

Right now steel tariffs are all over the news, with different people arguing where we should buy our steel. Options exist because steel is by and large the same whether it's produced in China or the U.S. But Seattle-based physicist Christina Lomasney, the President, CEO and co-founder of Modumetal, might change all of that. If her company succeeds, Modumetal might become the go-to supplier (or licenser) of a very desirable, revolutionary type of metal called nanolaminate alloys.

Lomasney and her 17-employee company have figured out how to "grow" metal in a tank--and in a variety of compositions. It is an additive process, but it is not 3D printing. Their proprietary methods are obviously a secret, but it seems like a very advanced, highly-controlled form of electrochemistry, which is relatively cheap. Yet the metal it produces is "stronger and lighter than steel, more corrosion resistant than galvanize, more durable than chrome and redefines metals performance across industries," the company writes. "Modumetal will replace conventional metals and composites in applications, spanning infrastructure, automotive, aerospace, energy, construction and more." 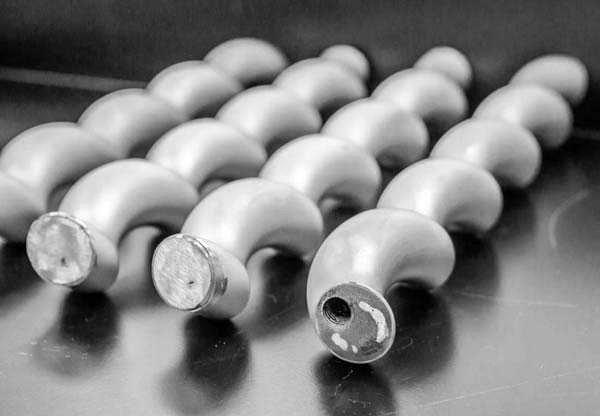 It's not just exciting that Lomasney and her team have figured out the process--it's also that they've figured out how to do it on a large scale. That's the game-changer. "Modumetal is an industrial scale manufacturing process," the company claims, "that delivers nanolaminated alloys at a cost that is competitive with conventional metals processes." 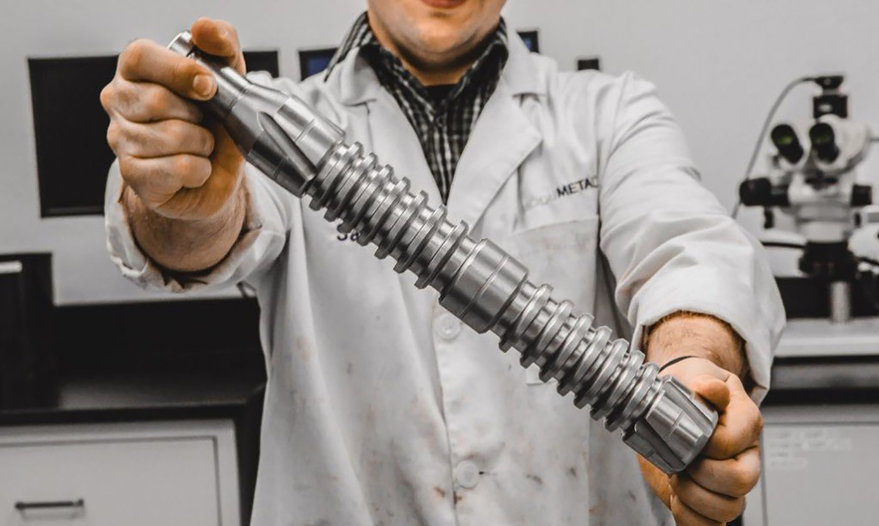 Modumetal has been producing corrosion-resistant pumps and valves for the oil and gas industries, and has also successfully tested a thermal barrier coating system for alloys designed for the high-temperature demands of propulsion systems and turbines. They've also developed an iron-based alloy that exceeds steel "in strength, impact toughness and hardness, and yet [is] cost competitive with comparable high-performance steels." They also produce more conventional hardware that you or I would recognize and could spec' for a project: Hex nuts, screws, threaded rods, tubulars, washers.

Beyond hardware, what are the implications for designers? Lomasney kicks off this video with some examples, then shows you a bit of their process, touches on Samurai swords, shows you how Modumetal stacks up against conventional metals and more:

Of course, as we industrial designers well know, having a novel process doesn't really become revolutionary until you are able to scale it up. Modumetal can. Here they discuss their potential to revolutionize manufacturing where metals are concerned:

If we, as a country, could focus on how to educate, support and enable more people like Lomasney--a fourth-generation nuclear scientist, for chrissakes--and spend less time squabbling about tariffs, I think we'd all be better off.