A/D/O's Water Futures: A Safe Space for Scientists and Designers to Address Our Water Crisis, Together

This past Wednesday night kicked off Water Futures, a first-of-its-kind research program hosted by A/D/O in collaboration with Jane Withers. The year long program of events and workshops will focus on water in the urban environment, from the tensions around how we manage water in large cities to the push to ban plastic bottles. Water Futures aims to get designers involved with a topic typically thought of from a purely scientific point of view. To accomplish this right off the bat, A/D/O pulled an even mixture of acclaimed scientists and designers to have an open, honest discussion on where the future of water consumption and management is headed. 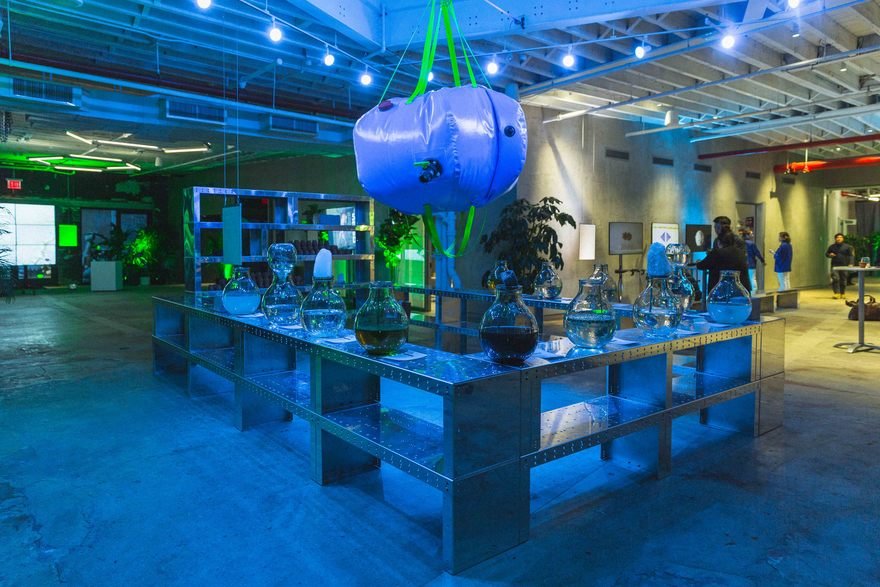 After inspiring opening remarks by Withers and A/D/O's Alyse Archer-Coité, the series of presentations began with a keynote from Columbia University Water Center's Dr. Upmanu Lall. Dr. Lall emphasized the harsh reality that the US has plenty of water problems to deal with, and it's not just third world countries we need to focus on. While his stats and graphs were highly depressing, Dr. Lall managed to uplift the audience with closing remarks on how he believes design can play an unexpected role in addressing the water crisis. 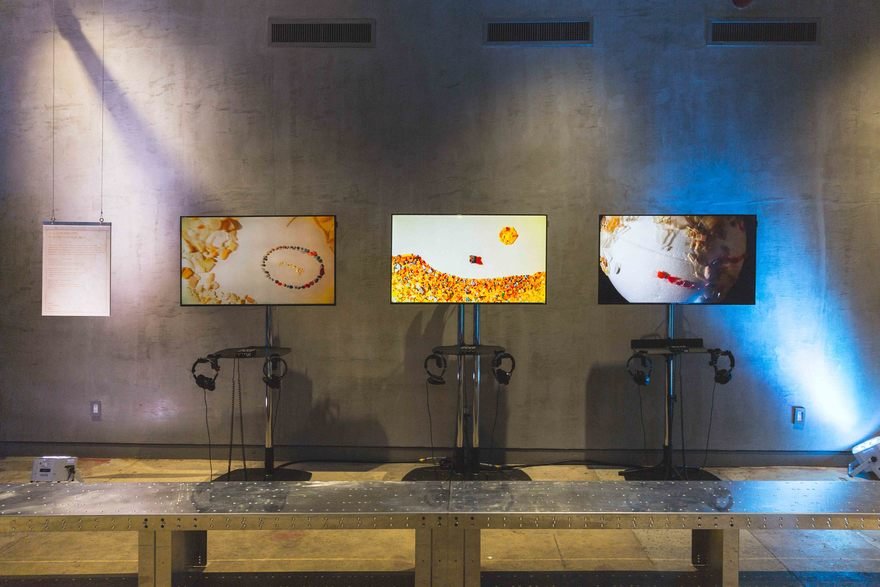 From Lall's point-of-view, water infrastructures, specifically in cities, are built to break, which leads to large scale problems designers often can't tackle on their own. However, he feels there's an opportunity for designers to attack the system at a more targeted scale to inspire communities and individuals to take action. Hearing these words directly from a scientist with little design experience was quite inspiring and set the tone for the rest of the evening. 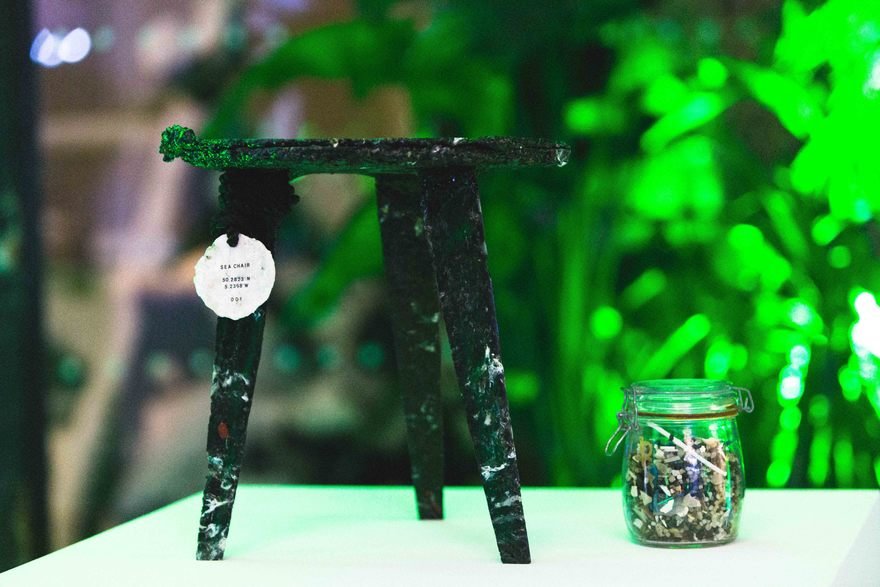 Following Dr. Lall was Azusa Murakami and Alexander Groves of Studio Swine, a design duo whose works have been shown everywhere from Salone del Mobile to the 2016 Core77 Conference! Murakami and Groves took the opportunity to discuss their fascinating recent project where they harvested ocean plastic, created an open source stove design to melt the material down and then molded the material into fisherman's stools and other design objects. The designers embraced that this project doesn't intend to target the whole population at once but instead focuses on educating a smaller community on how to reuse an abundant material that has no business invading our waterways. 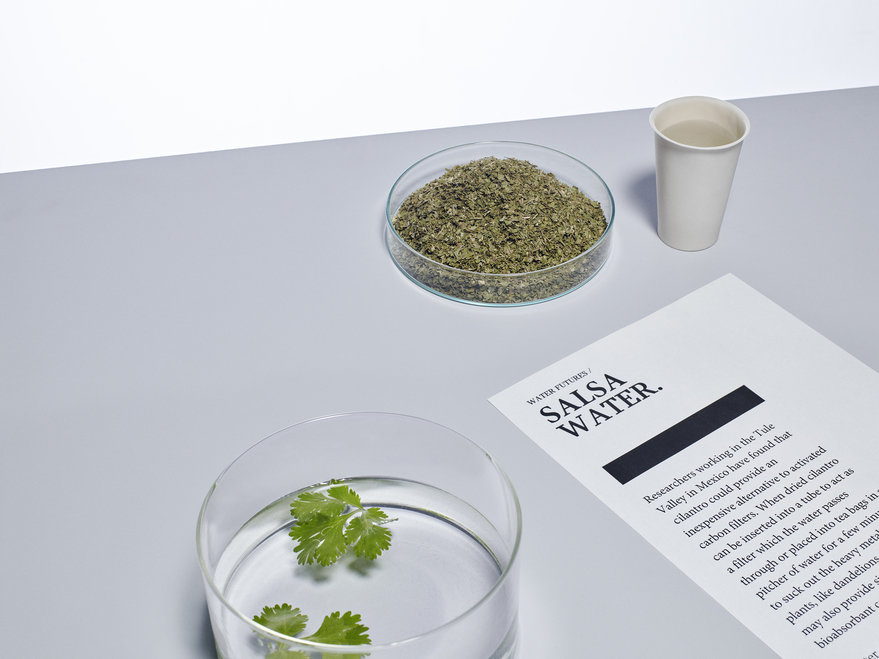 Willis Elkins of Newtown Creek Alliance and Emma Riley of Lonely Whale followed with brief presentations on their two very different companies. Newtown Creek Alliance focuses specifically on New York City's Newtown Creek, working to protect and revitalize the polluted waterway that divides Queens and Brooklyn. On the other end of the spectrum, Riley is attacking the water crisis from a marketing level, partnering with media and celebrities to raise awareness. During her presentation, Riley put emphasis on the importance of companies removing plastic from their brand strategies to stop encouraging useless waste to go viral—her key example being McDonalds' "The Straw" campaign.

The evening concluded with a panel moderated by marine biologist Dr. Ayana Elizabeth Johnson, featuring Riverkeeper's Paul Gallay, City as a Living Laboratory's Mary Miss and Design Indaba's Ravi Naidoo. Each panelist has a few minutes to explain their current work and how it related to the water crisis. We were particularly struck by Miss' Watermarks, a series of projects carried out in Milwaukee aimed to increase the city's water IQ at a large scale. Right now, Miss is transforming an iconic water tower to glow red after storms to encourage Milwaukee residents to conserve water and blue when it's safe to revert to normal habits. 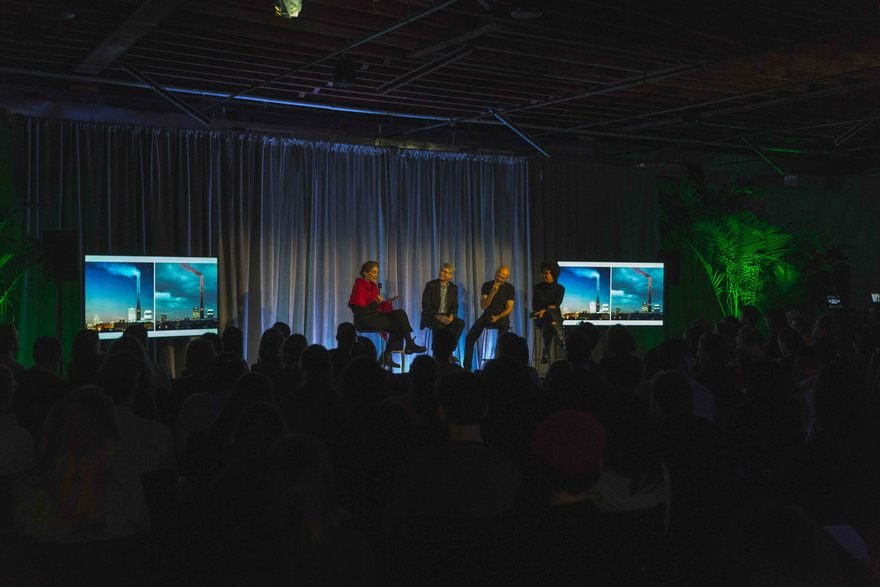 After the panel, the floor was open for questions. LinYee Yuan of Mold took to the mic to ask Naidoo about how he plans to integrate designed water solutions into Design Indaba. Naidoo took the opportunity to bring Studio Swine back on stage to announce that we can expect a Design Indaba x Studio Swine collaboration in the near future. The designers are currently working on a water filtration sculpture inspired by drinking fountains that have the dual function of high art and drinking water source—think the historic drinking fountains found in Italy. Refreshments of the alcoholic variety were served following the discussions, but I made a beeline back to the filtered water station. 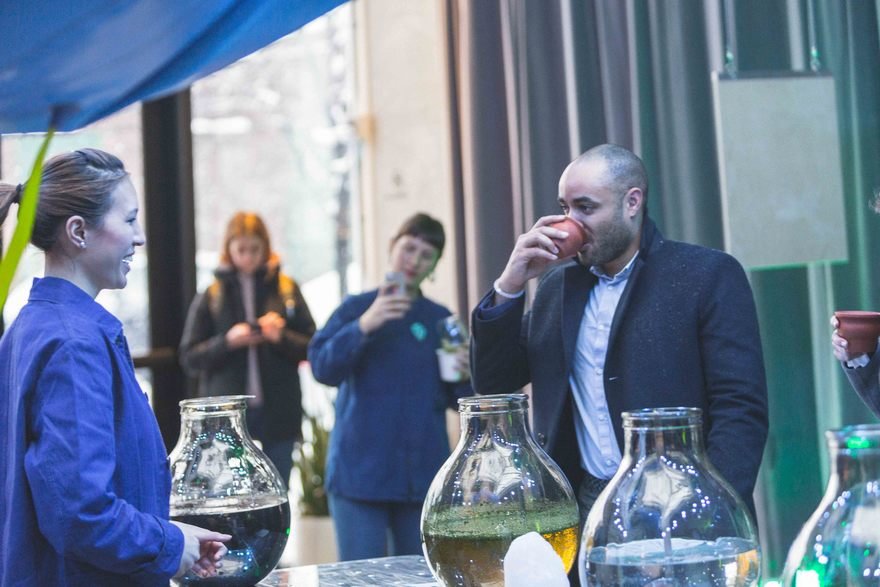 A/D/O's Water Futures: A Safe Space for Scientists and Designers to Address Our Water Crisis, Together