If your furniture could talk, what would it say about you?

When performing personal necessity-driven tasks like sleeping, eating and sitting, we often neglect to consider what the furniture we use during our most personal activities says about ourselves. The objects we choose to surround ourselves with speak miles about who we are as individuals, but that's easy to forget when we're trapped in our daily routines. But what if we looked at furniture as characters with personalities instead of strictly focusing on function? 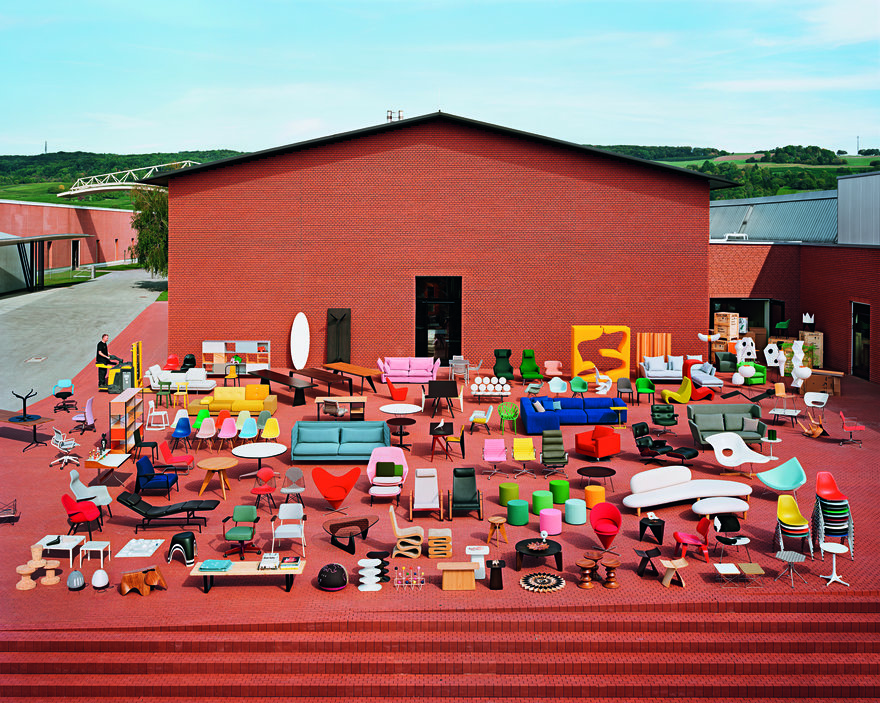 On that note, Vitra will present Typecasting. An Assembly of Iconic, Forgotten and New Vitra Characters at this year's Salone del Mobile. Curated and designed by Paris-based designer, Robert Stadler, the exhibition will showcase Vitra pieces from the archives in a new context: as characters typecast into different roles based on nine communities common to the human race. To get a better understanding of the structure and the ideas behind Typecasting, we chatted with Stadler about this vision when curating the exhibition:

Can you tell us a little more about Typecasting and what we can expect to see?

"It was important for me that this exhibition talks as much about us as it does about the furniture that is shown."

Concerning this transhistorical approach, the main community is called the Communals, which is all about communal living, co-working, co-living, et cetera. For this community in particular, there will be six new new communal sofas, including one of my own. It's interesting to see how many of the communities are relevant today but have been in existence already in, say, the 60's, in the hippie era, or maybe even in the 30's, in the reform era.

What was it like collaborating with Vitra for the first time? How did you go about selecting the pieces for the exhibition?

I actually had access to all the research products, including the archive and the collection of the Vitra Design Museum. It was very exciting to be able to see and to be able to choose between all those objects. What was also important to me for this exhibition was to have what I call a transhistorical approach, so to really show objects as much from the past as their contemporary production. Because I'm not presenting the furniture in the usual categories of furniture design, which would be seating or indoor, outdoor, office, working, home, et cetera, it was important for me to show that certain concepts or communities had already existed in the past, like with the Communals.


"Design is always an indicator or a seismograph of social changes. Sometimes it sets the tone, sometimes it's just reacting to it, but by presenting objects as characters with these nine communities, I tried to present a panorama of people's current attitudes." 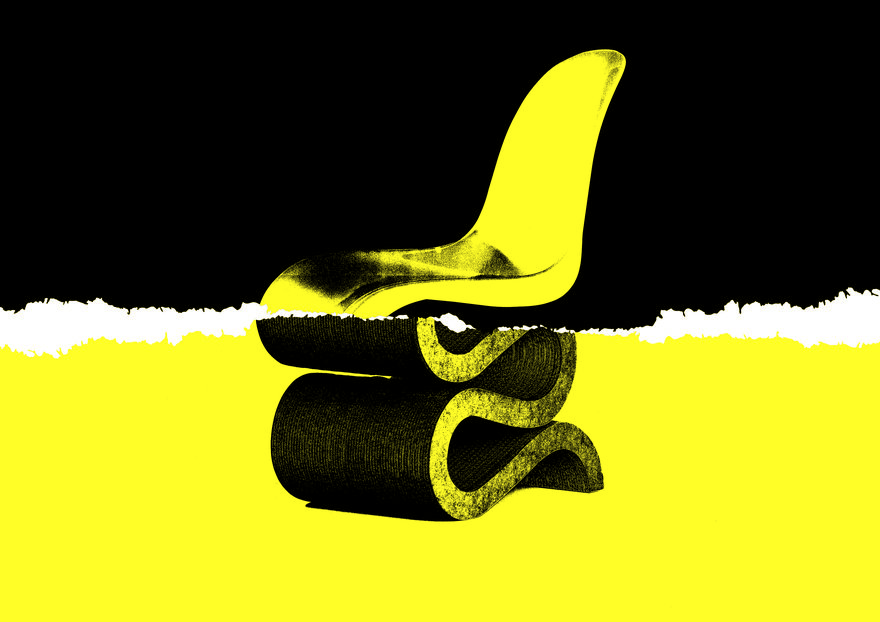 What was your main goal in having the social function of furniture be the central point of focus in Typecasting instead of keeping it more practical?

Design, just like fashion or other artistic disciplines, is always an indicator or a seismograph of social changes. Sometimes it sets the tone, sometimes it's just reacting to it, but by presenting objects as characters within these nine communities, I tried to present a panorama of people's current attitudes.

The communities are of course a subjective choice of mine. They're not a scientific truth, and they can also be accumulated—for example a person can be as much Spartan as they can be a Compulsive Organizer, which are two of the communities. By throwing the usual practical categories of design overboard, it becomes clear that this exhibition talks as much about us as it does about the furniture that is shown.

It was also important to me that this exhibition enables people to view the furniture from a different perspective than we're used to seeing it in. This is especially important because many of the pieces are well known, so we don't even really look at them anymore. Looking at the pieces from this perspective or grouping them as I did in Typecasting enables not only this, to see them from a different perspective, but also to create different relationships between them.


On that note, can you run us through the different communities you focus on?

All nine communities reflect what we do today when we want to be part of a particular community. So the nine different communities are the Communals, the Compulsive Organizers, and then we have the Slashers, which is a term used to describe people that are always accumulating different jobs and different activities—like a graphic designer, slash Uber driver, slash et cetera.

The objects I put in the Slashers group are series of objects that have the same form but that radically change materials. There's one emblematic work of Naoto Fukuzawa that talks about that. It's a series of nine different chairs with very simple form and very contrasting materials, each one of them. There's one that's made out of plexiglass, one out of wood, one out of felt, et cetera.

"Looking at the pieces from this perspective or grouping them as I did in Typecasting enables not only this, to see them from a different perspective, but also to create different relationships between them."

Then we have the Restless, and the idea behind the Restless is that on one hand, its groups of moving objects, so like office chairs and things like that, but it also includes objects that make us move. For example, there's an object called the Tool Stool, which is a stool made for an occasional way of sitting, so that we get up and don't sit too long like we would in a comfortable office chair.

The Athletes community is something that's kind of contemporary because we are very body conscious today. Athletes are the objects that are defined by a structural strength where it becomes an aesthetic feature. 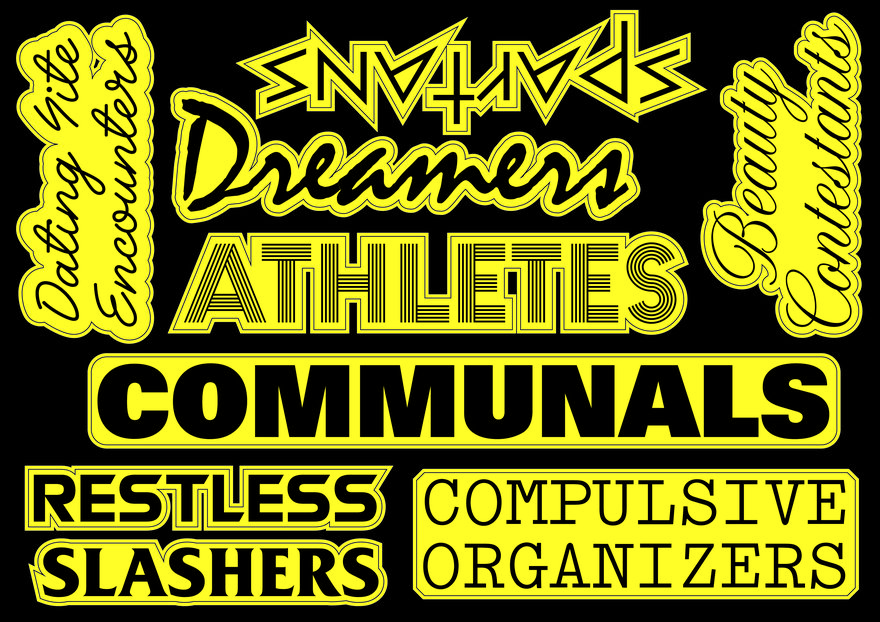 And then there are the Dating Site Enounters where I grouped all the objects by pairing them like two people. Sometimes it's a perfect match—some objects fit together because they have a similar shape, or they want to achieve a similar function. But sometimes it's a total clash, which is something that happens in real life as well. Then the Spartans are very minimal objects that act as a critique of over consumption.

"In a way, each group has contemporary relevance, but they also always say something about the past and how things inhabit our evolving."

And finally the Dreamers community has to do with escapism—escaping from this over-rational world. Those are objects that either have animals or animal motifs. They are not totally rational or totally pragmatic in their function. They sometimes use different, unusual materials for industrial production.

What's interesting about these communities as a group is that some of them have been around for forever, and some are much more modern. Was this your intention?

Well, as I said with the Communals, it's an old idea. In a way, we never really invent something new. It was interesting to show how those things existed already, almost always, but when they reappear in a different time it's always for a certain and also very different reason. They also look completely different because we have different technology and different materials than we did before.

I gave you the example of the Communals, but it's also true with the Compulsive Organizers. It's interesting in that sense because we had this furniture typology called a secretary—you know, those desks where you can put stuff inside. But today a lot of our stuff is virtual, and a lot of these organizing devices are replaced by an iPhone since we organize our stuff in a computer or cellphone. In a way, each group has contemporary relevance, but they also always say something about the past and how things inhabit our evolving.

What can we expect to experience with 'The Communal Sofa' aspect of the exhibition?

Vitra asked five designers to produce a communal sofa, and six new prototypes or studies will be shown within the Typecasting exhibition, specifically within the Communals group.


You created one of them, right?

Yes, one of them is mine. Mine is called 'Hybrid,' and what I tried to do is combine an individual way of sitting, almost the classical way of sitting, with a communal way of sitting. What I always find difficult with other landscape or communal sofa concepts is that you can only use it in that way, and you have to take your shoes off.

What I tried to do is make it so that within one same piece of furniture, you can have a solo way of sitting and working, but when you swivel the backrest inwards, you have the option of a more communal way of sitting. They recline, so you can sit together, and take off your shoes and be in a more communal situation. I tried to combine both into one piece of furniture. 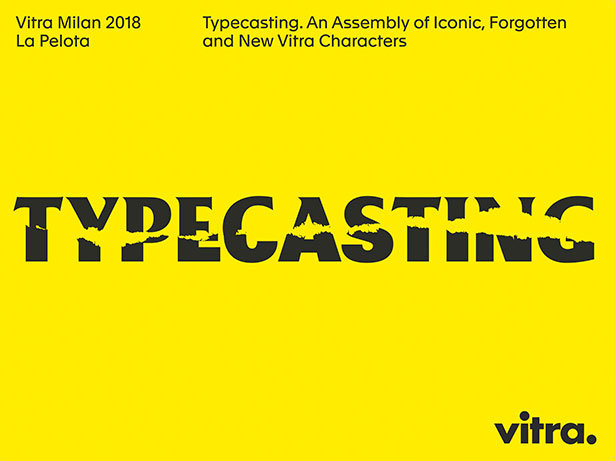 Typecasting will be on view at Salone del Mobile from April 17 to April 22 at La Pelota.