Here's Our Idea for How an Omnidirectional Treadmill Would Work

I don't want to say that we're brilliant. So you say it

One of the hurdles that virtual reality designers face, in trying to bring their Ready Player One immersive worlds to fruition, isn't virtual; it's physical. It's to do with the fact that VR headsets currently require a physical tether, and that the wearer cannot stray far from that tether. Even if the tether eventually disappears, there is the larger problem of mobility: How can someone walk around limitlessly in a virtual world, when in reality they're in an arcade?

The designers of Hologate, a VR shoot-'em-up game I played at the World's Fair Nano, solved this by placing you in a relatively small fortified position--imagine standing atop a circular castle battlement--while virtual enemies came in from all sides. You could physically circle and sidestep in real life within this limited space and it was convincing in the game. However, I can see it getting boring over time.

Another developer of a horror game in Japan tackled the mobility problem by placing the gameplayer in an actual wheelchair. Within the game, your character is correspondingly confined to one that is motorized, providing the illusion of rolling around within this world while not actually moving in real life. Clever, but still a band-aid.

The answer would be to create an omnidirectional treadmill. A company called Infinadeck is working on one, and their approach is interesting: 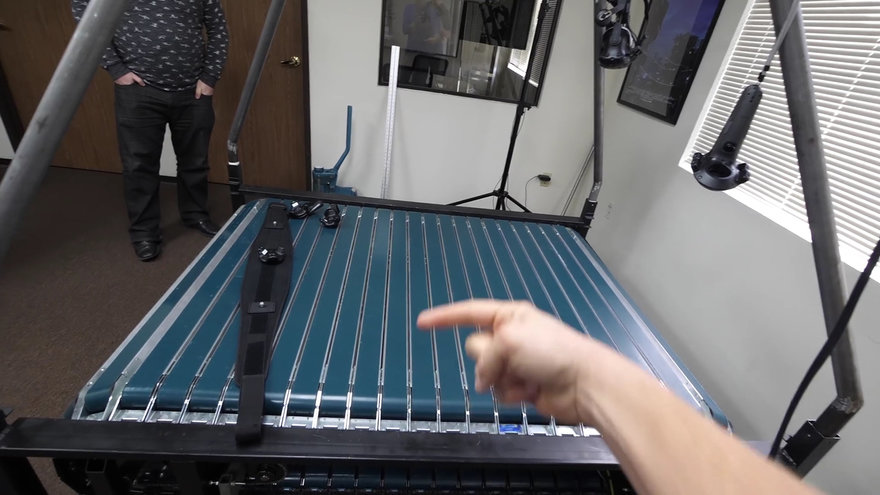 Howevery, you can undoubtedly see the problems. The two-axis approach they have taken, and a series of motion-sensing challenges, provide significant obstacles to perfecting their device.

I believe I have a better idea.

Each of those spheres are captured within a housing and can rotate. 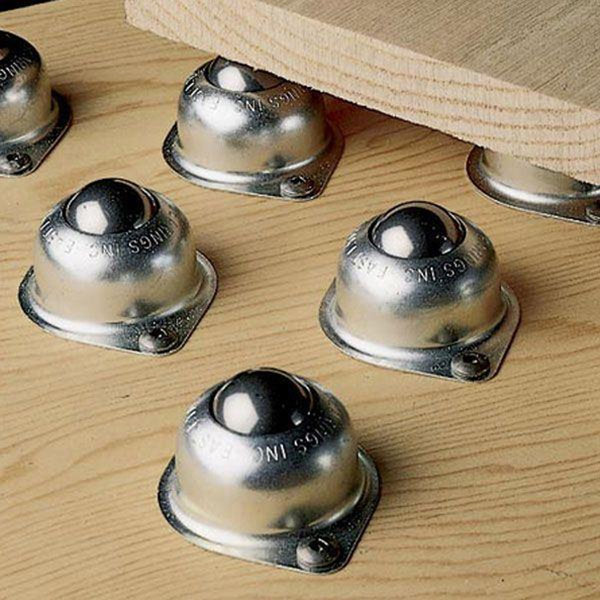 Imagine covering a surface with them. 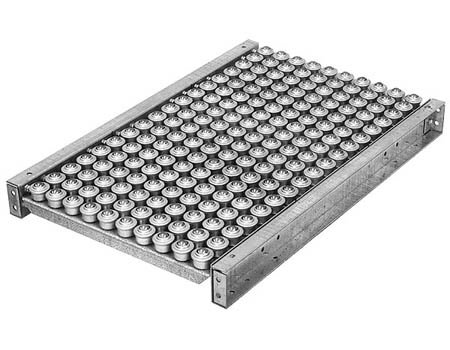 You'd have to experiment with the diameter of the spheres, their spacing and certainly their coating (something rubbery, I imagine?) but it's not a stretch to imagine them all being individually motorized.

As you took a step and placed your foot down, sensors could deduce which direction you meant to travel in and the motors would instantly activate all of the immediately local rollers, sending your foot backwards, as if moving it down a conveyor belt, while your stride carried you forwards.

You would remain in place but feel like you were walking, and could conceivably do it in every direction.

Now if one of you could put in the hard work to actually make this happen, then credit me, that'd be great. We should probably work out some kind of royalty thing too.

Here's Our Idea for How an Omnidirectional Treadmill Would Work