Drilling into sheetrock or concrete produces a lot of fine dust. Most of us drilling a single hole to add an anchor will clean up with a dustbuster and call it a day. But for a professional tradesperson drilling dozens or hundreds of holes in a client's space, the dust produced would be unacceptable.

To capture this dust at the point of creation, Festool offers a Drill Dust Collection Nozzle: 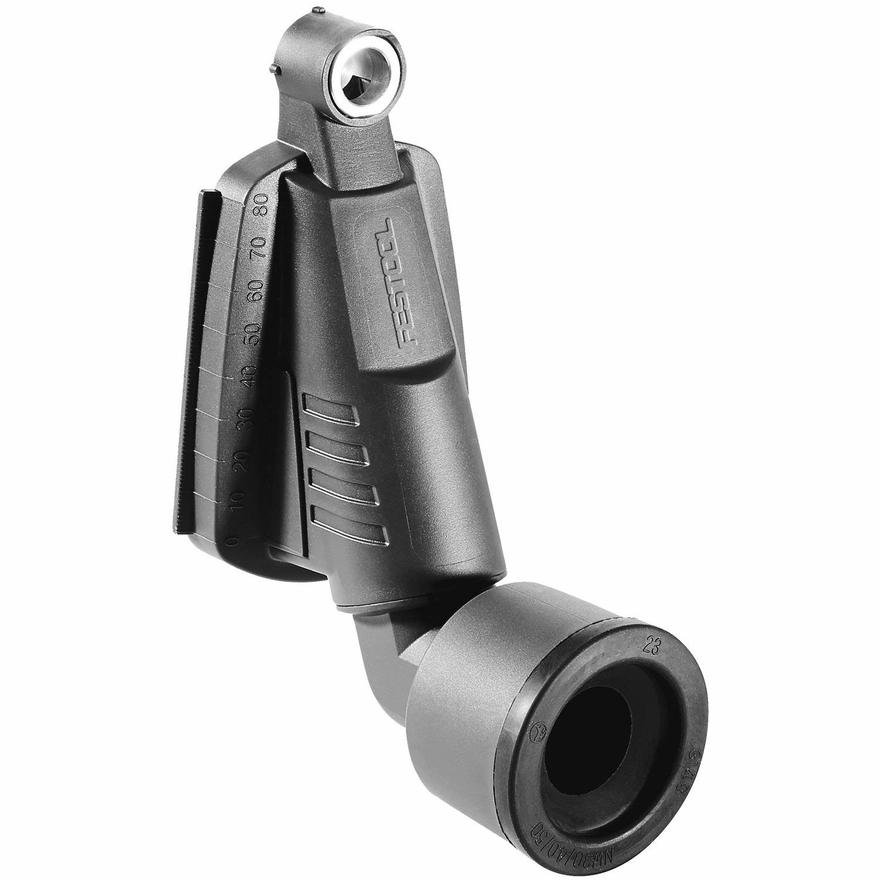 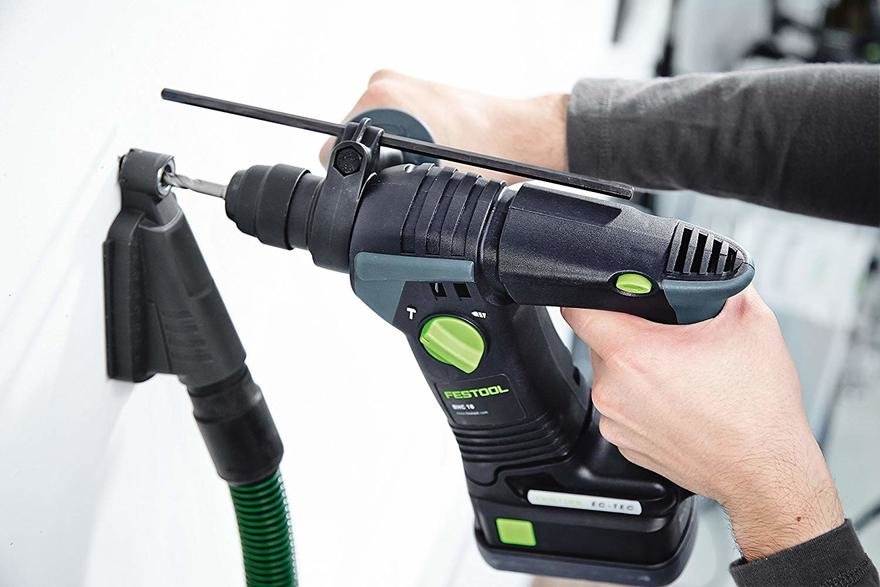 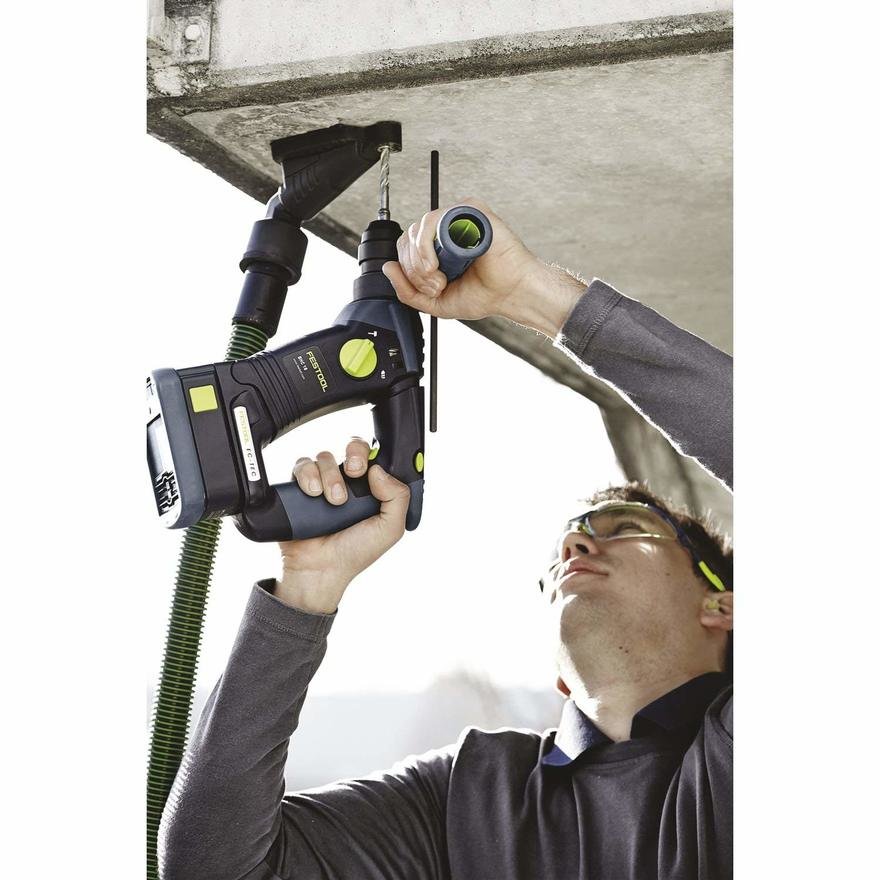 For overhead applications, no more dust in the face

This clever device exploits the suction power of a vacuum to not only extract all of the dust produced, but to hold itself in place as well, allowing you to keep both hands on your hammer drill:

Milwaukee and Bosch have similar products that run $50 and $60, respectively. Festool's is uncharacteristically cheaper at $23, and I just ordered one. Partially out of curiosity and partially because I've got some concrete drilling in my future; the house I'm now living in has thick, energy-efficient concrete walls. I'll report back on whether or not the device is effective and was worth the money.

By the bye, I'm also looking into picking up a corded hammer drill, and Bosch's 8-amp 11255VSR Bulldog is looking good to me, for both price and reviews. If any of you have any reliable hammer drill recommendations, I'm all ears (as long as it's corded; I can't afford the cordless ones).)