Leica takes a bold step into the world of mobile experiences, launching a new camera companion app that is every bit as considered as their iconic hardware

As your typical designer type who occasionally likes to dabble in a bit of photography, it's always surprised and, frankly frustrated me just how poor the connectivity experiences of leading camera brands can be. Stumping up the cash for a high-end DSLR, you'd expect that these kinds of smart features would be meticulously thought through. All too often though, the simple act of getting your photos from your camera to your various devices can be clunky, convoluted and unreliable, performed with about as much UI style and sophistication as a late-90s PalmPilot. Simply sharing a shot on Instagram can turn into quite a mission. More often than not, the micro-usb to usb cable to a laptop seems like the simplest option, despite being painfully inconvenient when on the move, and requiring an extra step to get the files on to a mobile device.

I must say I breathed a small sigh of relief when Leica recently announced the release of a new camera companion app that is sure to raise the game of the industry. Launching alongside the fantastically bold new screen-less M10D (an analogue-inspired digital camera intended to allow photography purists to focus on the shooting) the Leica FOTOS app is heralded as a means to allow users to work seamlessly between camera and phone—offering full photo reviewing, as well as the ability to download either JPG or raw DNG data straight to a smartphone.

A simple app might not typically be much interest to an ID audience, but in this case, we couldn't help but appreciate the charm of a digital design that pays homage to the Leica's distinctive industrial design heritage. For all the recent debate around 'physical-digital experiences'—few Medium articles, conference panels or agency sales pitches are complete without at least one mention of the topic these days—there are still precious few examples of this being done well. It struck us as something quite rare to behold—such consistency of design philosophy and attention to detail across both object and screen. 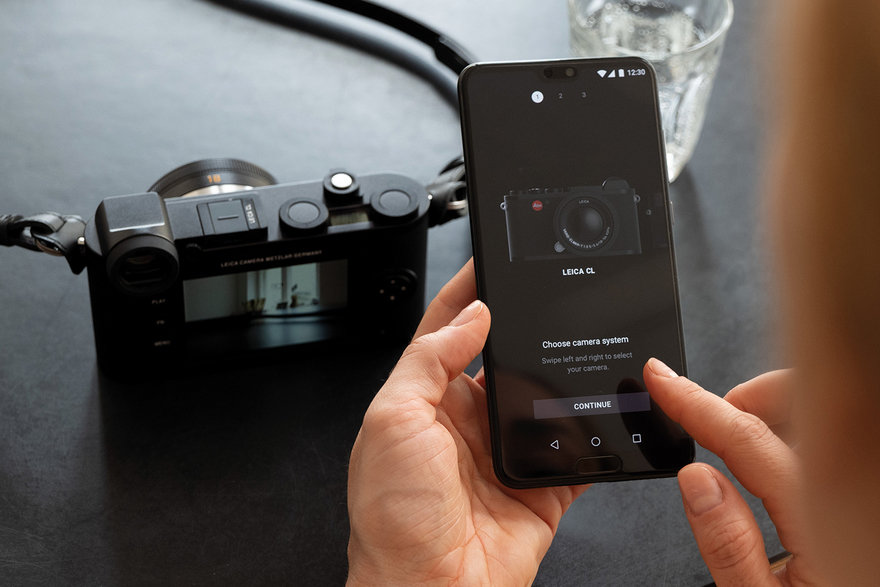 One app to rule them all—the new app consolidates the mobile experiences of Leica's 9 digital camera systems. Users start connection by selecting their model from the visual menu of the cameras rendered in all their glory. Nice touch. 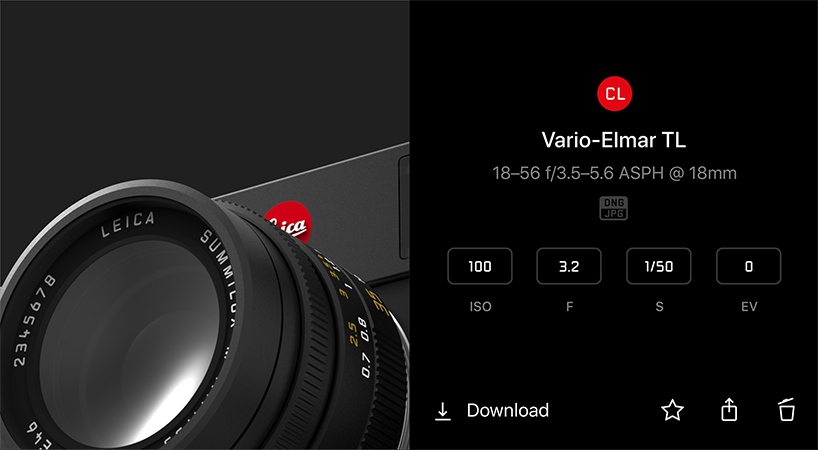 The restrained design styling uses red accents as sparingly and decidedly as on the cameras themselves. 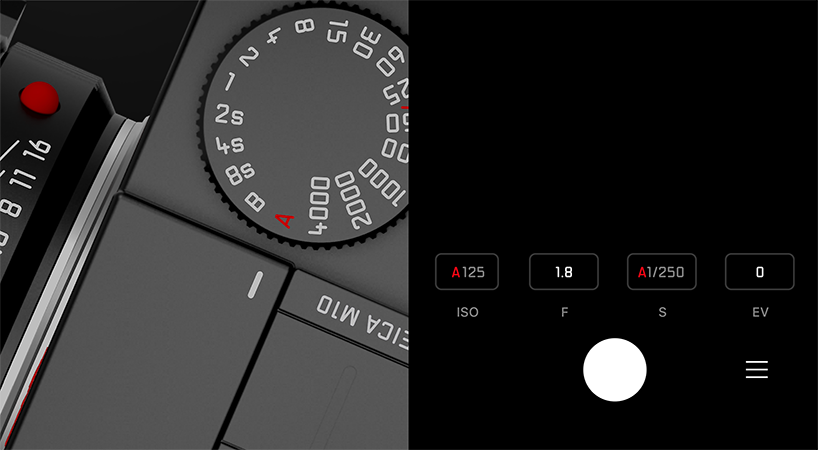 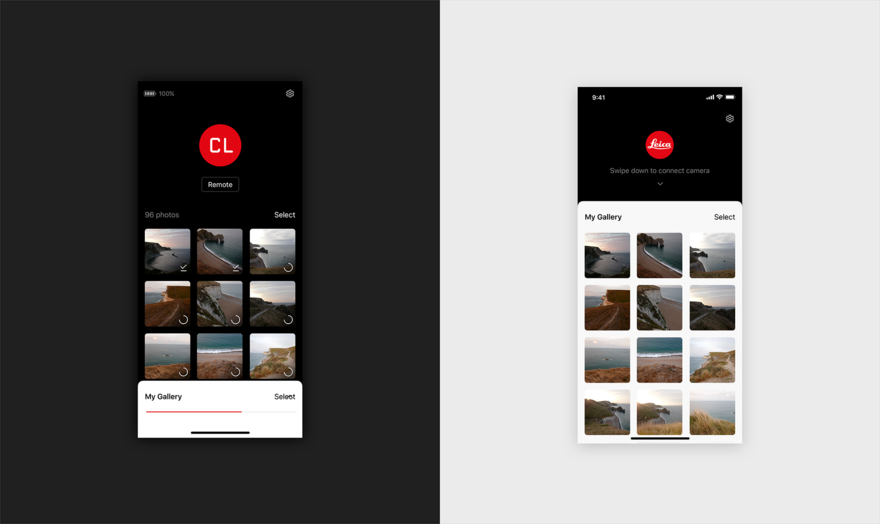 The monochrome theme apparently pays homage to black and white photography but also acts as a clever UX/UI design device—the black background indicates when you're working with what is on the camera (e.g. selecting photos to download) and the white indicates when you're in mobile device land 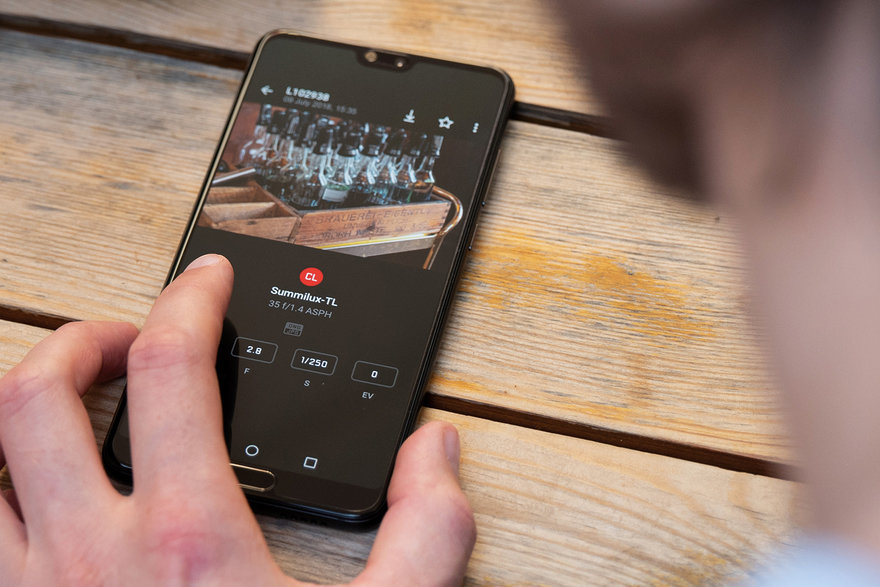 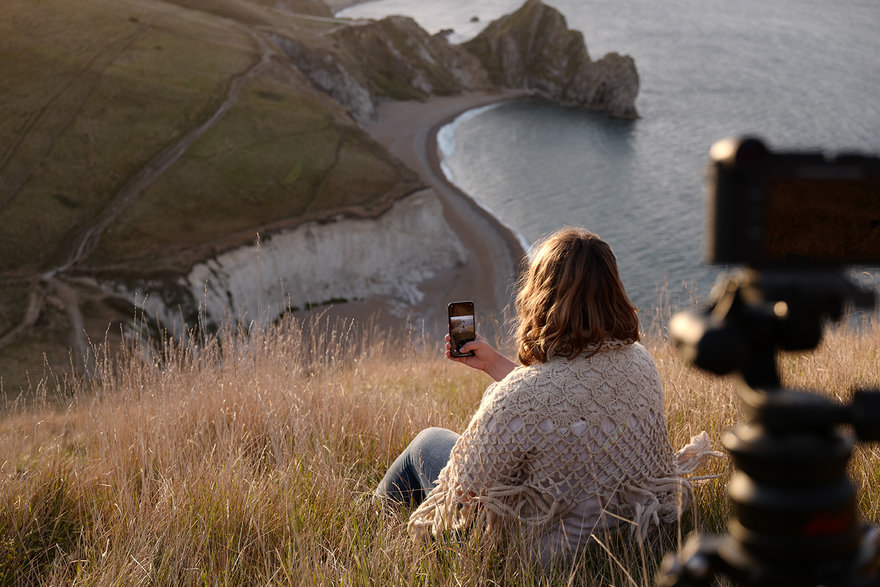 Unlike some other big camera brands, Leica has managed to evolve pretty gracefully into the digital age. Part of the brand's ongoing success seems to stem from an admirable determination to remain true to its design and photographic heritage and philosophy—their flagship digital models every bit as designed for purity, exquisitely crafted and satisfyingly tactile as any of their analogue predecessors.

Speaking to Nico Köhler, Product Manager at Leica, we learned that the FOTOS app represents something of a shift for the German manufacturer's camera business—a move from thinking simply about engineering great products to providing great experiences (a refrain that is increasingly common amongst product manufacturers these days). Historically very much a hardware company at heart, Leica enlisted the help of London-based design studio Little Voice to guide them through the year-long process of creating this new app. Speaking to co-founders Vlad Khokhlov and Dmytro Izotov, we heard more about the design story behind the app. The pair—knowing a few things about 'digital-physical' design, having been around the block a few times in long careers at the likes of Sony, Nokia, Microsoft and Skype before setting up shop in 2017—expressed how crucial it was for the app project team, as well as the wider company as a whole, to rediscover their design principles and reinterpret them for the age of connected experiences. The understated simplicity of the result with it's subtle references to the design language of the brand's cameras is, they suggest, a digital interpretation of the company's commitment to 'Das Wesentliche' ('the Essentials'). 'We were determined to reach the same level of craftsmanship that traditionally goes into all Leica products' the duo told us. Whilst for the brand's hardware this means a legendary, almost fanatical level of hand finishing, the digital expression, in this case, was many months of iteration and refinement of the app design and intense focus on the details.

If you've got a Leica and have tried out the FOTOS app, do let us know if the experience lives up to the promise of these press shots.