Pigzbe is the "piggy wallet" that gets the whole family up to speed on digital money.

"Most young children first encounter digital money in video games, where they can acquire coins to spend at will in the game environment," Filippo Yacob says. "There's no real accountability; there's no real learning. So they associate digital money with money that isn't real."

But Bitcoin, Ethereum, and other cryptocurrencies are quickly becoming some of the realest elements of 21st-century financial literacy. As an inventor and a dad, Yacob worries that parents—many of them confused about blockchain themselves—have very few resources to help teach their kids about these topics. 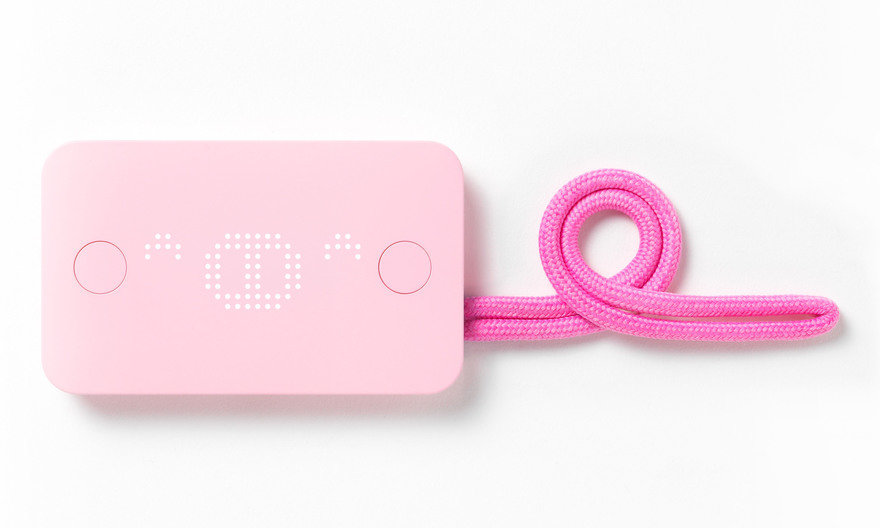 So his team at Primo Toys started working on Pigzbe, a "piggy wallet," and a dedicated cryptocurrency called Wollo that aim to familiarize families with the money of the future. The Pigzbe wallet—live on Kickstarter now—is a tactile toy that will let kids see, touch, and play games with digital-currency allowances and gifts from approved relatives and friends. Families can choose whether to keep the exchange in a walled test environment or convert the funds into actual, spendable money, by going through standard Know Your Customer and Anti-Money-Laundering checks.

The goal is to bring all the abstraction of cryptocurrency into real-world, everyday play. Yacob's background with Cubetto, a screen-free wooden robot that teaches kids to code, and his co-founder Jon Marshall's experience creating Kano, the computer "anyone can make," taught them that simplifying complicated subjects for kids really just comes down to putting them in practical, hands-on applications. 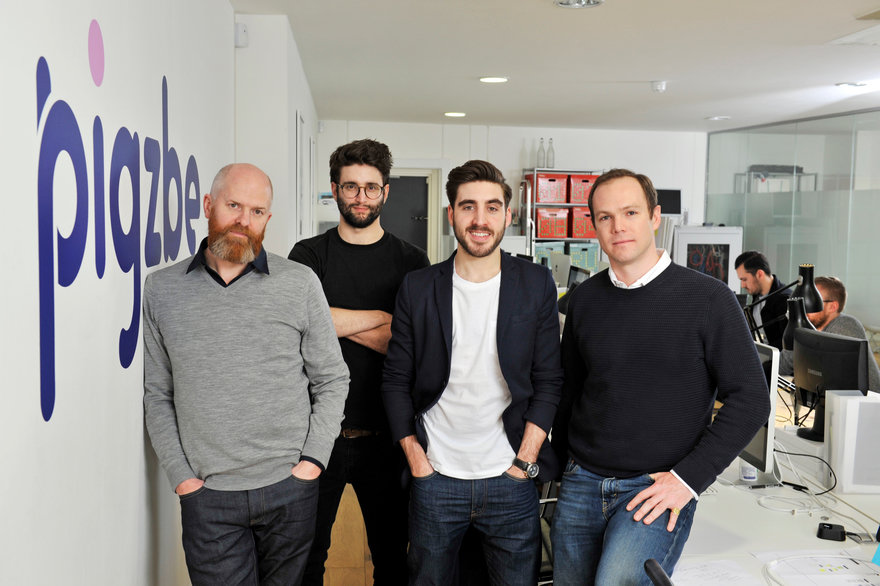 "Pigzbe is a physical home for something digital," Yacob says. "In the same way that you can touch, feel, pick up, and shake a piggy bank, you can have this lovely kinesthetic interaction with Pigzbe. What I learned doing Cubetto—and what John learned designing Kano—is that these physical objects become really powerful portals into these digital experiences."

"Children learn by doing, they learn by touching things."

Yacob thinks that educational tools that aim to explain every aspect of financial transactions miss the point. Pigzbe is designed to teach families the essentials of cryptocurrency without getting bogged down in the minute details. "We think that anybody can learn about managing money in the digital world. They just need very simple, fun, and engaging tools that involve the whole family," he says. 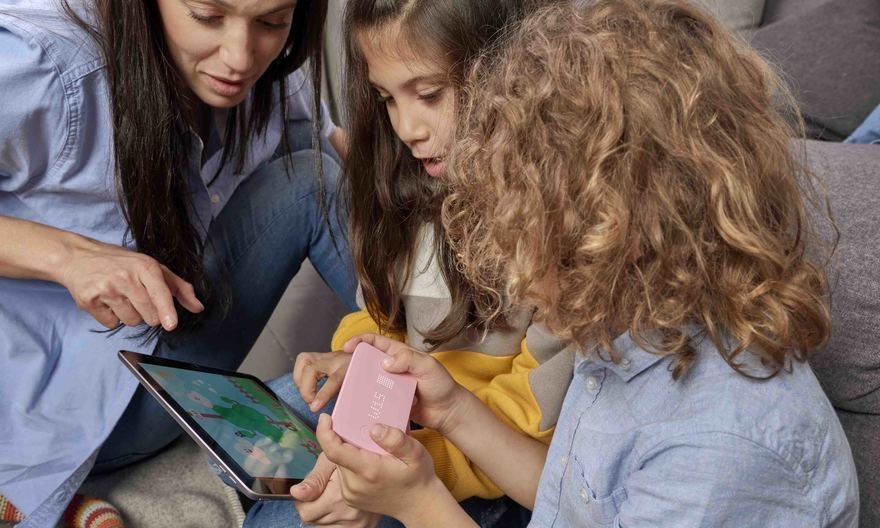 "Do you know how SMS works? No. You just know that you can send and receive messages. Do you know how your bank works? You don't. You just know that money comes in and out. We focus our message on the usefulness of a product, on how fun and how engaging the product can be. So we decided to focus on this interaction between family members around pocket money and allowances and what they can do with it."

He's seen the potential of this product firsthand, from watching how his own family interacts with money. "My son was talking to his grandad on Skype about how he had been pretty good that day—he's a little devil sometimes—and my dad was showing him a one-pence coin, saying, 'I'll come and give you this because you've been good. I'll give it to you next month.'

And, you know, every five-year-old has the attention span of a fly. So the lesson there was lost. He got excited for a reward that he never got. And the good behavior or the drive to be better got lost," says Yacob. 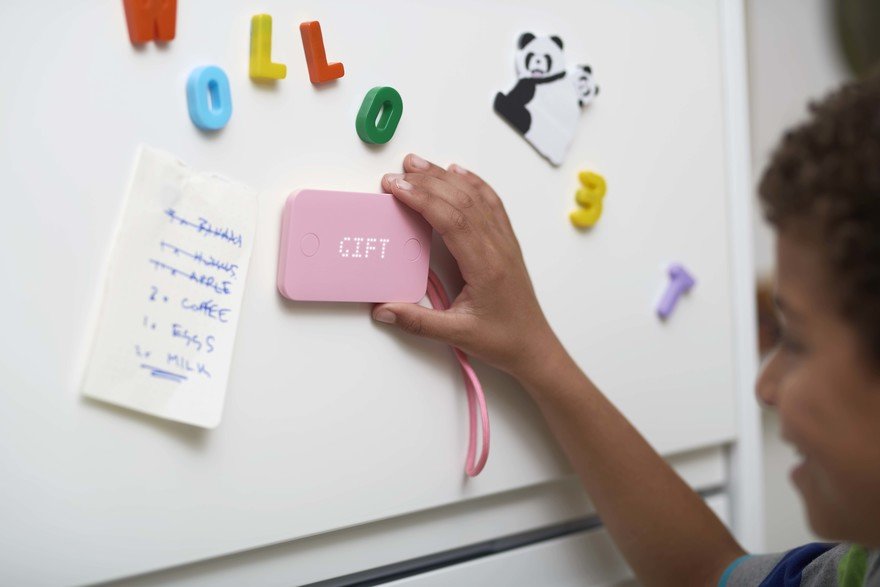 When he looked into what it would take to send small amounts of money across international borders in real time, he was frustrated by the limited options. "I do my banking on my phone; I pay in shops using Apple Pay. Money's already digital. Why can't my dad send my son a one-pence coin? That was when I realized the opportunity. All of the other digital money boxes out there are run by banks: they're expensive, they have fees, and they don't let you transfer small amounts across international borders. They don't allow us to connect in that way."

And digital currencies like Bitcoin and Ethereum, he found, are still slow, unreliable, and expensive. "We settled for creating our own token and a brand that's associated with family financing, something that is built specifically for the use case of 'piggy banking.'" 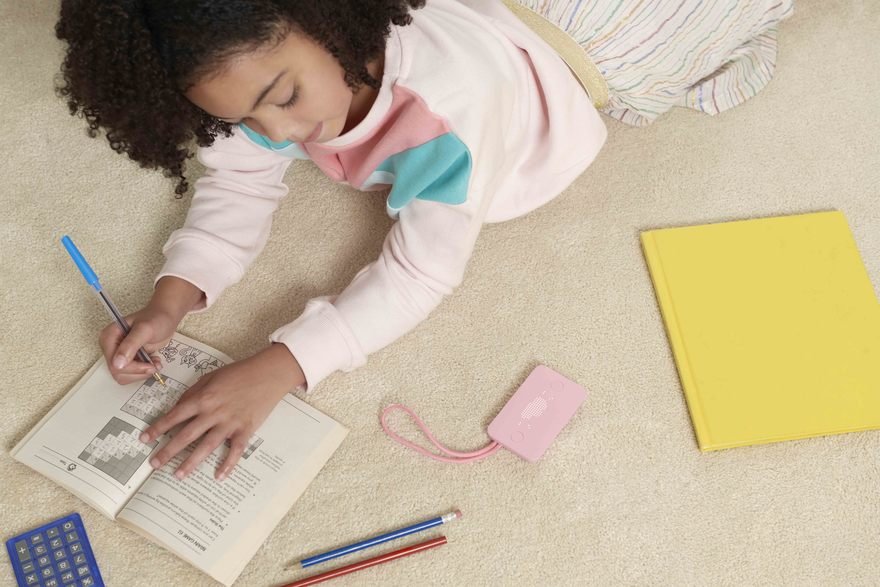 If you feel hesitant about turning your family into a microfinancing network, rest assured that the Primo Toys team has built certain safeguards into their platform. "You would never find yourself interacting in the Pigzbe app with anyone who you didn't specifically allow into your system," explains Yacob. It's a closed network until the family opts to use the Wollo card and start spending the digital currency out in the world—that's when the Know Your Customers and Anti-Money Laundering checks kick in. And Primo Toys has already started building interest in the Wollo currency through a successful ICO (initial coin offering) earlier this year.

Yacob recognizes that "when things are new, people don't understand them and are scared." But he sees Pigzbe as part of a healthy tide of products and services that will help people get more comfortable with blockchain-enabled currencies. "I think we're just going to see more real companies coming on, building really useful products with blockchain, and behaving with the same regulations as traditional companies.

"You can bring something out of the screen and give the digital world a new dimension," Yacob says. "That's the promise of IoT, that you can imbue life and connectivity and magic into the inanimate physical objects that surround us. You can turn anything into a magical surface. We love physical devices, especially for kids and for learning—and for adult kids as well. We don't really stop playing just because we've grown up."

Pigzbe is live on Kickstarter through January 25, 2019.