This Aetrex scanner is nifty, but I don't think it's more accurate than a Brannock Device

I've started splitting firewood by axe, so I need some steel-toe boots in case I pull an oopsie. I went to a nearby Red Wing Shoes, a company that insists on stocking Brannock Devices for their stores, according to the Wall Street Journal. "David Murphy, president of Red Wing Shoe Co…says the firm specifies authentic Brannocks when it opens new stores, and he doesn't mind paying over twice as much for them, 'because they last forever.'"

While the store did indeed have a Brannock Device--which I tried, and which confirmed my shoe size as 7.5--the saleswoman also asked me to try out this contraption: 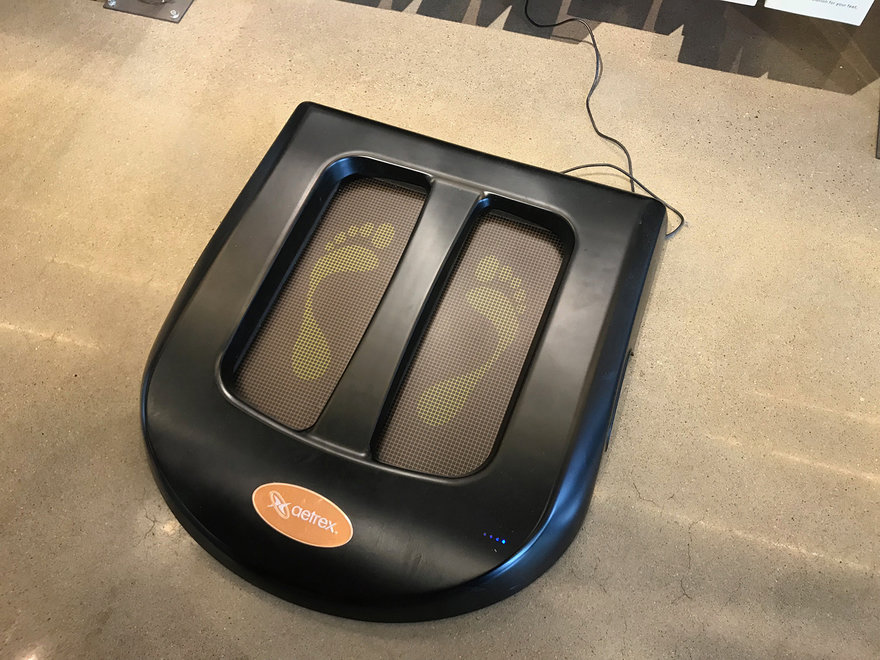 I stepped on it (in my socks) as instructed. After a second, a screen on the wall in front of it returned this data: 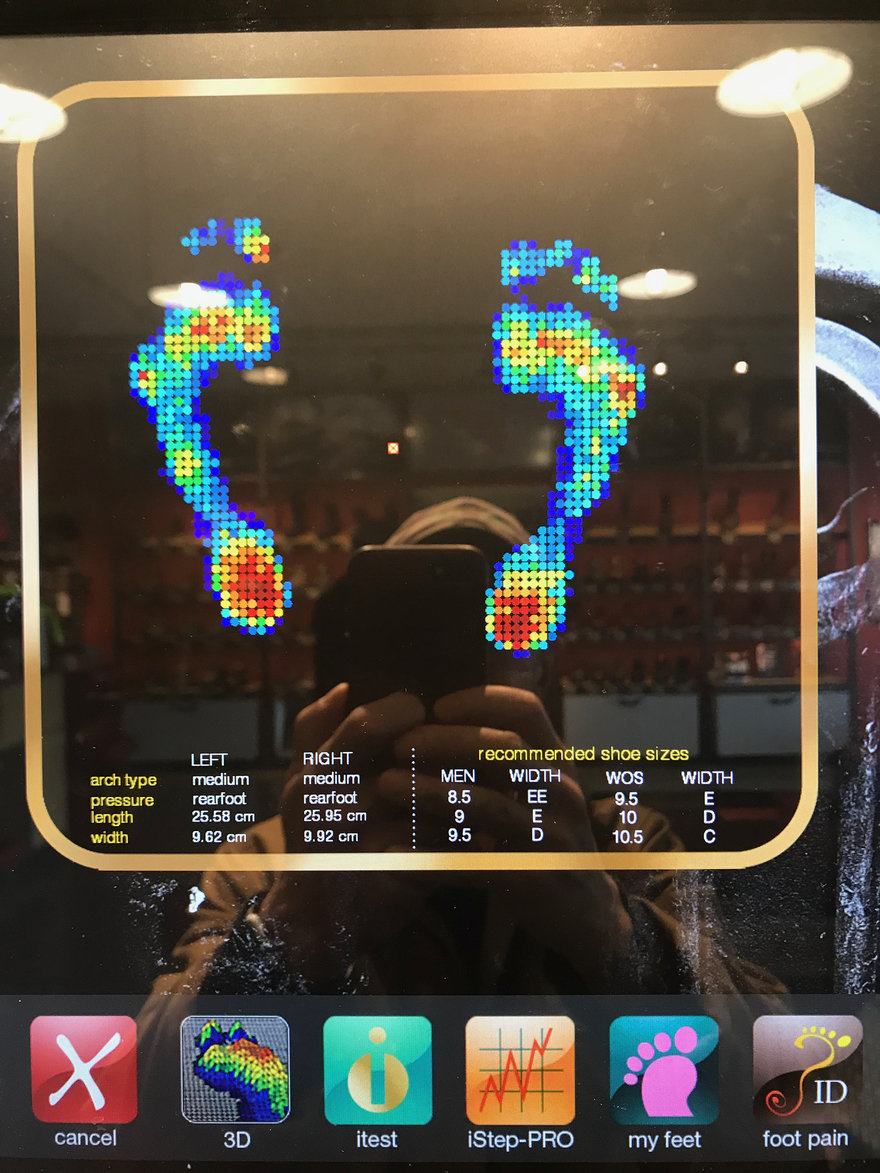 I was interested to see that, if this Aetrex machine is to be believed, my right foot is apparently larger than my left. Or maybe I was placing more weight on it.

In any case, I know for sure my shoe size is 7.5, but the machine recommended an 8.5 as the smallest option. So I tried some 8.5's…and they were all too big.

Given a choice of shoe-measuring devices, I prefer the Brannock to the newfangled Aetrex.

The store didn't stock any 7.5's, so I walked out empty-handed. In the end I went online and ordered this pair of Throttle Composite Toe Waterproof Work Boots from Caterpillar--who knew they made footwear, in addition to earth-moving machines?--that features "Nano Toe technology [that's] 40% lighter than a steel toe but doesn't compromise on the impact and compression protection."

Once they arrive and I've had a chance to test them out, I'll report back on whether they're any good.