If the Trump administration does not take the time to understand manufacturing complexities, the trade war won't be "easy to win"

If you're an industrial designer working with a U.S.-based manufacturer of injection-molded objects, you've perhaps encountered a bit of chaos lately in your manufacturing process. Here's why. 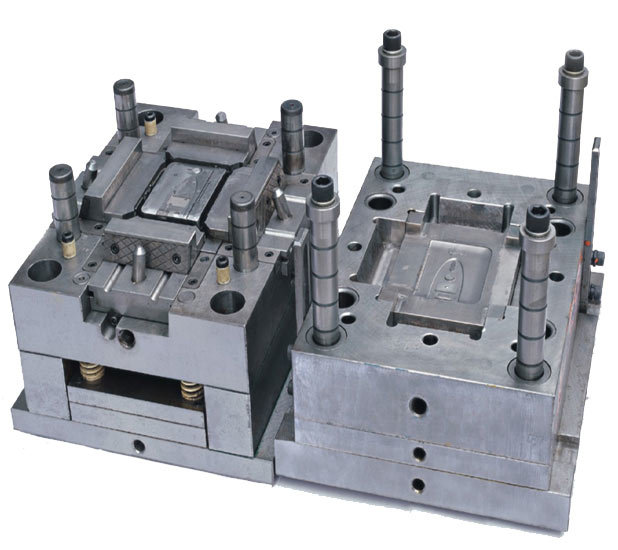 First off, every industrial designer knows that getting products made can be extraordinarily complicated. Even objects putatively manufactured in the U.S. may be assembled from parts made elsewhere. This is also true of production lines themselves, which may have American factories ejecting parts from injection molds…made in China. Understanding these complexities is, obviously, the first step towards managing them.

There's no doubt that the U.S. runs a trade imbalance with China, and that it is in America's best interests to rectify that. But to accomplish that requires a careful analysis of how things are made, and a structured plan to protect American workers with minimal disruption. That's not possible if you have policymakers who won't read even basic briefings because they prefer to go with their guts.

President Trump famously said that trade wars are "easy to win." He holds that belief because he doesn't understand the complexities of manufacturing. And the result of his oversimplified views has been uncertainty and chaos for manufacturers. What's currently going on with injection molds is a prime example.

In July, the Trump administration imposed a $34 billion round of tariffs on Chinese-made goods. This included Chinese-made injection molds. Sounds good, right? After all, there are U.S.-based manufacturers of injection molds, and they are getting trounced by Chinese moldmakers, who are currently far faster. "U.S. tool shops typically take 18-20 weeks for each tool build," custom injection molder Sajar Plastics wrote to the U.S. Trade Representative, as reported in Plastics News. "Many of the tools we currently have in China are ready to ship within the next four weeks and be in production in the next 10 weeks."

So if we were to slap a 25% tariff on Chinese-made molds, U.S. moldmakers will thrive. U.S. workers win! Easy, right?

Well, not really. The problem is that a lot of U.S. manufacturers--particularly in the auto industry--use Chinese-made injection molds in their American factories, for precisely the reason quoted by Sajar Plastics above. That's why, following the July tariff announcement, the USTR received "a flood of more than 200 requests from plastic injection molding companies, many in the automotive supply chain, to exempt their specific mold imports."

As a result, last week the Trump administration abruptly put a hold on duties for Chinese-made injection molds.

And now U.S.-based moldmakers are unhappy. In July they thought they would be protected, and just six months later, learned they will not be.

It seems like a damned-if-you-do, damned-if-you-don't situation. How is it possible to please both parties? How can the U.S. government correct the trade imbalance and protect the maximum amount of U.S. jobs with the least disruption? What could the Trump administration have done differently?

What's needed here is smart leadership making carefully-planned decisions. We need intelligent people who can study a fiendishly complicated problem, and who will communicate with the relevant industries to learn about the potential repercussions in each direction. They must then craft a well-considered and multifaceted plan--helping American moldmakers boost capacity, for instance, while compensating U.S. manufacturers who rely on Chinese molds--and see to its execution.

The trade war, now begun, cannot be swiftly wound down. The genie is out of the bottle. And it's possible that the U.S. can "win" it. But it won't be easy unless the powers-that-be are in command of the relevant facts first.