We've got a new game for game night, and it's likely not at all what you're expecting— introducing The Period Game. This Kickstarter campaign (which recently ended, but now features a link for pre-order) aims to revolutionize how teach children about periods, turning a topic that is uncomfortable for many into an interactive game that makes learning about periods approachable. The game is based on the menstrual cycle and includes all of the challenges that young women may go through as they learn about their periods and how their bodies will react.

The board has four different spaces, each representing a different week in the roughly four weeks in the menstrual cycle, and includes an assortment of the symptoms associated with phases of the cycle.

Yes, the centerpiece of this game board is meant to represent the female reproductive system and yes, we think it's great. To move forward in the game, you'll twist one of the ovaries and a colored marble is released which indicates your next move. Got a red marble? You've got your period. Clear? Move forward one space and play a card. Purple? You leaked, go to the nurse's office and miss your turn. 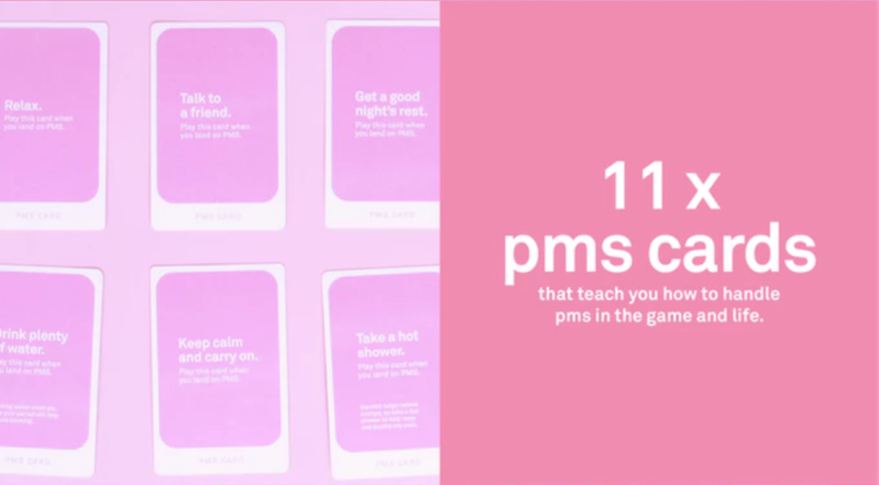 A variety of cards will teach you about the different forms of leak protection and what PMS might be and how to deal with the symptoms.

Learning about reproductive health may be uncomfortable at times, but it is a crucial step in normalizing the body's biological processes and realizing it isn't the end of the world if you do leak during your period. Another thoughtful way this game is breaking stigmas is that it isn't just for women! The Period Game is designed to be an educational tool for all to normalize periods and the challenges that women face every cycle.

The Period Game Kickstarter campaign ended above their goal at $39, 412, now making it available for pre-order to be delivered by early next year.