Here's a hard truth: humans have been responsible for virtually irreparable cultural and environmental damage for centuries, in part thanks to the dawn of the Industrial Revolution. Given this fact, it would make sense that designers have and still do carry a special power when it comes to shaping societal practices for future generations (for better or worse). With conversations popping up like the one in "Broken Nature", a new exhibition at the Triennale di Milano, you can sense the design world beginning to ask more frequently: have we done enough? 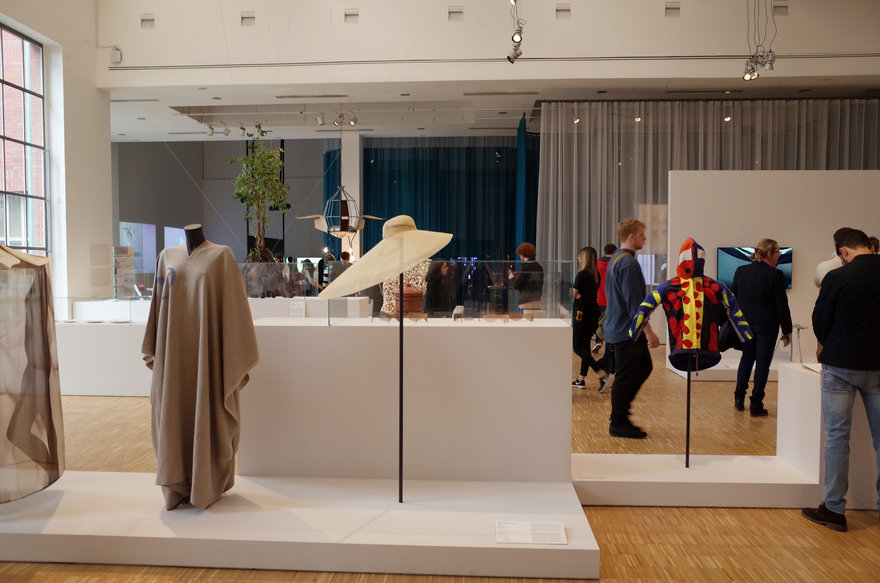 "Broken Nature", the highly anticipated Triennale Design Museum show curated by MoMA Senior Curator of Architecture & Design Paola Antonelli is currently serving as a wake up call that brings this often overlooked question to the forefront. The show consists of 120 projects in the realm of art, design and architecture, each one fitting under the envelope of "restorative design". 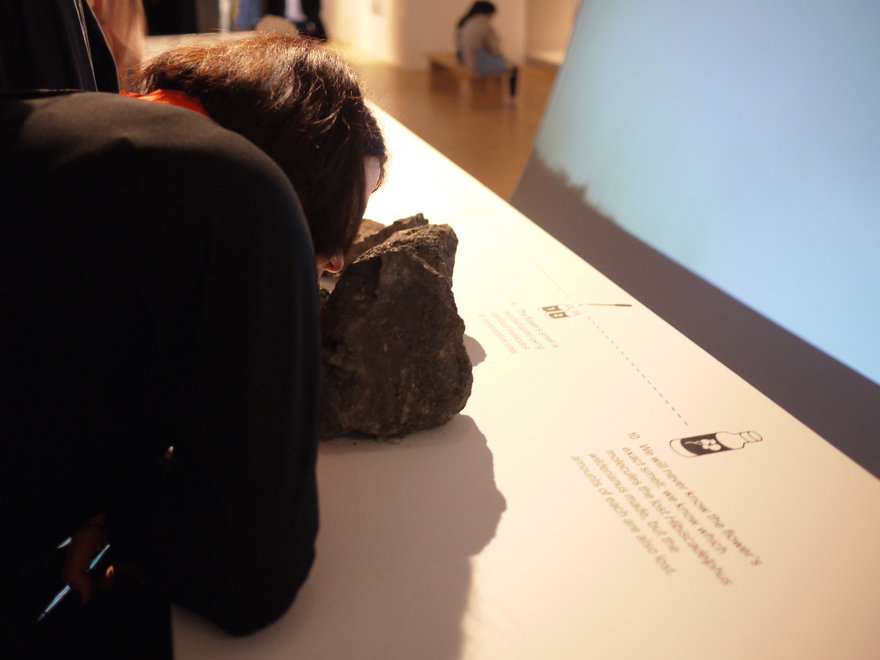 If you're feeling fuzzy about this concept of "restorative design", it could be because Antonelli purposely adopted it from the architecture lexicon to fit under the large umbrella of design. She reframes it as a concept that allows all designers to, as described within the exhibit, "make reparations for humans' unstable relationship with the environment" through their work. Antonelli takes the origin story of the restaurant as a perfect paradigm for restorative design. Born out of the 18th century in France, restaurants were originally seen as an establishment to find healthy but unappealing dining options. The restaurant has been repurposed over time as an arena to experiment with richer and more enjoyable foods and a space to enjoy with loved ones. "Broken Nature", much like this analogy, sees no reason for excluding pleasure and beauty from these examples of restorative design; it's how you invite people to the topic that makes a difference. 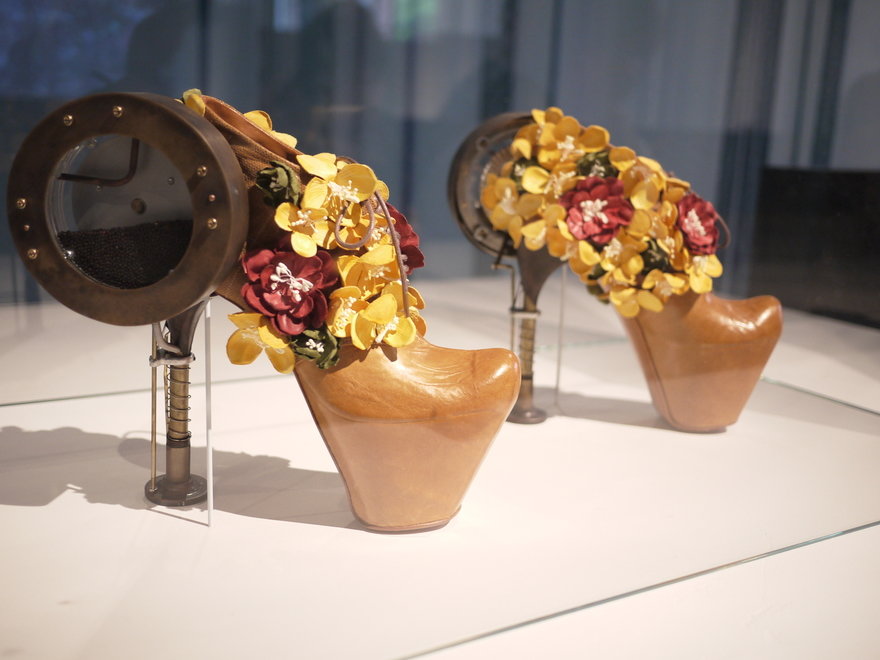 This ethos that progress doesn't have to sacrifice pleasure heartily applies to the curation of the show. Serious messages, by design, are often paired with a sense of awe. Sputniko!'s "Nanohana Heels" are a high heeled shoe concept that plants rapeseeds as one walks. As it turns out, rapeseed blossoms absorb radioactive substances from soil, and the seeds themselves can be used to make Canola oil, an important biodiesel. 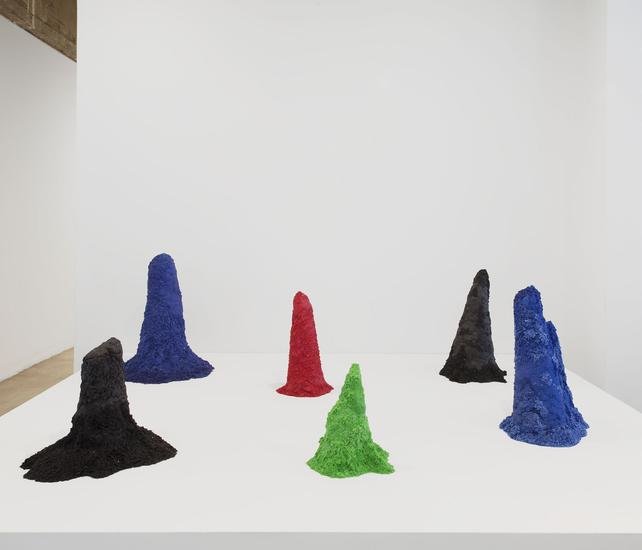 Beauty can also be used as a practical tool to highlight present (and potential future) injustices. Examples such as artist Agnieszka Kurant's "A.A.I" sculptures made from glitter, crystals, and sand are, at face value, shiny and fascinating forms. The structures were actually constructed by termites, insects known for their ability to create complex architectural structures. In fact, the piece acts as a metaphor for the current marketplace, which presents shiny objects that are often created using cheap, outsourced labor. "Resurrecting the Sublime" by Christina Agapakis, Alexandra Daisy Ginsberg, Sissel Tolaas, Gingko Bioworks and IFF Inc is a fragrance project that used biotechnology and DNA sequencing to recreate the scent of three extinct flower species. The installation invites us to wholly experience what has already been lost through smelling the final product. Antonelli has a thorough understanding of the fact that museums exist as a means of granting public access to extraordinary examples of innovation, change, and beauty (not always mutually exclusive), and the conceptual pieces on display hit home the importance of addressing how our choices affect the environment by doing so in an intimate and emotional manner. 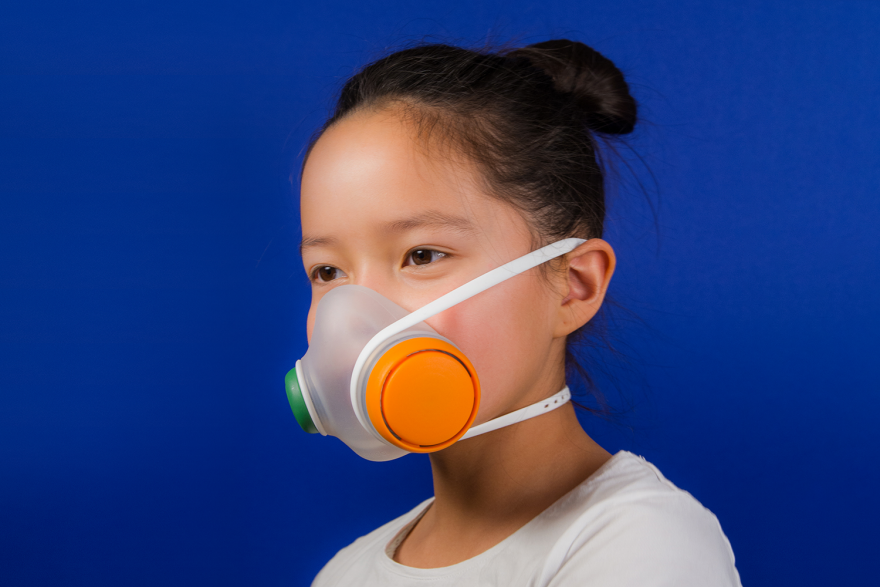 It should be noted that not everything in "Broken Nature" is merely a metaphor or future scenario—one room is filled with examples of products serving the current market, like the Woobi Play customizable mask for children in polluted cities, the Hippo Roller water carrier, and the Lia pregnancy test that is flushable and biodegradable. The designer should, of course, not just gaze far in the future, but also produce shining examples that are evidence of the steps we can do now to enact change. These products have meaning now in that they have the potential to shape the culture of society by replacing less sustainable products on the market, changing consumer habits, or helping communities in need gain access to necessary tools and supplies.

What struck me most during my journey through "Broken Nature" was not the ingenuity and problem solving skills of the designers involved (although this should absolutely be noted). Instead I walked away with a sense that the designer has an even more important role in the future—that of a messenger and storyteller. Designers, unlike many other professions, have the skill set not only to build a physical world, but to also envision one that is backed up by extensive research and understanding of the population they are creating for. 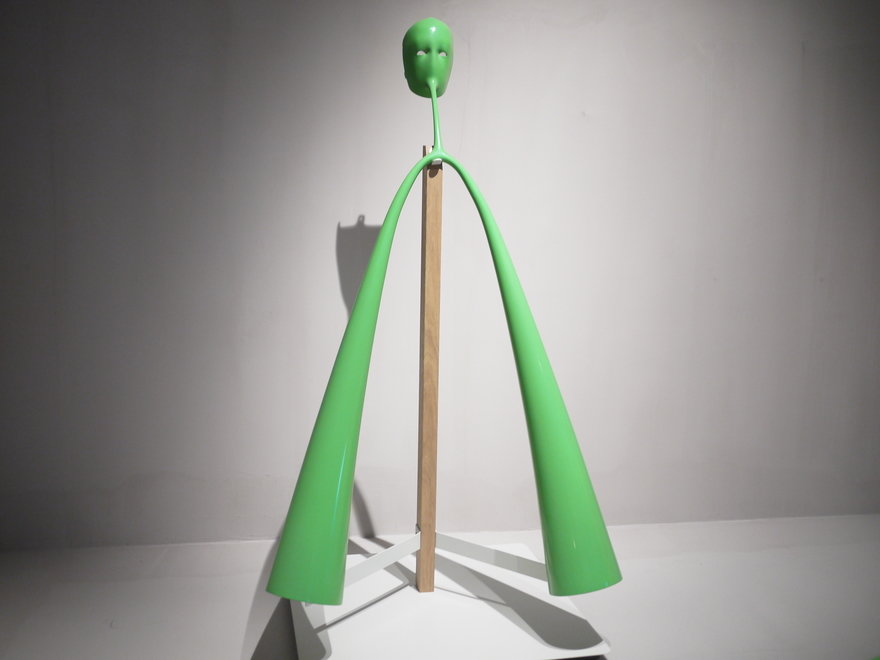 Examples like Dunne & Raby's "Foragers" tools indicate the unique positioning of the designer. Through extensive research on policies and innovations taking place in the present day, Dunne & Raby created conceptual products that reframe the goals for designers in the future. Their "Foragers" pieces are a series of masks used for farmers who utilize foraging as a main source of food collection. The tools presented in the exhibition are dramatic in form, but represent a true potential danger: food scarcity, which could come as early as 2040. The masks allow farmers to process items such as grass and algae, plant forms that will be in more abundance than traditional foods, so that it may be more easily digested. It's a dire scenario, but one that ultimately speaks to the optimism of the designer, looking for helpful solutions even in the darkest of moments. Designers are mediators through and through, whether they are simplifying complex data using infographics for a greater public, or co-collaborating with artists or engineers to bring a conceptual or marketable product to the world. It's a mandatory role in the future that's difficult for others to fill. 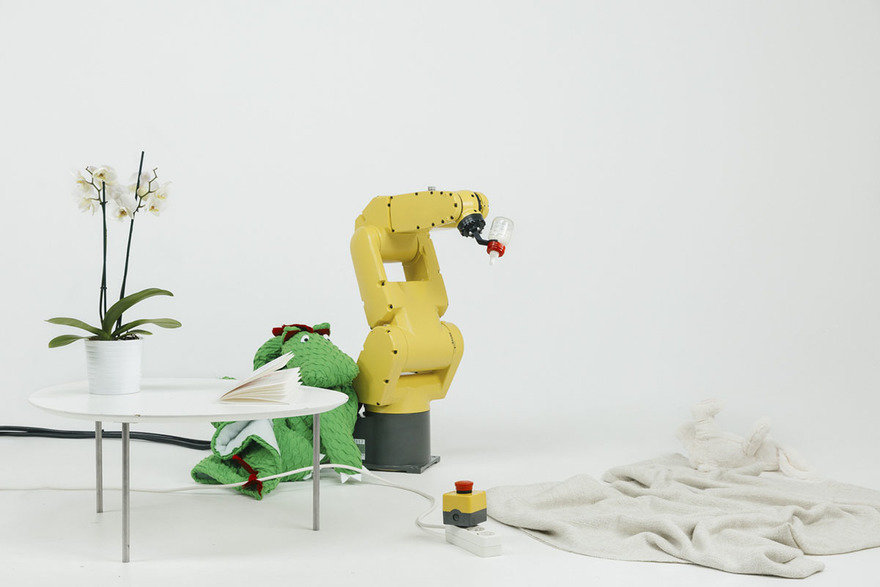 The show also highlights that a crucial trait of future designers is a sense of responsibility, and being cognizant of the effect their designs can have on society, both culturally and environmentally. "Raising Robotic Natives" by Stephan Bogner, Philipp Schmitt and Jonas Voigt is a friendly bottle-feeding robot that demonstrates how designers have a role in shaping how society views robots in the future. "SUN+" by Brecht Duijf, Lenneke Langenhuijsen and buro BELÉN addresses the dangers of sunscreen that not only stem from its plastic packaging, but also its pollution of the ocean's ecosystem by inventing alternative means of coverage. Being a smart designer means looking at any issue at all angles for maximal society impact, minimal environmental impact.

What "Broken Nature" ultimately emphasizes is that the role of the sensitive designer is both integral and urgent. And given the fact that this exhibition was created with the purpose of educating a larger population about the merits of design, it's also perhaps an invitation to younger onlookers that their voice could be a crucial addition to the design landscape of the future.