Re-invent the wheel? No, fold it 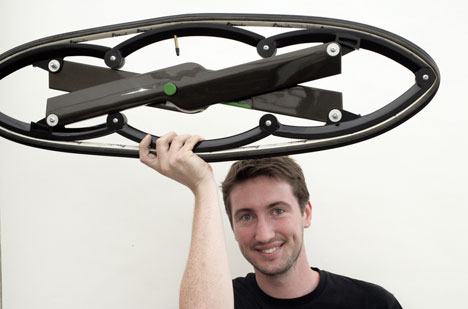 The problem with folding bicycles is that no matter how clever the design, the wheels tend to muck it up. Large wheels ride better but are bulky to incorporate, whereas smaller wheels hide away better but provide a crappy ride.

Freelance industrial designer and avid bicyclist Duncan Fitzsimmons may have solved the problem, by designing a wheel that can itself fold. Made of carbon fiber with hinges, the unusual design is currently being looked at by unnamed "major manufacturers," and Fitzsimmons hopes to have the wheel, and a better folding bicycle, on the market soon.

Re-invent the wheel? No, fold it